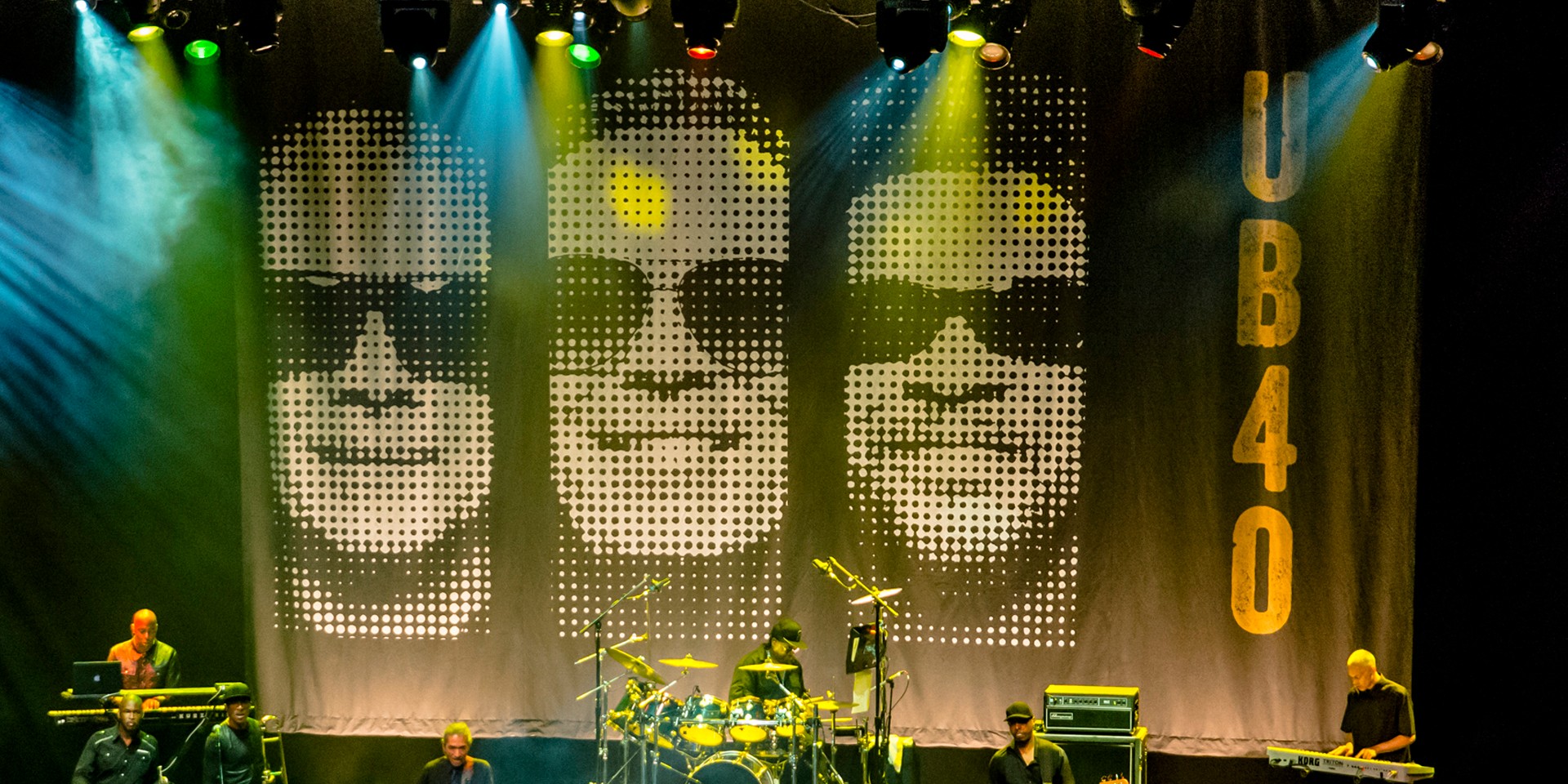 There is a lot of confusion that surrounds British pop reggae band, UB40. It is important to note that there are currently two versions of the band that exist since lead singer, Ali Campbell, left the original lineup in 2008 to pursue a solo career.

Shortly after in 2008 and 2013, he was joined by keyboardist, Mickey Virtue, and percussionist/vocalist, Astro, respectively. The three of them decided to start their own version of UB40 under the name We Are UB40. You can see where the confusion comes from.

This means that when you get tickets to see UB40 perform live, you’ll be watching either UB40 or uh... We Are UB40. I have no idea how that works out in the legal department but as long as there’s still good music being made by both UB40s, I can’t complain.

Confusing or not, the latter version of UB40 headed by Campbell, Virtue and Astro did not fall short of amazing on Saturday night at the Mastercard Theatres in Marina Bay Sands. The trio, backed by a full seven-piece band, took us through two glorious hours of proper reggae-fusion music, going through the best of their old chart-toppers and material from their new album, Silhouette. 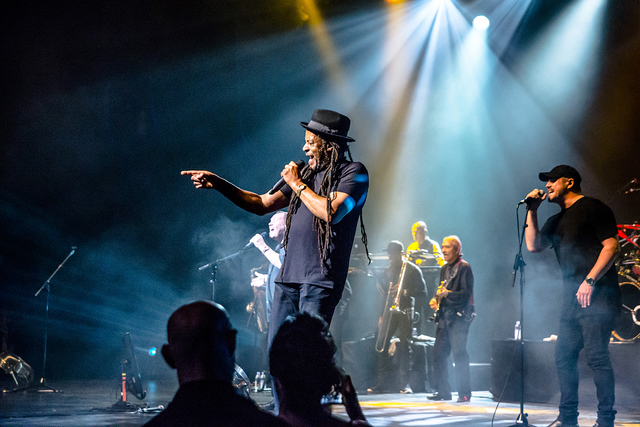 The band opened with such dynamic zest, starting the evening on the right foot with their 1991 cover of Al Green’s 'Here I am (Come and Take Me)', followed by their version of The Chi-Lites’ 'Homely Girl'. All ten performers onstage played their instruments with crisp precision, glued to jaunty grooves that cut straight through into the soul, keeping in perfect rhythmic equilibrium throughout every song.

The rest of the concert showcased a revamped and refreshed UB40, updating a lot of their 80’s synth sounds with more modern patches while still retaining the flavor of the original. This version of UB40 were happy to be carrying on the band’s name and weren’t afraid to have fun on stage and judging from the long snaking queue at the drinks counter outside, everyone in the audience was happy to have fun with them.

“Are you having a good time?” asked Astro halfway through their set. I screamed in agreement, throwing my hands in the air and almost spilling my fourth glass of red, red wine. (I didn’t think it’d be appropriate to drink anything else.) 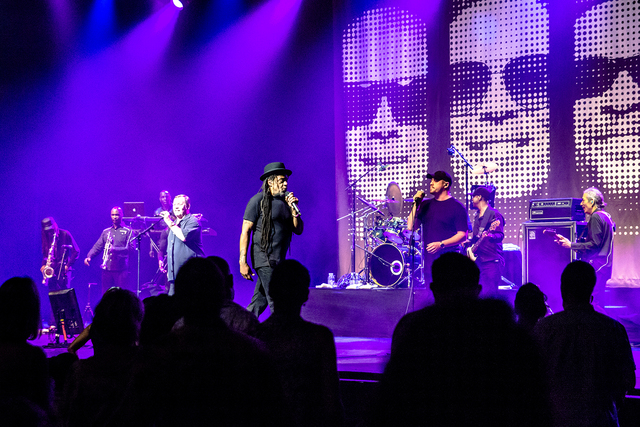 While it was nice listening to the band’s new material, including their new cover of the doo-wop classic, 'Silhouette', it was their biggest hits from their album Labour of Love that received the loudest cheers. “I want to hear you, Singapore!” shouted Campbell, egging the crowd on just before going into 'Cherry, Oh Baby' and 'Would I Lie To You'.

Though the band enjoyed most of their commercial success from re-inventing existing songs, they also have an arsenal of original songs which they fitted in between their covers. 'Fijian Sunset' and 'Cyber Bully Boys' received the warmer reactions, the latter being written about Campbell’s ill-treatment by his brothers in the other version of the band after the acrimonious dispute. Despite the strong political message behind it, the band still performed the song with class, never once harping on the tensions with former members of the band. 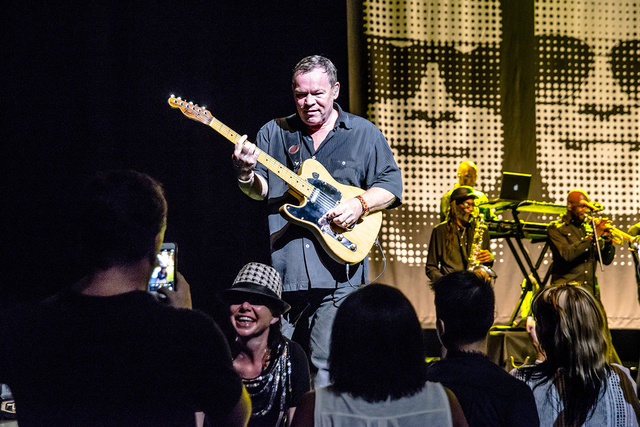 The biggest moment of the evening, however, was reserved for the band’s finale and encore numbers that included 'I Can’t Help Falling in Love', 'Kingston Town', and of course, 'Red Red Wine'.

Being such a huge UB40 fan, it was surreal seeing my musical heroes do what they do best on stage. Though there were only 3 original members present, it was the closest to the original UB40 that I could get. But no matter what combination of people or name they choose to go by, it remains clear that UB40 will continue making waves in the reggae pop scene for a long time to come. 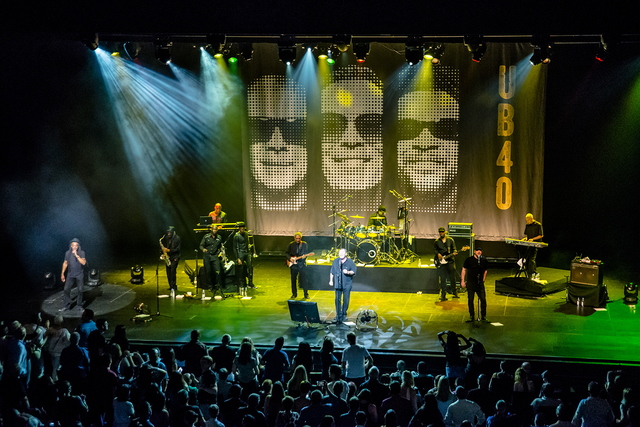