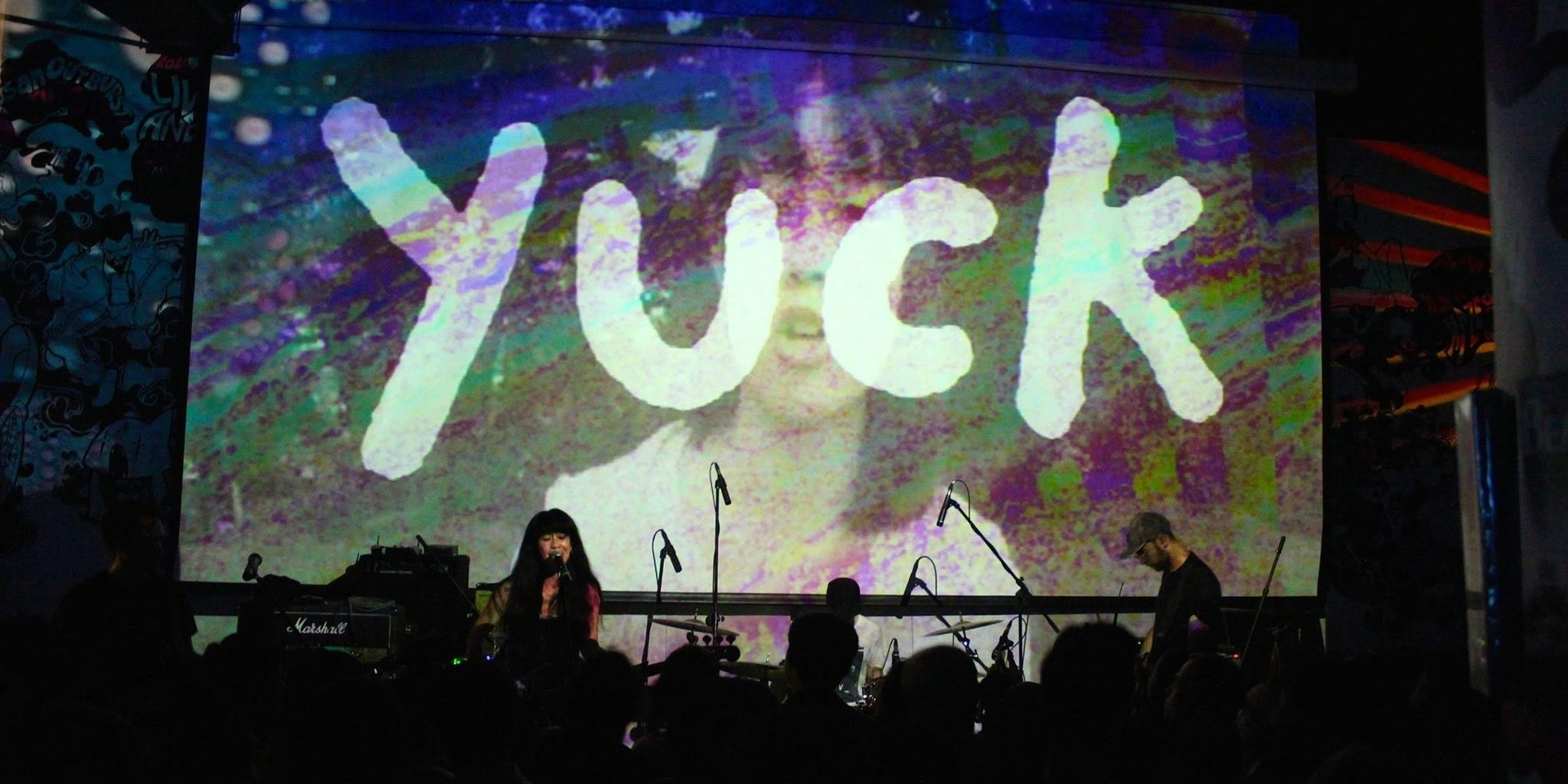 Five years after making their Singapore debut at 2011's St. Jerome's Laneway Festival, Yuck returned to our shores for a night of 90's inspired music at Hood Bar & Cafe, courtesy of indie patriots Songs for Children.

Embarking on a tour around the region in light of their most recent release, Stranger Things, much has changed for the four-piece band since their last Singapore shindig.

Yuck broke into the indie music scene with their sweetly nostalgic self-titled debut Yuck in 2011. Channeling the likes of Dinosaur Jr., Pavement, Sonic Youth and Elliot Smith, Pitchfork hailed it as "a deeply melodic, casually thrilling coming-of-age album for a generation that never saw Nirvana on 120 Minutes." 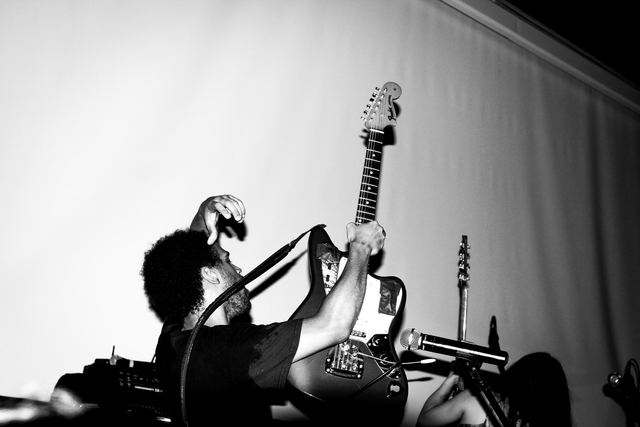 Since then, the band has more or less remained just as musically inspired by the 90s since guitarist Max Bloom took on the role of lead vocalist following Daniel Blumberg's departure in 2013.

With Bloom taking the helm from Yuck's second LP Glow & Behold onwards, the sometimes deeply fuzzy yet lackadaisical melodies the band have made themselves famous for were on full display when they took to the stage on Tuesday night.

The buzzing crowd at Hood Bar & Cafe was evenly split between those dressed in typical professional gear, and young, indie cap-wearing hipsters. Matching Bloom's attire of an esoteric band t-shirt paired with a cap and tortoise-shell glasses, it was a crowd that fully embodied the younger generation X and millennial fans we assume make up the majority of Yuck's fan base. 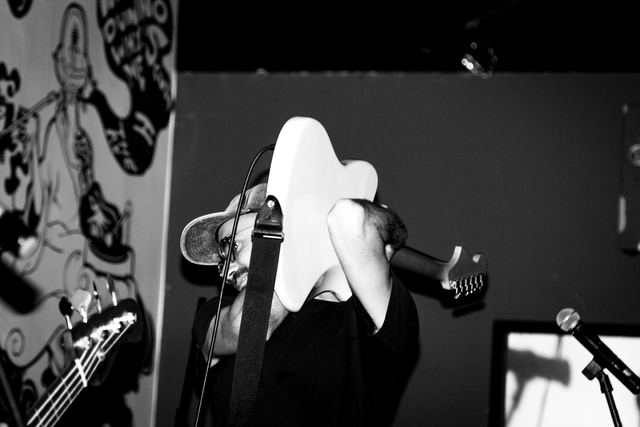 Opening their set with 'Cannonball' and the My Bloody Valentine-esque 'Hearts in Motion' from their latest release, the crowd was treated to an eclectic mix of some of the best songs from all three of Yuck's albums.

Although the beginning of the gig was marred by a few technical difficulties (first with the projector, which delayed the band's set by nearly half an hour) and sound issues for the first three songs of the night, all sounded well by the time they performed their fifth song, the guitar lick-heavy 'Get Away' from their debut LP.

It was after 'Get Away' that Bloom finally addressed the crowd, showing himself to be as awkwardly charming as Yuck's songs. But this subtly strong stage presence was evident in all the band's members; having played alongside legends of the scene by supporting The Pixies, Teenage Fanclub and their most commonly associated act, Dinosaur Jr., each member exudes the self-aware and somewhat shy but undeniably confident character their music has come to sound like. 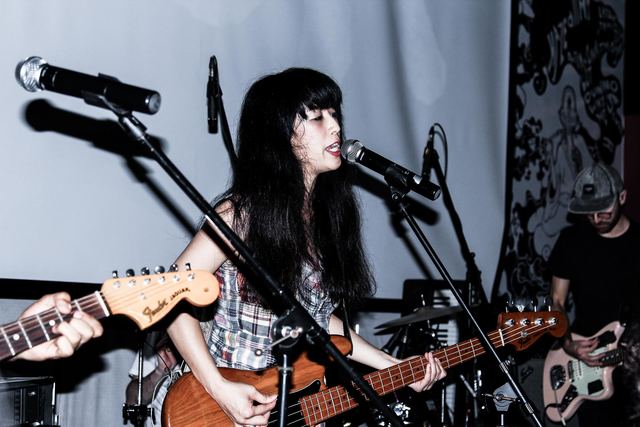 We were extremely pleased to witness the crowd let loose during the more upbeat songs performed by Yuck, with members of opening act SUBSONIC EYE gladly initiating and sustaining a lively mosh pit (by Singapore's standards, at least) for the second half of Yuck's set. After what seems like constant complaining for Singapore's music fans' unabating stiffness at gigs, we were well impressed that Yuck were able to shatter through that glass ceiling.

We actually felt that the band were at their best when performing their slower, more ambient renditions of songs like 'As I Walk Away' and 'Rebirth', but a beautifully crooned cover of Japanese ballad 'Nada Sou Sou' by bassist and female vocalist Mariko Doi during the encore did the trick in sating our desire for a dreamy escape.

We were hoping they'd play a few songs from their wonderfully woolly Southern Skies EP, but considering this gig was sold out and that Yuck's band members are good friends with the founders of Songs for Children, we have a (hopefully not foolish) feeling this won't be the last time the band will travel to our shores. When they do, we'll surely be there again to cheer them on. 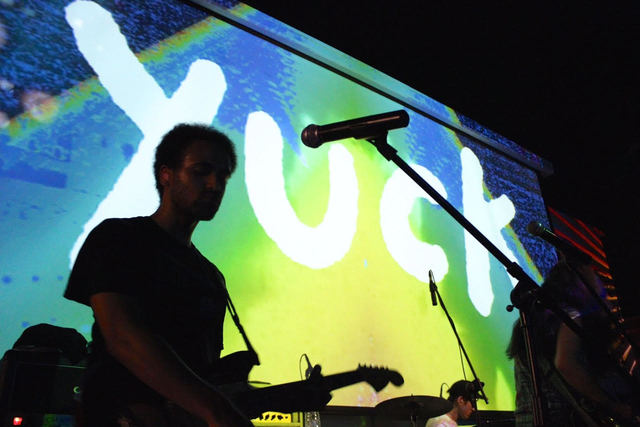 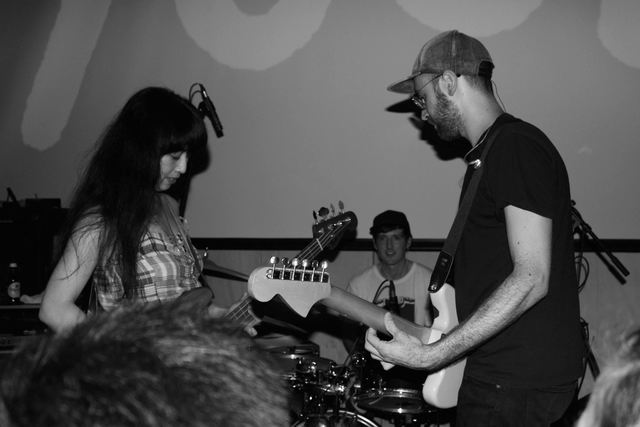 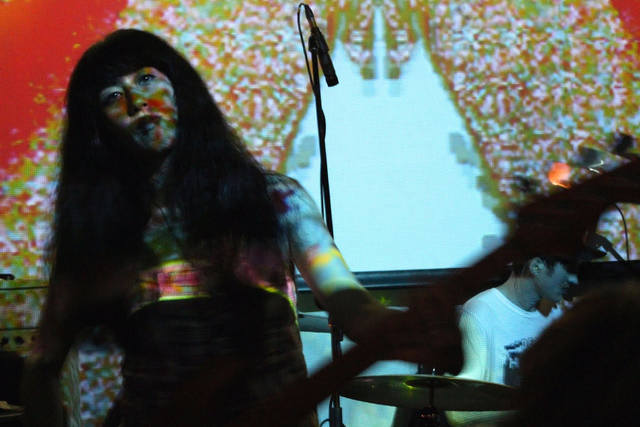 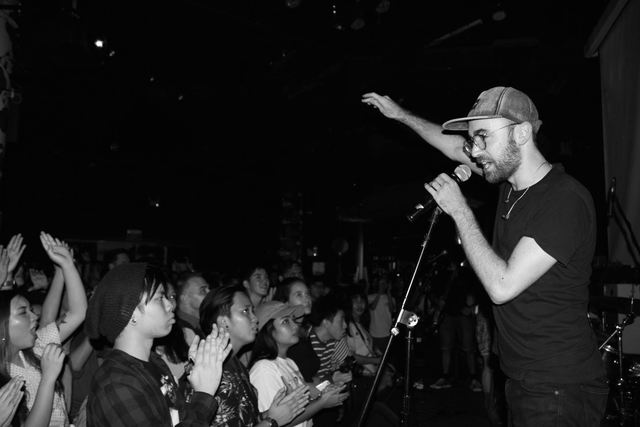