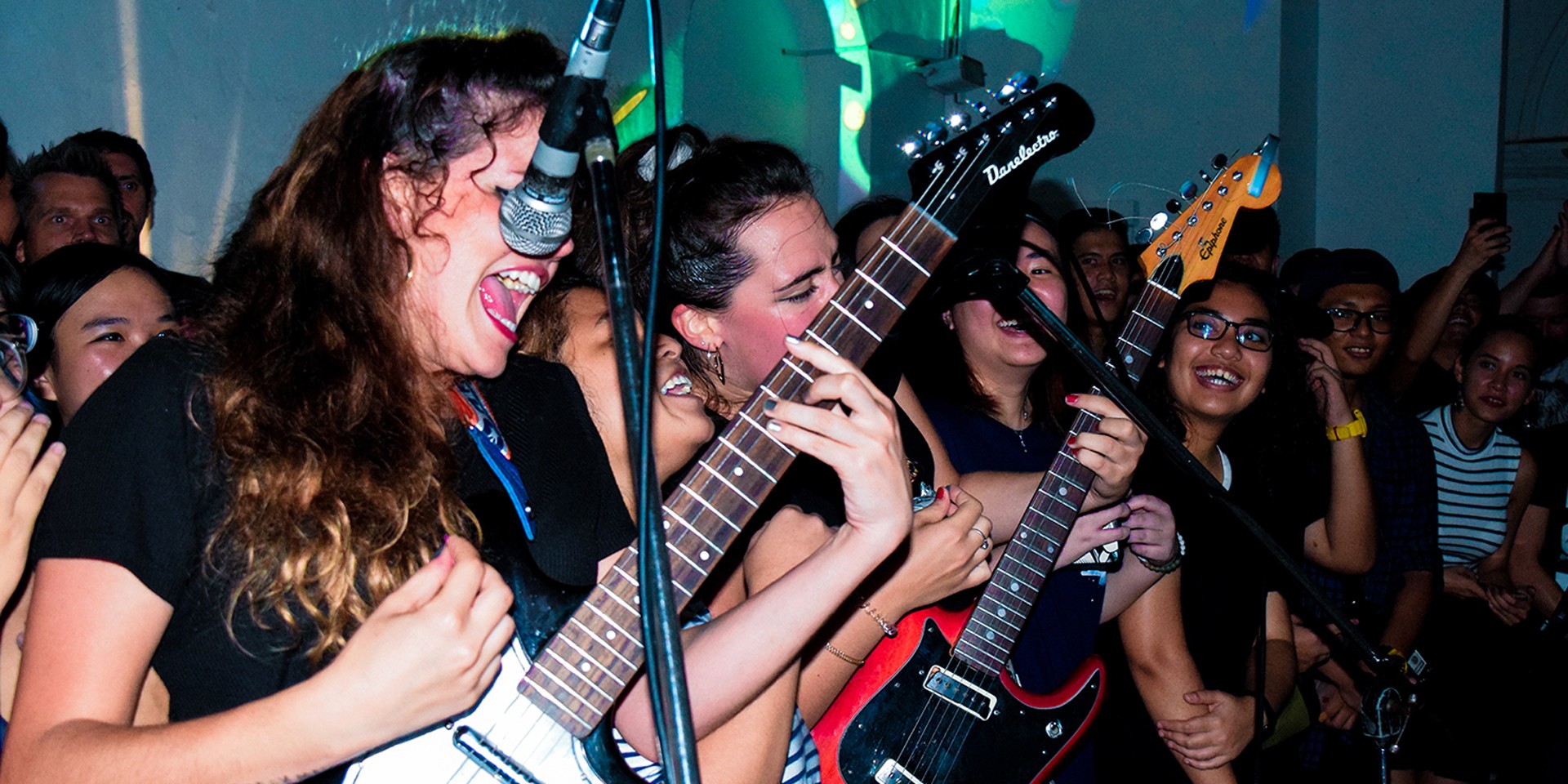 The evening of May 11th at kult kafe was a sweat-fest.

The air was moist, limbs were sticky, and every individual movement seemed to make the venue’s intimate space pulse like Vesuvius before she showered Pompeii in a sea of molten ash and lava.

This temperature, however, set the perfect atmosphere for Hinds — the lo-fi indie band made up of four young Madrillenas rounded off their latest tour supporting Leave Me Alone in Singapore, their universally lauded debut album.

Since April, Hinds have travelled to four different continents (Asia, Australia, Europe, and the US) and have played a gig every night in the last month. Such a feat would exhaust even the most seasoned of oft-touring bands, but you would never have guessed that this was the case when Carlotta, Ana, Ade and Amber took to kult kafe’s stage last Wednesday evening.

The night began with Singapore’s own Obedient Wives Club playing an opening set of their doo-wop sounding indie shoegaze. Performing both new and older material, hearing the band’s songs live made us feel like extras in God Help the Girl; transporting us down memory lane to the nostalgic and swaying sounds of early-noughties indie.

Although the room was surprisingly crowded, the audience’s evident unfamiliarity with Obedient Wives Club’s music made for a lack of connection between the band and the audience. With a stage only six inches above the ground the audience was standing on, the gig’s atmosphere at this point was awkward and stiff as the spectators simply stood and stared at the band crooning away barely two feet in front of them.

After what seemed like an eon of double- and triple-checking amps and speakers following OWC's set, Hinds entered the room amidst a cheering crowd that spread like the Red Sea to let them onto the stage.

And as soon as the girls hit the stage, any worries we had at potential crowd stiffness affecting their performance went out the window — it’s no wonder Hinds have set the trail ablaze, watching them live is like watching a four firecrackers explode in a contained space. 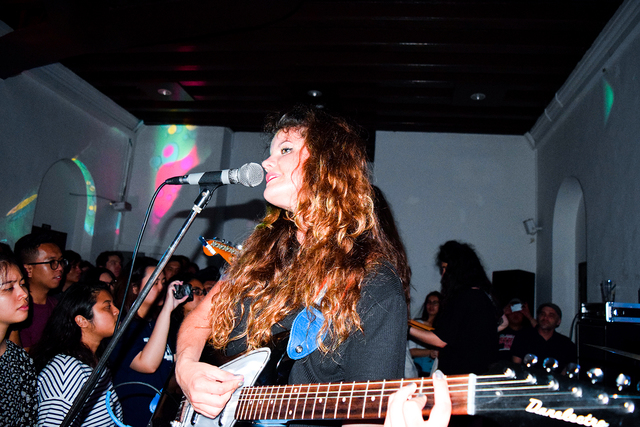 Early on they announced that this Singapore gig was a special one because it would be the last of their world tour. Naturally, this suggests that the band would attempt to make it a show worth remembering, and boy oh boy did they deliver.

Every song they played, even the slower ones like ‘Easy’ and ‘And I Will Send Your Flowers Back’, was amplified and made dance-worthy purely due to the infectious spirit and evident enjoyment Hinds oozed as they rocked out on their instruments. Watching them play made one thing explicitly clear: these girls are in their element when on stage.

Yet it wasn’t only that they were having a blast playing live, it seems that every member of Hinds was born to perform and to perform well. Playfully ad-libbing in songs, and consistently sharing smiles between one another on stage, the band may be young but their mastery of their material is a testament of not only their talent, but of where they stand as a band. 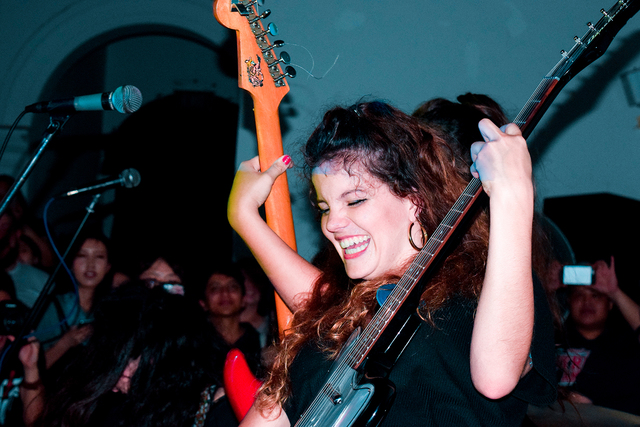 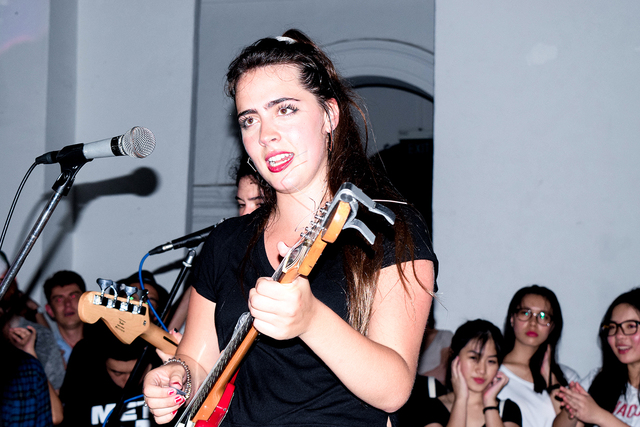 What’s more — can there be more?! — Hinds are funny; their in-between-song chatter had the audience giggling and whooping with pleasure.

Although the audience only managed to loosen up to a moderately appropriate level towards the end of Hinds’ set (with the fun the girls were having on stage and the heat of the venue, you’d have to be soulless not to loosen up at all), we know all too well that not much can be expected from the Singapore crowd in terms of being in the moment.

This was probably the only downside of the evening, but even then this is just us being nitpicky — Hinds’ pure performance prowess made the overall experience a great one. 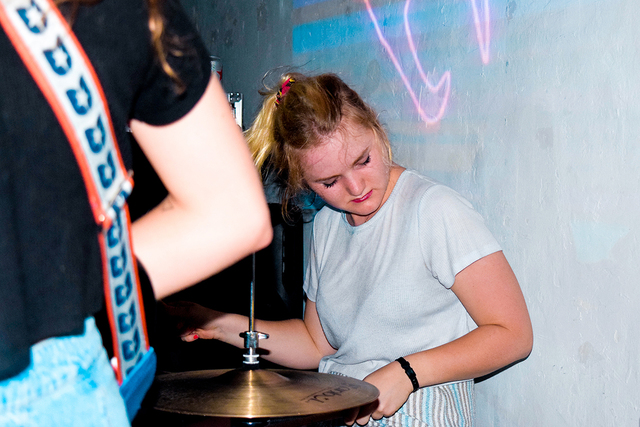 Appropriately ending their set with ‘Trippy Gum’, the “woo-ooohs” of the song had each audience member smiling and perhaps finally realizing how lucky we were to witness the spectacle that is Hinds in a venue as small as kult kafe’s.

The girls departed the stage to a raucous applause of whoops and cheers, and the crowd’s call for an encore was accepted with a spirited rendition of ‘Davey Crockett’. The band’s excitement at this song being the official last song of their Leave Me Alone world tour seeped through in every word and movement the girls made on stage, and to us as well.

Bless Hinds. Bless them and their unwavering commitment to putting on a good show despite their fatigue, the heat, and the less than enthusiastic crowd. Hinds, it was an absolute pleasure to watch you perform live. May we sweat together again sometime soon. 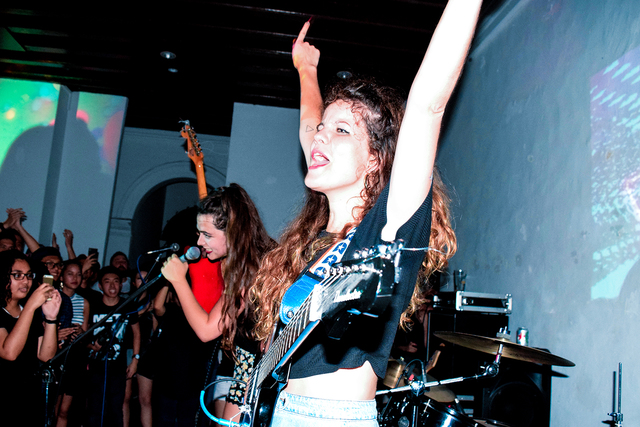 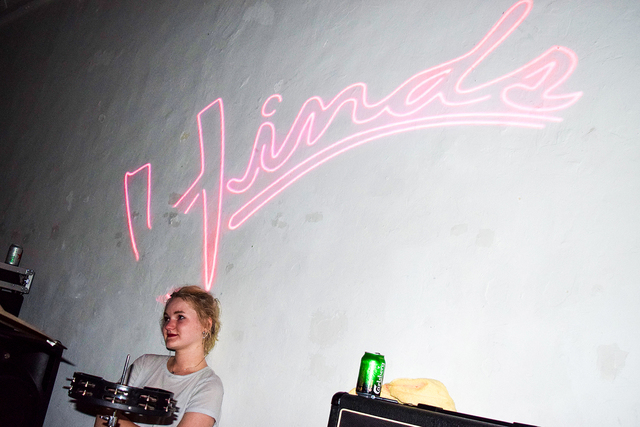 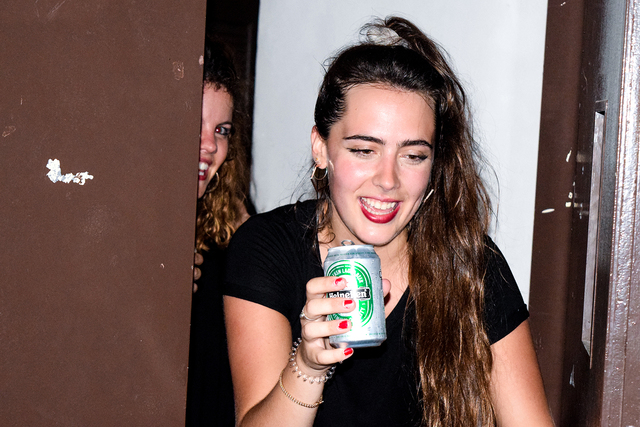 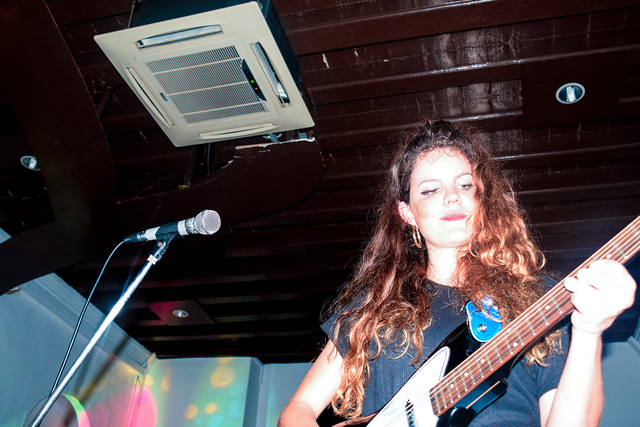 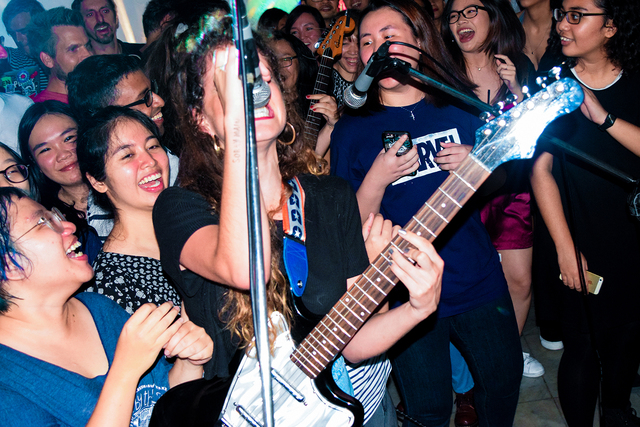