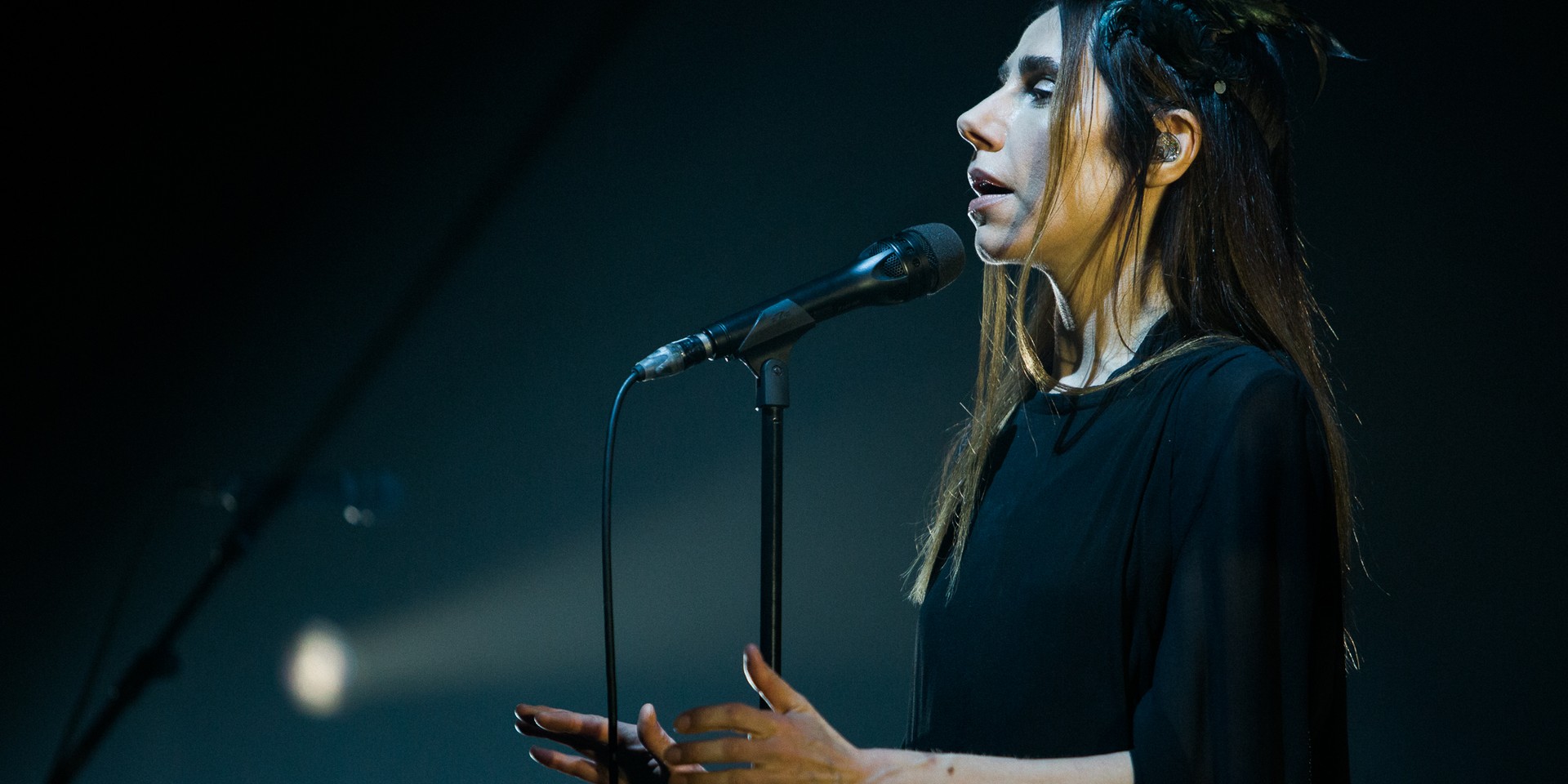 Here's the thing about PJ Harvey: she started out making music in the early 90s, clinched fame in the mid-90s and has since been going at it, solidifying her position as one of rock's fiercest and most eclectic songwriters. Her albums are heralded as some of the greatest in modern rock, and her legacy as a musician has certainly cemented her status as a "veteran".

But if there was anything we learned from her first show in Singapore, is that she isn't — and may never be — a nostalgia act.

We've seen plenty of acts in Singapore — experienced performers of varying degrees — and their first shows in the country are usually littered with fan favourites. They probably understand that most fans that are queued up outside the venue have been eagerly waiting for this day for years, even decades. They want to give the crowd what they want.

Not PJ Harvey. Not only did she leave out most of her classic material from her setlist — obliging with the same setlist arrangement she's been following on her current tour — but she played all 11 tracks off her gritty and worldly new album The Hope Six Demolition Project at the Esplanade Theatre. 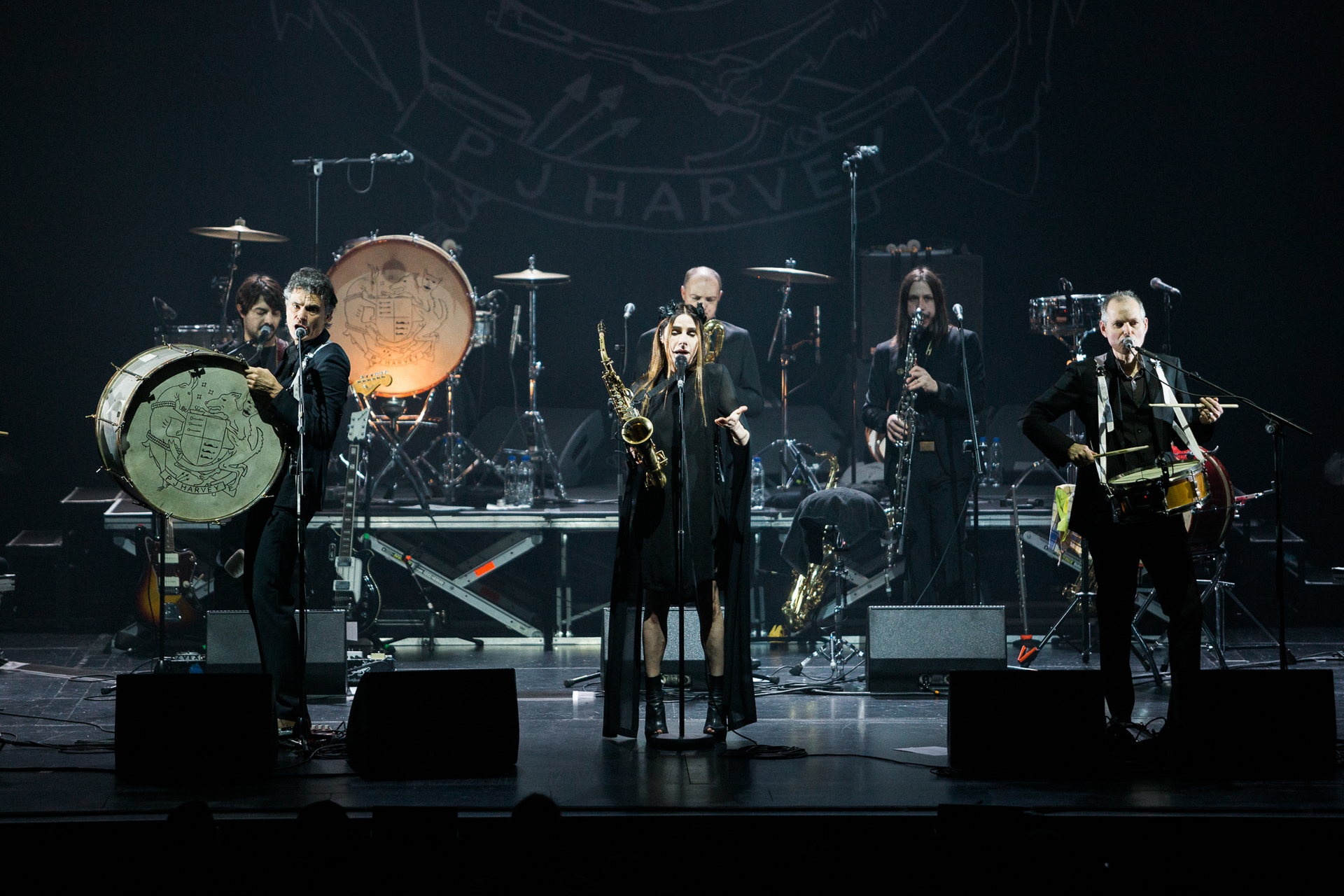 It's an album that, for its stark documentarian approach and complex psychedelic instrumentation, isn't PJ Harvey's brightest hour. The real-world stories she portrays through these songs — inspired by her trips to Kosovo, Washington DC and Afghanistan — are nonchalantly patched together and merely left to be exhibited, feeling less like a commiseration for the victims of injustice, and a lot more like, "Look over there, people are suffering!"

And yet, in a live setting, these songs felt real — not just fleshed out one-by-one, but weaved in with tales of World War I ('The Words That Maketh Murder'), abortion ('When Under Ether'), filicide ('Down By The Water'), and redemption ('The River'), carefully unearthed from PJ's vast discography.

A lot of it had to do with the fact that PJ Harvey and her band were simply flawless performing these songs live. 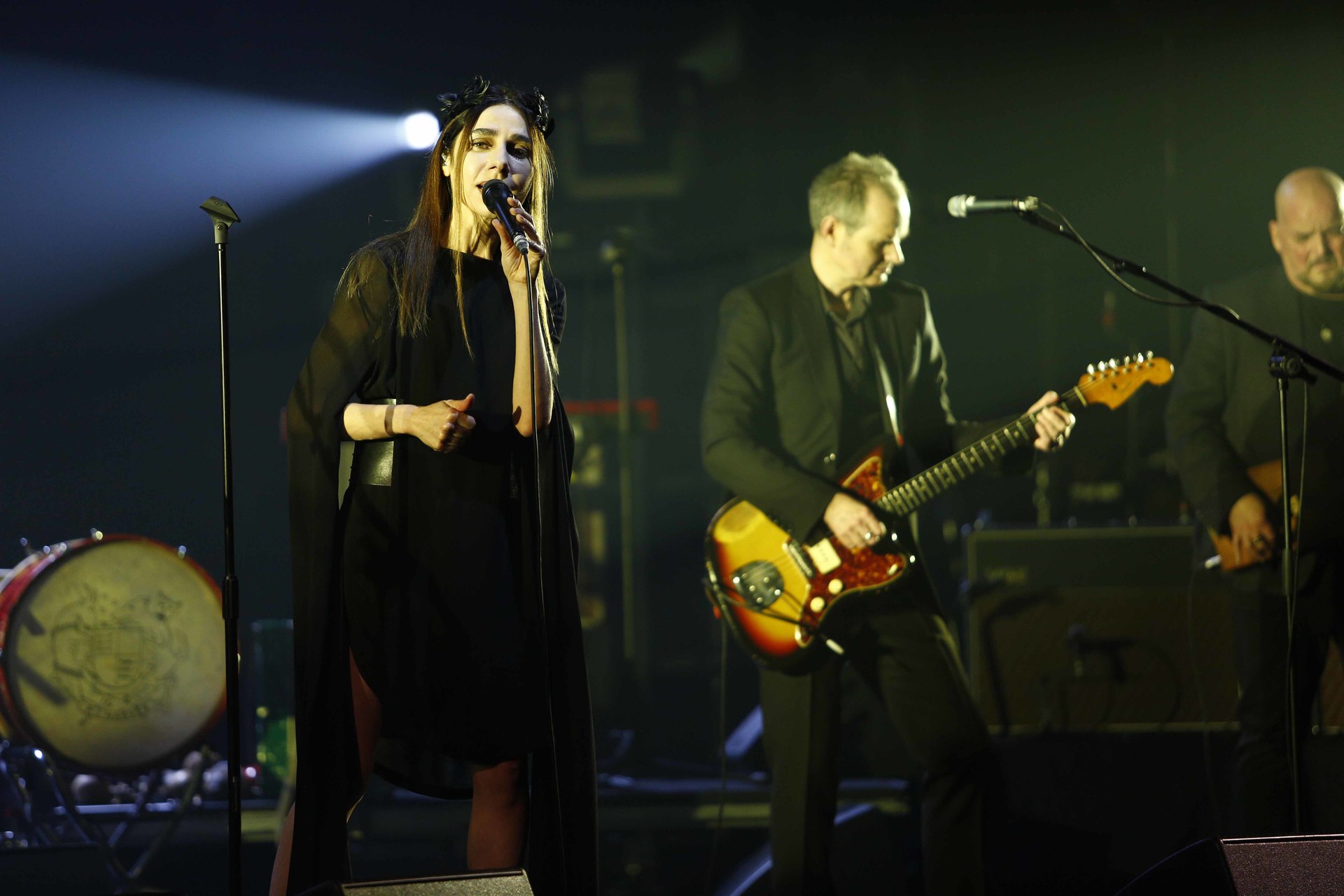 Her 10-piece backing band — comprised of veteran musicians, including frequent collaborator John Parish and former Nick Cave And The Bad Seeds member Mick Harvey — took up various roles onstage. From marching snare drums to blazing tenor saxophones that roared viciously when paired with electric guitars, it especially became the perfect set-up for the first half of the setlist.

Comprised entirely of songs off the new album and her award-winning, anti-war 2011 album Let England Shake, these songs were given a proper live treatment, and it also gloriously displayed just how these albums work in tandem — the latter an unflinching look at a pivotal event in history, and the former a treatise of modern-day repression. 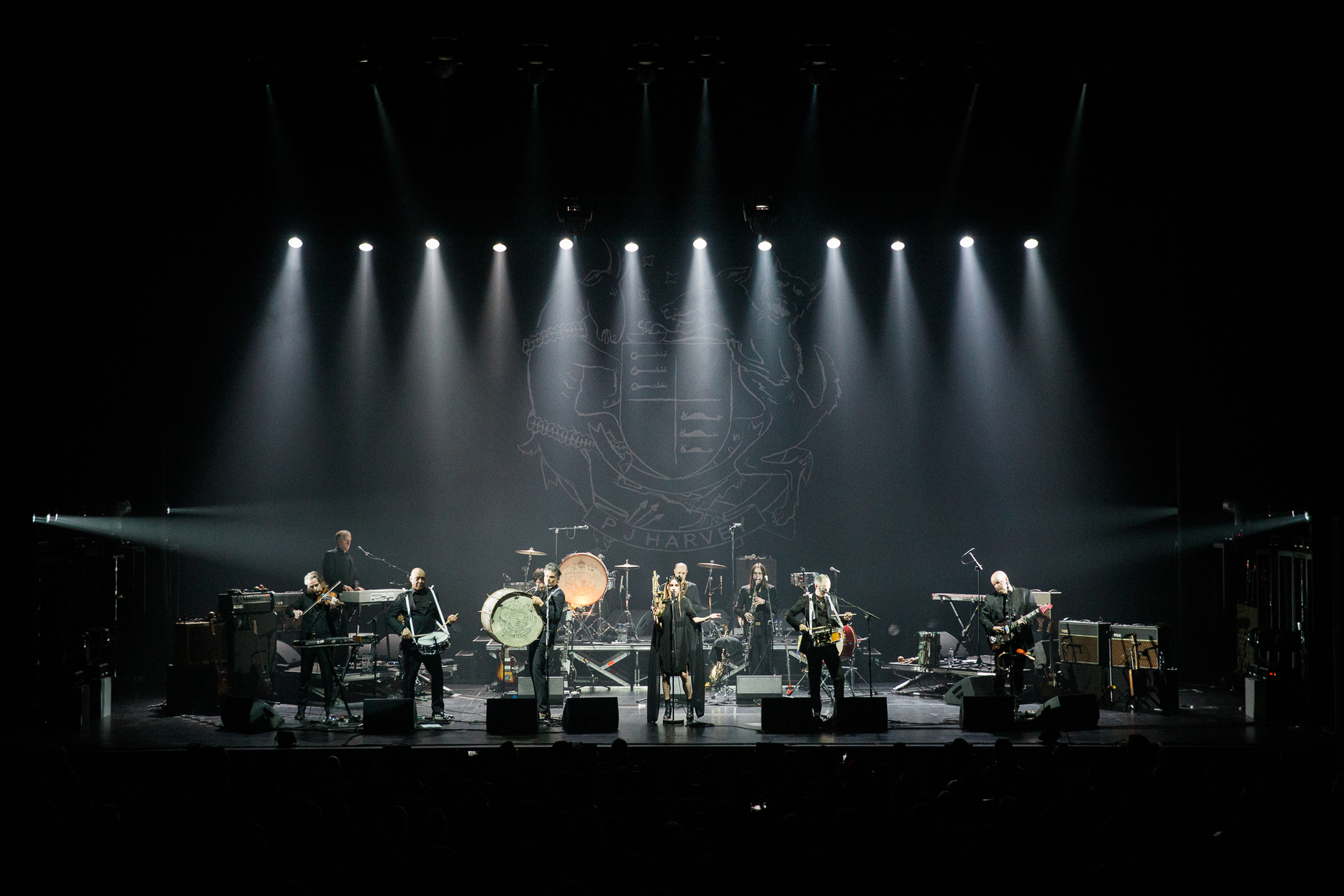 PJ Harvey has since abandoned the traditional live set-up for a rock band (there was no regular drum kit onstage), and the personnel enlisted for her new vision executed these songs with total baroque glory — with saxophones wailing and drums resounding loudly in the Esplanade Concert Hall, they lent a Herculean weight to her startling compositions.

It was the showcase of the PJ Harvey of now — cleansed of soul-sucking introspection, now looking upon the world through wary but unwavering eyes.

But it was also bad news for fans who loved her in the 90s for her unhinged personality and intensely personal anthems, songs that personified her 1993 masterpiece Rid Of Me and her underrated 2000 album Stories From The City, Stories From The Sea. In fact, only one song appeared on the setlist from the former ('50ft Queenie'), and the latter was left entirely untouched.

It was also why when PJ Harvey finally dug out two songs off her iconic 1995 album To Bring You My Love ('Down By The Water' and the title track), cheers resounded the loudest in the hall and fans fervently rushed to the front of the stage, on a night where most were clung to their seats. 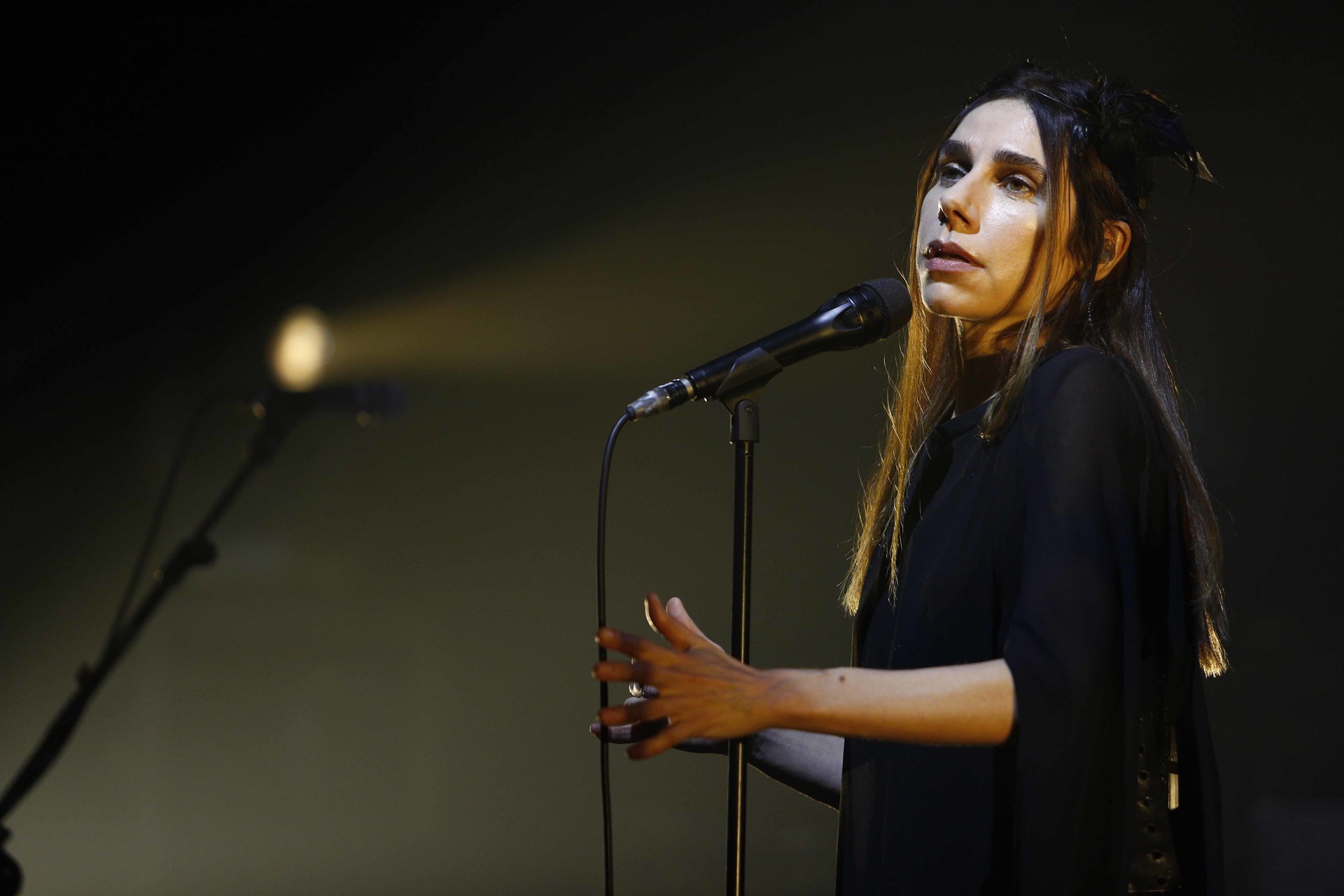 Their dreams of experiencing older material, however, were quickly dashed when PJ and her band followed those two songs with 'River Anacostia', the caustic song off the new album that made her an enemy of Washington DC (and maybe, perhaps, a few fans that night).

But for the people who gave the band a lengthy standing ovation just before the encore, and an equally hearty one at the end of the night, they came to the realization that PJ Harvey owed absolutely nothing to them — except to bring a show with striking artistic conviction. 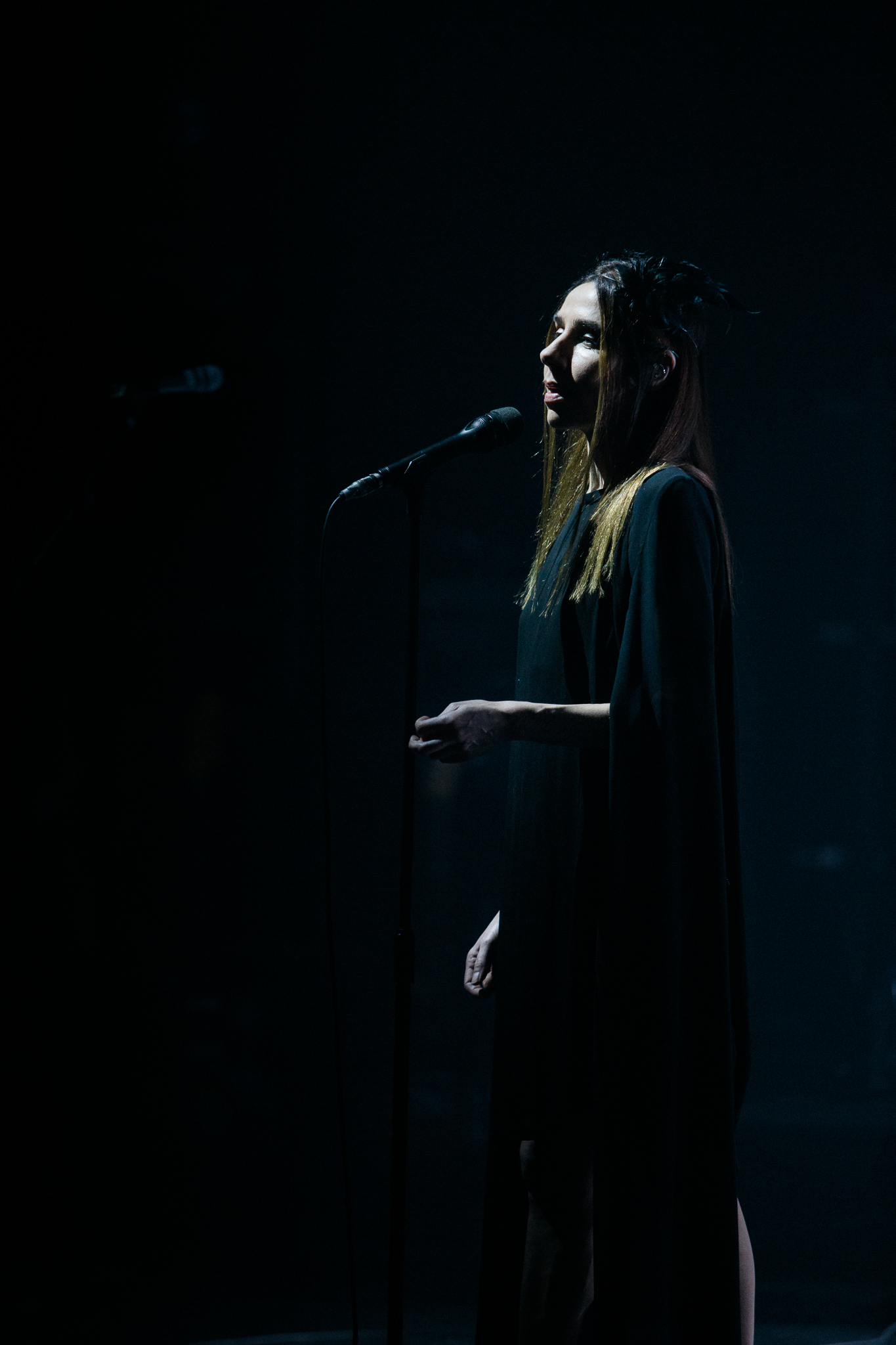 Special thanks to The Esplanade for the invitation.