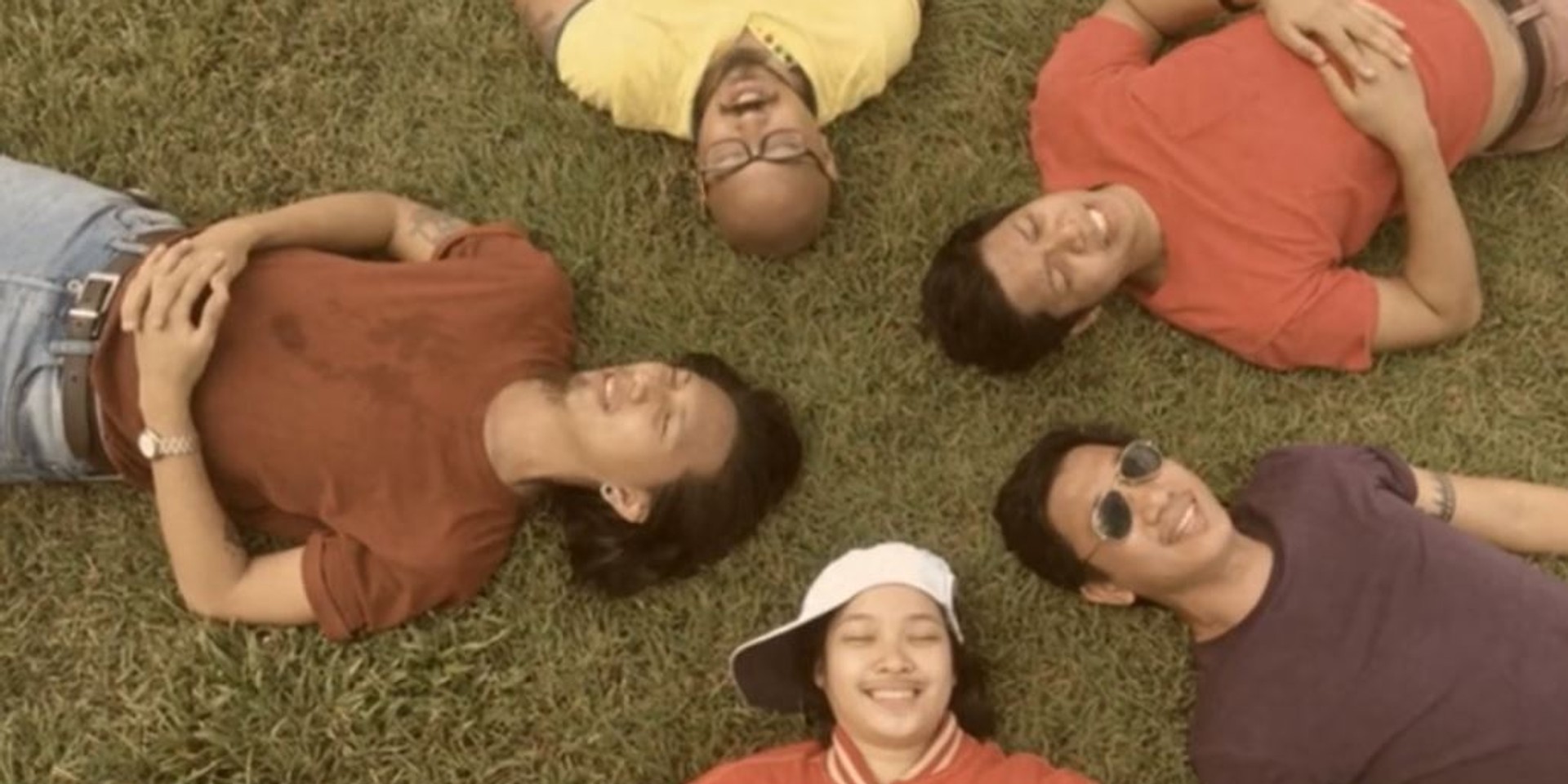 Giniling Festival take you back to days of video projects for school with their latest offering.

On Sunday (09/08), the Filipino rock act dropped the official visual for their single 'Mas Mababaw, Mas Maligaya,' off their third studio album A La Hoy via Terno Recordings.

The video follows the band as they cheer up their Maricel-Soriano-one-of-the-boys friend, portrayed Precious Capistrano of the band Presh, by turning to old school tricks and dances that would make '80s and '90s kids reminisce the games they'd play to keep themselves entertained on warm summer days.