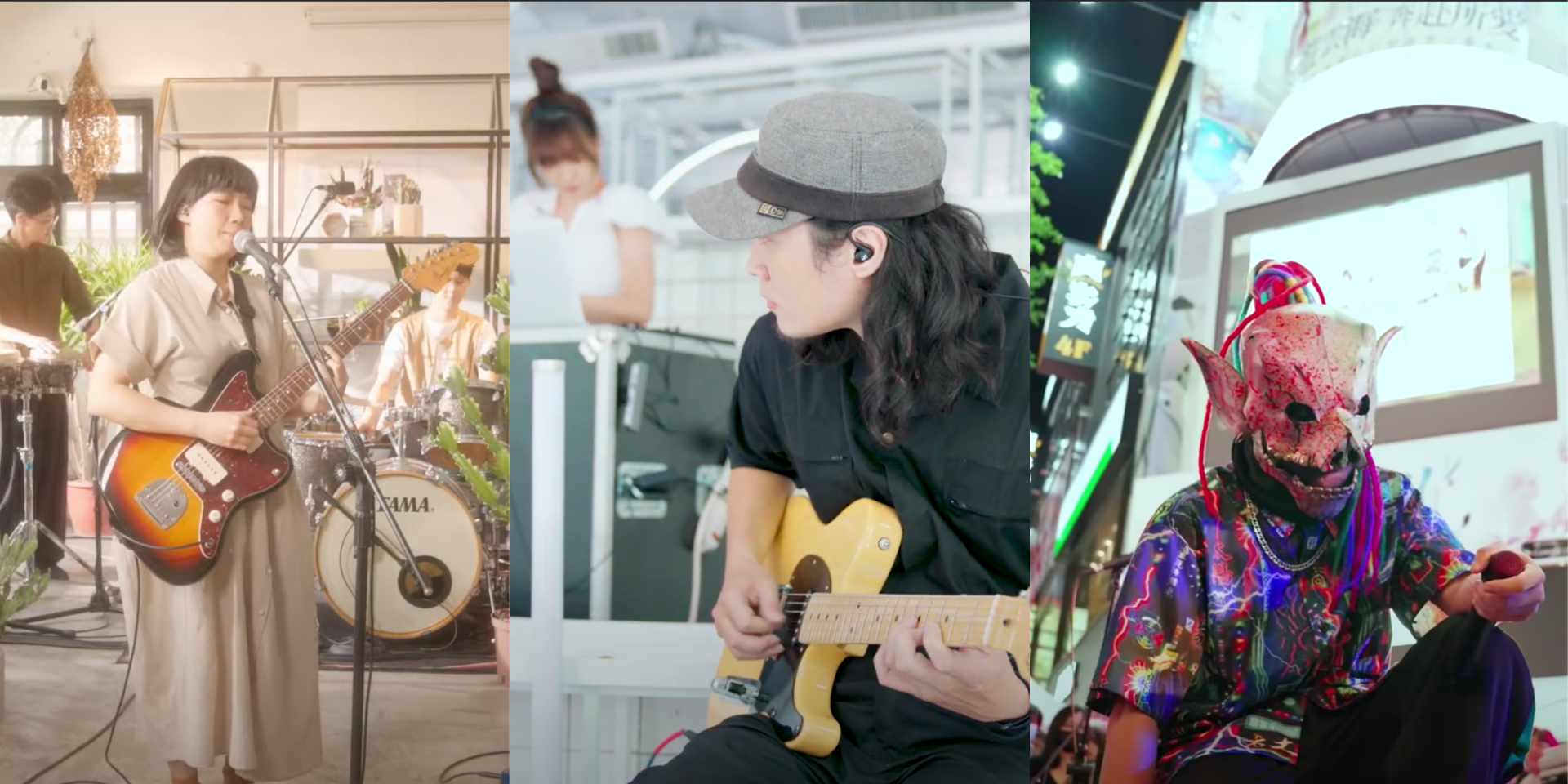 Words by Terry Ng
Photography by LUC UP!

The videos premiered on LUCfest's YouTube channel LUC UP! and were part of the Taiwanese showcase at Primavera Pro 2021, an annual global music conference held in Barcelona, Spain.

The three bands were selected by LUCfest and event co-organizers Cultura Taiwán en España to represent Taiwan at the online conference and showcase the country's unique and multi-faceted music scene through their performances.

Shot at different times of the day, the first video featured indie act Huan Huan performing their hits 'Monroe', 'Lauren' and 'Water Can Go Anywhere' in a bright, sunlit plant shop. The alt-rock tunes are cheerful and feel-good to tie in with the idea of getting the right start to one's day.

The second video stars electronica quintet Go Go Machine Orchestra performing their songs 'Morse Code' and 'Pascal's Triangle' in a historic bathing house located in Songshan Cultural and Creative Park. The minimalistic set was shot on a quiet afternoon and aimed to create an exciting fusion of sounds and architectural styles found across different generations.

The series of videos culminates in a night-time performance by deathcore band Flesh Juicer as they take to the streets of Ximending, a youthful cultural hub in Taiwan. The energy of the crowd reached a fever pitch as the band played hits like 'Welcome to Taichung City', 'GOLDEN TAIZI BRO', 'Love U 99' and 'Ocean Deep'.

The videos were filmed before the recent tightening of pandemic restrictions in Taiwan.