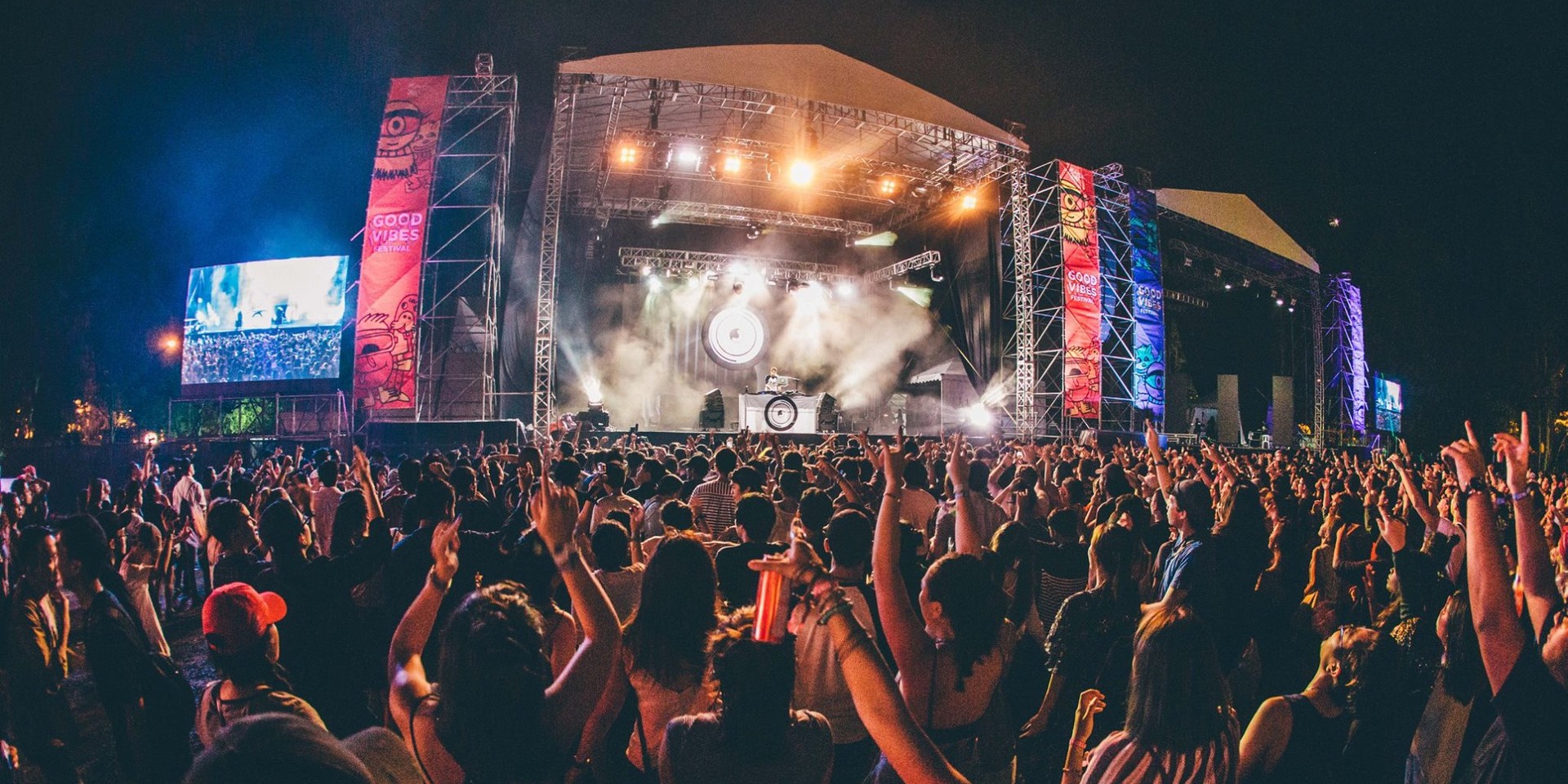 While it's unavoidable that there will be acts you'll miss, we've made it much easier with a personality quiz — one that will give you a good case of music overload. No matter who you'll catch the festival, you're bound for a good time. Let us help you make it better.

We've separated the acts on Good Vibes Festival into four concise imaginary festival stages for each personality result: the House of Rock, Carnival of Synths, the Beat Boutique, and Troubadours & Tissues.

From there, get the low down on each act and why you should watch them, a sample of their best work, and when you can watch them.

The famed four-piece from Versailles, France are moving forward in 2017 with a brand new album — the exquisitely synthy Ti Amo — but fans are always eager to hear the bands more rock-centric material. Heck, even if they play the entirety of Wolfgang Amadeus Phoenix, we're sure everyone would leave the festival satisfied.

These Irish lads have caused a storm in Asia in recent years, bucking the trend of dance-pop songs to enter radio charts across the world with heart-rending anthems. The band will make their way back into the region, and if their previous shows were any indication, be prepared to camp early to get a good spot.

The post-Britpop explosion of indie rock bands is something that still lives on today, but one of the biggest success stories of the 2000s, The Kooks, remain strong a decade after their formation. They're known for catchy singles and jangly guitar melodies, but keep your eyes on them at the festival and you'll be hooked by their deeper cuts. Watch them try out Singaporean cuisine here.

One of Malaysia's absolute finests, Killeur Calculateur embody their peculiar name perfectly: a combination of wicked smarts and potent intensity. Whilst the band has branched out musically over the past year, expect some terrifically addictive music that's neatly placed in the gleeful intersection of indie rock and post-hardcore.

A portmanteau of the Fender Jaguar, guitar fuzz and rhythmic beats — the band's description of their own sound — Jaggfuzzbeats are an underground gem in Shah Alam, Malaysia. Entirely invigorating and playful, Jaggfuzzbeats will satiate your thirst for primal rock n' roll in more ways than one.

Whilst not entirely a rock band, RYOTJONES are incredibly passionate in every performance, and every song comes across with the amplification of a thousand Orange amps. An unmissable act, for sure.

Out of the bands listed so far, LANY are the newest, and they certainly have a lot to prove. Already hosting a sold-out show in Singapore, watching them at Good Vibes Festival is your next best bet to catch the trio in action. Fusing indie rock, R&B and dream pop into a tasty and succinct concoction, LANY's self-titled is brewed for success, and the band are gearing up for bigger things.

We've written about this R&B upstart, but her appeal lies beyond the genre, taking on the anthemic qualities of synth-pop with a small dose of hip-hop swagger. Dua Lipa, just like LANY, has made her name in Asia earlier this year, but her performance at Good Vibes will show why she's here to stay for good.

This bewitching British singer-songwriter made her live debut in Singapore at Neon Lights Festival, so if you missed that set, you'll get another chance at Good Vibes Festival. Trust us, she's one to watch — her debut album might've been a qualified success, but she's only getting started.

Much has been said about G-Eazy — from his quintessential '50s bad-boy charm to lyrical dexterity that shines on a live stage — but the rapper's ascent to hip-hop stardom did not come easy. With his debut set at Good Vibes Festival, fans will witness a rapper at the top of his game. Don't sleep.

They started out making remixes of songs by Banks and The Weeknd, but their first true triumph is 'All My Friends', which feature the talents of Chance The Rapper and Tinashe — and that's just the tip of the iceberg of their current output. Counting MØ, Joey Bada$$, ZAYN, Syd, Anne-Marie, and many more amongst their list of collaborators, their set will guarantee a fun night for any dance fan.

ZHU was heralded as the mysterious producer on the modern dance music scene, but the man has already bagged himself a Grammy nomination, along with millions of plays on streaming platforms. The Chinese-American maestro already made a splash at the inaugural Ultra Singapore in 2016, so fans who were entranced the first time can catch him perform just across the causeway.

One of the underdogs in melodic house music, Gryffin is young and ravenous, tackling massive festival slots around the world whilst working hard on his craft. Some of his most popular remixes include songs by Maroon 5 and Years And Years, so chances are if you haven't heard his name yet, his music has already done the talking.

Hailing from the wintry landscapes of Norway, Lido's approach to dance music is more melancholic and soulful than his contemporaries. Believing in the fusion of electronic and analog technology, a watershed in the producer's career is performing some of his songs with the KORK Orchestra. Fans of FKJ, Bondax and HONNE will find a lot to like about Lido.

Malaysian rapper Jin Hackman has made waves in the country's hip-hop scene, and with this special set, he'll team up with Dae Kim, a Korean beatmaker based in Kuala Lumpur. Jin's breakout single 'Banana' will give you some good insight into the rapper's special talents. 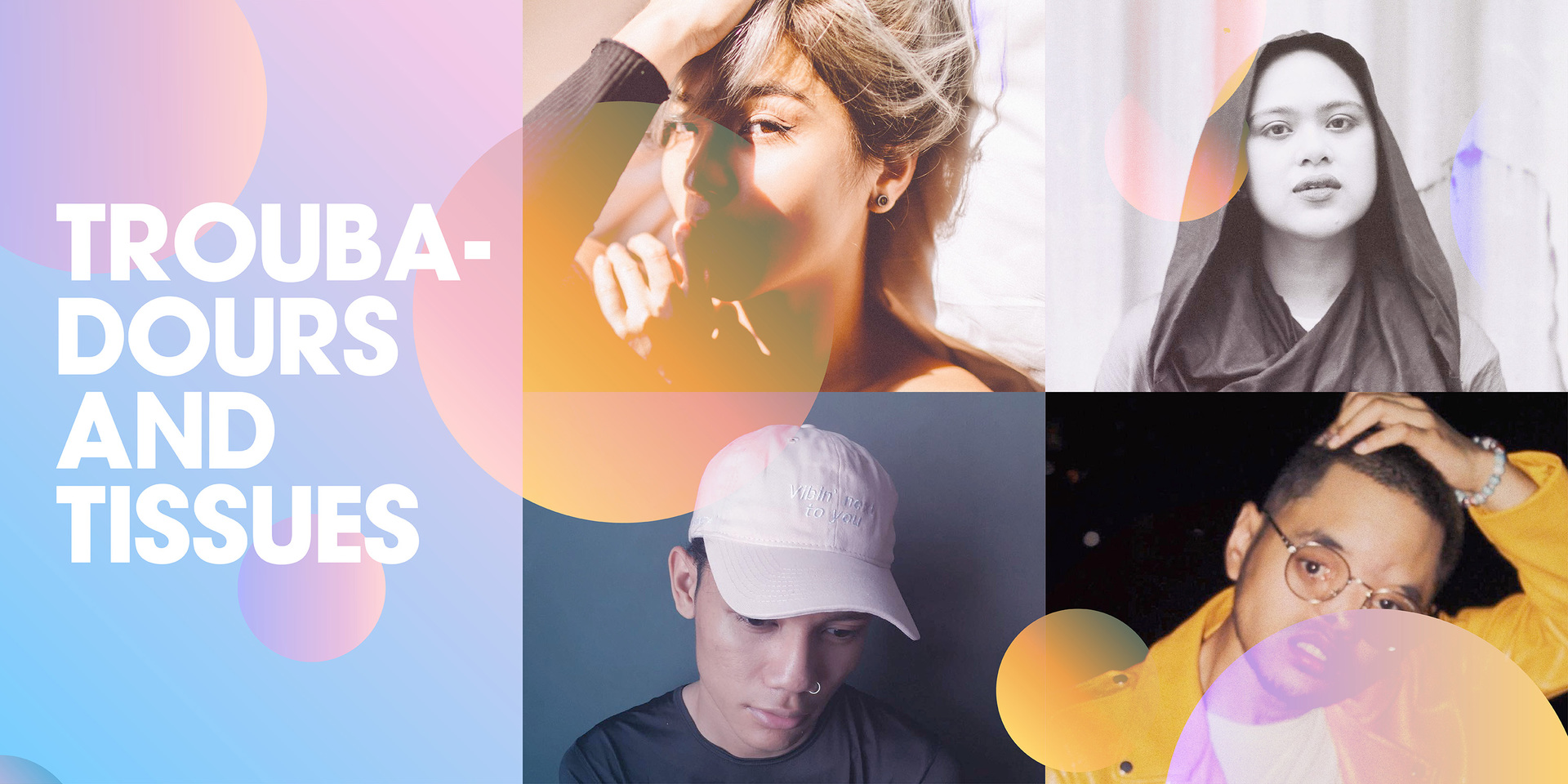 This burgeoning singer-songwriter first got her start on YouTube, following the path of her influences — namely, Tyler Ward and Kina Grannis for starters — and developing a following from there. Her live gigs around Malaysia cemented potential that has since risen over the past few years, so if you're looking for a laid-back time earlier in the afternoon, Talitha's your answer.

This R&B powerhouse is exactly the kind of antidote you'll need when fatigue sets in. Her vocal range may be astounding, but Najwa takes great care with the songs she writes, and her set will show you exactly how.

Alextbh's name couldn't be more apt — his confessional brand of music is refreshing in the landscape of alternative R&B, but his collaboration with Sam Rui, titled 'You', will definitely leave you spellbound.

One look and you might think that this 19-year-old rapper should be on the Beat Boutique, but his new EP Bagel is lovelorn and contemplative. Absolutely perfect stuff to experience live.