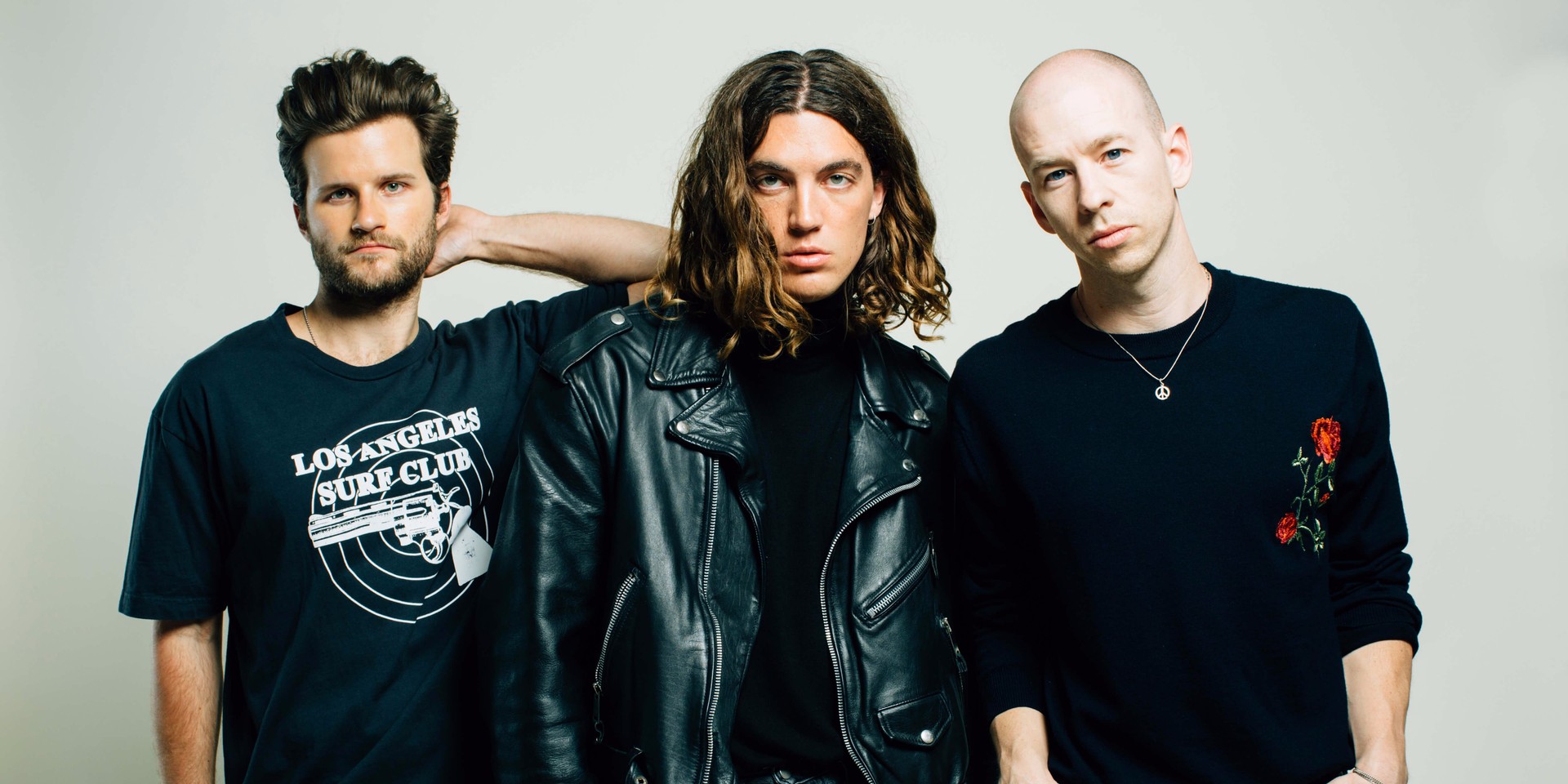 We’ve written about LANY before – we established then that this trio was out to redefine today’s pop zeitgeist with their infectious mix of 80s disco and 90s R&B.

LANY may have yet to release their debut album, but they've amassed an impressive amount of fans in Asia, quickly selling out their first show in Singapore. They also played to thousands of adoring fans at the 2017 installment of Wanderland Festival in the Philippines and will return to the country this year to play five free shows at selected malls.

Furthermore, the band will be making festival appearances at Malaysia's Good Vibes Festival, Jakarta's We the Fest, and Japan's Summer Sonic.

We playfully acknowledged to frontman Paul Klein their description to be the “John Mayer for today’s alt-R&B generation”, and this seems to be an accurate comparison. Klein shares that songwriting inspirations include “love and heartbreak”, and “people’s feelings”.

"If you listen to the album, it’s kind of all – I would say 80% of it – takes place that moment in a relationship, the breakdown before the breakup, you know what I mean?" he says. "I would say that’s probably where 70-80% of the record lives, emotionally." 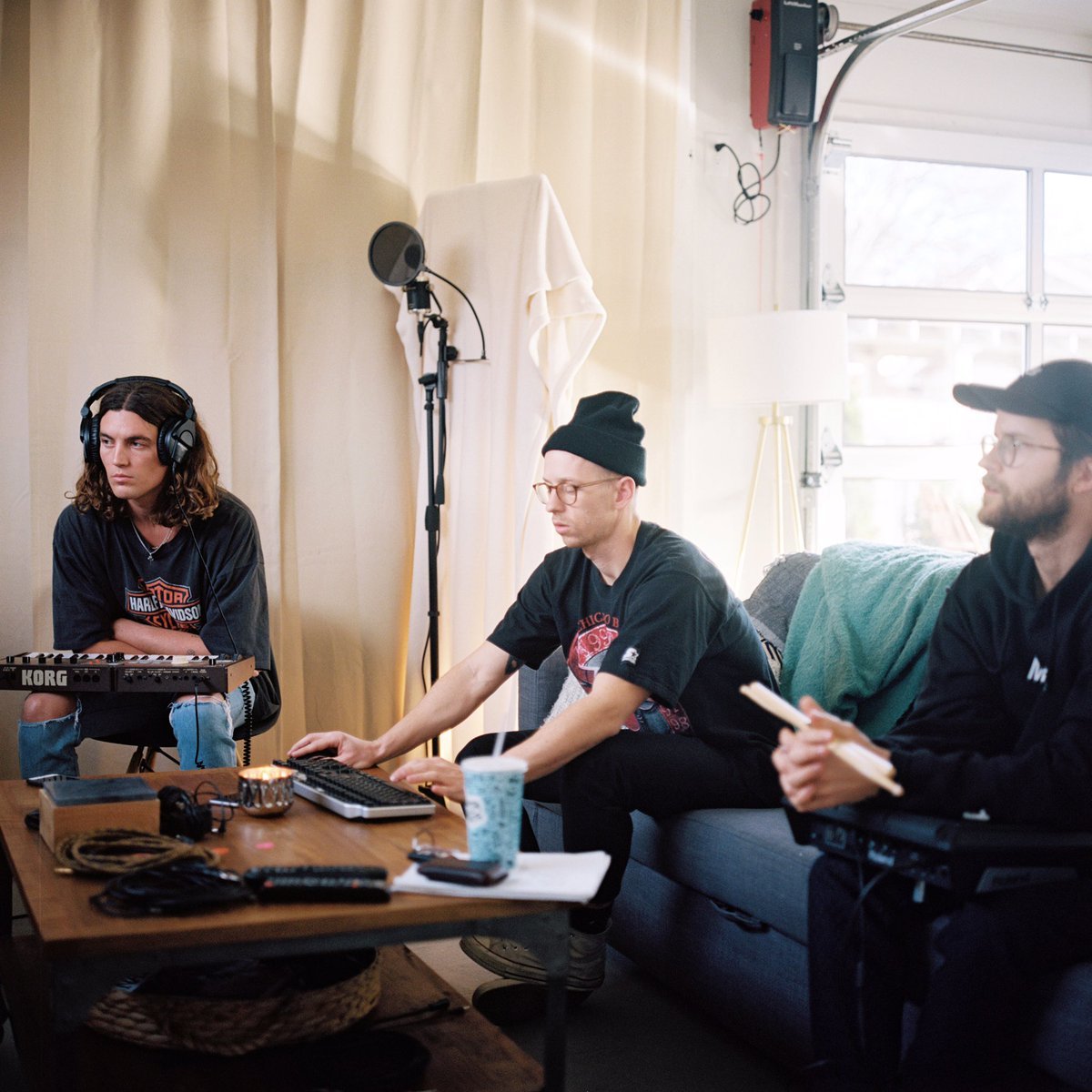 The young giants also come from humble roots: their economical production methods (above) are a stark departure from the high-tech environments that we come to associate electronic musicians with.

Sensing that LANY would be inundated about their new album during their publicity blitz, we shifted gears to something that has been close to our hearts recently: the troubles and struggles of a touring band. It’s a side of being a touring star that the crowd and fans don’t see.

Off the back of The Caufield Cult’s break up due to issues with touring as well as Splashh’s confessions that touring is hard — and boring — we thought we’d glean LANY’s perspectives as well.

"When you tour as much as us, it can be extremely exhausting," he says. "Everything is kind of an inconvenience”. He also furnishes us with an example: “For instance, you wake up in the bus – there’re 300 people already in line waiting to get into your show. Your bus is parked right by the venue because we’re not playing an arena."

"So if you wanna get off the bus, and go – let’s say you even just wanna go to the bathroom – you can’t, because you've got to walk through about 300 people and you don’t want to be rude. You don’t wanna be like "Hey, nah sorry I’m not taking photos right now." Everything’s tough.”

Touring’s tough – you live out of a suitcase, you’re constantly wearing dirty clothes, trying to find a wash your underwear and socks, away from all the people that you’re close to and love.”

— Paul Klein on the struggles of touring

LANY's video for 'youarefire' puts some visuals to the verbal description: while we see LANY bumming around backstage, we also see the intense soundchecks, and the early bird 300-strong queue that Klein speaks off.

In summary, “Touring’s tough – you live out of a suitcase, you’re constantly wearing dirty clothes, trying to find a wash for your underwear and socks, away from all the people that you’re close to and love.”

But that doesn’t take away anything from the joy of performing live. Klein prefaced all these struggles with what gives him the energy to tour: "First of all, there’s no substitute for touring and playing live. We’ve never been shy about wanting to be the biggest band in the world, and you can’t be the biggest band in the world if you don’t go around the world and play shows."

That last proclamation, of course, would impress anyone — let alone thousands of teenage fans who've dilligently bought tickets to their show at *SCAPE The Ground Theatre, along with the armies of devotees ready to flood the shopping malls in Manila.

When asked about how he feels when he performs, Klein’s voice becomes more measured and slow – it takes on an emotional weight I can feel from our office in Singapore, even over a conference call routed through Hong Kong.

We wondered how this would translate to LANY’s first gig in Singapore, and Klein cheekily pushes us all on to learn the lyrics of their songs: “most people in Singapore have not seen a LANY show — I think our songs are pretty driven lyrically. It’s not too hard to understand what I’m saying or what I’m singing in songs. What that does is that people kind of sing every single word at a LANY show – so that’s one aspect of something to look forward to.”

It’s really no joke – in their live show recorded (above) from LA, most of the audience sings along to LANY’s breakthrough single, 'ILYSB' (even though quite a number of them are watching the gig through their phones, which is quite a big pet peeve of ours). The Philippines proved their fanaticism during the band's set at Wanderland, so now it's Singapore's time.

This band understands that touring is a necessary struggle – but they're willing to go through it to make that connection with the audience, and to play some good music to the world. Writing about heartbreak and love – something that humans universally feel — this band’s mission is clear: to be the biggest band in the world.

Given that Klein had a special message for all of the band's fans here, we figured we'd end not with our own words but his:  “Thank you! We love you, and we’re excited to see you and play for you.”

The LA-based band will also be making their return to Manila this August with a series shows in Ayala Malls.

LANY plays the *SCAPE The Ground Theatre on August 10th. Unfortunately, the show is sold out. Check out other shows happening in Singapore in 2017 here.