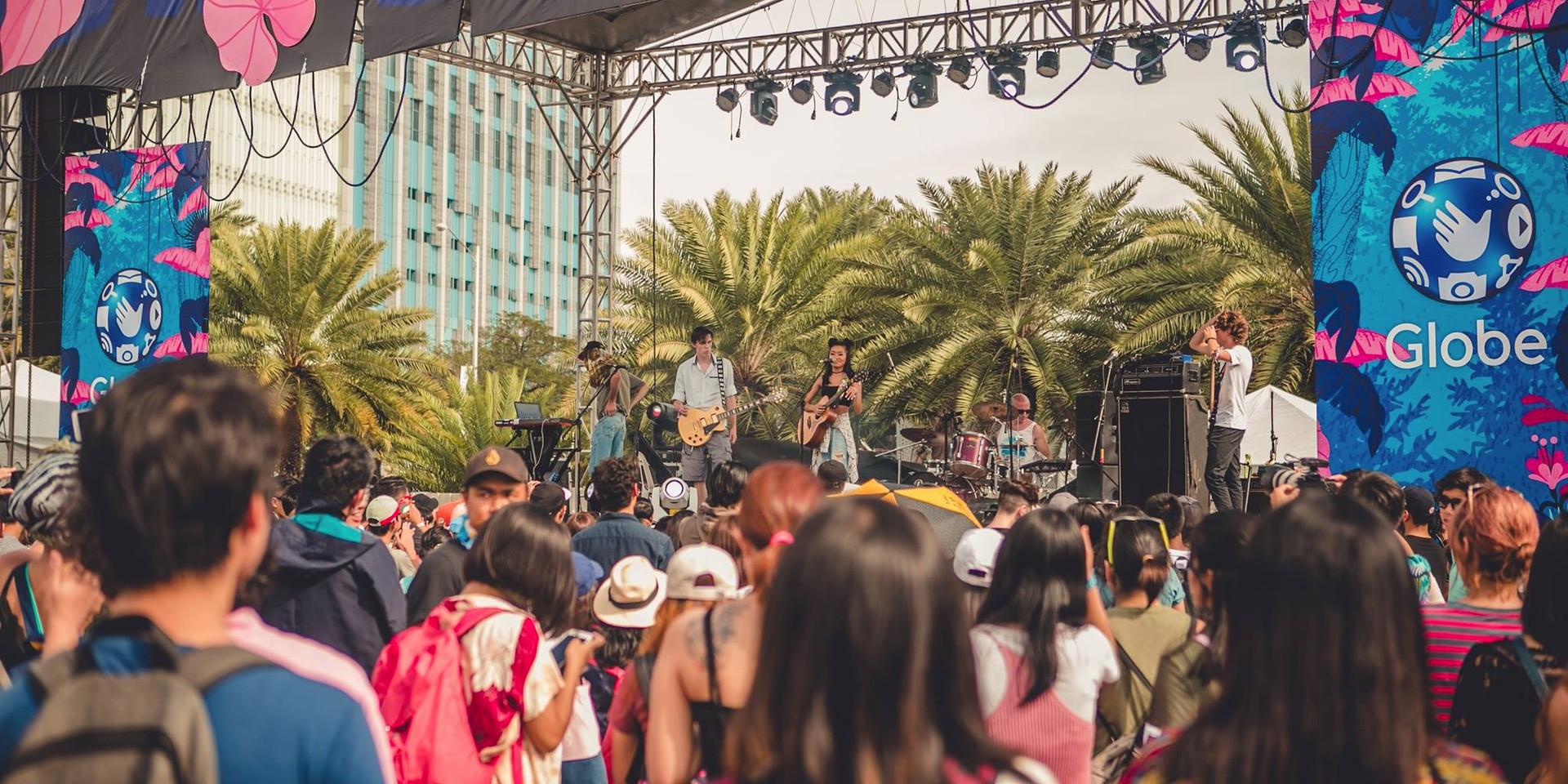 Wanderers watched in awe as the lights shone brightly onstage and spellbinding music filled the Filinvest City Event Grounds. Last Saturday night, Yuna asked (sang), “What’s the weather like in Manila?” and while everybody cheered at that particular line, nobody could have really given a straight answer. The weather was cruel at the Wanderland Jungle: hot and cold and just plain weird, leaving us donning and un-donning our windbreakers throughout the entire day. It was as unpredictable as the next winning lottery combination.

In fact, almost everything about the event made us feel like we bought more of a lottery ticket than the coveted wristband for Karpos Multimedia’s annual festival. It might have been their fifth year, but 2017 was a year of many firsts for Wanderland. It’s the first time the annual event was held outside its usual home, the first time they had three stages instead of two, and the first time they (finally!) had a Southeast Asian performer in the lineup. This paved way to many new experiences, some good surprises — and a handful of letdowns, too.

Nobody can deny, though, that exploring the Wanderland Jungle was a totally different adventure, even for veteran festival-goers. When in the south, everything is just more chill, and this was proven true that day. Sure, excitement still abound, but in a muted, relaxed kind of way, which made everyone a tad bit more patient while technical difficulties were being sorted out.

At the end of it all, the stellar lineup and their even more spectacular performances made up for the issues brought about by climate change, the long gaps between acts and the lack of green that we’re more used to. And while The Temper Trap crooned about moments and loves and dreams aloud to the cool southern wind, we realize that the wild was worth the wait after all. 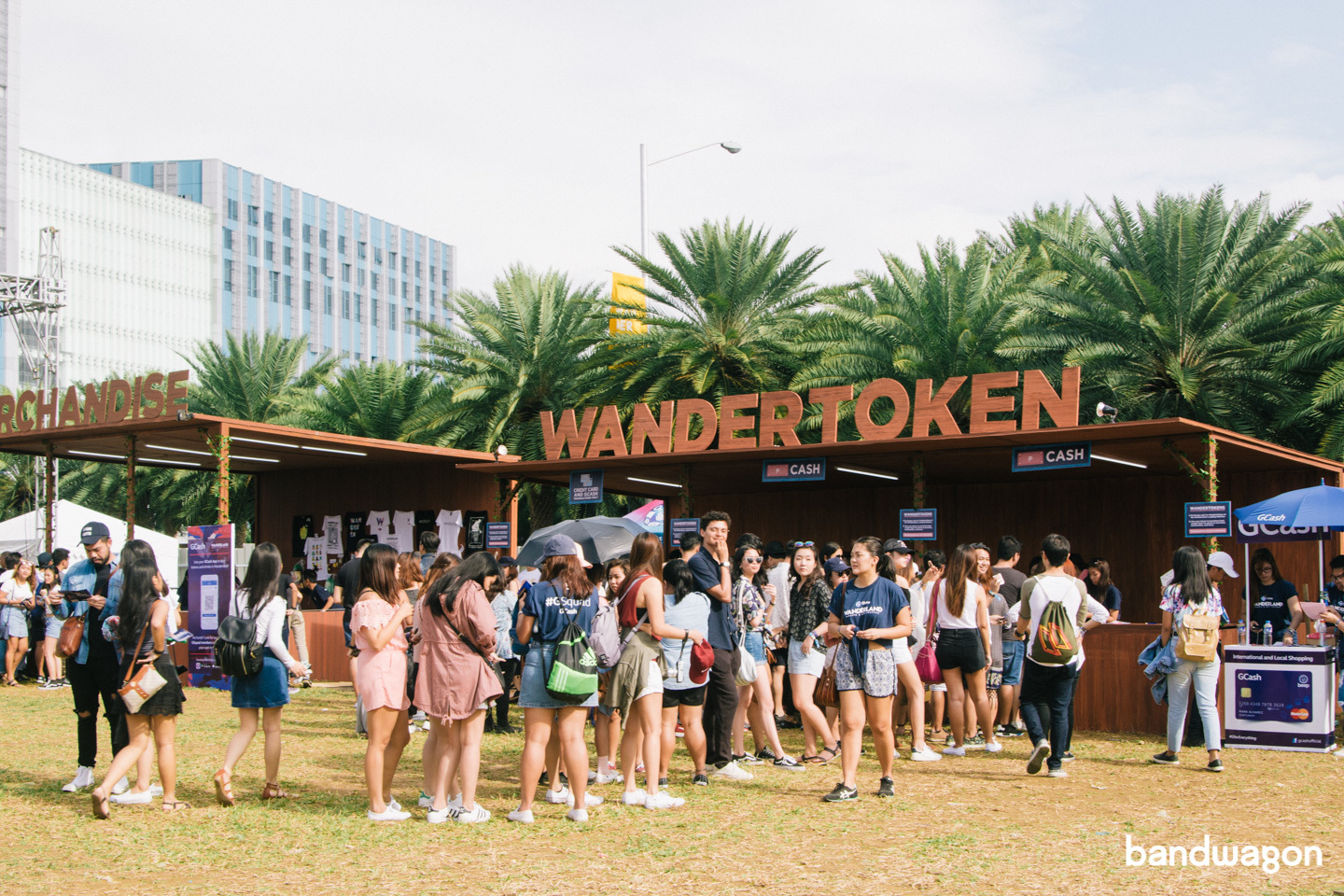 The organizer’s efforts in making sure that no mishap took place during the event really paid off.  The designated parking area was spacious and of walking distance to the festival grounds. There were bouncers who were keen on reminding the crowd about the rules of the jungle.

There were relatively more food choices and the lines for food, beverages and Wandertokens were all very manageable. We all approve the use of Wandertokens; after the whole RFID brouhaha, this was also a very good call. 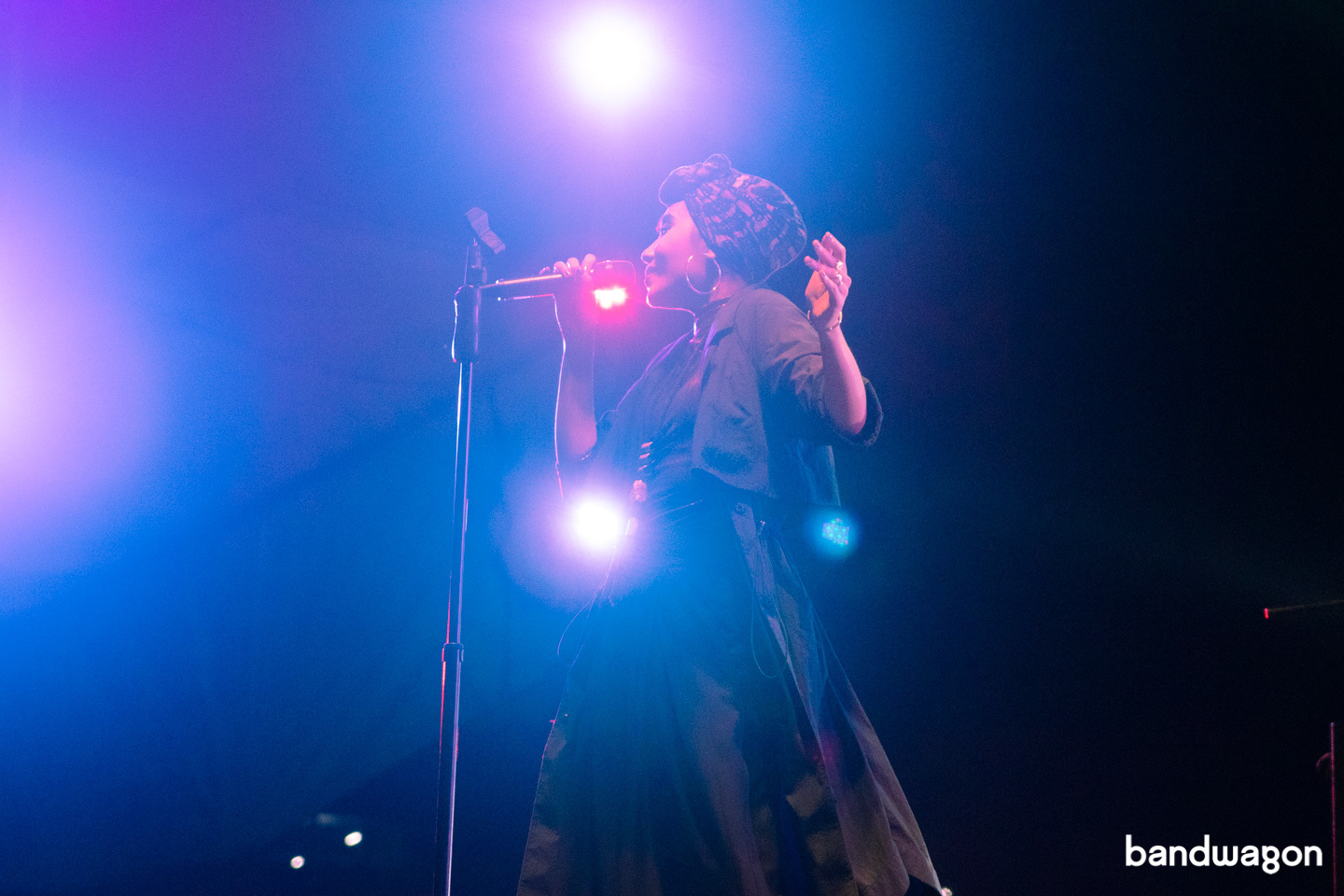 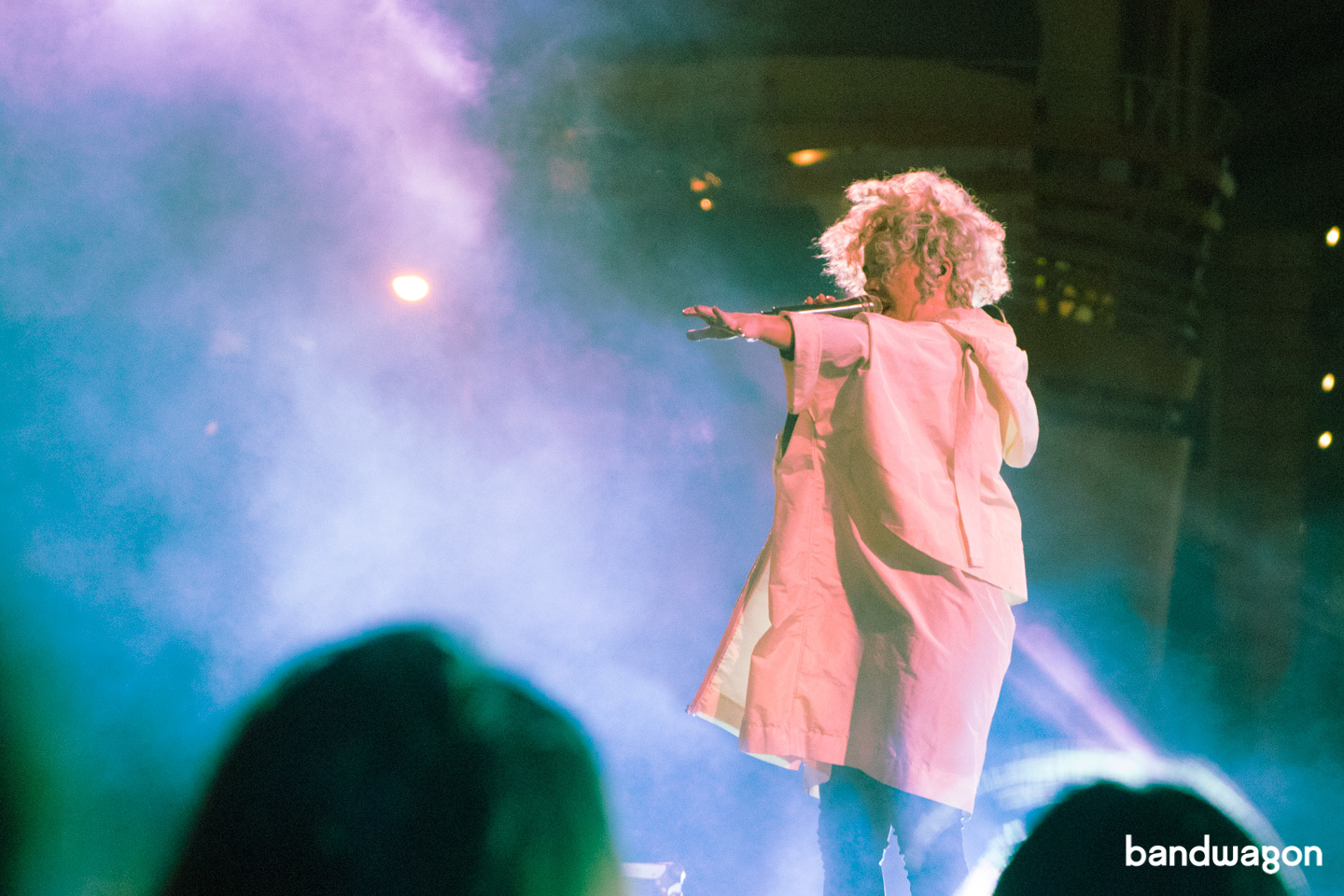 When it comes to putting up a good show, Wanderland has always known how not to disappoint, and this year’s acts were no different.

If we were to pick who the Queen of the Jungle was, we’d gladly let the (grass) crown go to Yuna and her beautiful, warm vocals. Here’s to hoping that more Southeast Asian acts grace the Wanderland stage.

Explosions in the Sky tapped into everyone’s emotions with their atmospheric post-rock instrumentals. Towards the end of their set, they literally had the crowd shouting for more.

HONNE was one of the most memorable performances of the night. The soulful electronica of the duo is a mind-blowing discovery to anyone who hasn’t listened to them before.

Their eccentric stage presence and execution left the audience in full admiration for Purity Ring. The puppet-like way that Megan moved while singing and the incredible way Corin played his custom-built instrument was a powerful combination. 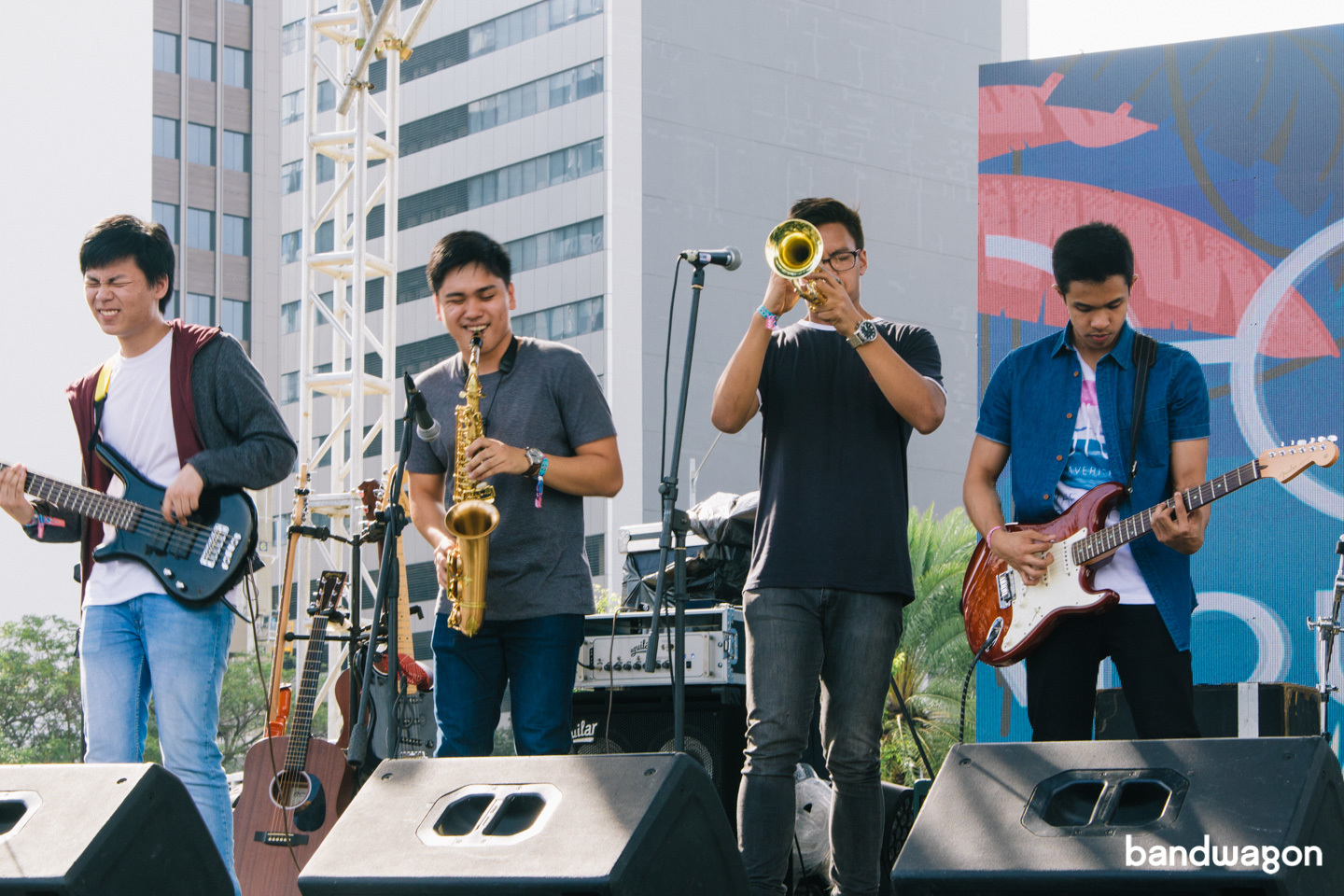 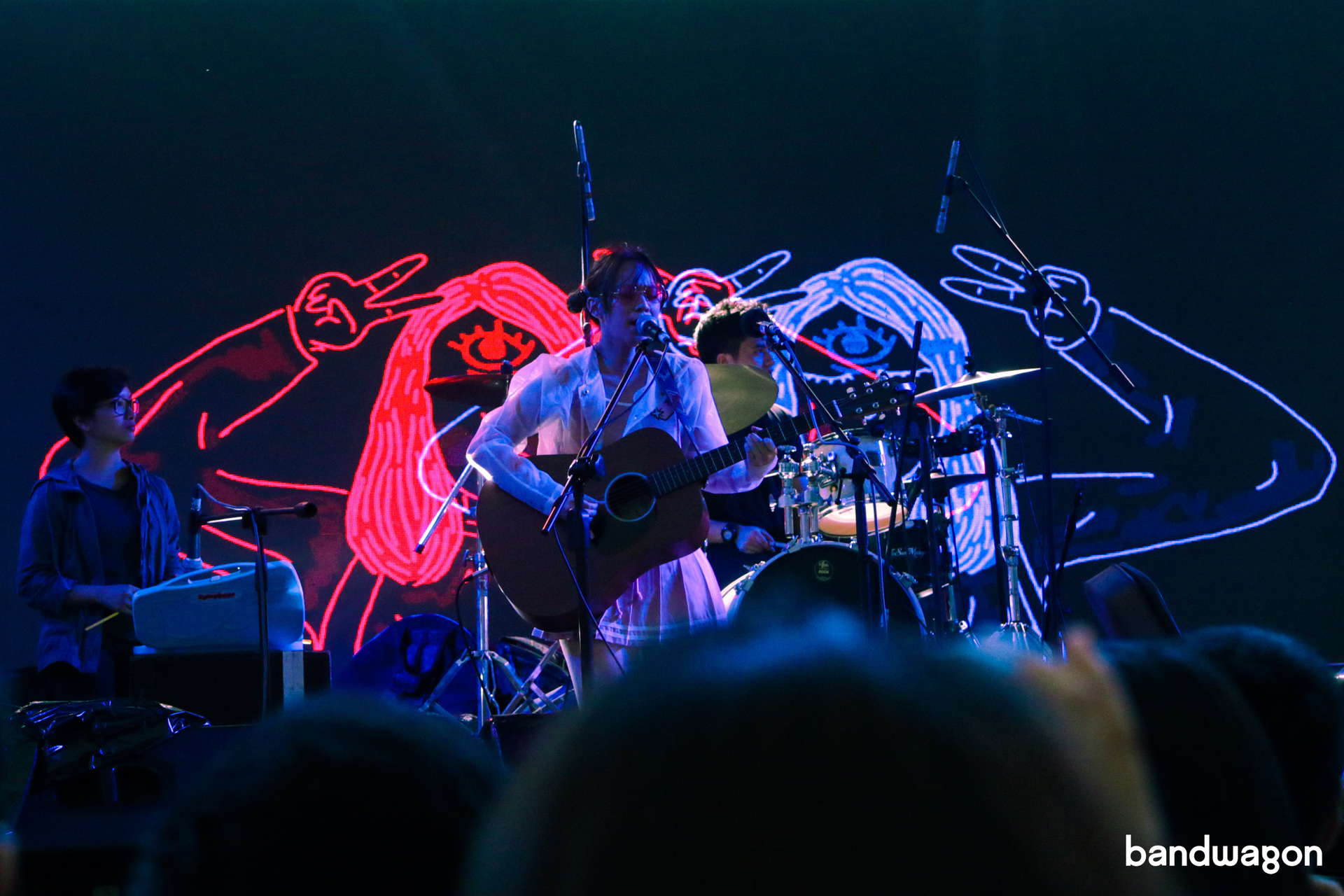 The most mesmerizing of music indeed overflowed, with our very own showing how flavorful our local talents are. Wanderband winner Lola Amour showed that they know who they are musically and that there’s no other way but forward for them. Mickey Sulit and her band welcomed the attendees by showing them how to have a good time. Reese Lansangan filled the evening with color with her jolly tunes and Banna Harbera brought their own brand of soul and funk to the Jungle stage, while Fools and Foes dominated the main stage before anyone else did. 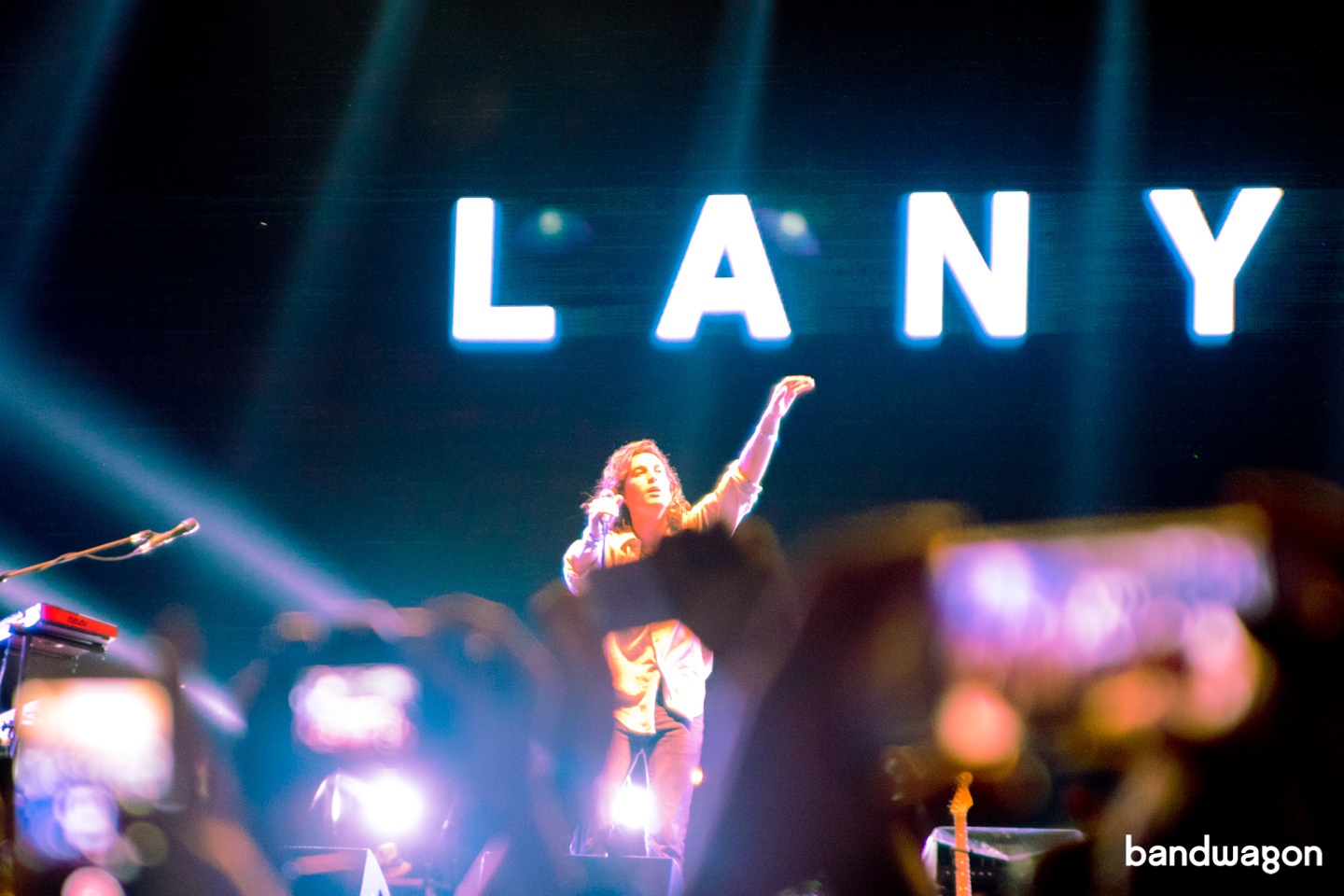 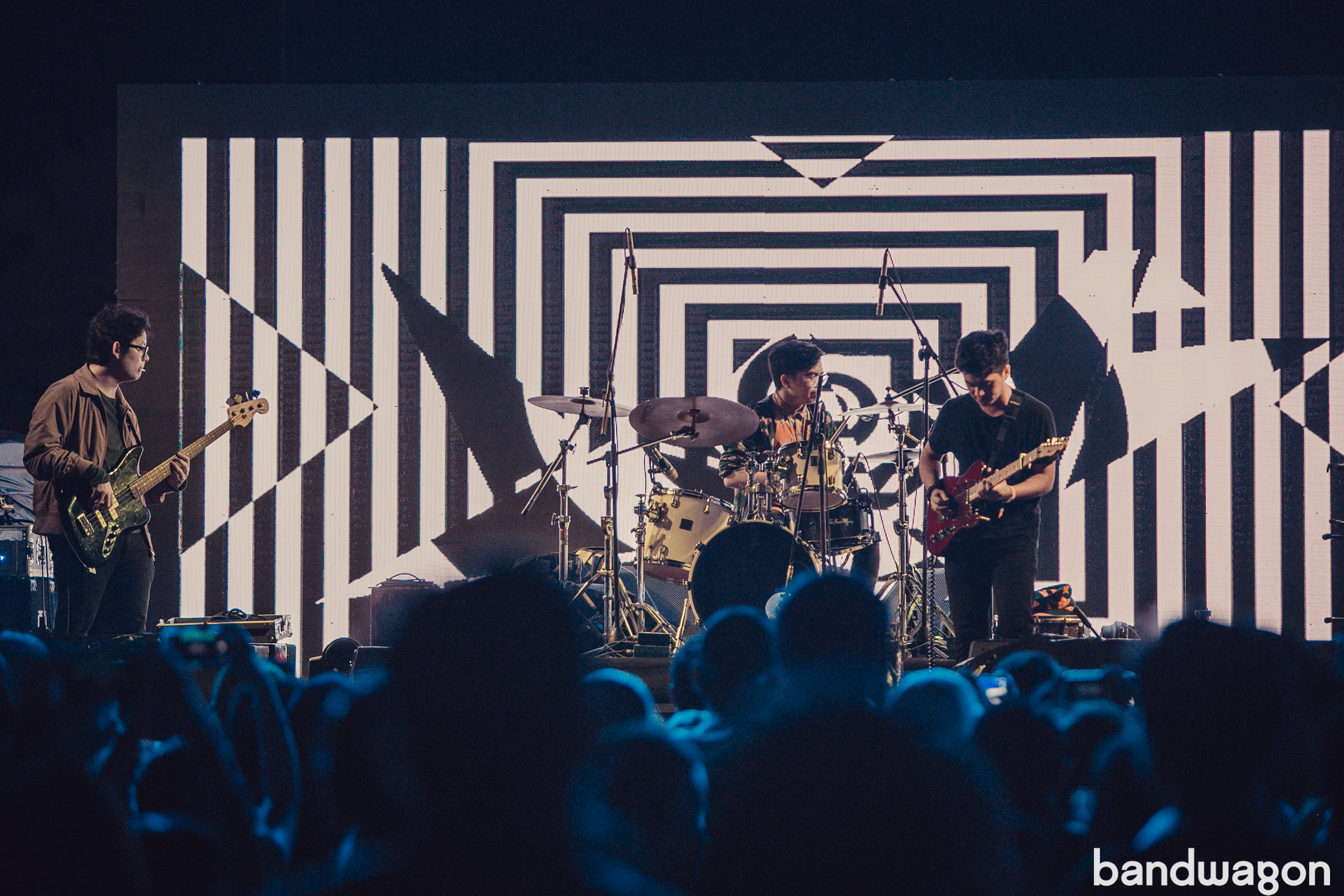 “You’re Officially Our Most Loyal Fans!”

It is, however, just fair to mention how wonderful Manila was as an audience. Fans proved their love for The Temper Trap when they stuck around just to catch the festival’s headliner despite having to wait for around an hour.

Earlier that night, those in attendance  also sang along to LANY’s ‘ILYSB’ and ‘pink skies,’ and danced to the The Ting Tings’ ‘Shut Up and Let Me Go’ and ’That’s Not My Name.’

Probably most impressive of all, though, was how Tom's Story brought in an immensely huge crowd, with several attendees even saying that they were one of the reasons they decided to attend this year's Wanderland. And, true to the Filipino love for karaoke and sing-along, these fans hummed along (and in almost perfect pitch, too!) to the purely instrumental rock songs. 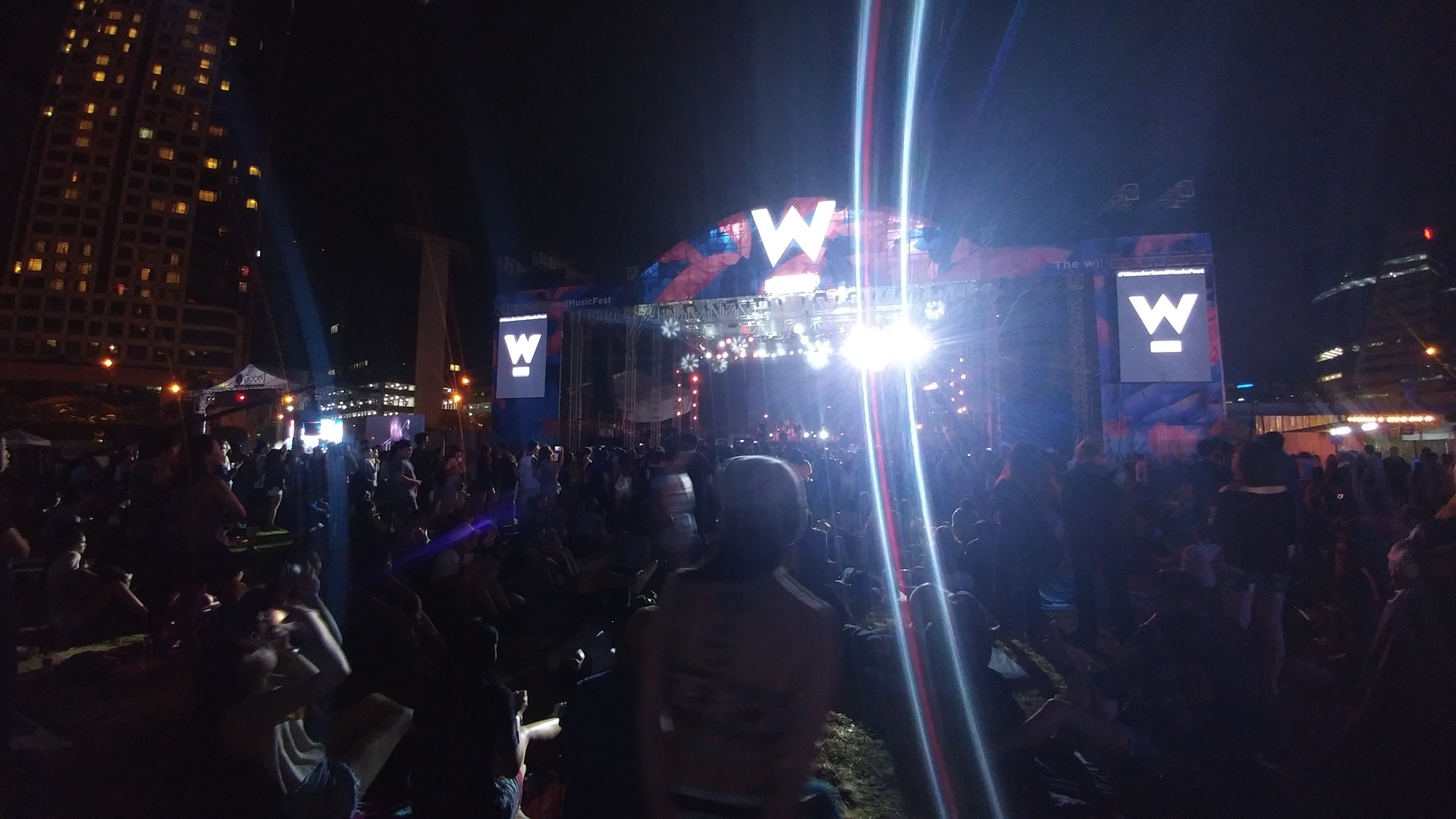 They say you lose track of time when you get too deep into the woods. This seemed to be the case last Saturday as performances got more and more delayed, making it more and more difficult for the folks from the north to catch rides home. At 2-ish in the morning, everyone felt tired...and still no The Temper Trap. Good thing the laid-back Southern vibe helped extend everyone's patience. Some even took it with a side of humor and started singing hits from the headliner out loud, which got a few laughs from the other members of the audience. 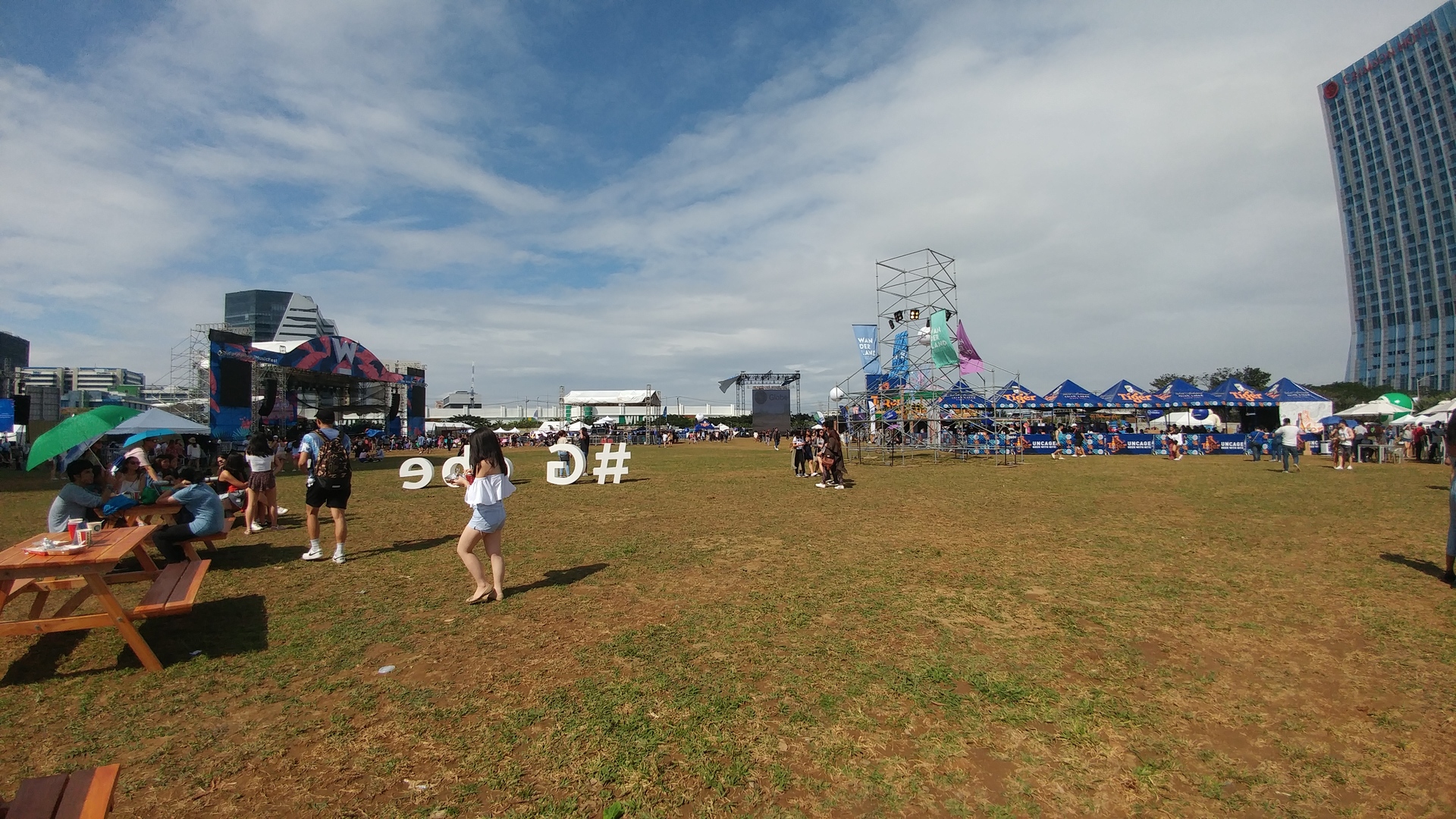 Southerners may have rejoiced at the idea of not having to travel far, but nobody could deny that the new venue was…quite flat.

The lack of landscaping and the barely-there patches of grass at the Filinvest City Event Grounds made this year’s Wanderland less Instagrammable. The booths and activities were as interesting as always, but it was a struggle to go around and try them out as they were too far from each other. Bigger tents or more elaborate decorations could have made it more appealing for people to walk around and explore.

However, an oasis amid the urban savanna - the Jungle Jam - did not just host interesting drum, ukulele and fire dancing sessions, but was also the best place to sit and rest your feet in between acts. Smaller versions of this haven would have been much appreciated and could have also contributed to the place’s overall aesthetic. 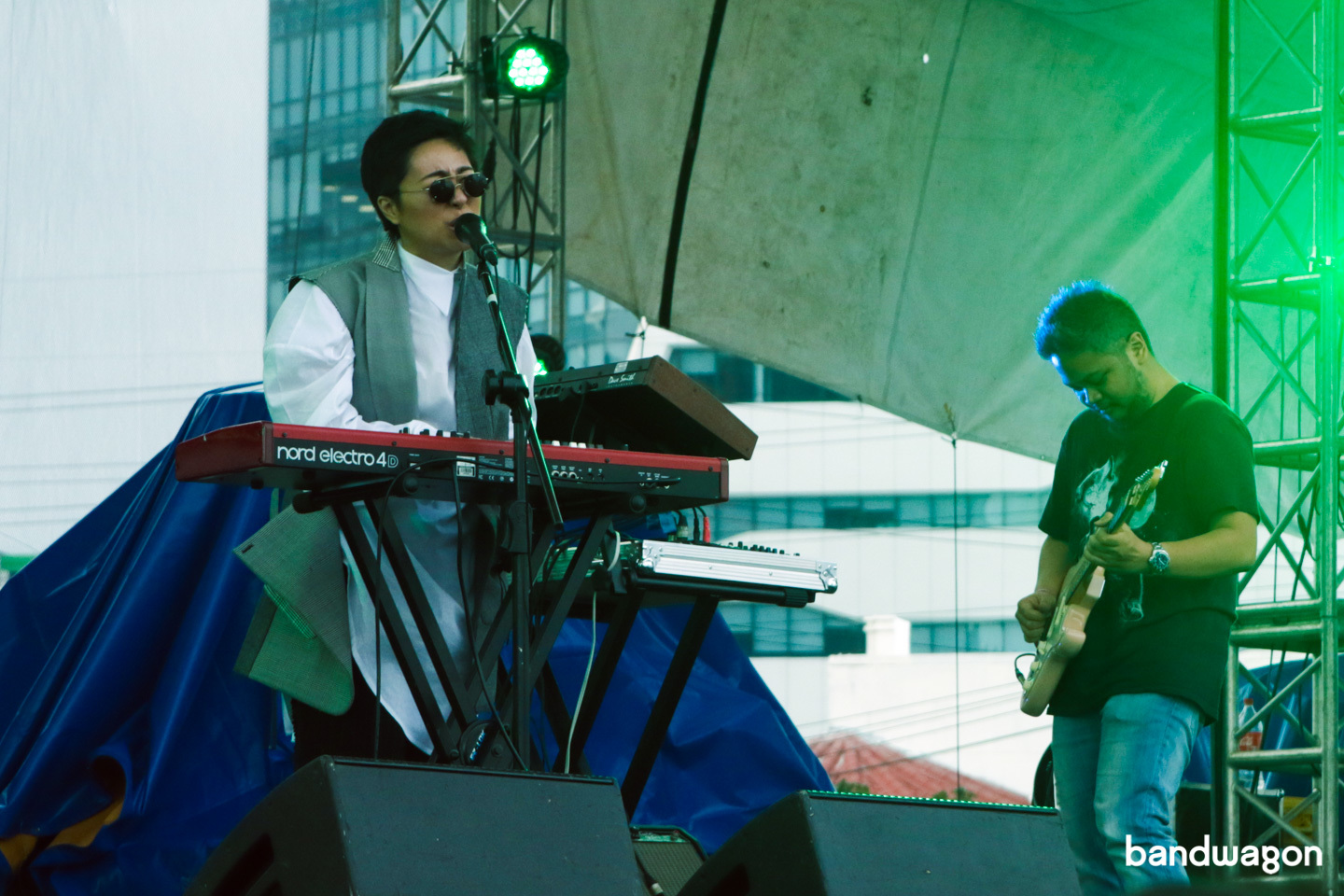 Given the vast amount of land for this year’s festival, having three stages did seem like a good idea. The execution, however, could have used more thought. This year’s stages were a puzzle piece away from being on point: the Main stage was no match to the last year's main stage at Circuit and we could almost hear hearts breaking over those tech glitches while LANY was playing, but it was beautiful nonetheless. The Globe stage looked seedy and bare in between sets, but it brought the performers’ sets to life with awesome backdrops. The Jungle stage was small, but sounded and looked amazing, with the palm trees as part of its natural background an epitome of perfection. 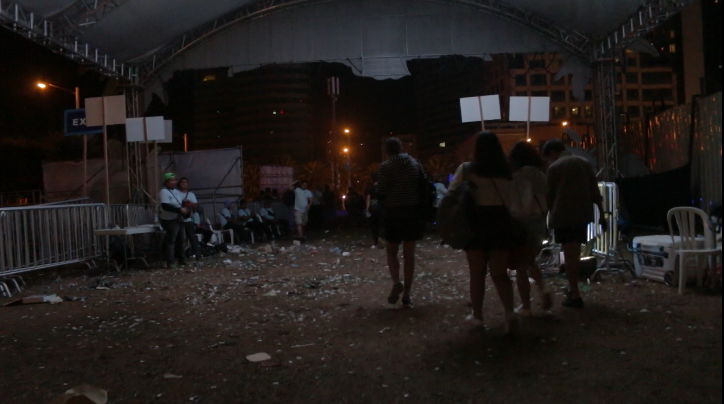 The wind started to pick its pace come nightfall and bits and pieces of trash slowly rose from the ground, like a sinister (and, frankly, really gross) tornado. Although the lack of garbage bins around was evident, it is the lack of discipline to keep the area orderly that is even more alarming. If anything, this incident is the perfect reminder that it is each and everyone's responsibility to clean as we go and to keep our jungles garbage-free, the real ones or otherwise.

Read our interview with Karpos Multimedia, where they talk about the Wanderland experience — their own highs and lows with the festival since they began five years ago until today.