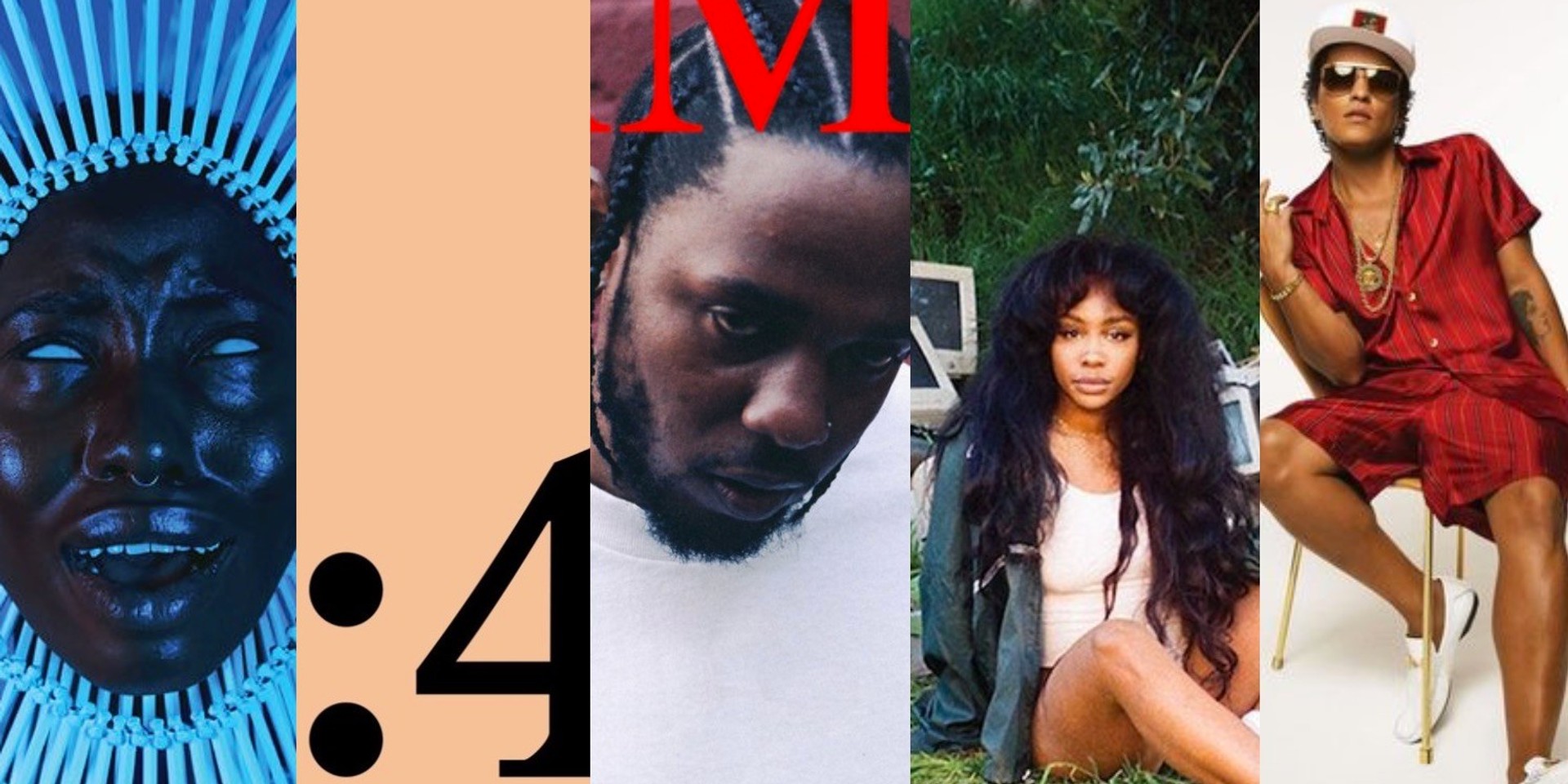 Award season has dawned upon us and if the Golden Globes was anything to go by, this year’s Grammy Awards is going to be one that’s full of surprises (read: Tommy Wiseau attempting to steal James Franco's limelight, or Oprah's earth-shattering speech). If you haven’t seen the full nomination list for the Grammys, you should probably get on it, because it's a solid bunch.

Meanwhile, at the Bandwagon office, we’ve taken it upon ourselves to predetermine the winners for the general categories. Kind of like the World Cup octopus, except we used Google survey and went with the conventional majority wins. Despite our differences though, we all agree on one thing — that hip-hop and R&B music absolutely dominated this year’s nominations (and deservedly so).

Record of The Year

Even if this missed local airwaves, you wouldn't have escaped 'HUMBLE.', a single that brought Kendrick Lamar's mission to the mainstream level. Released just a week before DAMN., 'HUMBLE.' subverts and amplifies braggadocio in ways we never thought possible.

Album of The Year

Just like the album's starring single, DAMN. takes the socio-political consciousness that we've come to admire from the rapper, and smothers it with next-level production and a Godly perspective that's fit for ungodly subwoofers. His previous opus To Pimp A Butterfly solidified Lamar's artistry, but DAMN. made sure to tell the world about it.

Song of The Year

Our tied picks are almost polar opposites — although both huge successes in critical and commercial standings, 'That's What I Like' is a song worth bumping to everywhere and anywhere, but Jay-Z's album title track unearthed deep-rooted introspection that made us look at one of rap's greatest artists in an entirely new light.

Bandwagon’s prediction:
SZA. (95% of us voted for her)

Since her album Ctrl was horribly overlooked for the Album of the Year category, we're gunning on SZA to snag Best New Artist — even if she's up against some of the biggest breakout acts of 2017... and Julia Michaels.

No other song in this category can compare to the sheer reach and popularity of 'Shape Of You', which either turned new fans into Sheerios or made haters stray further away. He sold out two nights at Singapore Indoor Stadium, so we know locals are buying what he's putting out in spades.

So we were rambling about the saturation of 'Shape Of You' in popular culture, but 'Despacito' trumps that song many times over. But with it being a primarily Spanish-written song, it's quite incredible what it achieved — making a star out of Luis Fonsi and retaining Bieber's Billboard power, despite no new album (and abruptly cancelling remaining dates on his Purpose tour).

We’ll keep you posted if we get a 6 out of 6 at the end of the Grammy’s. In the meantime, who are you rooting for?