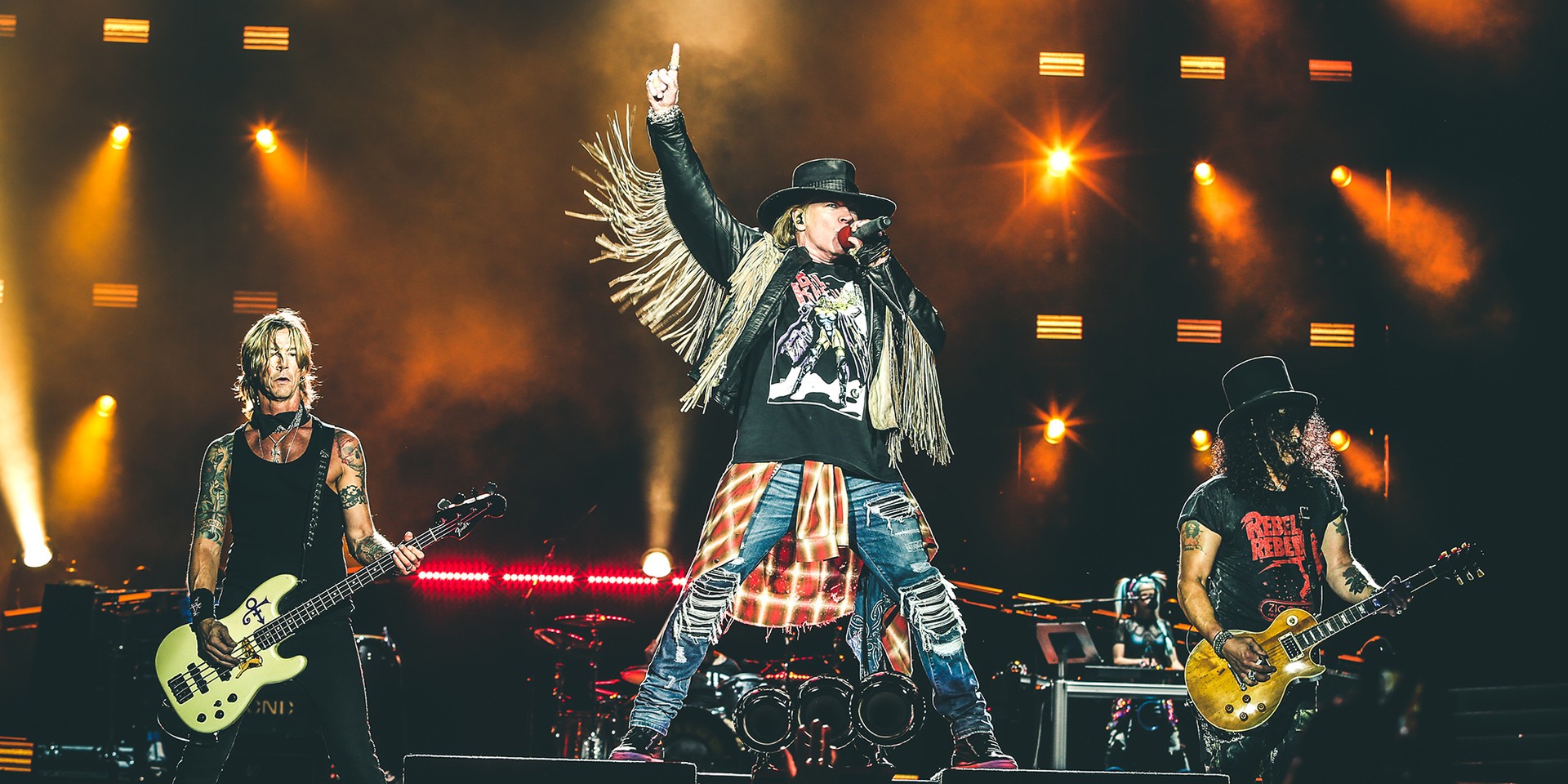 After heavy rumours, a leak last week, along with an early confirmation by Channel NewsAsia, it's official now: hard rock band Guns N' Roses, arguably one of the biggest rock bands of all time, will be making their way to Singapore in 2017.

Part of their multi-million dollar Not In This Lifetime Tour, which continues the reunion of vocalist Axl Rose with guitarist Slash and bassist Duff McKagan, Singapore will be the only Southeast Asian date, taking place on February 25th, 2017 at Changi Exhibition Centre — which also played host to Metallica in 2013.

Organizers LAMC Productions, who also have Morrissey and Passenger lined up, will be releasing tickets on October 17th, 10am through SISTIC, with regular tickets going at SG$199 and SG$298, while limited VIP general admission tickets will be offered at SG$568.

If you're hoping for access to a VIP lounge, the Paradise City VIP Lounge package is priced at SG$1,393, while the Live And Let Die Early Entry Package — pretty self-explanatory — will cost you SG$1,038.

On the other hand, what comprises of the Welcome To The Jungle Experience — costing a cool S$2,063 — is still unknown at this time. But seeing how it's most expensive, it will most likely be their most comprehensive package yet. Perhaps with a replicate Axl Rose bandana included?

If you're an OCBC card holder, there will be an OCBC Priority Sale this Friday, 14 October 10am to Sunday, 16 October 11:59pm, while official Nightrain members of the G'N'R fanclub (yes, it's real) will be notified separately.

Taking place at the remote venue, there will be return bus tickets offered at SG$15, while car park and motorcycle labels will be available at SG$25 and SG$10 respectively. 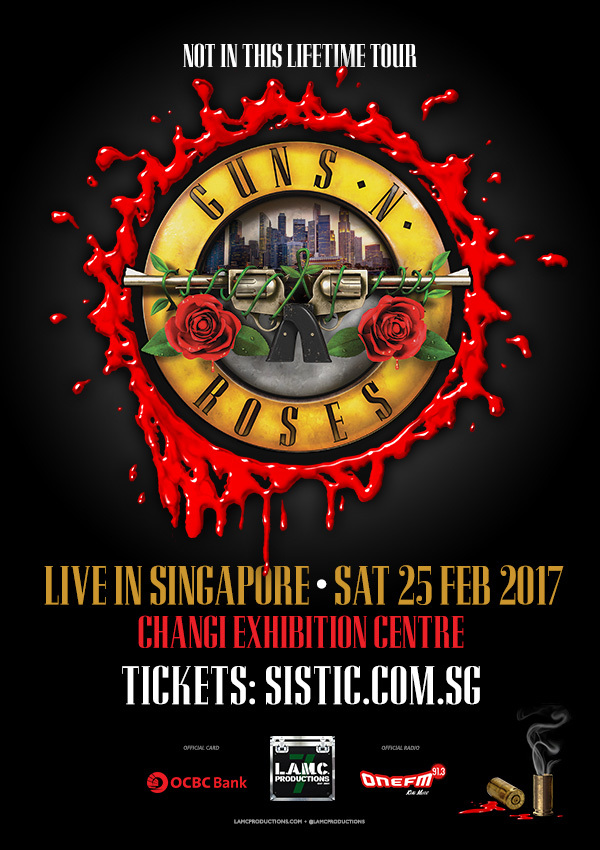