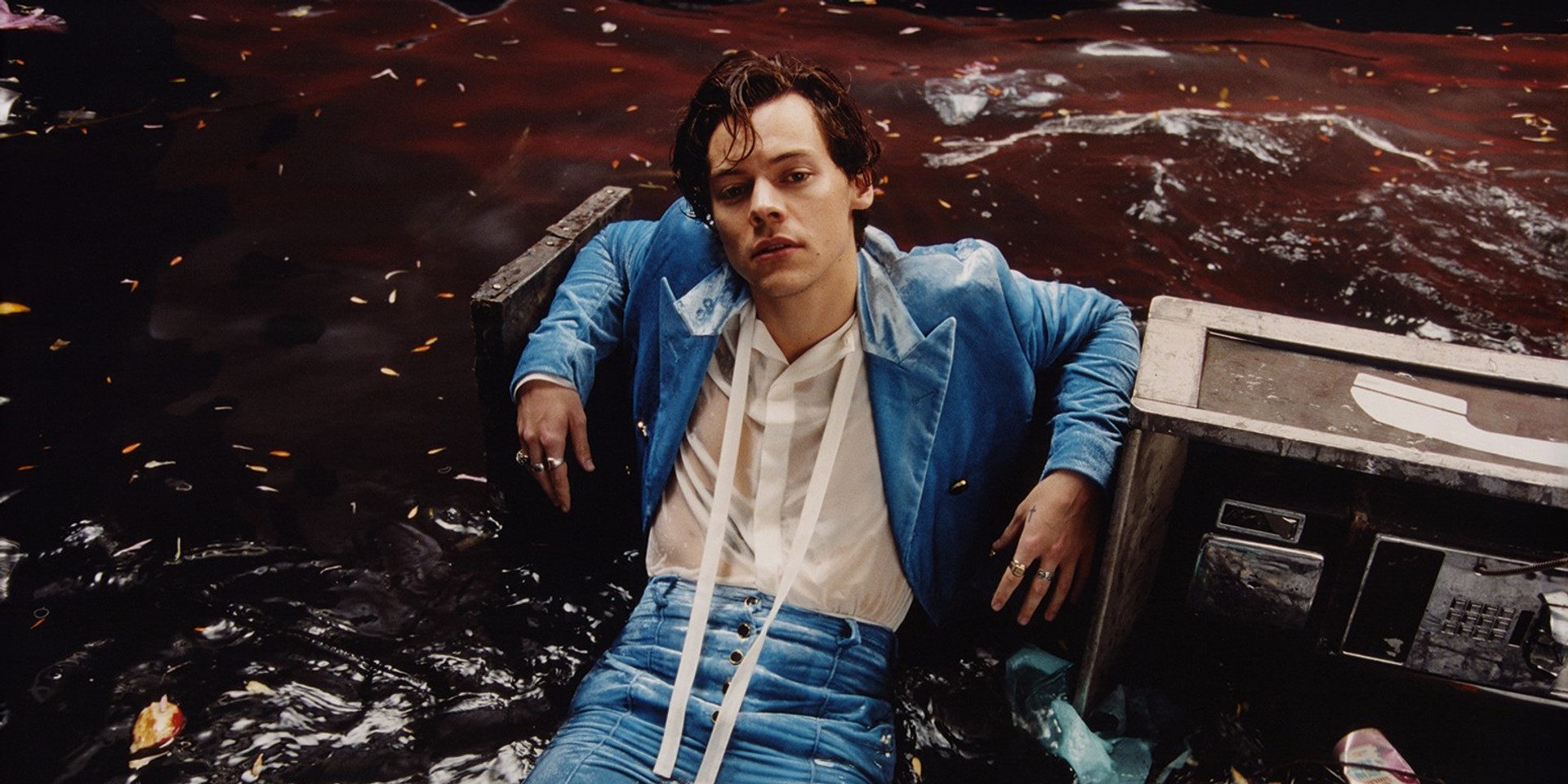 When Harry Styles announced his tour earlier this year, many Filipino fans were disappointed to see that Manila wasn’t on his tour dates. But as the newly minted solo artist continues to promote his self-titled debut album, it was only inevitable that he added more dates to the tour.

Styles tweeted a heftier tour schedule, with a Manila concert on May 1 of 2018 as an addition. The announcement also reveals all-girl quartet, Warpaint, as his special guest. His first solo outing in Manila will take place at Mall of Asia Arena. 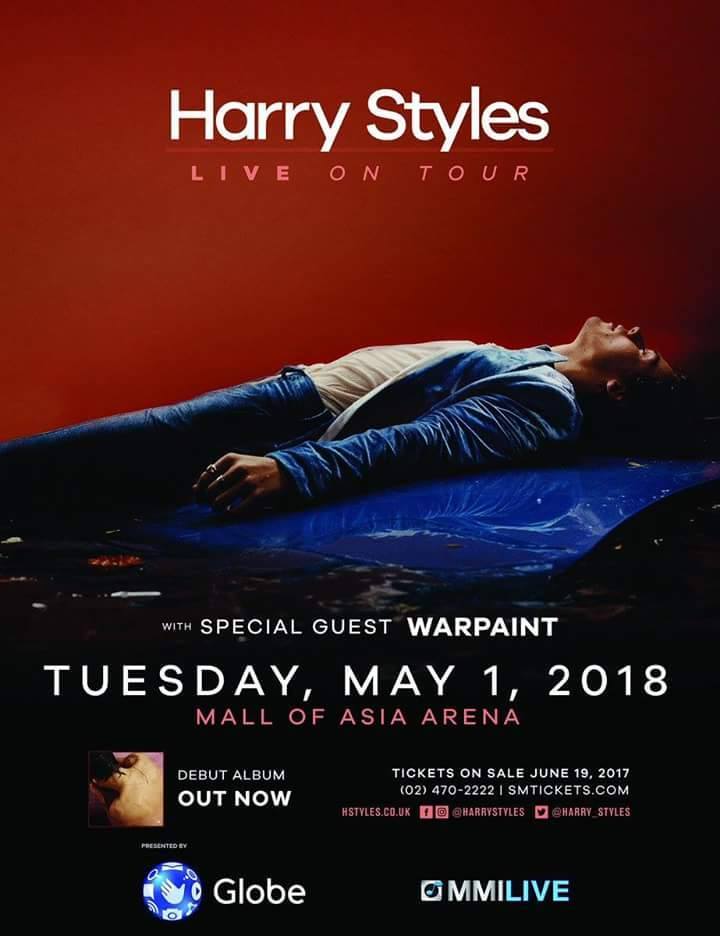 Globe subscribers get first dibs on the June 18 pre-sale.

Tickets go on sale to the public on June 19 via SM Tickets. Click here for a complete list of ticket outlets. There will be a maximum of 4 tickets per transaction.

(See seat map for seating location. Tickets to be distributed day of show)

Check out the ticket purchasing guidelines and official seat plan from MMI Live below: 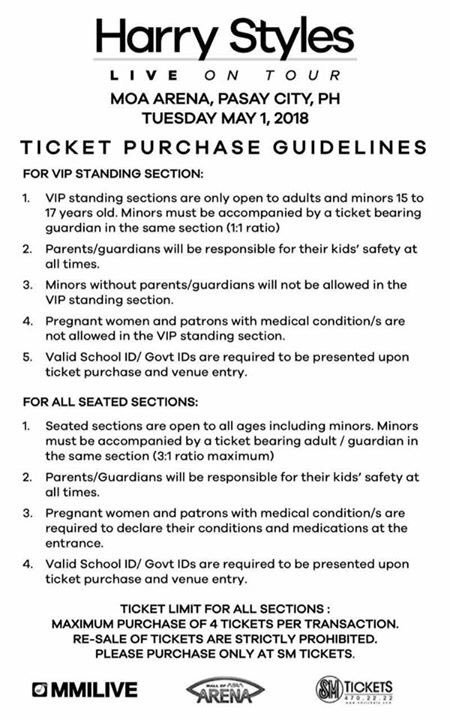 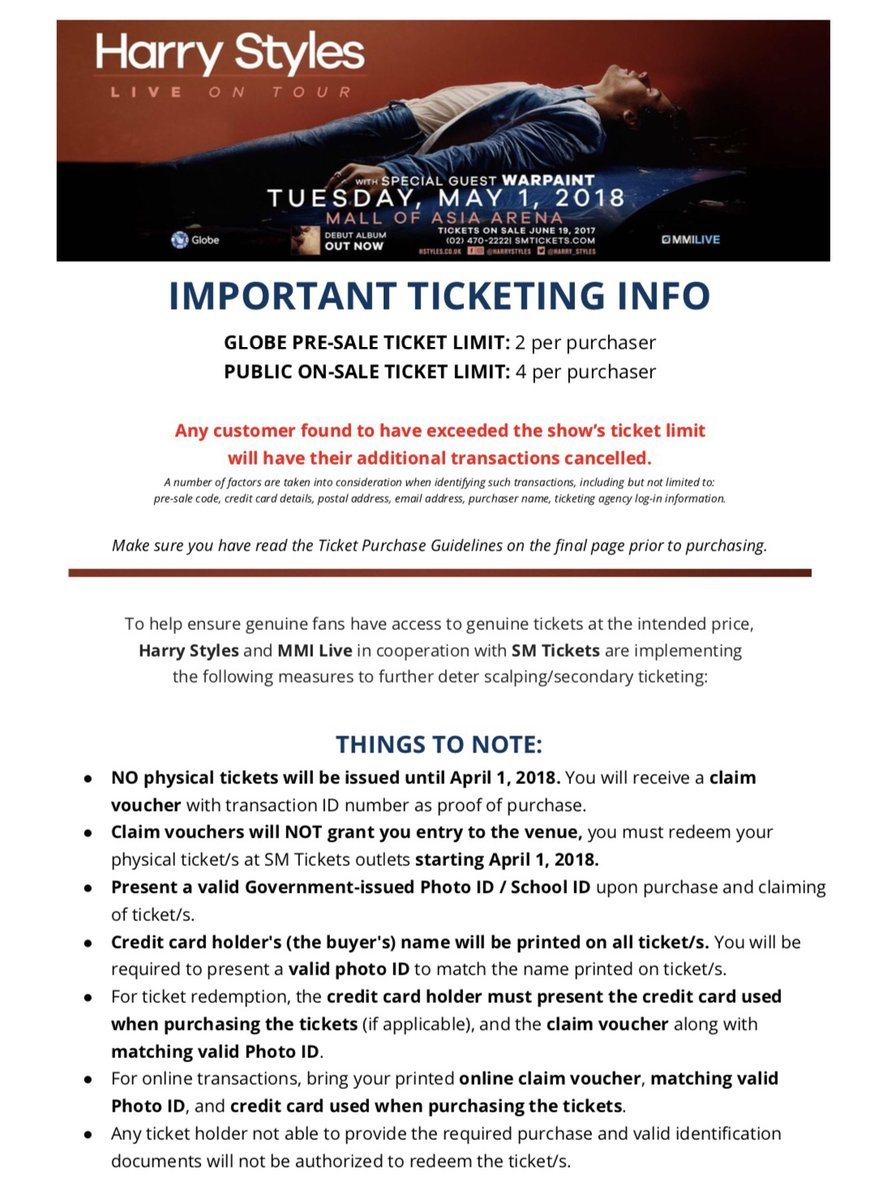 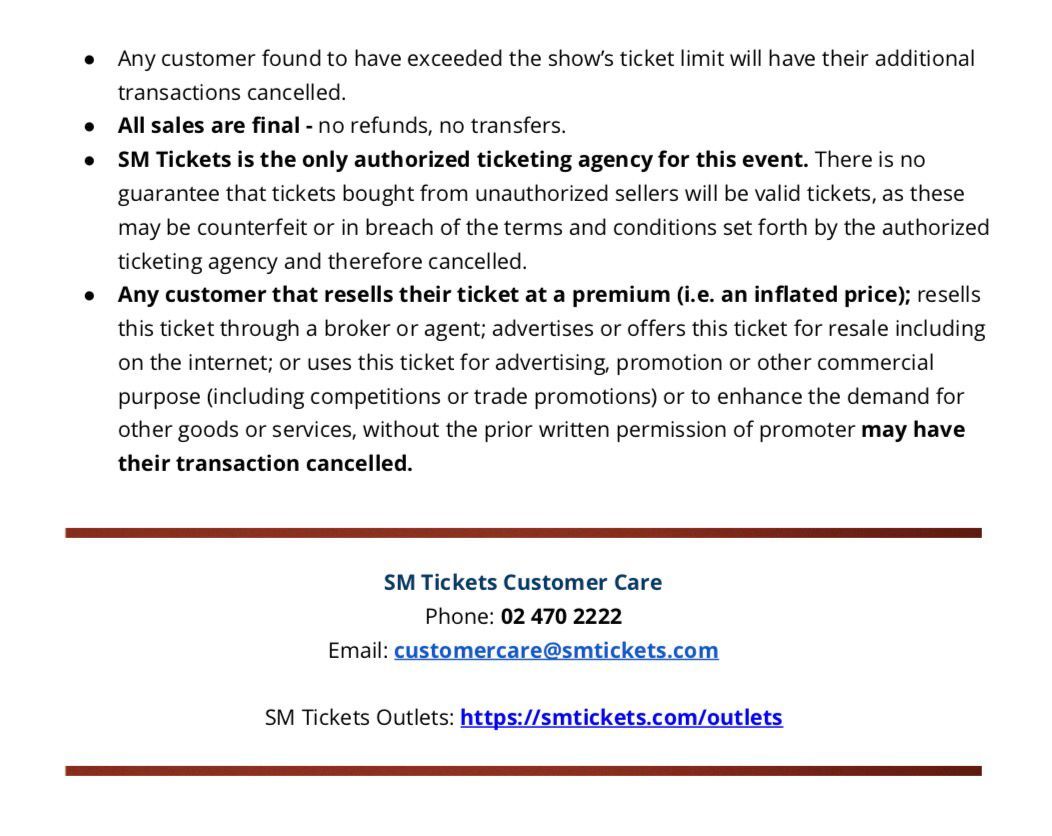 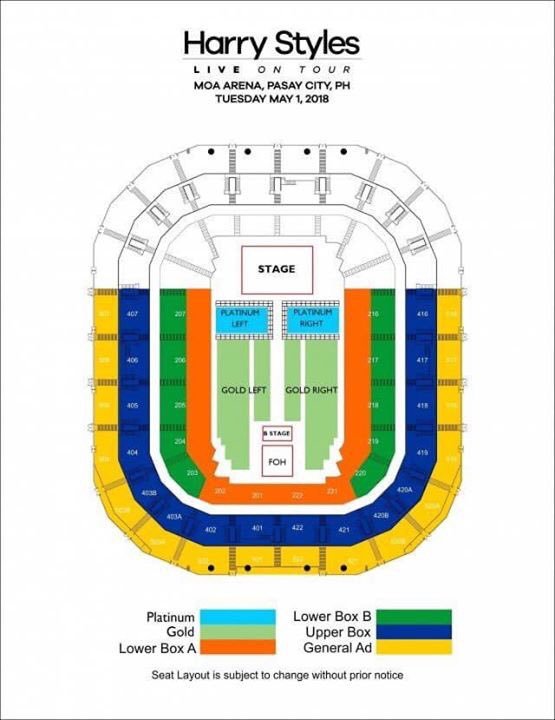 Check out the rest of his tour dates here: 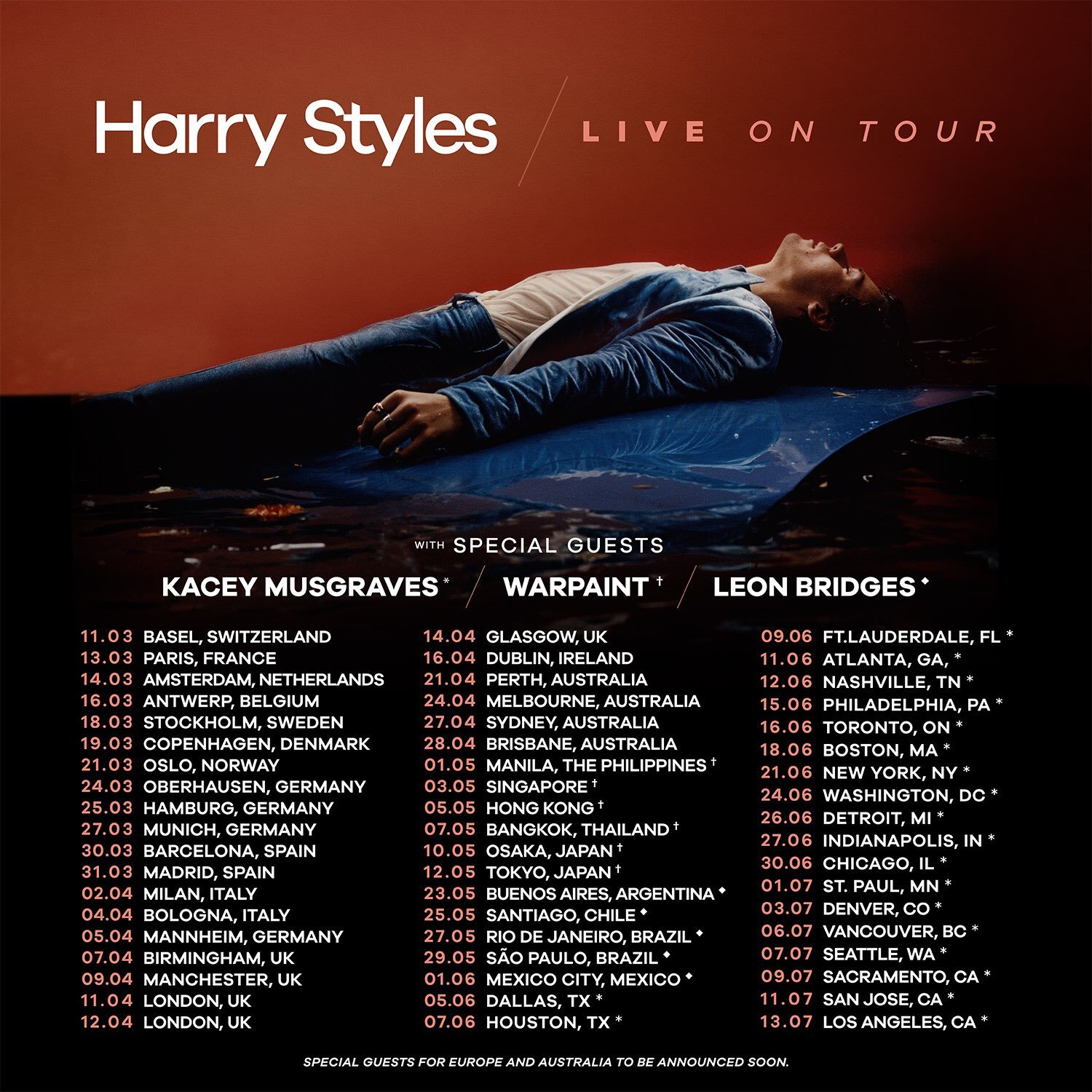 Harry Styles Live on Tour - Manila is presented by Globe and MMI Live.