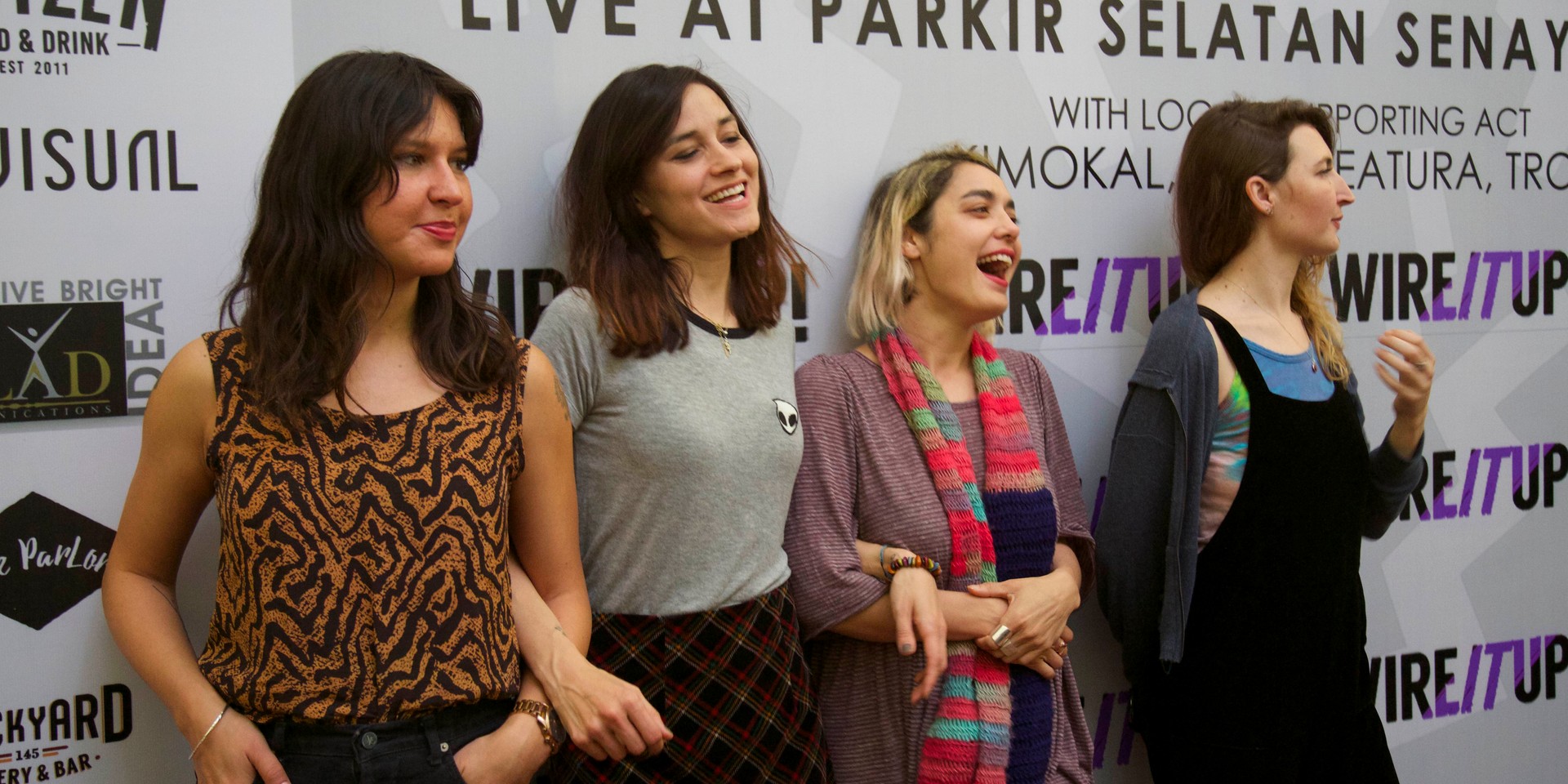 We caught acclaimed indie rock group Warpaint when they were in Asia for an exclusive show in Jakarta.

They had a lot to say about their craft and why calling their work gloomy is "too much".

Stella Mozgawa later joined the band in 2009 as the drummer. Delivering their ever-reliable experimental soundscapes, art rock, dream pop & psychedelic rock (through their records 2010's The Fool, 2014's self-titled and 2016's Heads Up) seem to be the genres they're most likely to operate in.

A few hours before they performed, Bandwagon managed to interview them a bit in a roundtable interview. You can find out what happened at their show here, but below is a condensed and edited portion of the interview. 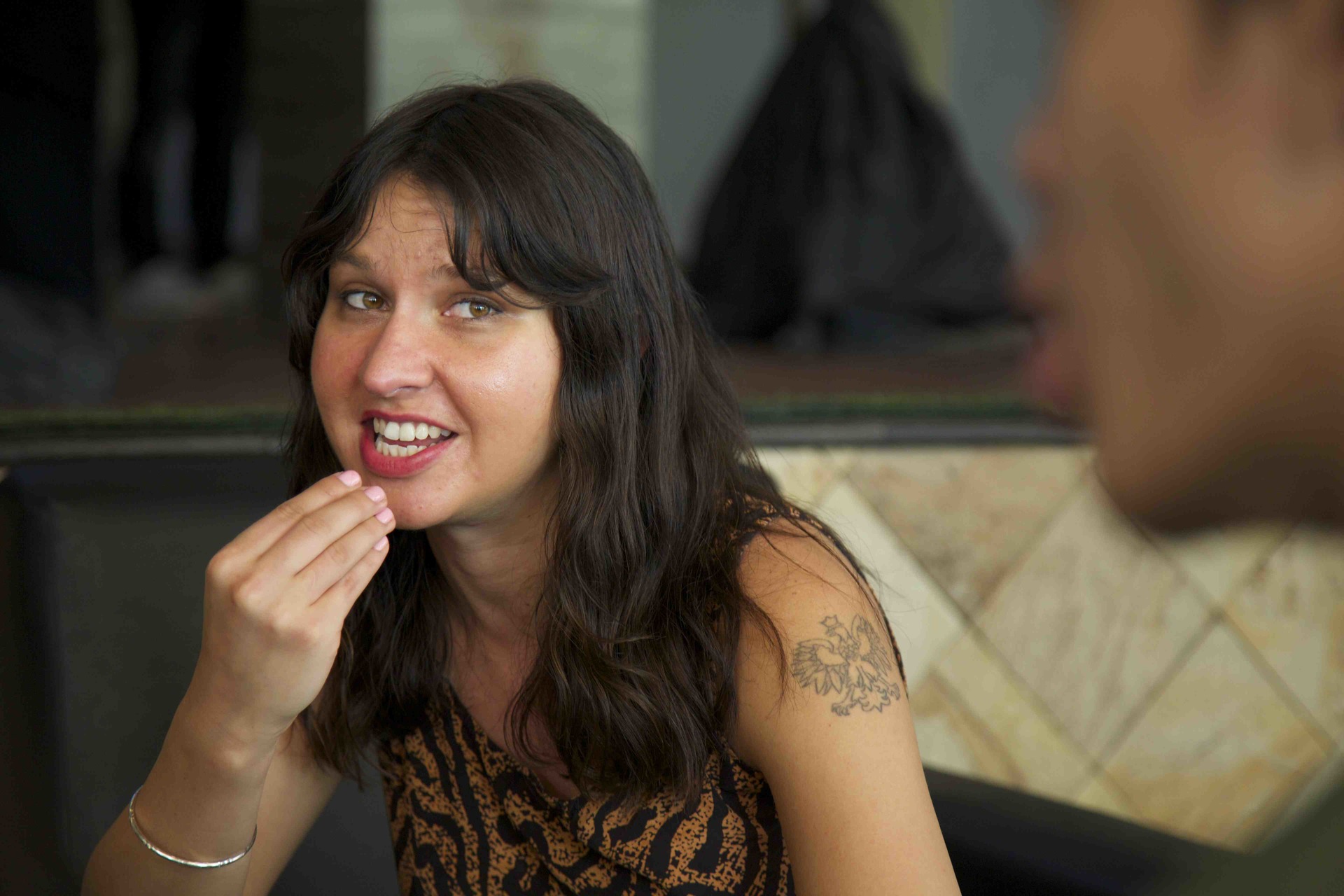 Do you agree when journalists call your music gloomy, even when Heads Up is very much driven by groove as much as it is driven by gloom?

Emily: Gloomy is like too much, I feel like we don't. I mean maybe, there are definitely songs that sound a little sometimes out of hope or something, but I would say that I think most of, like, the lyrics or places that I'm coming from is really uplifting.

So I would say maybe when you are on your way to trying to transcend the mood you have to go into the gloom to get out of it, you know you can't just hide underneath it and pretend like everything's okay — you have to exorcize it so you can actually, like, touch the sun.

Jenny: With that being said, I can see how many people say gloom because I don't think very many people are comfortable sitting in that which she just described, you know. I think a lot of people, most people would like to just "oh everything's fine it's okay let's sing about happy stuff" even though you're, like, at home shooting heroin and you're, like, bleeding to death, [laughs] but you're singing at the sun.

So you're just honestly expressing yourselves?

Emily: I think we're expressing really human feelings I think most people go through, in some, unless people are being pretentious. I would say I feel like most people could identify with those kinds of lyrics if they wanted to because they just seem like really basic human emotion. 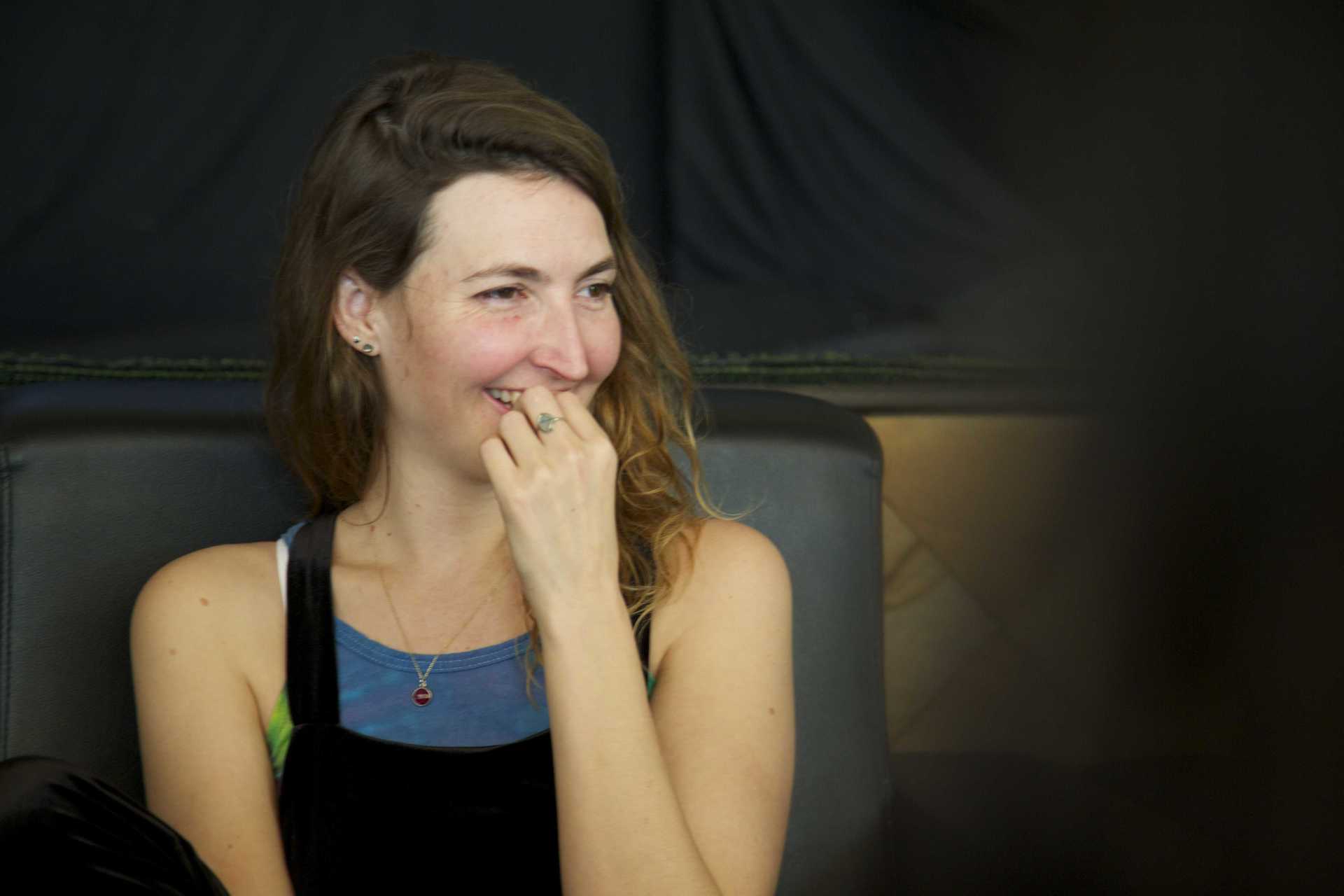 Three albums in, do you think you guys have found the "Warpaint sound" that will be the backbone of your music from here on out?

Emily: I think we just keep switching according to maybe where we're at, so the backbone to us, to me, would be that we just come from where we are and that's us growing.

Theresa: Change is the only constant.

Emily: Yeah, change is the only constant. Also maybe being able to kinda, you know...maybe this album was kinda dancy and a little bit more up. But it doesn't mean that from here on out like we're on that trajectory, that was just something I think we needed to get out of our systems because of the gloom. [laughs]

Do you have a few mutual interests that the four of you have towards music genres you listen to while growing up that basically shaped your musicality?

Jenny: This I mean we could just list them all off and then we could each say okay this is really great

Stella: Specific artists probably? As opposed to I think each of us, I wouldn't say that I like just listen to one genre growing up.

Jenny: This I mean, we listen to all of it.

Stella: More just like, there's certain artists especially that the four of us all listen to when we were growing up before we knew each other that kinda bind us like Talking Heads, what do you say the heads

Emily & Stella: All the heads. 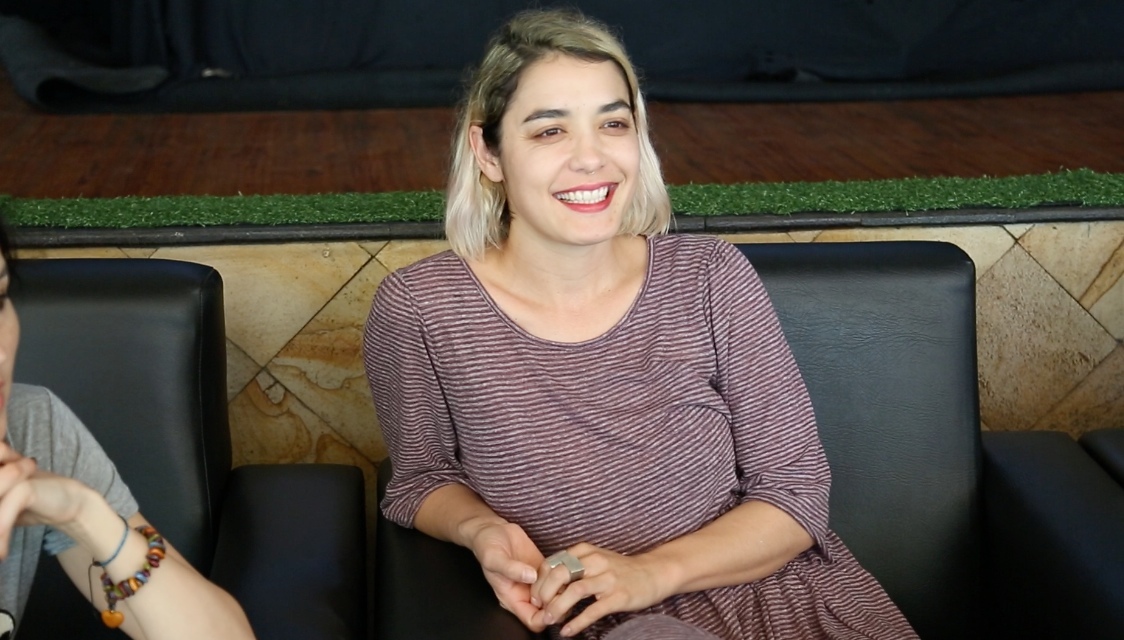 Considering that John Frusciante mixed and mastered your debut EP Exquisite Corpse in 2008, do you see yourselves working with him again in the future?

Emily: He almost mixed our new songs actually, but yeah, but umm I don't know it's hard to save John 'cause he goes through a lot of phases but so do we. But I mean there will be moments where it would be like, no that will never happen, but then it almost happened, so yeah he's in his own world doing his new stuff.

You've mentioned that R&B and hip-hop were influential to Heads Up. Do you think Beyonce should've won over Adele at the Grammy Awards?

Emily: I think that when we said hip-hop and R&B is a part of the album, I think it's more of like the kind of music that we have been listening to, but not so much of what we're trying to make.

Theresa: We listened to it on our last album too

Jenny: It's just part of the influence.

Theresa: Yeah it's actually been an influence since we were like 15 or something, so it's like, I know that got to be like kind of a big thing or something but, I mean there's always been like a slight tilt towards, like, hip-hop feeling beats and maybe that's coming out more and more, but it was coming out more on our last album. But then there's also like all these tilts and all these other directions too so it's kind of, I don't know. It's hard for us to classify ourselves doing just that.

Emily: But speaking of classification in [the] Grammy's, there's only been I think 4 black artists that have ever won album of the year, which is crazy. 3 were Stevie Wonder, 2 were Outkast for 1 album. And then yeah, Michael Jackson, but mostly they [black artists] went in urban contemporary as that is like their category or something, which is crazy how much influence that music is on, you know, music.

Jenny: I don't think so.

Emily: Yeah exactly, so it's a little bit weird. But the Grammy's are a little weird, I don't know. I'm not gonna say like I hate the Grammy's forever but, the Grammy's really need to step it up.

Stella: It is what it is like I think everyone in the music industry knows after a while what the significance of the Grammy's are and it's not like necessarily a barometer for what's the best or most like the highest quality music, it's just once spreading out most successful to like the greatest number of people in a way.

Theresa: It's weird because there are ways that you can campaign in the Grammy's to get a nomination and then also to win, it's already right there. It's slanted, fixed and biased. It's like you can offer money in order for you to be considered that's just completely uninteresting. So that just like discredits the whole thing. 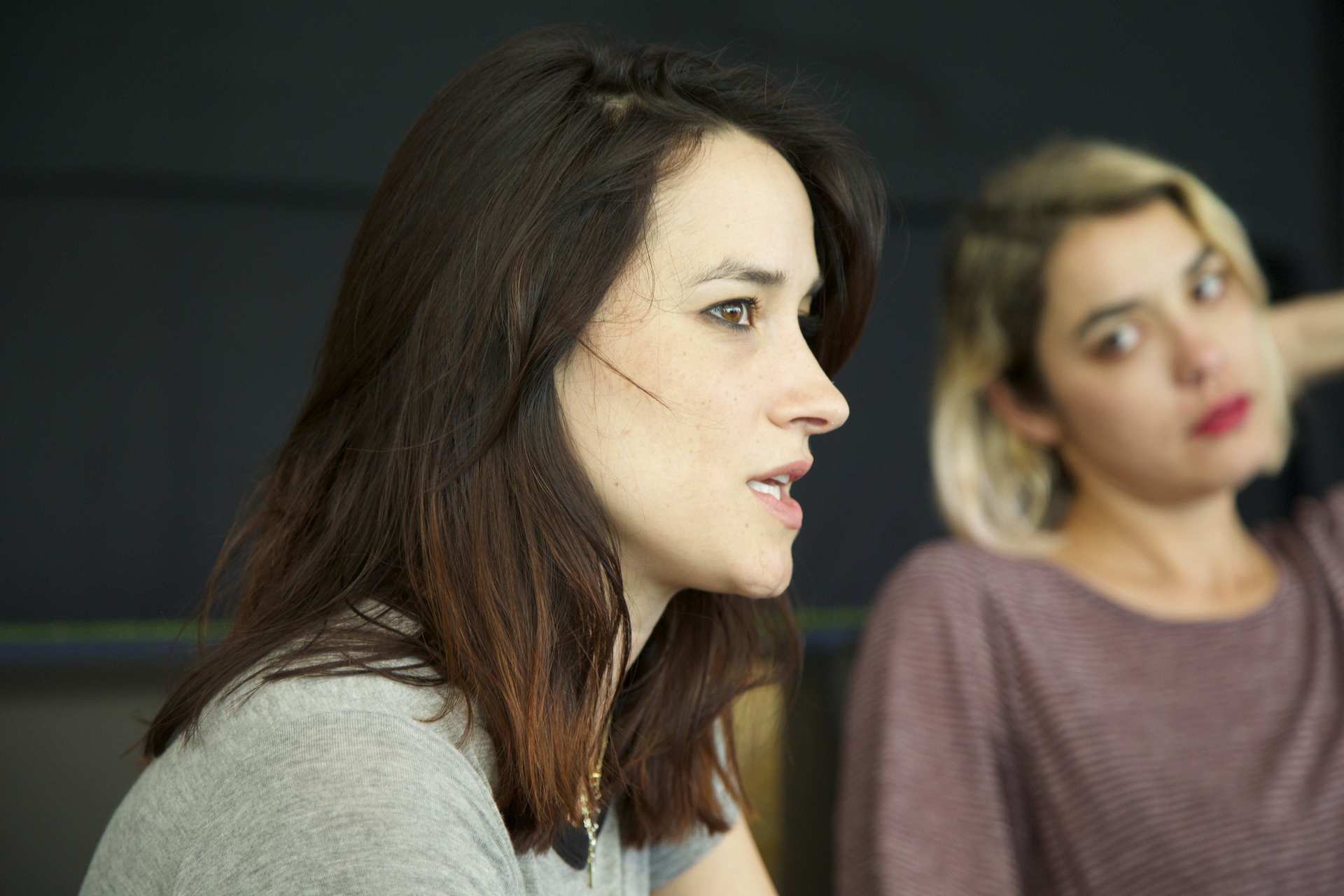 Can you tell me a few artists that you would like to collaborate with in the future?

So you're into ambient as well?

Stella: Oh sorry I thought you meant the drugs [laughs].

Stella: But we'll talk about that later. Yeah sure, but I think in terms of Brian Eno I'm more into his sung records like Taking Tiger Mountain (By Strategy) (1974). There's not a lot of people that I could think of that would actually really work with us. It's like nice and surprising when people invite us to do things, but I can't think anyone that we've projected or manifested.

Emily: I think we could make a great track for a rapper

Stella: That would be amazing!

Emily: What was the song we were talking about putting? was it 'Bees'? I think at one point we've thought of it. RZA came to an early early show of ours and he was really into 'Bees', he was speaking of how cool if like GZA was on a track like that you know. But they cost like 30,000 dollars at first so.. (laughs)

In terms of hip-hop, are you more into Boom Bap or Trap?

So you're more into boom bap?

Stella: Sure, I guess if that's old school then yes definitely, for me personally but I don't discredit it. 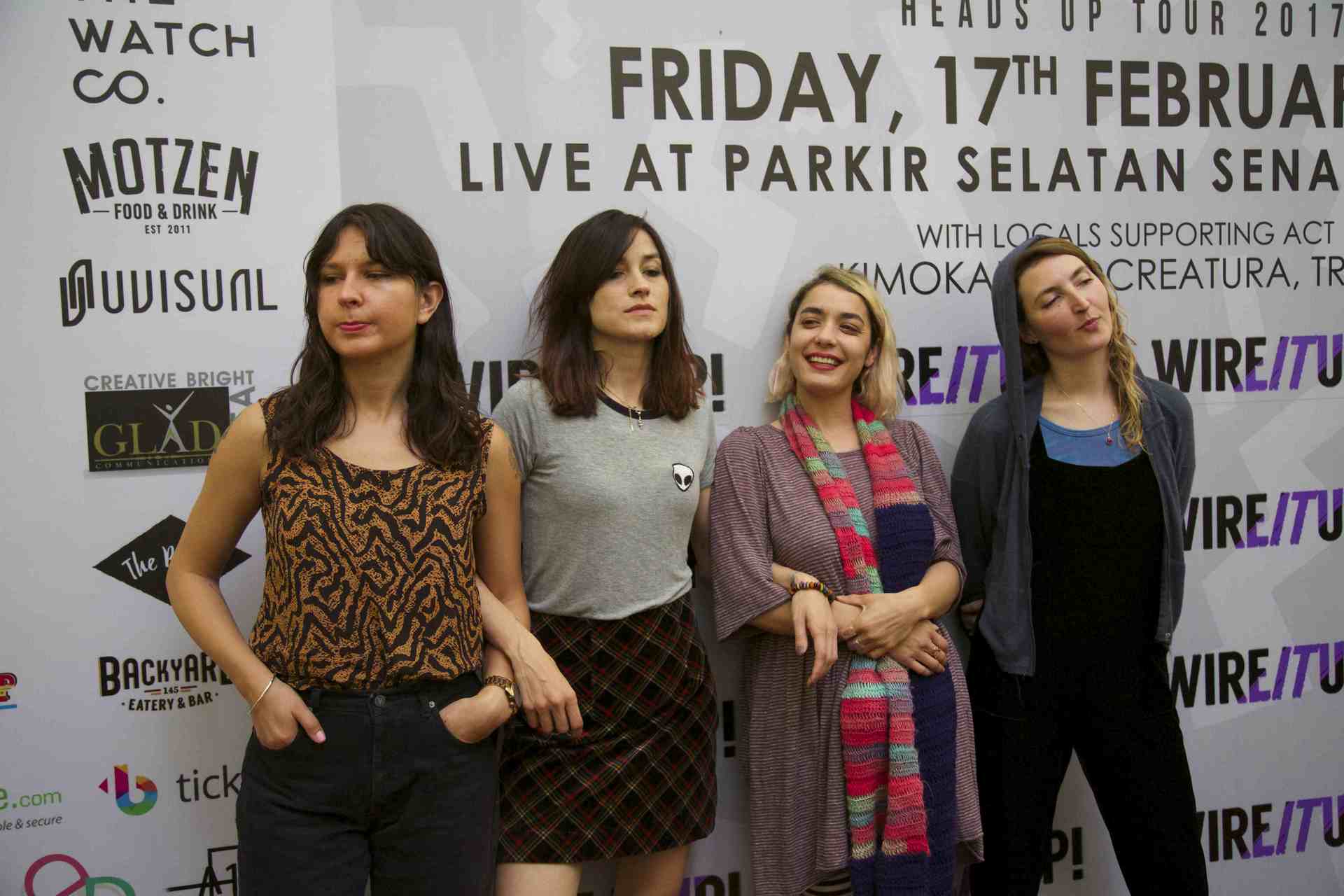 Head over here to check out our gig review of their concert.