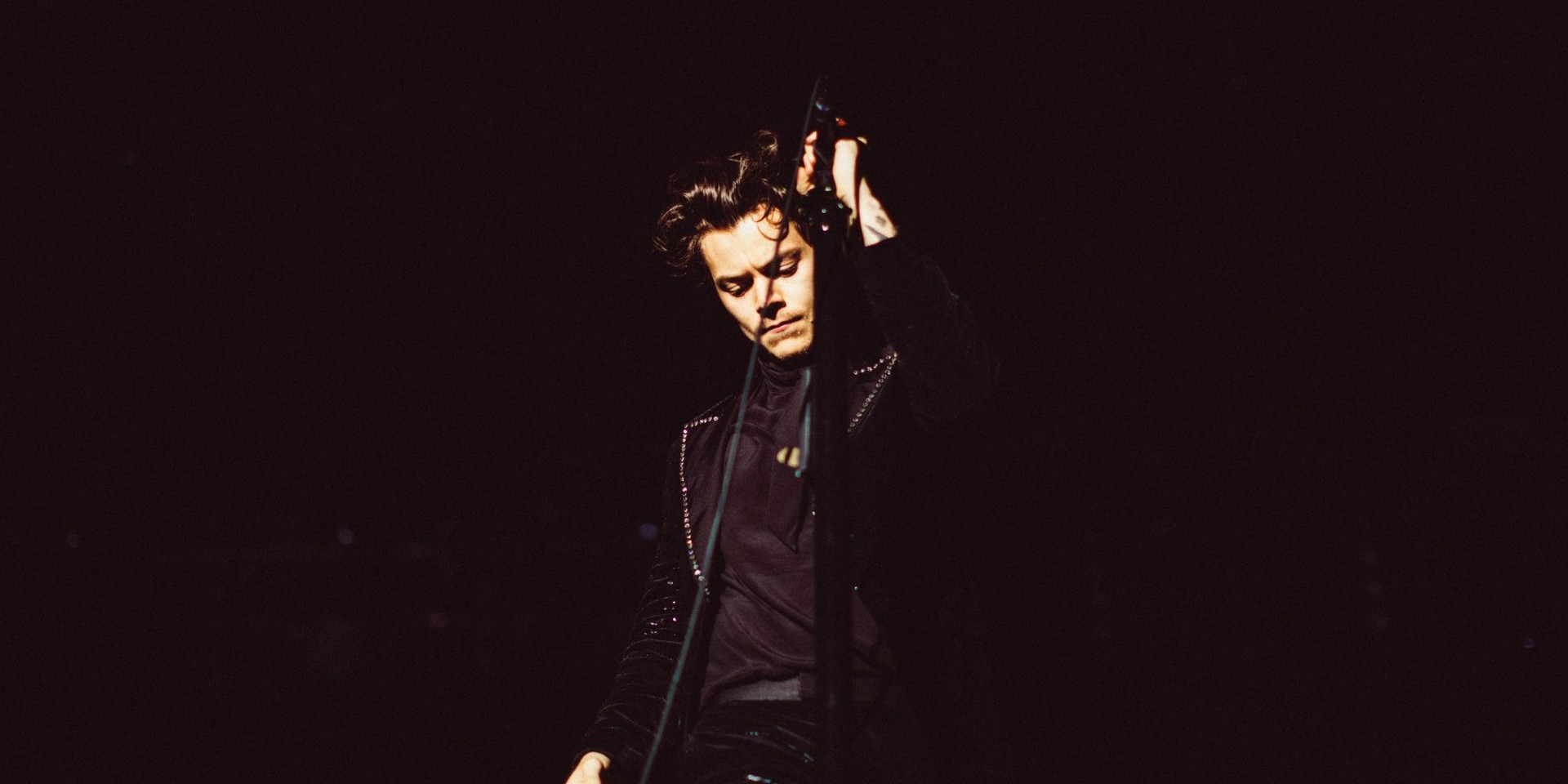 Words by Louisa May Chan

The first of the two tracks, 'Anna', is an upbeat rock track that samples a guitar hook from the late George Michael's song 'Faith'.

There's a catchy chorus to immediately latch onto as well: "I don't want your sympathy, but you don't know what you do to me/ Oh, Anna!/ Every time I see your face, there's only so much I can take/ Oh, Anna!"

The more intense track of the two, 'Medicine', sees Styles returning to his crooner mode on the chorus: "Can I take my medicine, take my medicine/ Rest it on your fingertips/ Up to your mouth, feeling it out/ Feeling it out." 'Medicine' is slightly reminiscent of 'Woman' and 'Kiwi' from the singer's debut album, featuring Styles' deeper vocals amidst a rock-and-roll-esque soundscape.

addictof1d: HERE IS MY VIDEO OF HARRY PERFORMING MEDICINE FOR THE FIRST TIME AND I NOW DEMAND A STUDIO VERSION pic.twitter.com/rAShEwjfZk

Before performing 'Medicine', the 1D alum explained, "We wrote a lot of songs for the album, and we chose ten that I loved", indicating that both tracks were part of the creation of his album, but ultimately failed to make the cut.

Fans might have to wait some time for studio versions of the songs, but those attending Styles' arena shows this year can probably expect him to perform them live, among others from his self-titled album, as evidenced by his setlist from the 11 March show.

The setlist for Harry Styles Live on Tour! pic.twitter.com/ZG4QfqKohn

Harry Styles is due to return to Singapore this year, this time performing at the Singapore Indoor Stadium on 3 May. Tickets are available here.