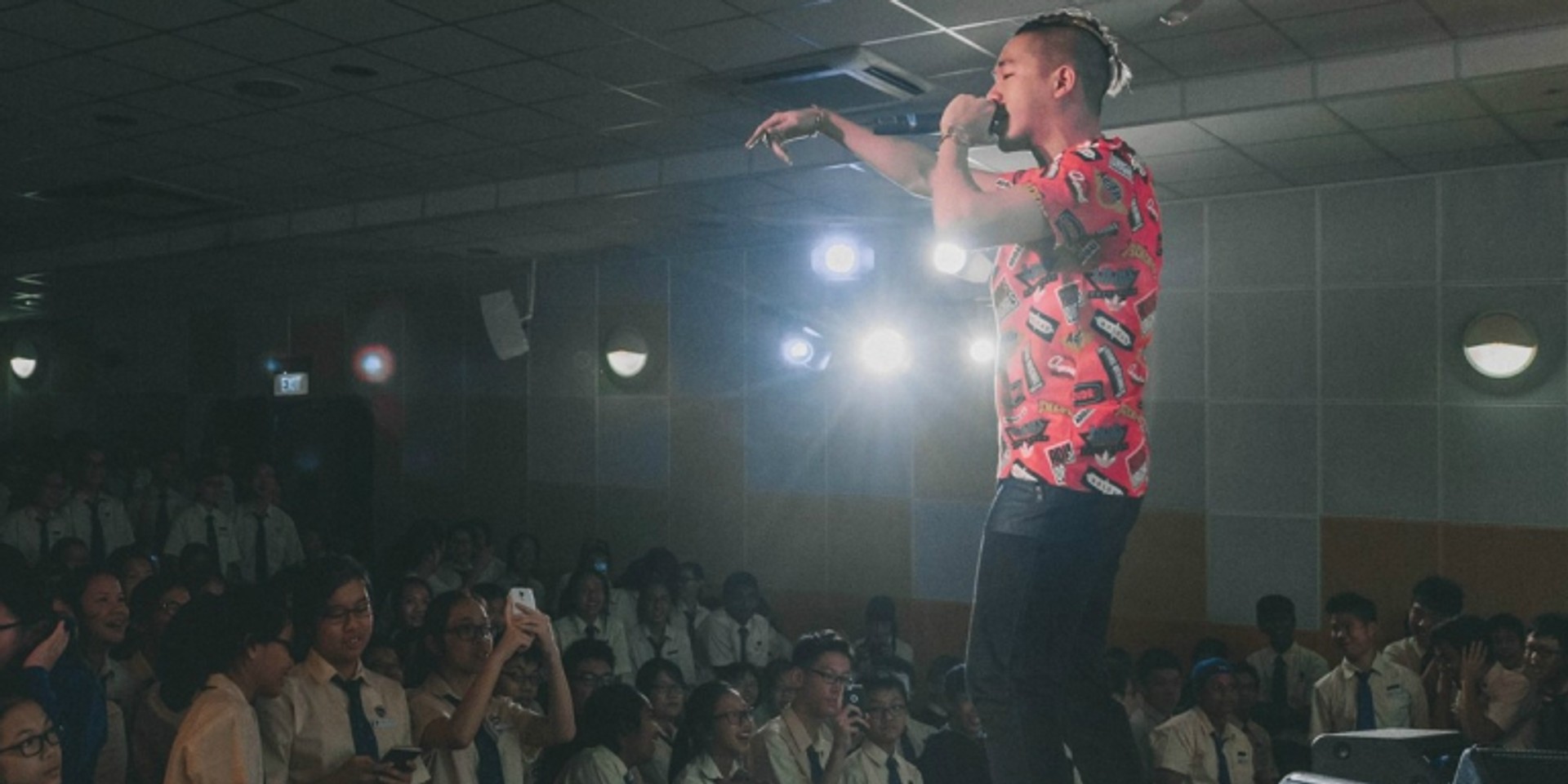 The reality is grimmer than we initially hoped: the haze is still around.

We were hopeful when the Indonesian government finally showed interest in taming the forest fires of Surabaya, aka the source of this ungodly air pollution, but it seems that it’s not going away. I won’t get into the meaty politics of the matter — we are about the music after all — but it’s sad that there’s not enough done to help clean the air. We’re fortunate enough to be located at a great distance away from the massive country, what more for our brothers and sisters nearer to the flames who are suffering from an even thicker and hazardous quality of our air.

Whether or not this was the reason to push *SCAPE Invasion’s show in Fairfield Methodist School (Secondary) indoors is not clear, but what is clear is that it was definitely a welcomed decision, for the health of everyone. *SCAPE Invasion’s home ground is wherever there’s a school assembly hall or a semi-open air auditorium — this was when their show was exclusively controlled and contained by the confines of an air-conditioned environment. It’s still an open party, you just need to be mindful when you open the door. 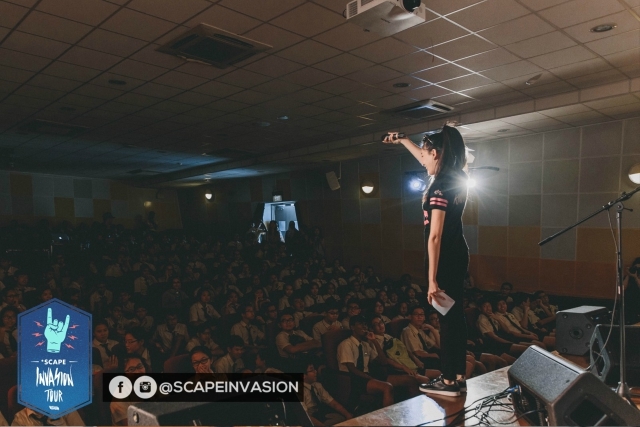 This didn’t dampen the party environment, although it must be noted that the Fairfield students were slightly more reticent when it came to participating in games with 987fm DJ Kimberly Wang. It even took a bit of extra effort on ShiGGa Shay’s end to make sure the students would come to the front, aside from the small but extremely excited group of girls who were clamouring to get a glimpse of their favourite Singaporean rapper. 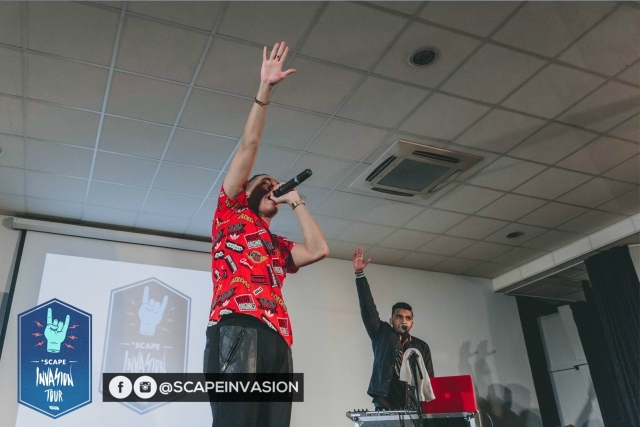 Joie Tan was made for that environment though, as all students played the role of an intent and learned audience, keeping quiet to give Joie dominance over the environment, chatting away and applauding when it was appropriate. As the *SCAPE Invasion Tour comes to a close very soon in 2015, we can only imagine how much more students would be seasoned with the concert environment next year. And if that means more enthusiastic pogo-ing and thoughtful listeners, we’re all game to see that. 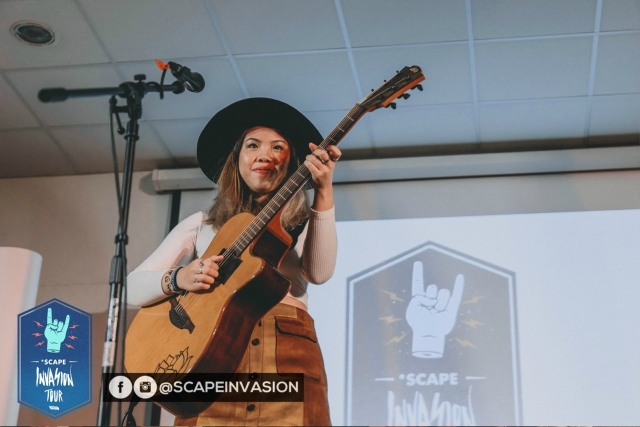 Let’s just hope the haze isn’t around by then.