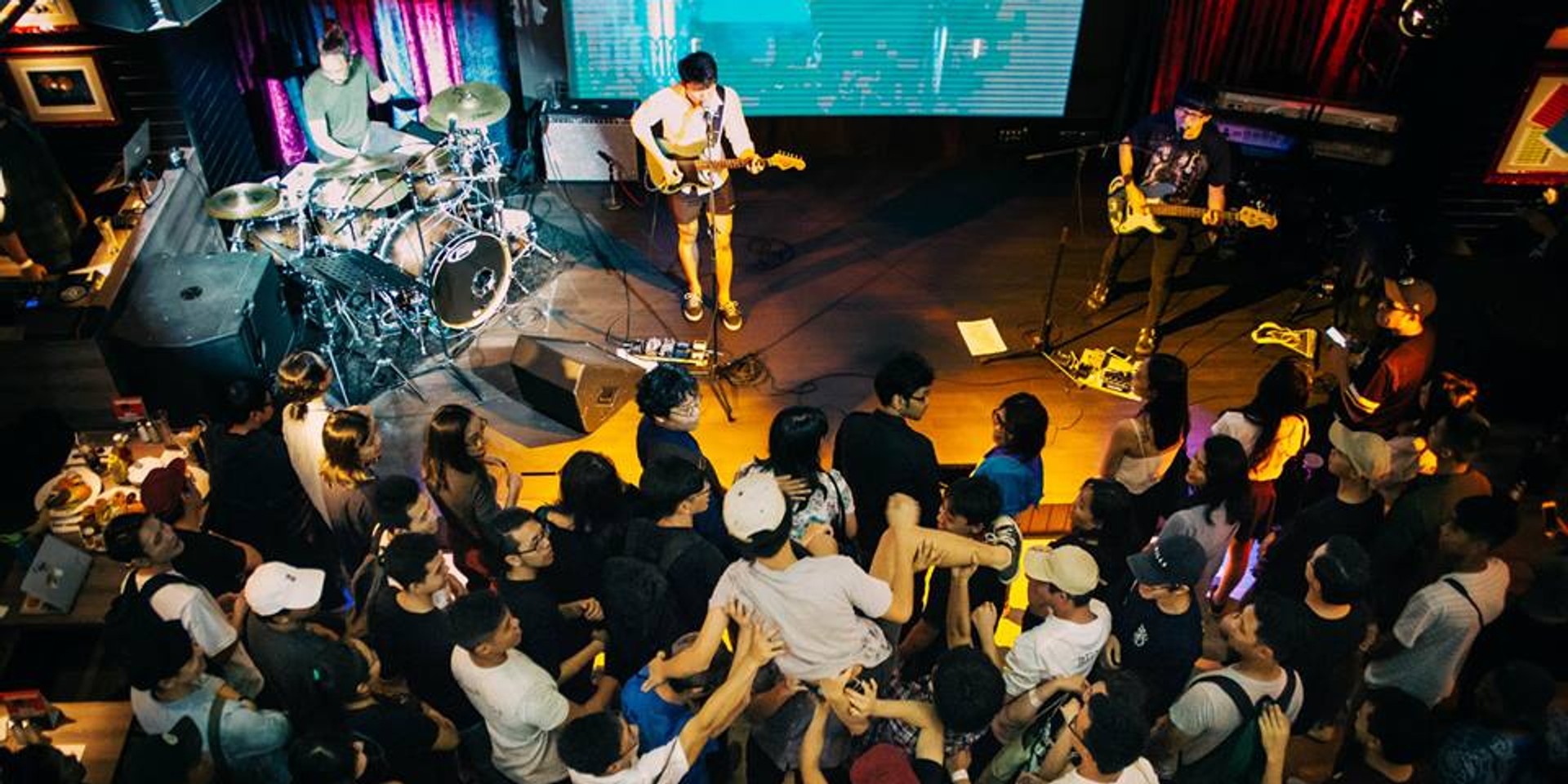 For the month of November, we're bringing forth Bandwagon Nights with some of our favourite bands from the past few years, so it's going to be a diverse one.

On 2nd November, we're joined by both Subsonic Eye and The Neptune Waves with their own distinct brands of indie rock.

Subsonic Eye, veering towards the ethereal and cosmically sacred, smother sparkling melodies with layers of reverb. The Neptune Waves, on the other hand, are far more forthcoming with their anthemic songs, powered by propulsive rhythms and immediate choruses.

On 9th November, we welcome back Stopgap, who we first invited for the inaugural Bandwagon Riverboat.

We know how explicitly well these guys can conduct a party, so even though their debut album Totems is worth following up on, you can go in blindly and expect a raucous rock n roll party anyway.

On 16th November (now 22nd November), however, it'll be an intense and meditative affair with the return of post-rock band 7nightsatsea, marking the end of a brief hiatus from the live music scene.

Look forward to an immense amount of powerful rock riffs with emotional resonance, along with a healthy amount of technical complexity. The night's special opening act would be Widower's Palms, the contemplative solo project of bassist Damian Steven. 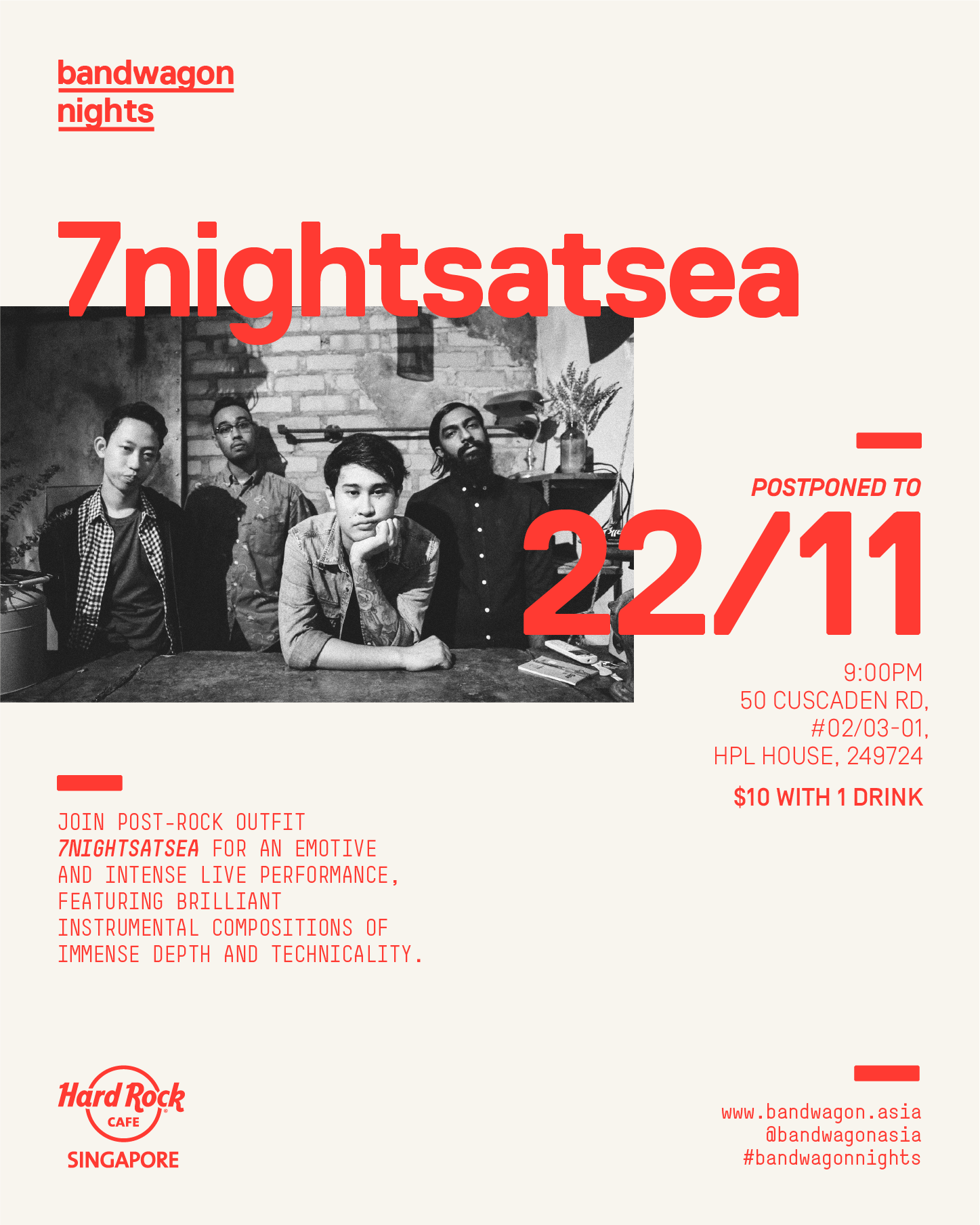 There are still two more acts yet to be announced for November, so keep a look out. But for now, all three acts will perform at 9pm and entry is only a one-drink minimum cover charge, priced at $10 SGD. We've also teamed with Hard Rock Cafe to give you exclusive F&B promos for every Bandwagon Night here on out. Find out more details over on our Bandwagon Insider to redeem special offers on selected menu items.