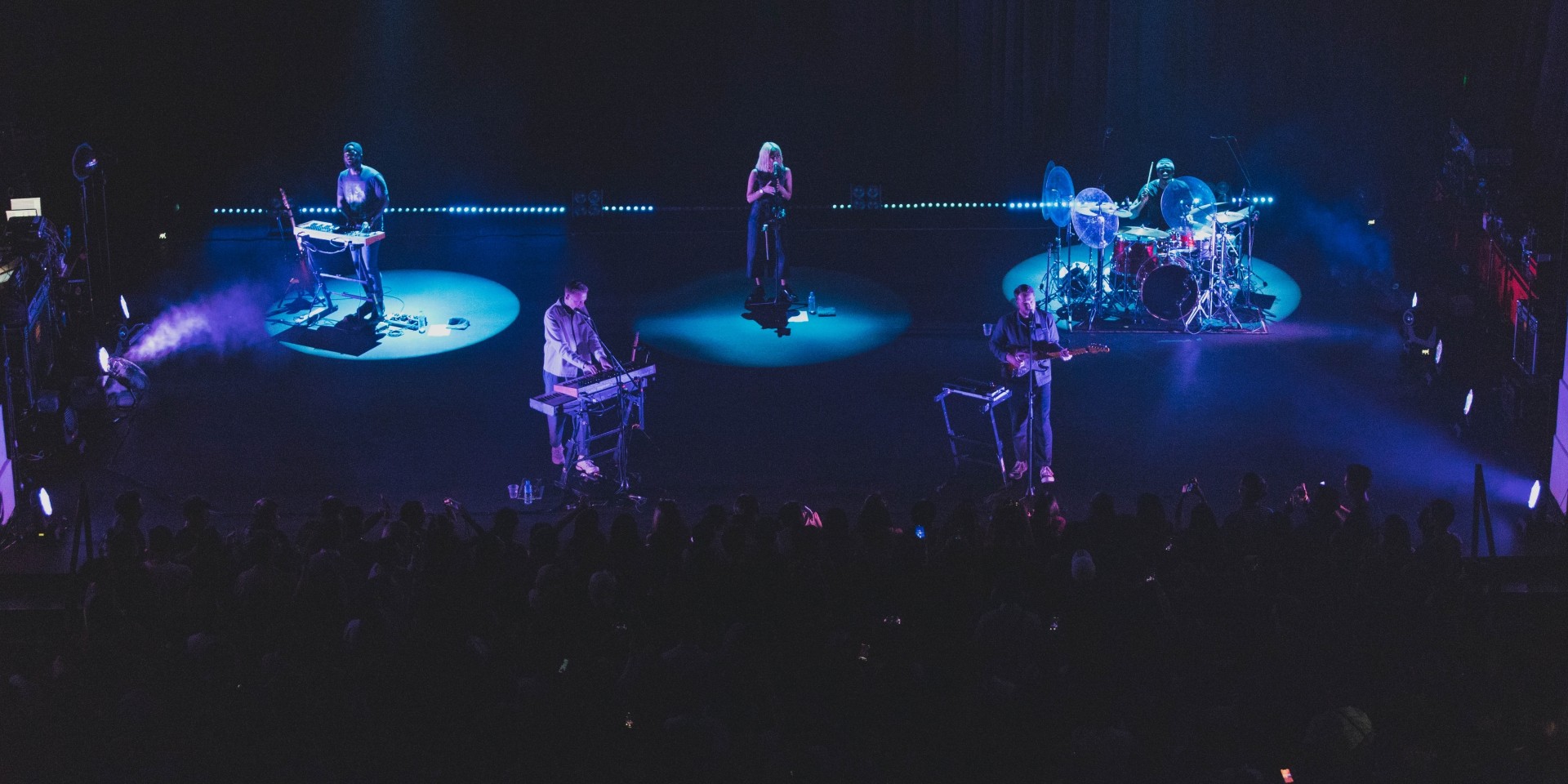 Tinnitus is an almost unavoidable part of the live concert experience. Let’s face it: The frantic ringing sound in our ears is not good for us, yet we keep attending gigs hoping that repeated exposure to soaring guitars, melt-your-face-off bass and thundering drums won't harm our ears more. However, HONNE’s two-night sold out show in Singapore wasn’t at a volume befitting the Capitol Theatre's behemoth in-house sound system. James Hatcher and Andy Clutterbuck had their sights set on a different end. Regardless, I still got temporary tinnitus – not from the house speakers but because the screams of the audience reverberated enough to make it happen. 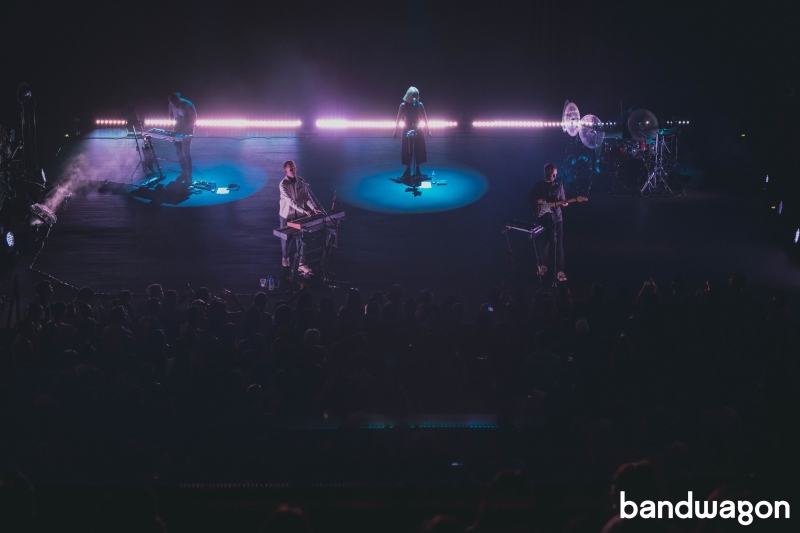 From the get go, it was clear that the fans were the stars of the evening. Some had been awaiting for HONNE’s triumphant return for a long time. An earnest few began queuing as early as 9.30am – when promoter Moonbeats Asia hadn't set up the cordons for the queue. As the queue got progressively longer and started snaking around Capitol Piazza, the collective energy of a strong and excited fan following began to suffuse the atmosphere. 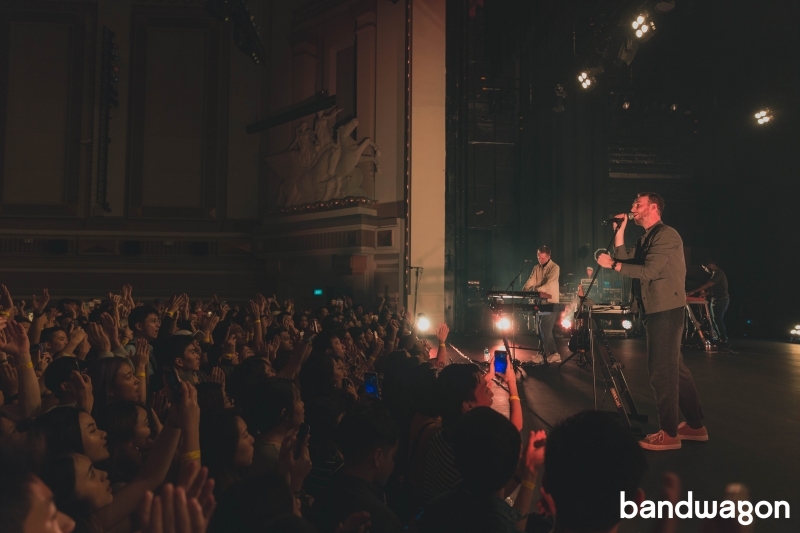 The restless energy of the crowd coalesced into a singular force of vocal magnificence the moment HONNE’s beyond-incredible supporting musicians took the stage seconds before Andy and James burst onto stage with their rabble-rousing opener, 'Me & You'. Unfortunately, the band seemed to hit a snag with its vocals, with Clutterbuck's voice being barely discernible over the speakers. The crowd immediately took front and centre, crooning out the lyrics of the songs in pure collective ecstasy. HONNE’s backline wizards made quick work of the snag, quickly rectifying the issue. 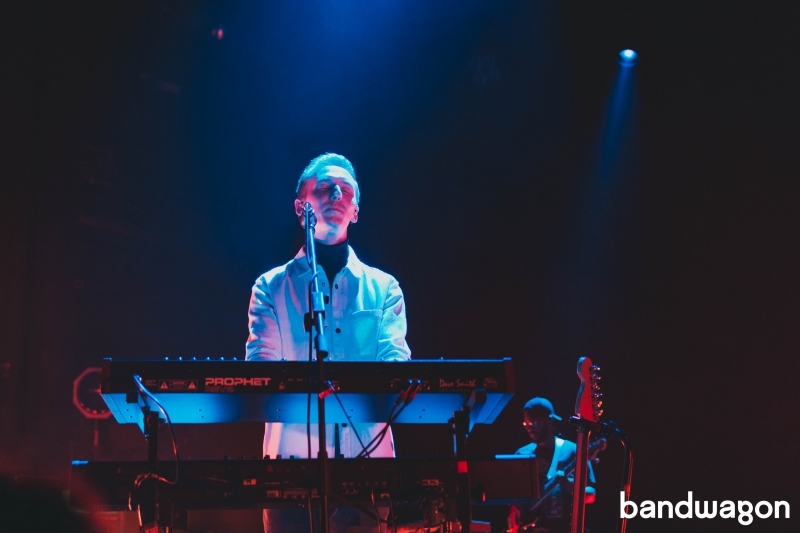 Moving swiftly through a set list designed to please both new entrants to their burgeoning world and longtime fans, HONNE delivered hit after hit as it masterfully controlled the pace, vibe and feel of the crowd with every note. From songs off its 2018 sophomore album, Love Me / Love Me Not: 'Me & You', '306', 'Sometimes' and 'I Might', to the old goodies: 'Good Together' and 'Warm On A Cold Night', the duo and its accompanying band demonstrated their ability to hold their instrumental own in an electric repertoire. The crowd’s energy never dipped throughout the concert, as it scream-sang their way through the band’s set list. Clutterbuck – who is regularly on vocal duties – let his mic drop and focused on instrumentals many a time, realising that the crowd was pretty much doing his job for him. 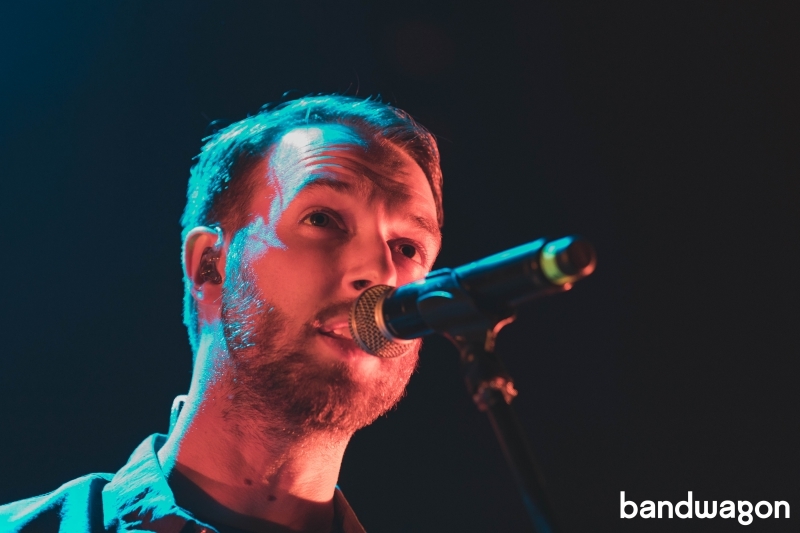 HONNE’s supporting band was in the league of its own, with bassist Amadu Koroma and drummer Duayne Sanford creating an immaculately groovy foundation for the crowd to dance to. They consistently punched above their weight and brought a new instrumental dimension to HONNE's signature electronic sound. 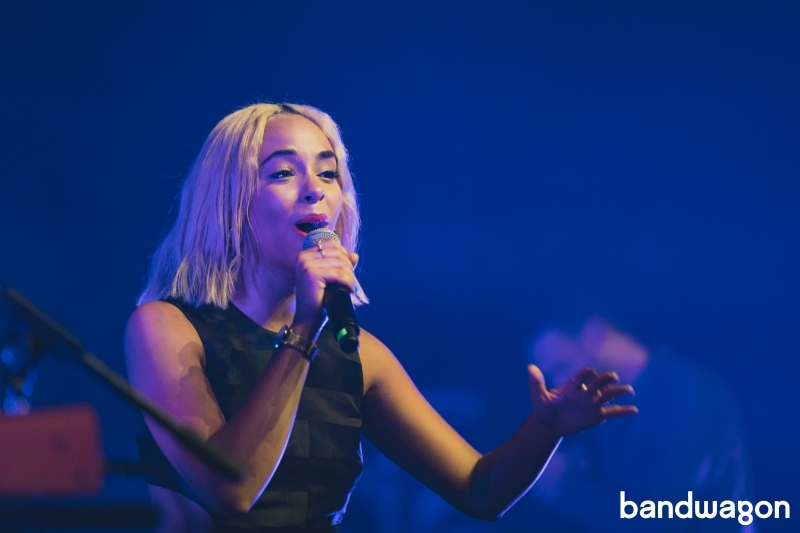 Backing vocalist BEKA stole the show with her silky vocals when the band charged into 'Crying Over You' – it was perhaps the only time the crowd stayed silent and didn’t sing over the song, because it wanted to hear BEKA hold her own. 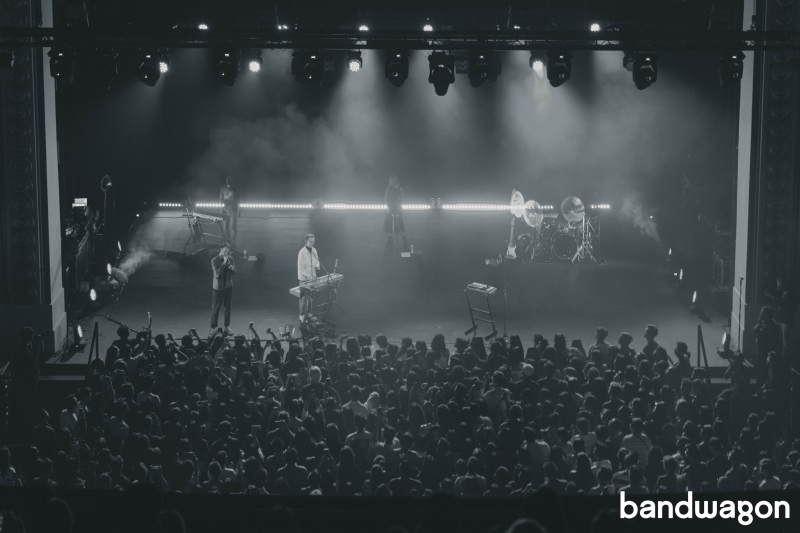 All in all, HONNE’s second set of shows in Singapore continued to demonstrate musical and technical excellence. The crowd most certainly left happy and buzzing for more.

That night, the foundation was laid for HONNE's triumphant return to Singapore soon. The next time, the stakes will be even higher.