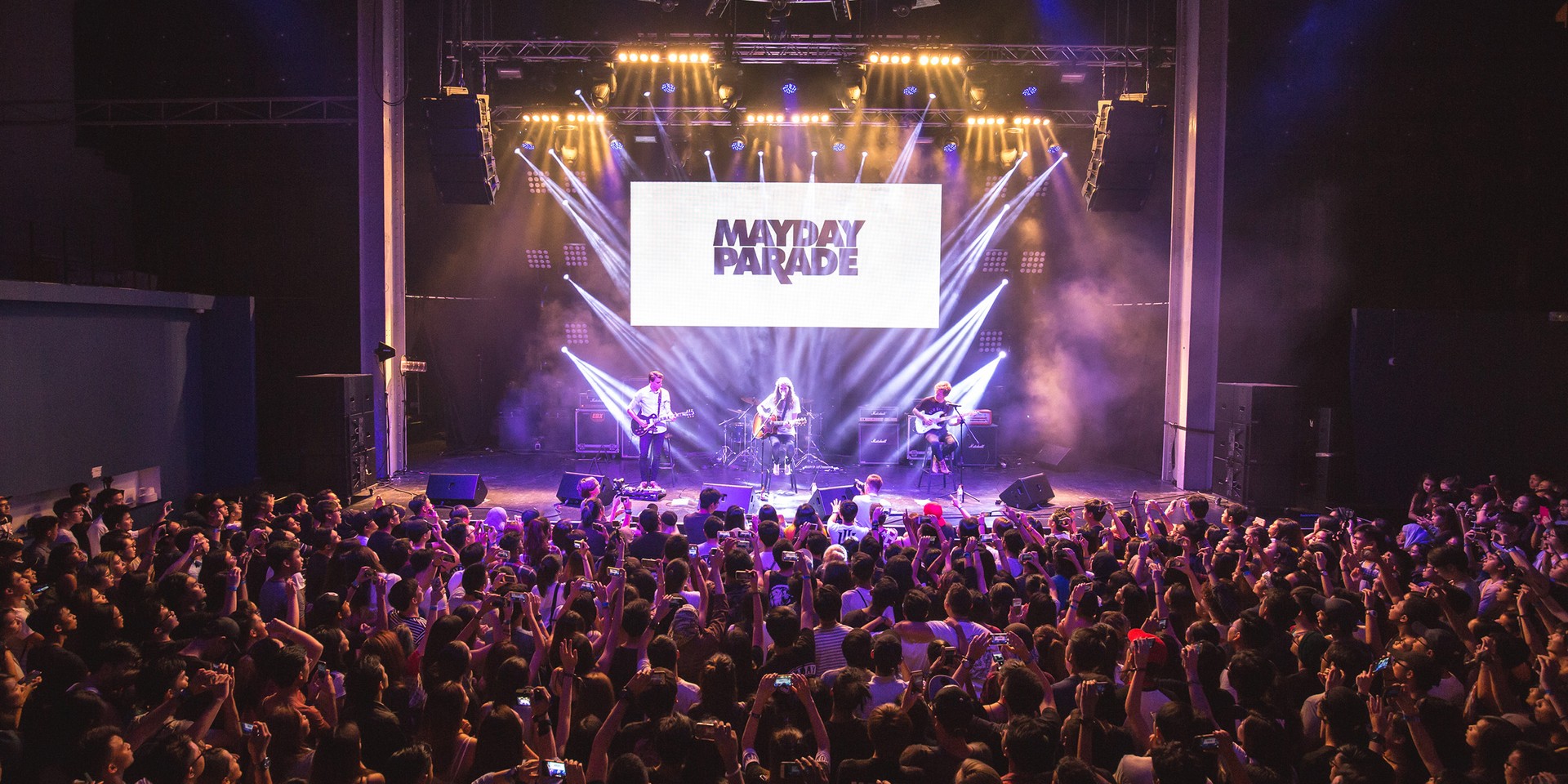 Everything was going well for Upsurge Productions, the long-running organizers behind some of the biggest pop-punk and post-hardcore shows in Singapore.

Founded by friends and former avid concertgoers Mae Ng and Lizanne Teo, 2016 would mark the third time the duo would bring celebrated pop-punk outfit Mayday Parade to the country, having hosted the band in 2011 (which was their first-ever show at 20 years old) and 2014.

It was a no-brainer for them to bring the American band back — with minimal promotion over social media, the show had already sold out by the second week of October, capping at 750 concertgoers.

Bands that Upsurge specialize in may no longer possess a stronghold in commercial success as they once did, but they've been able to cultivate dedicated followings ever since. Mayday Parade just happens to have one of the biggest in pop-punk, and Upsurge are well aware of that.

It was only show day on Sunday, October 16th, that they needed to be worried about, with all the standard last-minute issues and logistical challenges that they've been acclimatised with at this point. Their first show as Upsurge was meant to be for metalcore band Miss May I, who eventually cancelled due to "weather conditions".

One phone call changed everything for them, and it felt woefully familiar.

"I got a call from MP's tour manager at 1.30am on Sunday morning, telling me that all Philippine Airlines flights have been cancelled due to a strong hurricane in Manila," says Mae, "and he's not sure if they're able to get a new flight out in time for the show."

The band's management did, however, manage to book another flight for Sunday, which would only land in Singapore at 7pm — just an hour before the advertised starting time of the concert at Millian Singapore.

The clearest solution for them was to push the starting time ahead, to allow the band some time to rush to the venue for soundcheck. Severe weather fluctuations have become part and parcel of tours, and despite being the cause of show cancellations like Miss May I's, it merely seemed like a slight crutch in their plans.

Then came the next hit.

"Got a call in the early afternoon on Sunday with ‘good’ and bad news: their new flight got overbooked, but he only managed to get 3 members (vocalist Derek, guitarists Alex and Brooks) on it," Upsurge explains. "It was a mad scramble from there onwards, for both the tour manager stuck at the airport in Manila and us at the venue in Singapore, calling airlines trying to see if we could get the rest of the band to fly in, just in time for the show."

Despite their best attempts, the remaining two members of Mayday Parade were unable to make it in time. Having announced the show in June, relaying the news to the band's avid followers was a painful thing to process. "I'm sure fans have been counting down the days to watch Mayday Parade, whether it's their first, second or third time watching them live in Singapore," says the duo. "Also the show completely sold out in the last week, and we really didn't want to disappoint them."

They drew out three options: postpone the show to Monday (like what LAMC Productions had to do for Morrissey recently), shift the show to 2am, or to simply set up an unplugged show for the three members. 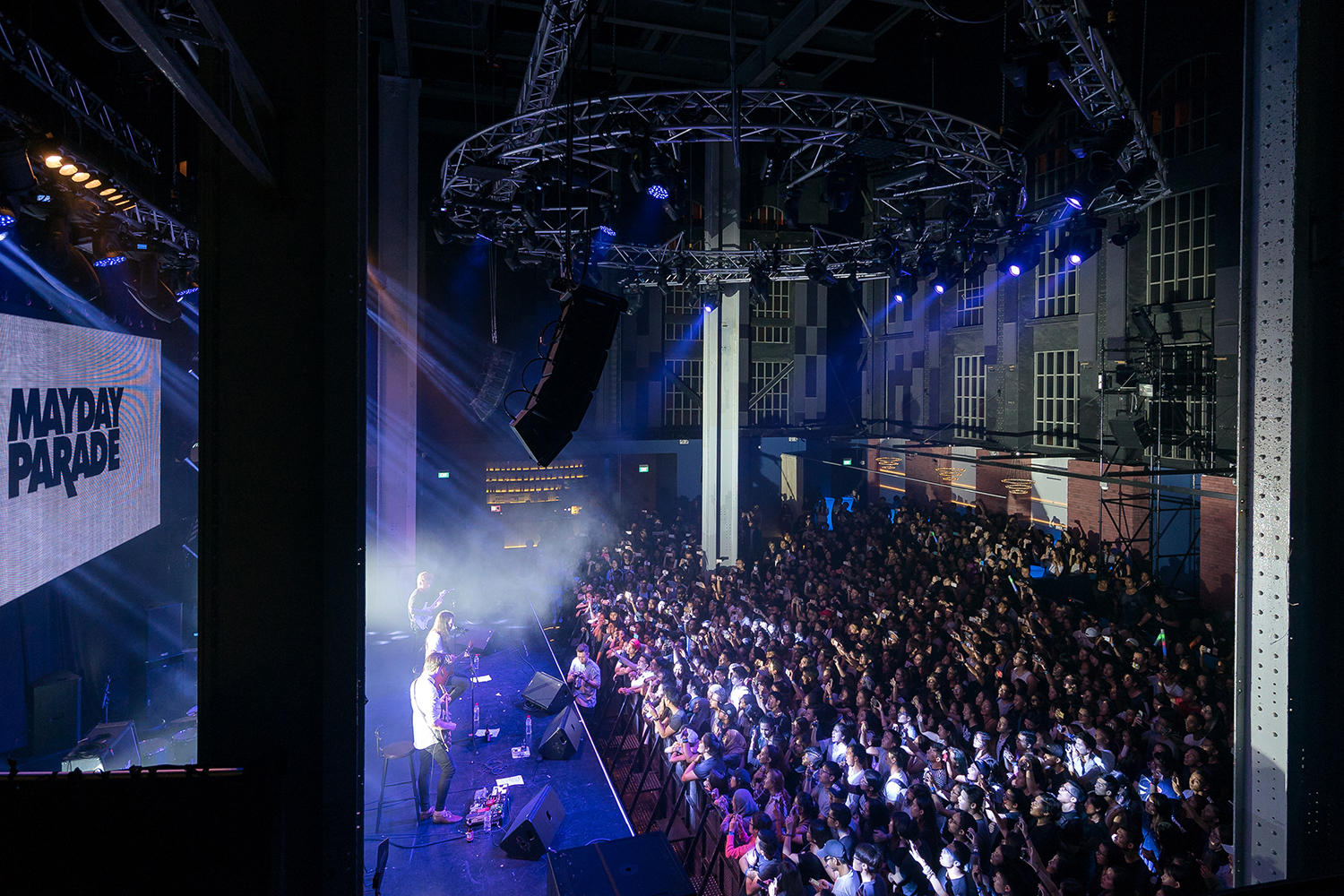 All 750 fans in attendance at Mayday Parade's eventual unplugged show on Sunday.

Postponing the show would cause a serious disruption to the band's itinerary, as their flight was booked for an early morning slot. While a 2am show would allow the remaining members to arrive in Singapore on time, it would also obviously be difficult for the band's young fans. The last option made the most sense to Upsurge.

Fortunately, for the duo, the seasoned musicians were more than accommodating to the situation, offering to do a meet-and-greet after the show for fans, despite having had no rest after their delayed flight. "(The band) rocked in at 8pm, did a quick line check and we opened doors straight after. I guess they must be used to the chaos of touring by now," says the duo. "They were just bummed that they didn’t have time to eat local food and explore Singapore."

A few hours after announcing the delayed starting time, Upsurge broke the latest news to fans, most of whom were understanding, but some were disgruntled at the fact that the organizers retained Singaporean band Falling Feathers as openers after pushing the show to 9pm.

One concertgoer, Jared Christopher Yap, lamented, "Why on earth are they performing on the same day as touchdown. After all this. Please don't make us sit through falling feathers." Another fan, Al Haram, was more demanding: "Falling Feathers my ass. Upsurge Productions just cancel the opening act and head on with the main act. You gotta do some damage control here."

All it took was a delay to make certain fans demand more out of the organizers — having been specifically chosen to perform by Upsurge, cancelling Falling Feathers' set just to appease Mayday Parade fans was out of the question for the duo.

"Perhaps it's the perception that local music doesn't deserve the spotlight, or a lack of concert etiquette," they explains. "They have every right to be disappointed and angry at the given situation, but lashing out at Falling Feathers was totally unnecessary. Why play music from an iPod when we could show some love for an up-and-coming local act?"

The new unplugged show didn't sit well with everyone either, with one fan accusing the organizers through private message, claiming they're cheating fans of their money. "We worked hard to make the show happen, and we know people paid for and expected a full band concert, but it's not like we intentionally wanted to change to an acoustic set at the very last minute," says Upsurge.

Unsurprisingly, the complaints were rendered futile by the time the show began, as fans were instantly enamored with the acoustic set, and the band themselves took something away from the show — which was merely one of many on their ever-expanding world tour. "Brooks, the guitarist, mentioned that it's one of the rare times fans can get to see them play unplugged, and he really enjoyed the intimacy of it all," Upsurge proudly claims.

But what did Upsurge themselves take away from this hectic Sunday? "Make the best out of what you have," they say. "Also, I think we'll try to avoid same-day flights for future concerts now." 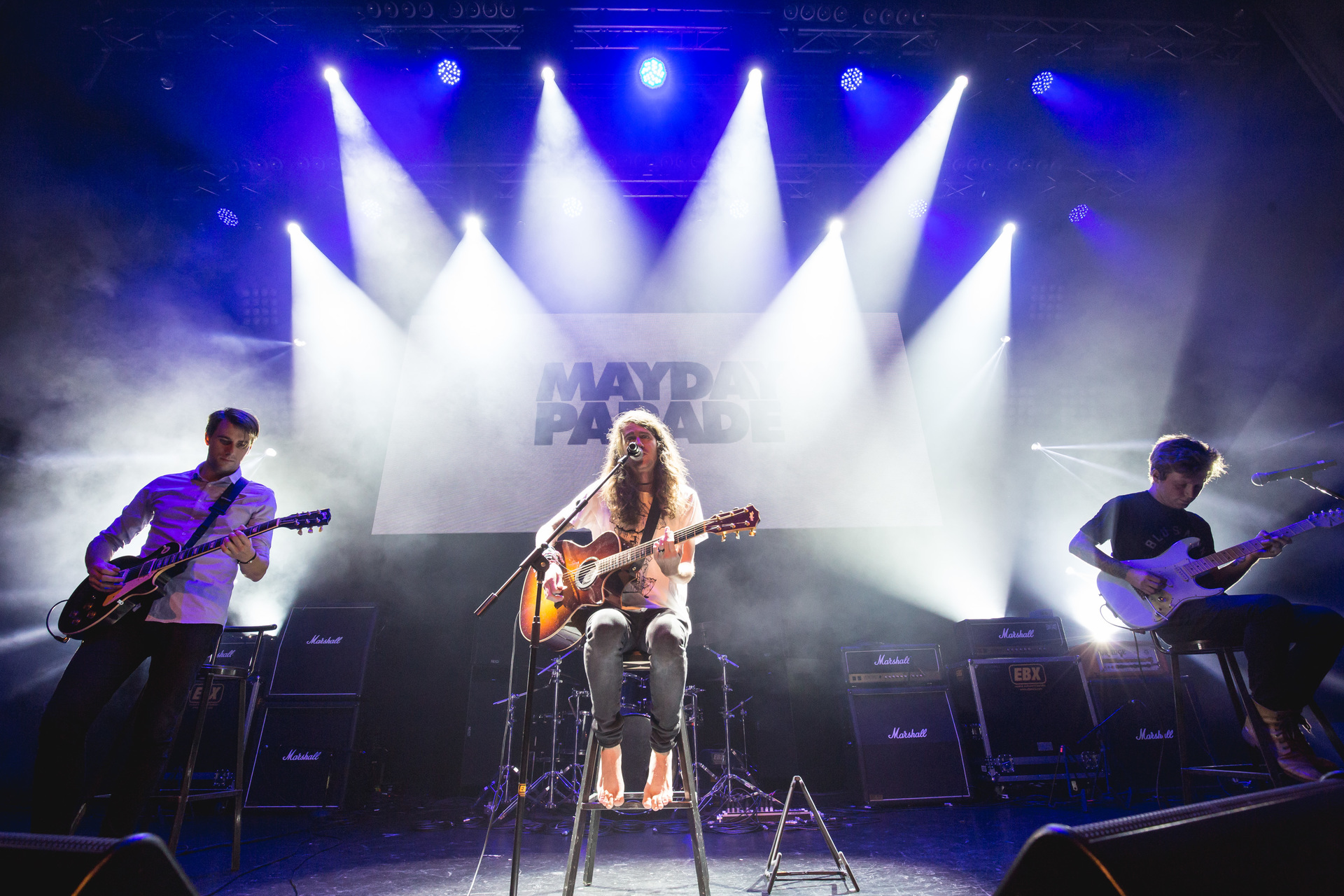 "Thanks to the fans who gave us encouraging messages (especially puns from Mayday Parade's lyrics), kind words and patience. We also couldn't have done the quick turnaround without the support from our amazing crew, the venue Millian and tech partner Ebenex too.

Most of all, I have to say that Mayday Parade and their team are total champs. We personally think that the unplugged session idea turned out to be pretty rad!"