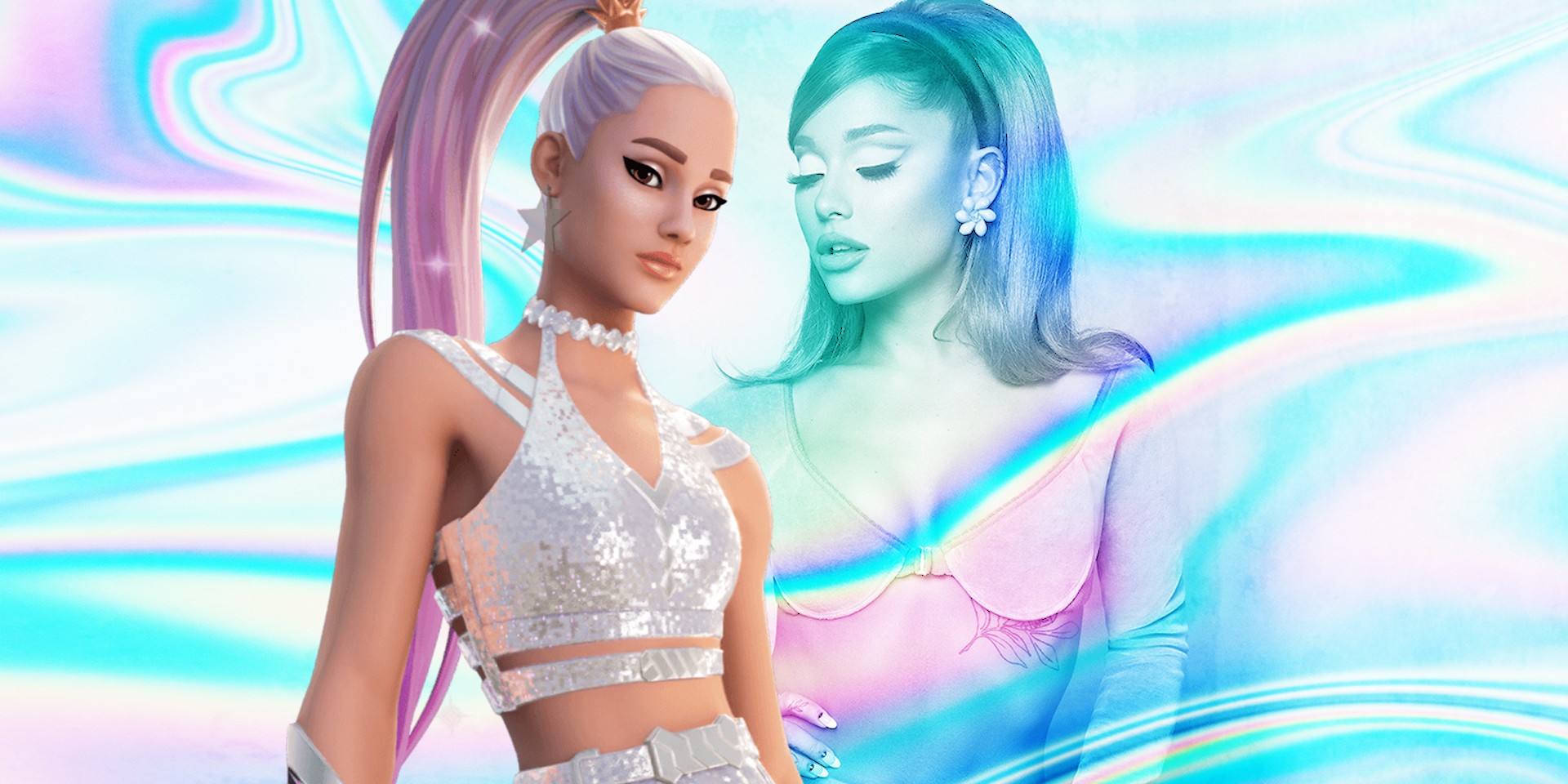 Ariana Grande has taken over the world of Fortnite.

UPDATE (08/13): Following the stellar Rift Tour experience on Fortnite last weekend, Ariana Grande's music streams hit a spike in plays for the songs from her set.

Doubling as an interactive experience for players of the free-to-play Battle Royale game, the Rift Tour took fans on a journey across Grande's hits, set in magical and whimsical worlds. Despite the overwhelming success of the online event, Fornite's developer Epic Games have yet to share the number of players who joined in for the experience.

Included in her digital performance were 'raindrops (an angel cried)', '7 rings', 'Be Alright', 'R.E.M.', her Mac Miller collaboration 'The Way', and 'positions'.

The Rift Tour featuring Ariana Grande is now available for streaming via the pop singer's official YouTube page. Relive it below:

It's going to be an epic weekend over in Fortnite as the 'Positions' pop singer brings the free-to-play Battle Royale game under her rule for The Rift Tour this August 6-8 (August 7-9 in Southeast Asia).

Smile is beamin’, outfit is gleamin’

The @ArianaGrande Outfit and Bundle are in the Shop! pic.twitter.com/gqDBuSlQuK

Before Ariana hits the virtual stage, seasoned players and first-timers will get treated to the complete Ariana Grande takeover with Fortnite-themed experiences and downloadables, including:

With timezones and bedtime hours in mind, The Rift Tour will span over five showtimes this weekend. Here are The Rift Tour hours:

Check out Ariana Grande's stunning live performance of 'My Hair' below.