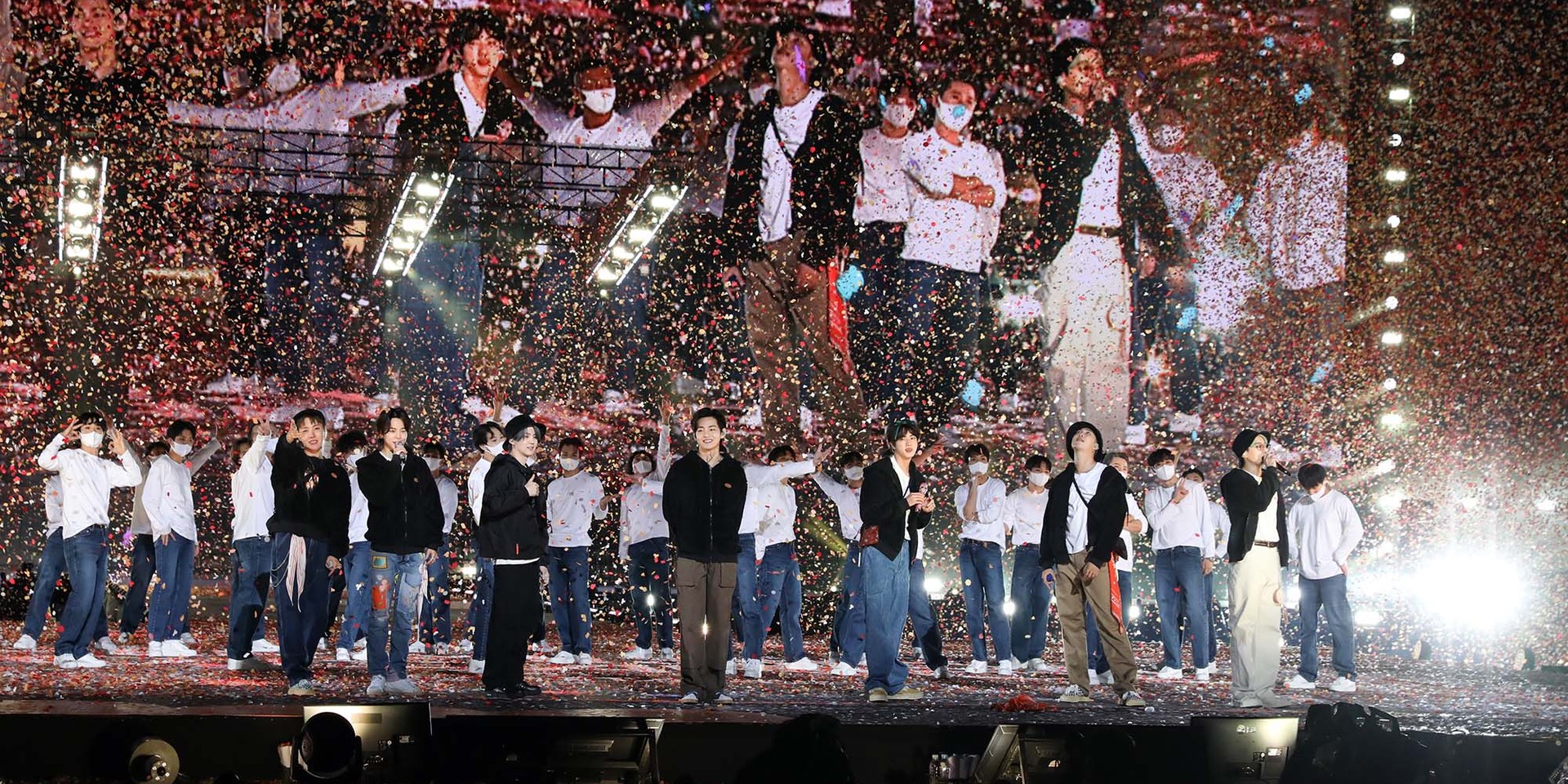 BTS are heading back to the US!

On 23 February, MGM Resorts revealed that the 'Butter' hitmakers are performing at the Allegiant Stadium in Las Vegas. The four-day residency will take place from 8 to 9 April and 15 to 16 April, with the last show to be livestreamed via VenewLive.

The upcoming Las Vegas concerts are the latest stops on BTS' World Tour and will follow the American Music Awards' Artist of the Year winners' sold-out four-night residency at the SoFi Stadium last December.

For all four concerts, soundcheck doors will open at 3 PM PDT, while the concert door open at 4:30 PM PDT. The concert will begin at 7:30 PM PDT.

There will be an array of activities and booths at the concert stadium and around Las Vegas, including an official merch and lightstick pairing booth, as well as various themed events around the Vegas strip like a pop-up store, afterparties at JEWEL Nightclub, and Fountains of Bellagio. There will also be 11 hotels around Vegas that will feature BTS-themed rooms, in celebration of the pop group's highly-anticipated concert.

ON-SITE EVENTS PROGRAM GUIDE 📢
Each event will be held at different times and locations, so please check the notice in the link below.
👉 https://t.co/ILGF2mYxHH#BTS_THE_CITY_LasVegas #PTD_THE_CITY_LV pic.twitter.com/3hct8PuYOU

The shows will also be simultaneously broadcast via Live Play at the MGM Grand Arena. Tickets will be available via AXS. Fans who are able to receive the ARMY MEMBERSHIP PRESALE reservation code will be given a discount for LIVE PLAY tickets.

Livestream tickets will go on sale on 1 April at 12 PM KST via Weverse Shop. There are three ticket tiers available, check them out below.

Those who avail livestream tickets will also be eligible to watch the concert delayed streaming at 11 AM KST on 23 April.

Fans can take part in the ARMY EVENT happening at the Seoul and Las Vegas concerts where fans can share their messages for BTS. Fans can send in their messages from 12 PM KST, 23 February until 11: 59 PM KST, 24 February. Join via Weverse here.

In a statement, BigHit Music added that "We place the artists’ and fans’ health as our top priority in order to keep the 64th Grammy Awards participation and “BTS PERMISSION TO DANCE ON STAGE - LAS VEGAS” concert as safe as possible." The GRAMMY Awards, where BTS are nominated for Best Pop Duo/ Group Performance for their hit single 'Butter,' are set to take place on 4 April 2022.

Ahead of their GRAMMY appearance and Las Vegas concerts, BTS are performing at the Jamsil Olympic Stadium in Seoul this March. The four-night residency in Seoul will be available to watch in-person, through live play in cinemas (12/3), and online via VenewLive (10/3, 13/3).