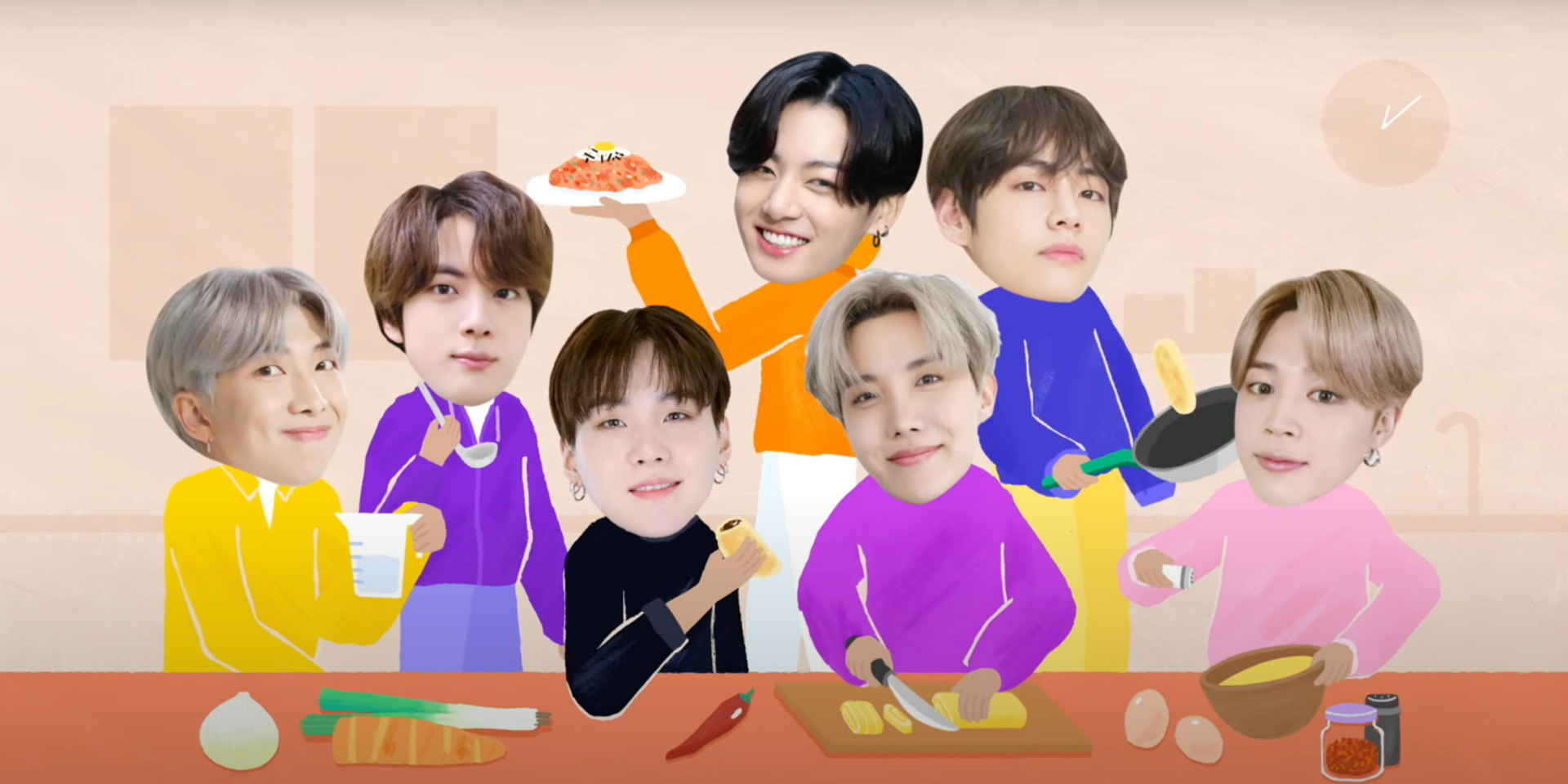 CAKE (formerly known as HYBE EDU) is coming out with a BTS RECIPE BOOK.

After two seasons of The BTS RECIPE in Korean, an educational programme where BTS teaches fans how to make Korean dishes in Korean, CAKE is releasing a recipe book.

A sample of the BTS RECIPE BOOK is out! Just stay tuned!

Titled BTS RECIPE BOOK: Book of Tasty Stories, the book will be released on 28 July 2022.

오래 기다리셨죠? 곧 출시됩니다!
We promise the wait will have been worth it! Coming to you very soon!🧑‍🍳📗📙

Before being acquired by CAKE, HYBE EDU has been releasing an array of educational material in partnership with BTS, from a Korean-language book to insight into their song lyrics, in an effort to teach fans Korean and help them better understand Korean culture.

Watch an episode of The BTS RECIPE in Korean here.