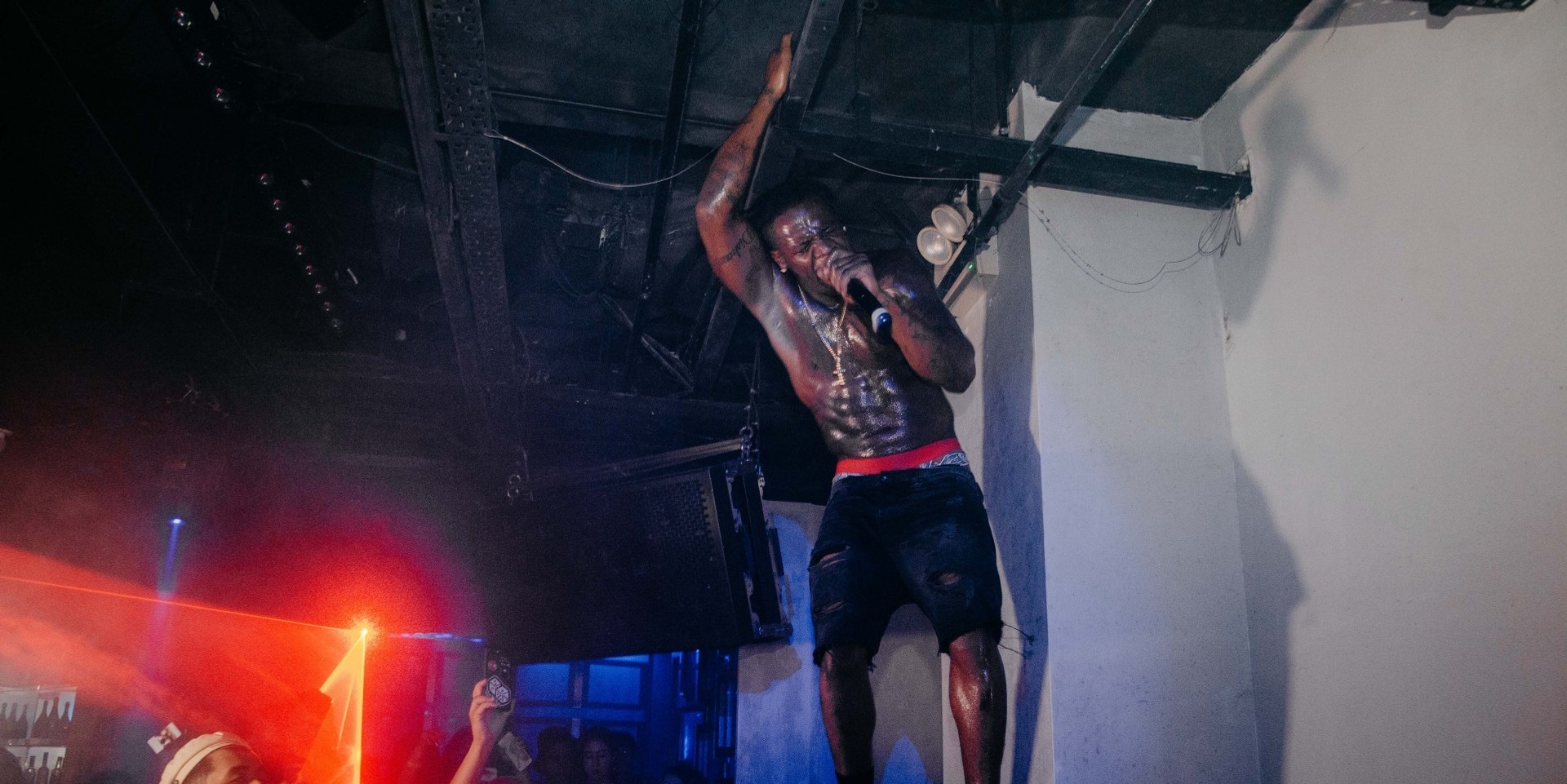 Creation and destruction – hip-hop is both the weapon and canvas of the youth. It’s the new black, the new rock, the new punk – what’s a mere label to a movement? The A$AP Mob has been one of the most exciting currents powering next-gen hip-hop for a hot minute, now. And from its celebrated, much-hyped ranks, A$AP TyY is poised to shake up the culture with his turbocharged ethos. With two mixtapes Best Kept Secret and Troubles of the World, an extended clip of fiery singles, including 2017’s 'TRUMP' and two forthcoming mixtapes, including Project Rockstar, whose title he reveals exclusively to Bandwagon, TyY is the next member of the Mob on the cusp of some monumental moves.

Recently, TyY locked arms with a similarly next-level local new school hip-hop movement, .Wav(y) Szn, for an unrelentingly banging night at its most recent club staging and with Brunei streetwear brand Yuth for a pop-up the day after. In between all this activity, he sat down with us for a high-stakes chat about the A$AP universe in which he lives and makes music.

Being from the birthplace of hip-hop, how did you find .Wav(y) last night?

The vibe was epic; the vibe was amazing, man. It was crazy to just be a part of the love I was getting out of Singapore. It’s a million miles away from my home and I never would’ve thought that I could feel like I’m at home. The love was genuine – the crowd was turning up to songs that it didn’t even know the lyrics to. The energy was there. It was a great turnout and I’d love to come back.

And besides the show, what else about Singapore surprised you?

It’s so cool that you have so many different ethnicities here. I met so many people and it’s only been a couple days. I’m seeing the transition, you know? I’m seeing how people live in other parts of the world. The mix of cultures translates into so many different things, like, great food, for example. It’s in the air – there’s something about the environment. You can see it in the people. The hospitality was great but what’s more important to me is that the people are genuine.

One of the standout songs from your catalog is ‘TRUMP’. Has it grown in significance for you over the years?

Oh man, it’s grown. When I actually decided to put it out, it was a reflection of how I was feeling. But I realised that a lot of people felt that way, too. It was crazy to see how a lot of people across the world could really relate to that. It also shows how Trump’s trying to divide and conquer the world and people don’t fuck with that. I just want to say this: Fuck Donald Trump!

Word. Let’s talk about Harlem. How was it shaped your approach to your craft?

Harlem is about authenticity. It brings it out of everyone. It feels like the Mecca of where everything started from. I can go anywhere in the world and see traces of Harlem there. I can see that a lot of things came from there. And it’s not just Harlem. New York City, as a whole, has given birth to so many legends. It’s a blessing to be a part of that tradition. It’s an honour to be coming up and representing them. Shouts out Harlem; shouts out NYC. You already know. 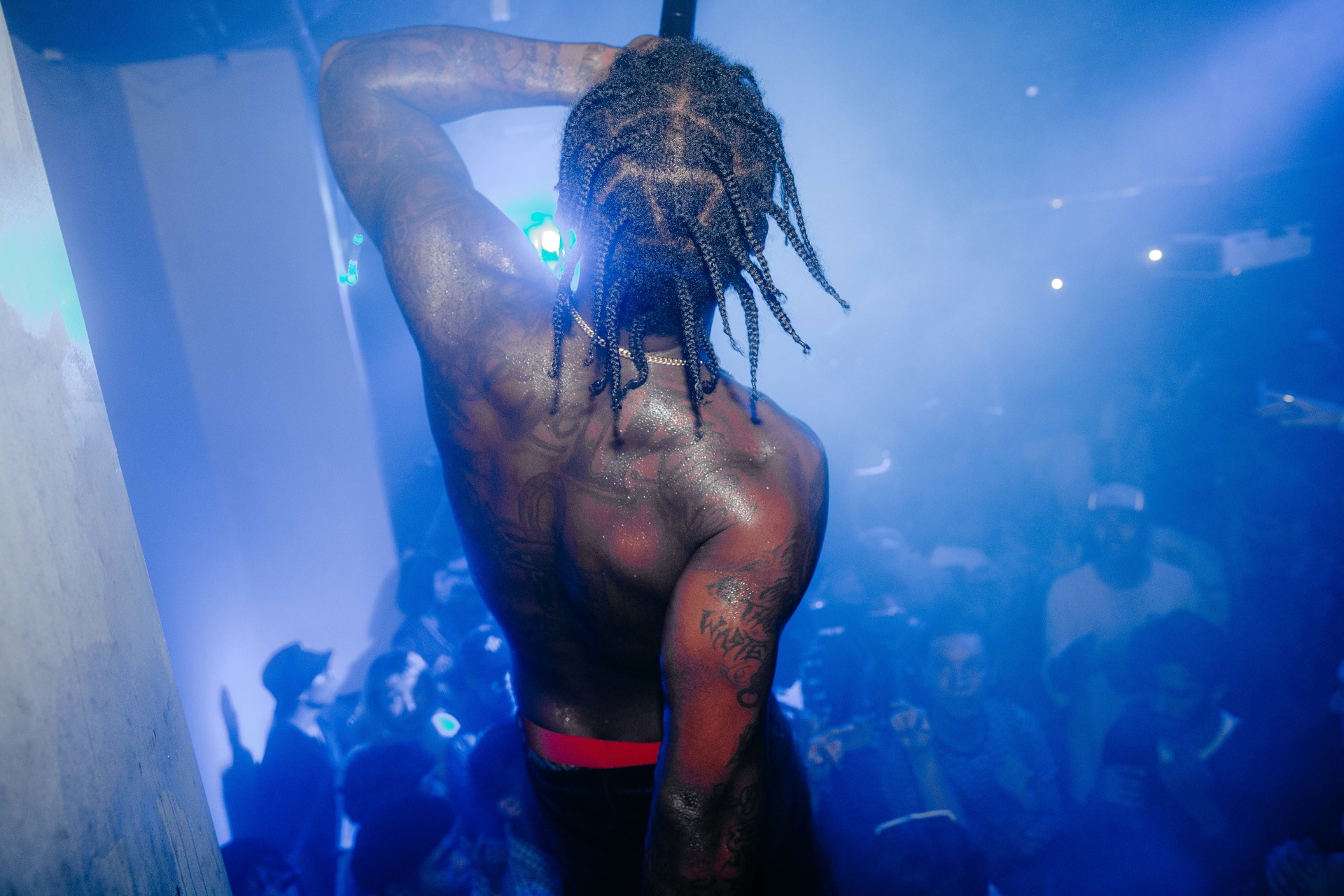 What’s changed for you since Best Kept Secret?

Me getting into my groove. Right now, I’m in my element and I’m feeling myself. I can break boundaries. The sky’s the limit for me. I’m all about levelling up. With the new music I’m putting out, you’re going to see the growth. That’s what it’s about: Growth. Always strive and prosper. RIP A$AP Yams and shouts out the Mob.

How would you describe the chemistry of the mob?

It’s a brotherhood but you’ll never know what to expect. We’re so all over the place. There’re so many different personalities in there. We push each other in every direction but at the end of the day, those guys are my brothers and everything is everything, to us. We just lit like that. That’s what makes us a unit. When we bring it all together, it looks crazy, as you can see. Look at the way we changed the whole lifestyle of the world. Look at how people are dressing now. Shouts out my boys Rocky and Ferg; shouts out the whole Vlone gang; shouts out Twelvyy and shouts out Relli and Nast. We’re holding it down. 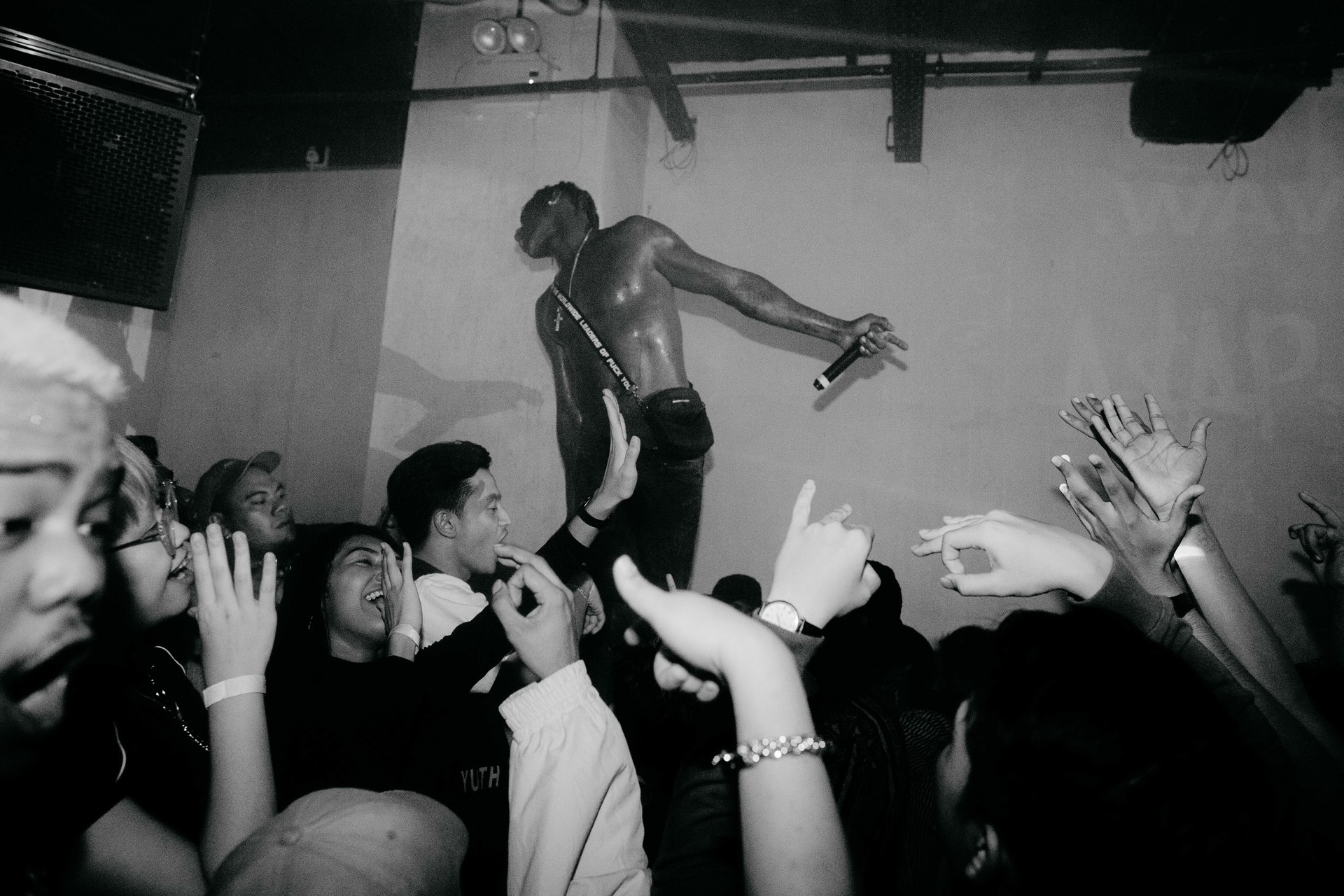 Is there any new music you’re working on?

I’ve got two new mixtapes coming out. And I’m going to give y’all an exclusive on the title of one of them: It’s called Project Rockstar. Look out for that. Make sure you check it out when it drops. It’s lit. Gang gang shit.

As a New York rapper, how do you feel about 6ix9ine?

Lastly, it’s known that you’re a huge part of Bike Life. How do you manage to do what you do in such a tightly controlled environment?

It’s hard but I’m so used to not giving a fuck so I just do what I do. I’m a young rapper; this is what I do. This is how I move.