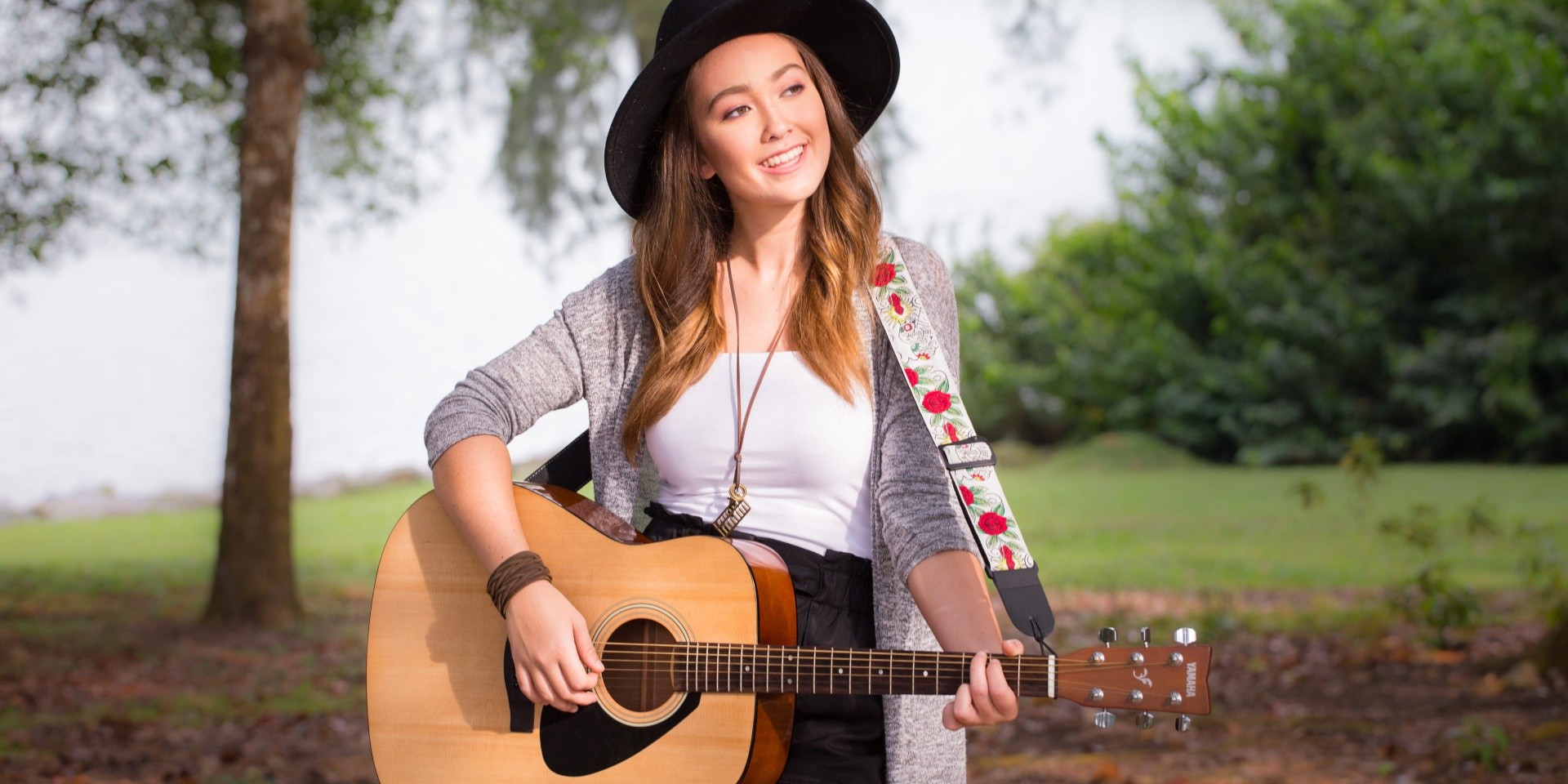 At just 17 years old, singer-songwriter, AndreaH, has opened for two immense names in contemporary pop music: The Script and Sam Smith and performed with up-and-coming boyband, RoadTrip, for its Summertime Tour this year. In October, she shared her latest single, 'YOU', a cheery and sweet ode to young love. Despite having to juggle music and school, she continues to hone her craft and hopes to release an EP next year.

Bandwagon caught up with her to talk about her new single and her hopes for the future. Read the full interview below.

Can you remember what that song was about?

I think it was about a boy. But, it’s really, really, really bad. You know, when you're 13, you have all these emotions. Those "Oh, I like him. No, I don't"-type feelings. And those were the emotions that I put into the song that I will never show anyone. 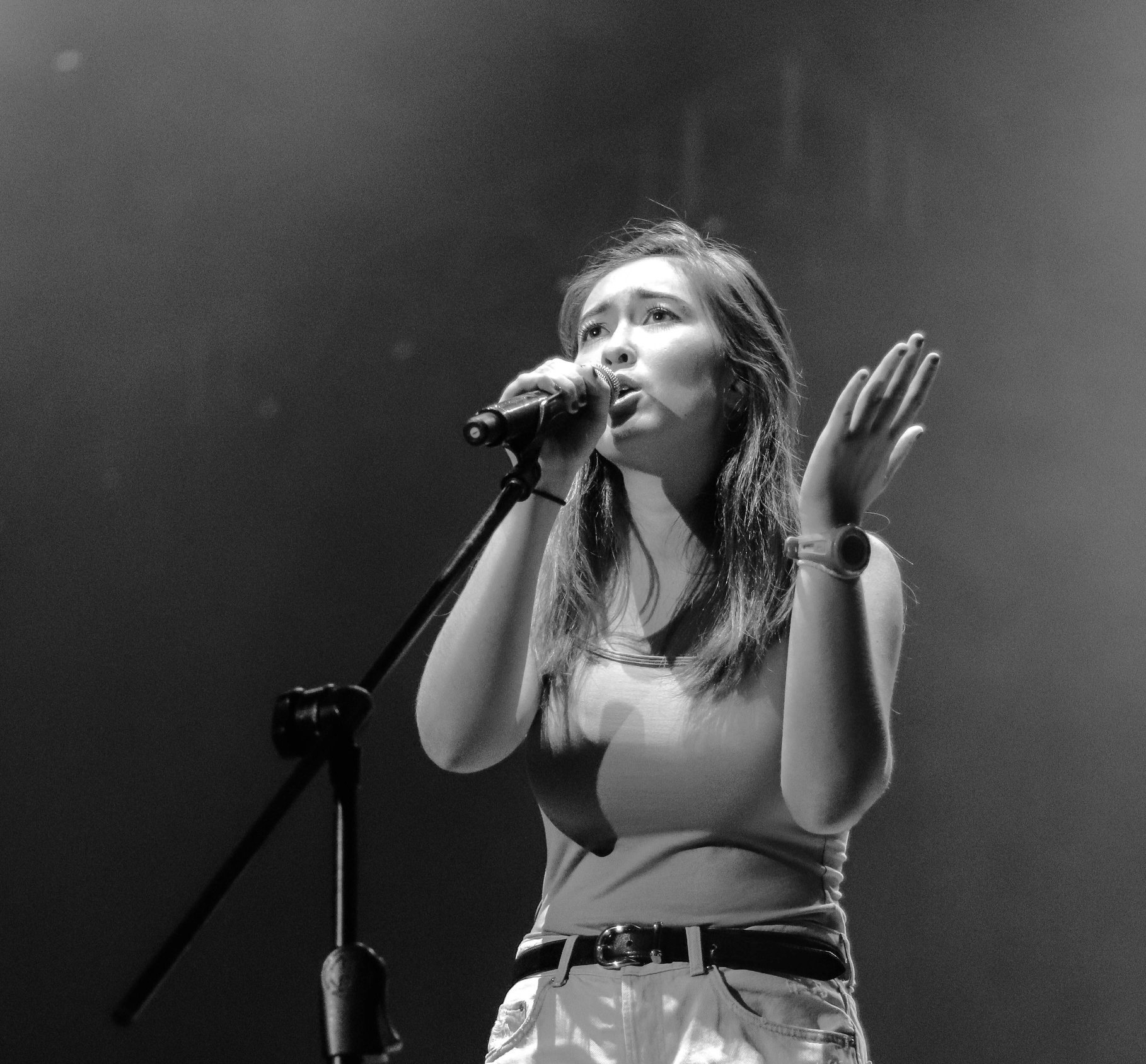 How was the experience of opening for The Script for you?

It was really nice. It was nerve-wrecking too because it was a massive crowd and I was scared of how the audience would react. But when I got onstage, it felt amazing. The reaction and feedback that I got from the crowd was insane. I hope that they liked my music.

Did you get any advice from the band?

I did. They told me to continue writing and to have fun with whatever I did. We're both Irish so we got along pretty well.

How did you feel opening for Sam Smith?

Opening for him was amazing. He's such a kind guy. I'd like to say that singer-songwriters have a certain musical vibe that they give off so I think that the audience understood me and my music and it really liked it. It was an insane experience.

When I started to go onstage, everyone was screaming but I could hear the little whispers of the crowd too. And I thought to myself that this would probably be the most nerve-wrecking experience. When I’m actually on stage, I think about the first line of a song. And the first song that I sung that night was 'Magic' and thinking about the first line calmed me down and everything started going okay from there. 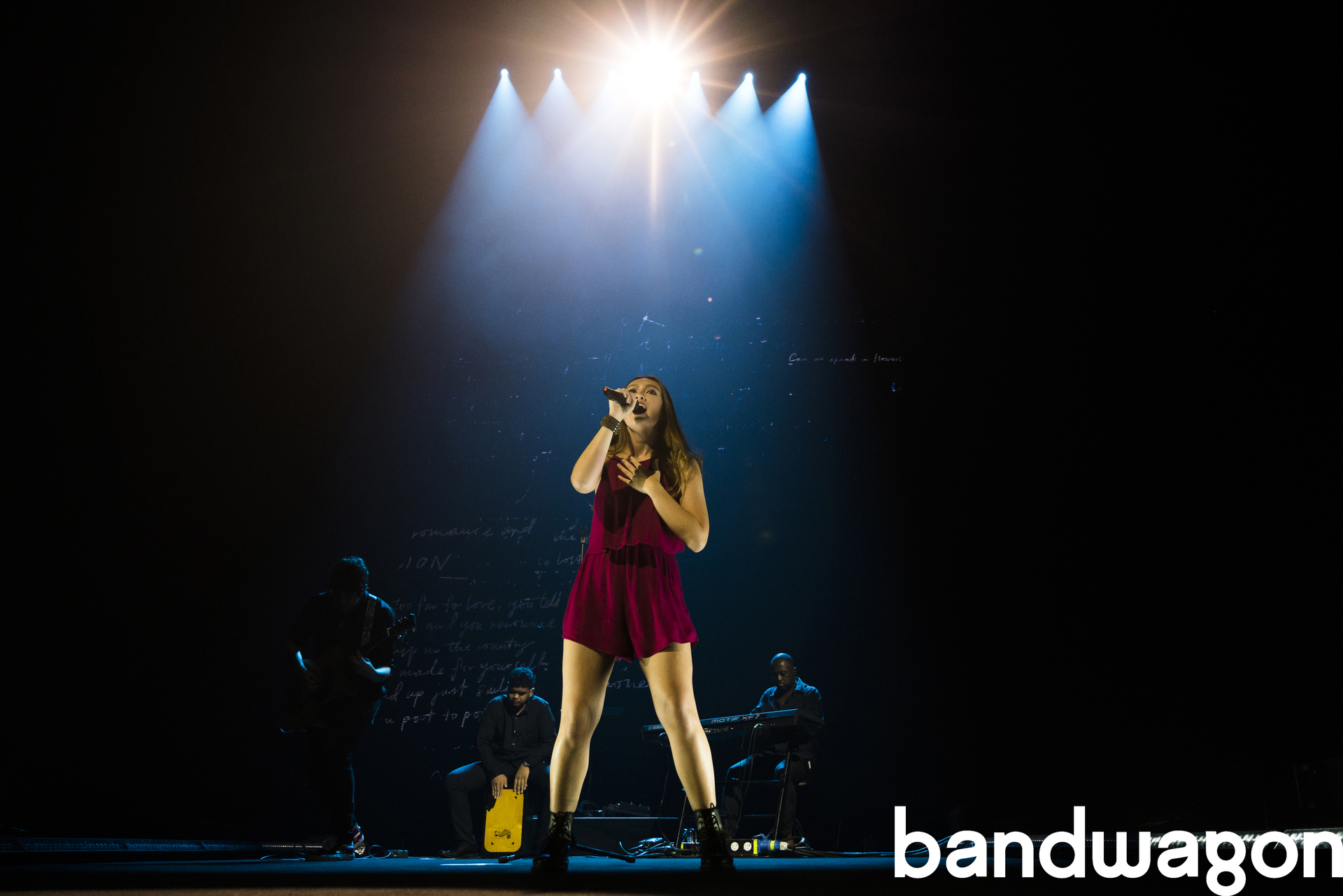 What were some things you did to prepare yourself for the show?

Well, I did a lot of rehearsals with my dad. We'd rehearse for two to three hours for a few days leading up to the show. As soon as I got into my dressing room, I made sure that I did a whole vocal warmup. And a little bit of meditation, actually. It calms down my nerves and helps me get into the right mindset.

Congrats on your new single, 'YOU'.

Thank you! It's about my best friend and her boyfriend. She was in a relationship but I've never really experienced what it's like to be in love. So I observed from afar and the whole idea of her being in love really fascinated me. When I told her I wanted to write a song about her and her boyfriend, she gave me words that described their relationship and I put them into the song. Essentially, it is a representation of what I think love is like and what it's going to be for me when I fall in love.

And how quickly did the whole arrangement come together?

The entire song from top to bottom took me about 15 minutes. When I have a verse and a chorus, it doesn't take me very long. The thing that takes a while for me to get is the chorus because I want something that is very catchy. But when I'm in the zone, I write things very quickly.

How did the music video come together?

The video director listened to the song and sent me a storyboard of his ideas. At the same time, I thought of what I wanted to portray in this video. It was sort of like me sitting in a cafe, reminiscing about all the wonderful times I had with my boyfriend and the experience of being in love. I think it's really great because it also captured Singapore's beautiful landscapes. Overall, the different contrasts of the landscapes add to the overall meaning of the song.

Are you working on any new music?

What are you hoping people will get out of your music?

I hope that they can understand where I'm coming from and relate to the music that I produce. Especially if they're teenagers because I write my music based on real life experiences. I see my music as a journal of my life. Each song that I write has a specific experience that triggered me to write it. They’re mainly about growing up, being in high school, being in love and all that. I want my music to either help listeners get through a darker time or make them feel happy and understand that they're not alone, no matter what's going on.