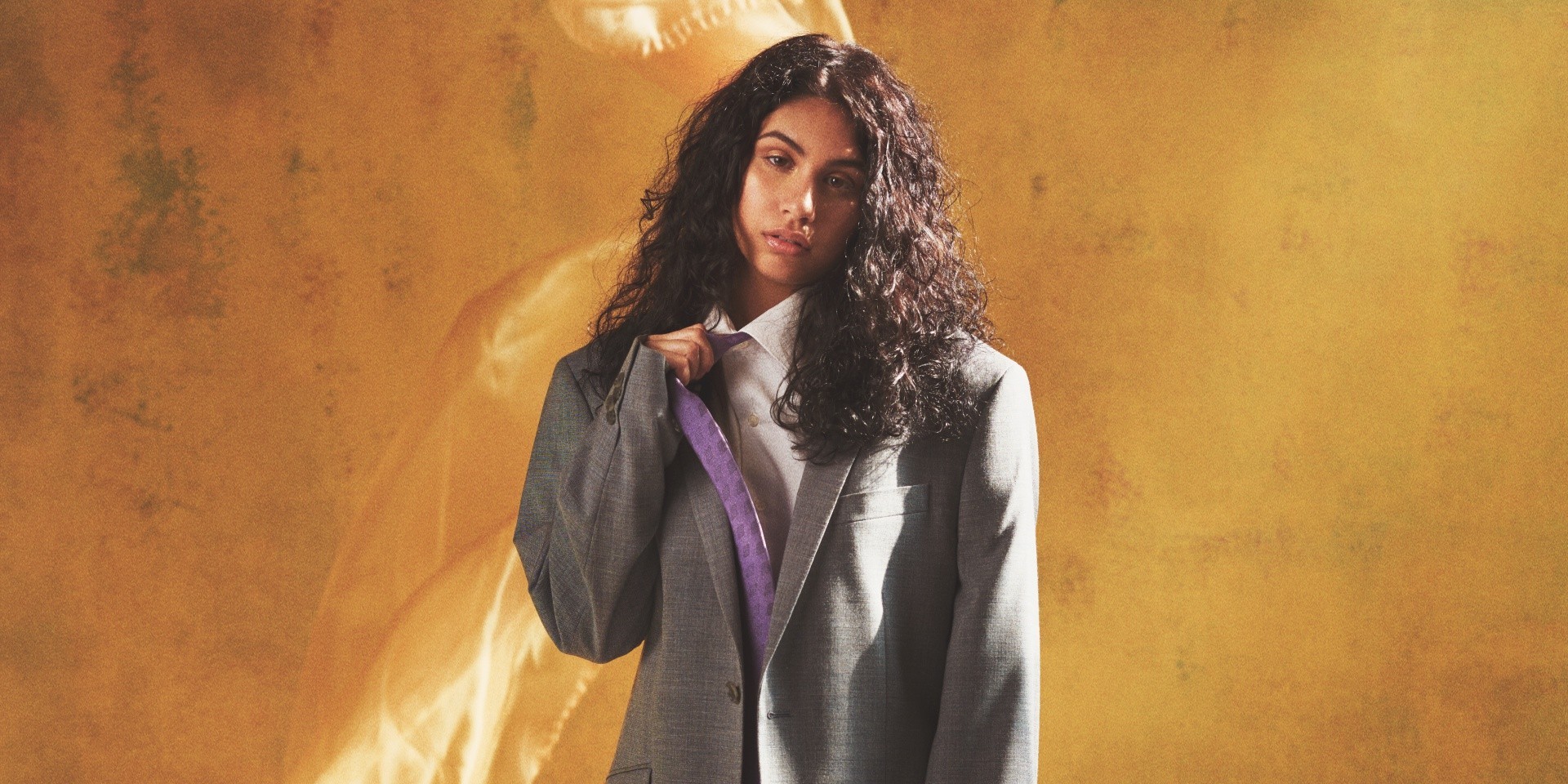 Sometimes, it’s the most obvious things that escape our memory. But even in the busy firmament of contemporary pop music, Alessia Cara has been turning heads by sticking firmly to her guns. That the 22-year-old Canadian chanteuse and songwriter has a commanding handle on the zeitgeist is without question. Her debut 2015 album Know-It-All, is a platinum-selling showcase of the torch song-intensity, canny songwriting and raw emotive power she wields. But over and above her tall pile of accolades and well-earned esteem, she’s the beloved pop icon she is for her commitment to honouring the simplest things. That we’re true to ourselves and the people around us; that we have empathy in our hearts; that we do not ever compromise who we are for the prize of fool’s gold – these are the things that she emphatically stands behind.

Bandwagon caught up with her recently during her time in Singapore for Hyperplay and she took us through her life, times and tunes.

Pretty much the album. I’ve just been writing and mixing it. Now, I’m at the stage where I’m going overseas to promote and talk about it. Coming out of Canada and seeing this part of the world is crazy! I never thought that this would happen to my music and me. Sometimes, you can get so caught up in your bubble of home that you forget there’s so much else out there that's beautiful.

Congrats on the lovely single 'Growing Pains'. You told Genius that you wrote it because you had some things you wanted to get off your chest. Is having the song out in the world doing what you wanted it to do for you emotionally?

I think it did. The second I wrote it, it did something for me. I feel that if it can help me express myself, then it can help many others out there. We’re all very similar in that there’re lots of people being kept up at night with whatever’s running through their heads; stress works that way. We often feel that we’re crazy if we’re sad for no reason but that’s how lots of people feel sometimes. My whole hope for this song is that people find a shoulder to lean on in it.

Considering the line, “Gotta be wrong before it's right / Every happy phrase engraved in my mind”, how do you feel about the role of clichéd statements in making people feel better about what they’re going through?

It’s difficult because sometimes, there’s nothing you can do but get straight to the happy cliché part and make it work. But the reality is, we overlook a really crucial stage, which is the grieving phase. As dramatic as it sounds, you have to get past the darkness to get to the light. But we don’t allow ourselves to go through that. We’re always like, “Everything’s going to be fine!”, which is cool, all that does is make you suppress yourself when you have something you need to let out.

In years since your star exploded, how have you come to deal with the growing pains keeping you up at night?

That’s been one of the hardest adjustments for me. I’m not someone who enjoys attention outside of my music so I never really understood the fascination with people on the other end of a screen. We’re all people so I find that really weird. Like, why isn’t there paparazzi outside a doctor’s hotel trying to take photos of them, for example? It’s such a strange thing.

But when you find comfort in someone’s music, it’s different. You feel like you know them and want to know them more. You get fascinated and you want to connect more. I don’t ever see it as a bad thing, especially amongst the real fans who really care about me. I just try to remind them that we’re all people and we love and support one another without having to put each other on a pedestal.

You’re also one of the rare pop stars who hasn’t cowed to the pressures of the male gaze in your image and presentation. Is that a conscious choice for you?

It’s just who I am, first and foremost. Yes, there’s a lot of that sex-sells mentality in this industry and if you’re a young woman, a lot of people will try to push that on you. That creates an obligation in female artists as well. But I want to show young girls that they can still be successful without having to be naked. You know what I’m saying? A lot of people place importance on the wrong things. I don’t want it to be about the way I look or how my body is. I want it to be about my voice, music and message. The importance should lie in those things and not my looks.

You’ve said that The Pains of Growing will be out in September. How would you say your approach to music has changed from Know-It-All to now?

Sonically, there are still elements of the old sound in there. If you liked Know-It-All, hopefully you’ll like this one. But I’m also trying new things as well. It sounds conceptually and musically, a little more mature, which is where I’m at right now. It feels like a perfect growth step.

At a time when artists favour singles over albums, your commitment to making an album is remarkable. What keeps you wanting to make albums?

I’ve always been a fan of albums, more so than anything else in music. I know that a lot of people don’t consume music in that way right now, but that’s how I like it. I feel like a story should be a full story. I like making people think and getting them to listen to a full thing.

'1-800-273-8255' is such a necessary song. How do you feel about the conversations about mental health happening in popular culture?

I think it’s great. For so long, there was a stigma against mental health. People tried to make it seem like it wasn’t as common as it is – but it’s very common and we’re only now beginning to recognise it. It affects so many people in many different ways. The spectrum’s so wide – that’s why it’s so talking about it is so important. Talking to people is so important. It doesn’t take anything away but it helps. It’s good that we can finally be honest about the realities of the world.

And how do you feel about fellow Canadians such as Drake, The Weeknd and Justin Bieber more or less running contemporary pop music?

It’s so cool! For a while, it felt that I’d have to make it out of Canada to be successful because nobody really looked to Canada, especially Toronto, for music. We used to be the underdogs, but things are different now. All the artists you mentioned have opened doors for everybody else.

Lastly, how are you hoping you'll grow over the years?

When I think of goals, I keep coming back to how much I want to be a source of comfort to people. I know that, in the past, I was seen as a person who speaks about things in a positive light but, obviously, I have my negative moments as well. All I can hope for is that when I speak about my negative moments, people will still find in me a shoulder a to lean on.

It’s not about getting bigger but reaching more people. I want to do my part as a human being. I know that sounds like a pageant queen answer but that’s true for me. What’s the point of making music if you’re not affecting someone? I write for me but I put it out for everyone else.