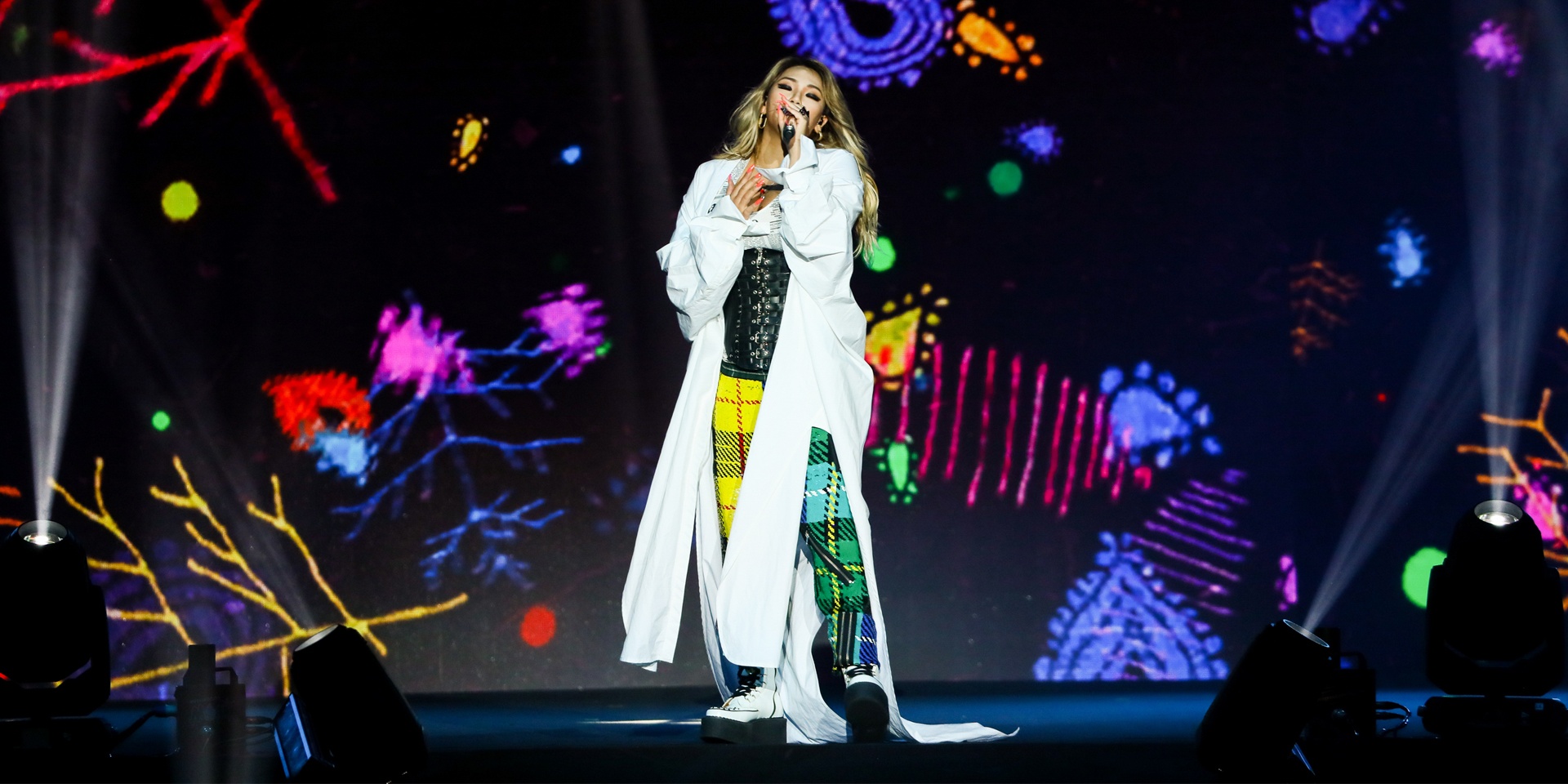 This past weekend in Singapore belonged to YOUTHx and the three concurrent events under its umbrella: SHINE Festival, GetActive! SG and last but not least, Hyperplay. The latter is what we're here to talk about – a first-of-its-kind festival here where eSports (specifically, League of Legends) met music in the MTV Spotlight segments.

At Bandwagon, you know we're all about music. esports isn't exactly our thing, and trying to follow the LoL action took quite some effort on our part. But the scale of the whole thing was enough to floor even the most uninitiated. It was thrilling to watch various teams from ASEAN face off in the massive space of the Singapore Indoor Stadium, all eyes rapt on the huge screen that captured, in the end, Malaysia's triumph over Vietnam to clinch the grand prize.

A not insignificant part of the crowd, though, was there for the musical icons who'd been booked to jazz up the proceedings – from acts across ASEAN to top-tier pop royalty. Here's how the entertainment went down. 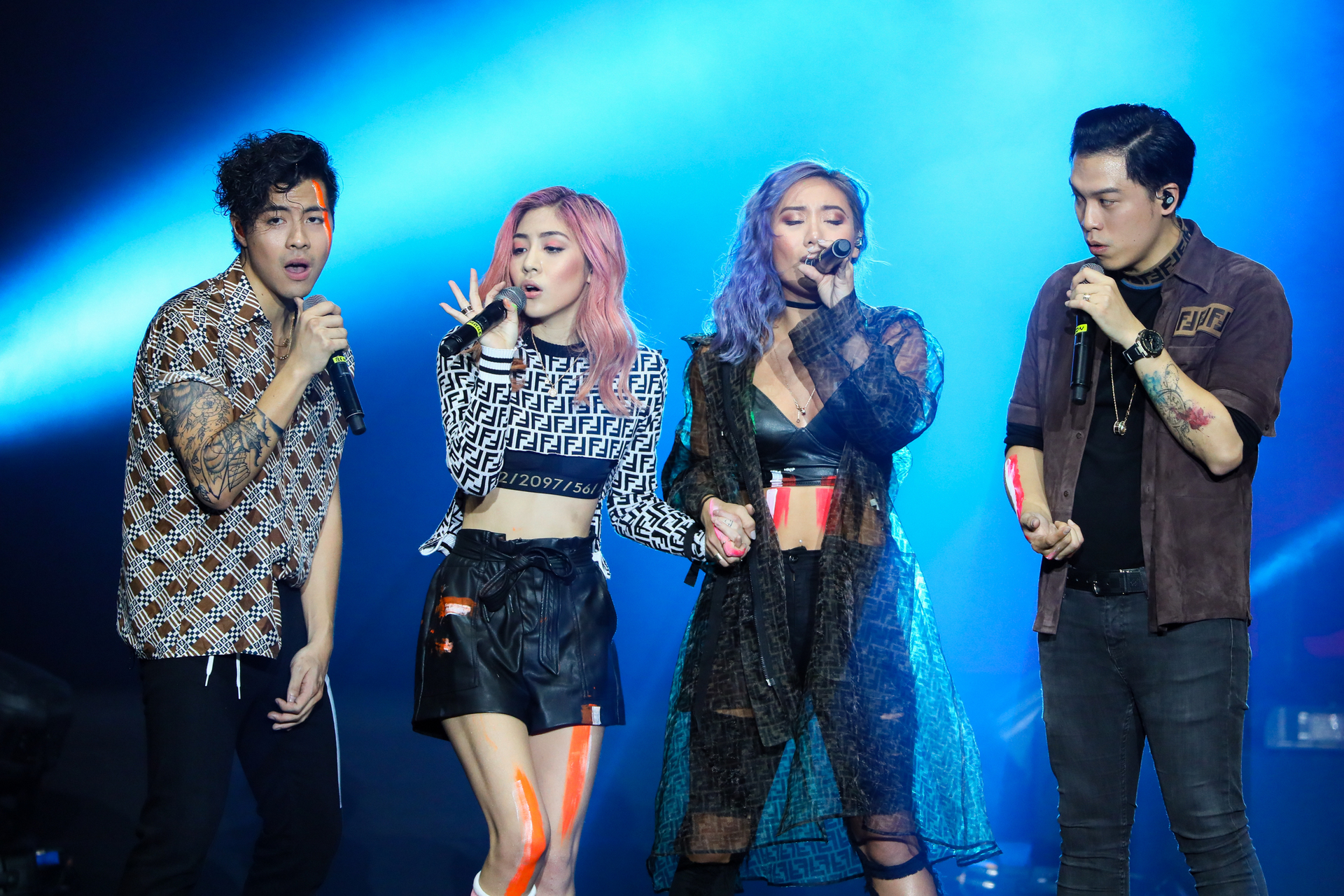 As the foremost pop group of Hyperplay's host country, it made sense for The Sam Willows to kick off the event – and they brought their A-game. The charismatic Willows, their bodies daubed with luminous paint that recalled the 'Take Heart' music video, executed smooth choreography with talented backup dancers, making ample use of the stage space and production that was afforded them. The set naturally focused on cuts off their new album, I Know, But Where, which really popped with more expansive and explosive arrangements. Props to the Willows for really taking advantage of the opportunity that was a performance slot at the Indoor Stadium – it's difficult to think of any other Singaporean pop group pulling off what they did on Saturday evening. 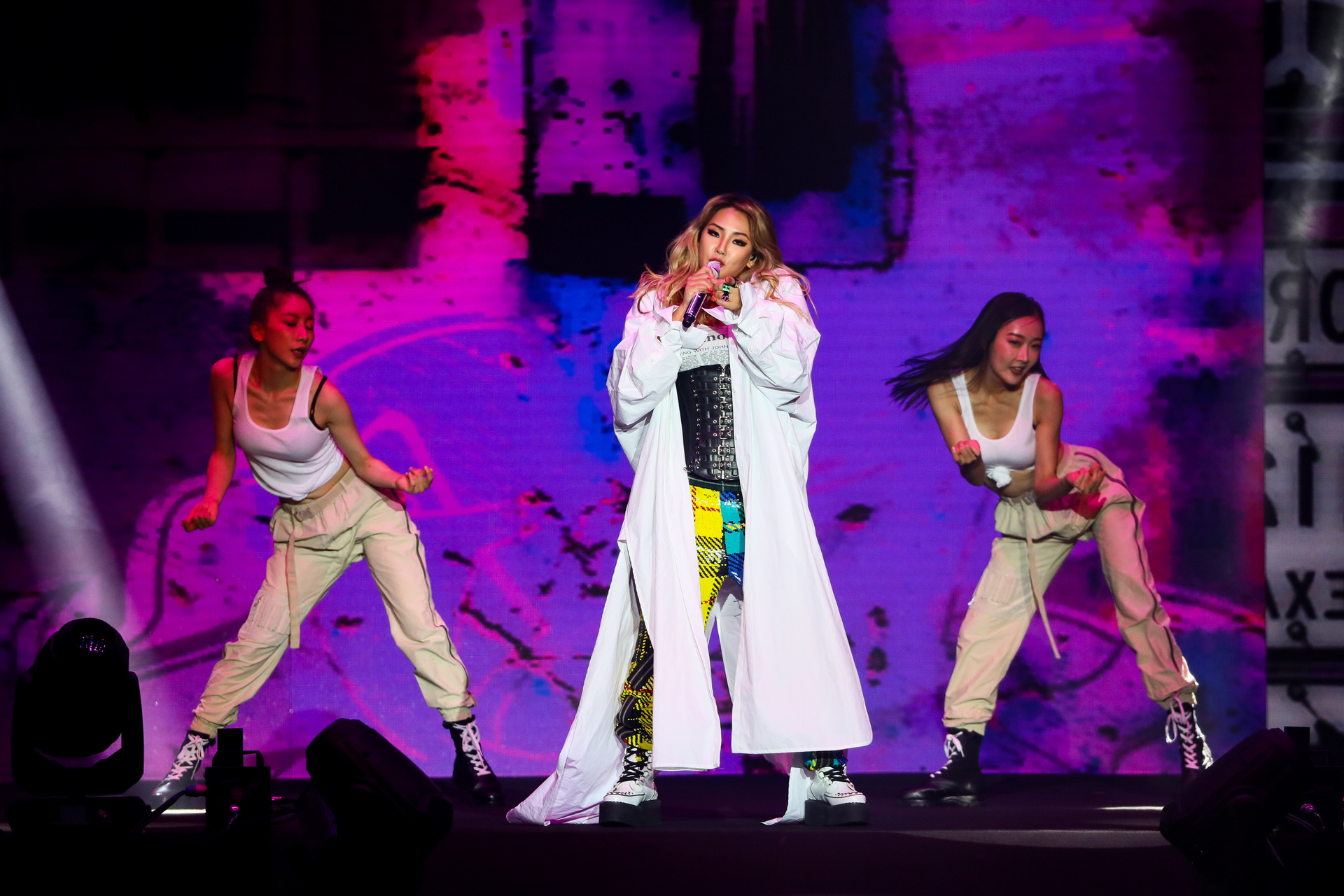 Ominous headlines in the Korean press that fixated on CL's body and health proliferated as she landed in Singapore, which likely had a part to play in the cancellation of her fringe engagements at Hyperplay. Regardless, the 2NE1 alum's closing performance on day 1 of Hyperplay was one that everyone – her Blackjacks and GZBzs definitely included – was looking forward to, and she delivered an electrifying set that mixed her solo tracks (surprisingly, even 'No Better Feelin'' off the My Little Pony: The Movie soundtrack) with 2NE1 hits. She even got on the floor during her solo 2NE1 song '멘붕', incorporating choreography from the video of 'Doctor Pepper' and then kneeling on the ground as she dramatically belted the closing lines "How beautiful is this life / How painful is this life". How beautiful, indeed. 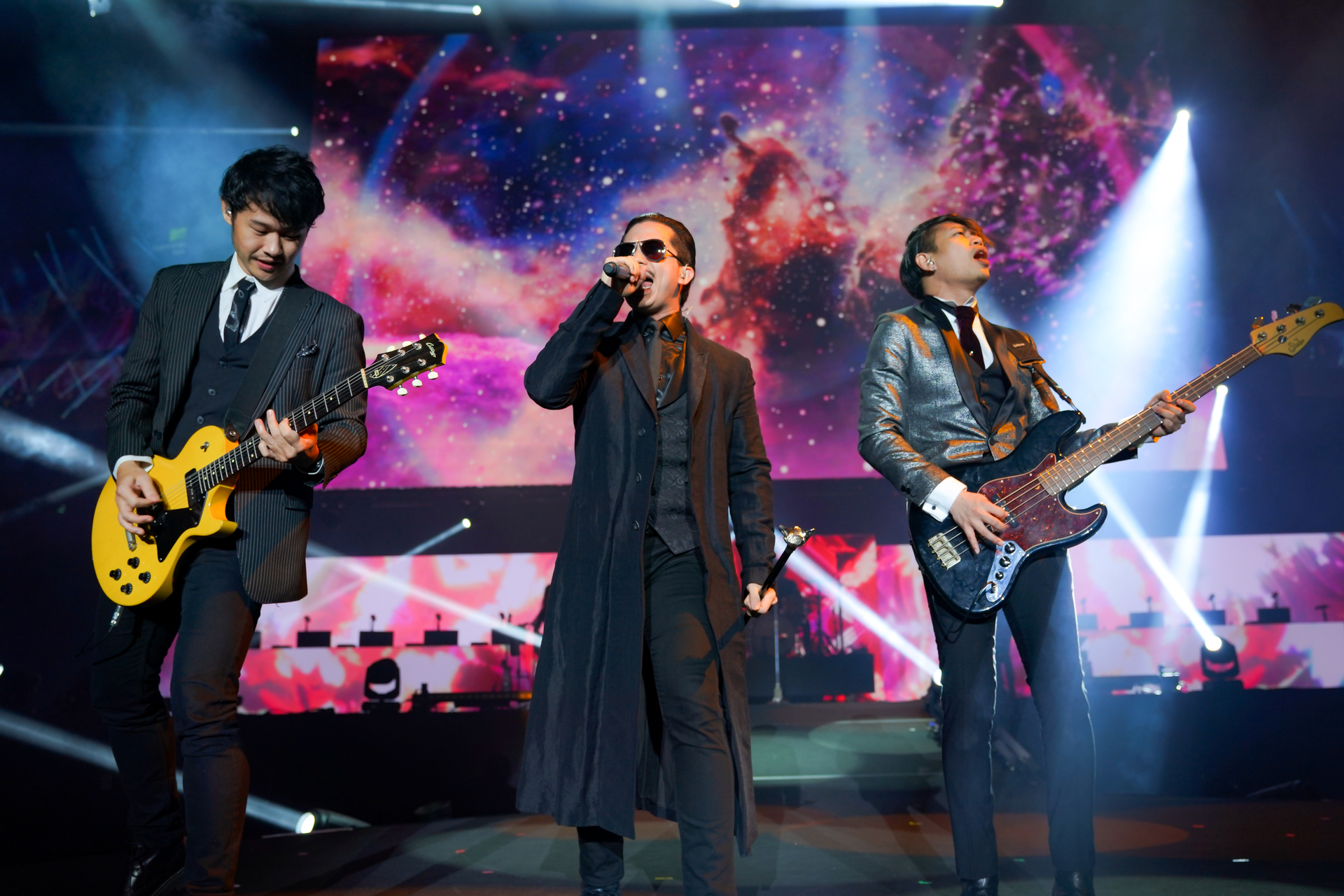 The Hyperplay crowd was unfailingly enthusiastic throughout the whole weekend, and welcomed Slot Machine to the stage with cheers and applause even if they were largely unfamiliar with the Thai rock band. By the end of their set though, Foet, Gak and Vit had won them over. With their energetic riffs, swaggering rock star charisma and frontman Foet's insane vocal range, Slot Machine exuded an energy that felt like a synthesis of AC/DC, U2 and The Killers. They were also far and away the most earnest act to take the stage, hopping offstage after they were done to personally thank fans and posing for a group photo with the crowd. 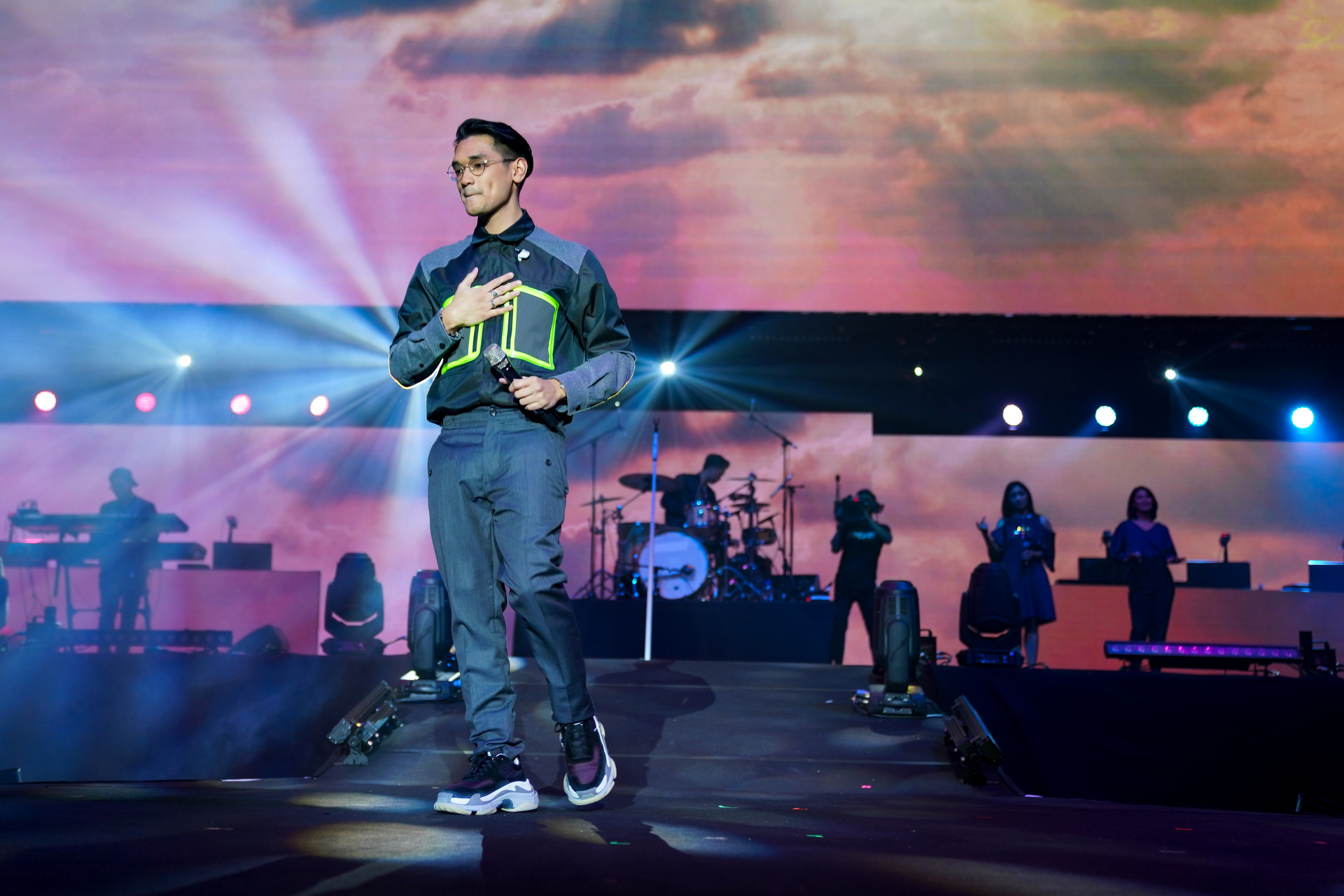 Screams filled the air whenever Afgan's name was mentioned on Hyperplay Sunday, and when the man himself stepped out onstage in a smooth fit that looked like a blend of business casual and athleisure, his fans went bananas. The Indonesian heartthrob whose full name is Afgansyah Reza focused on returning his fans' affection through performance, straining to hit notes and screwing up his bespectacled face in concentration. It was all appreciated by the crowd, who readily turned their smartphones into a sea of waving lights whenever the mood called for it. After Slot Machine's high energy rock extravaganza, Afgan's R&B-tinged pop ballads let the audience down sweetly and softly. 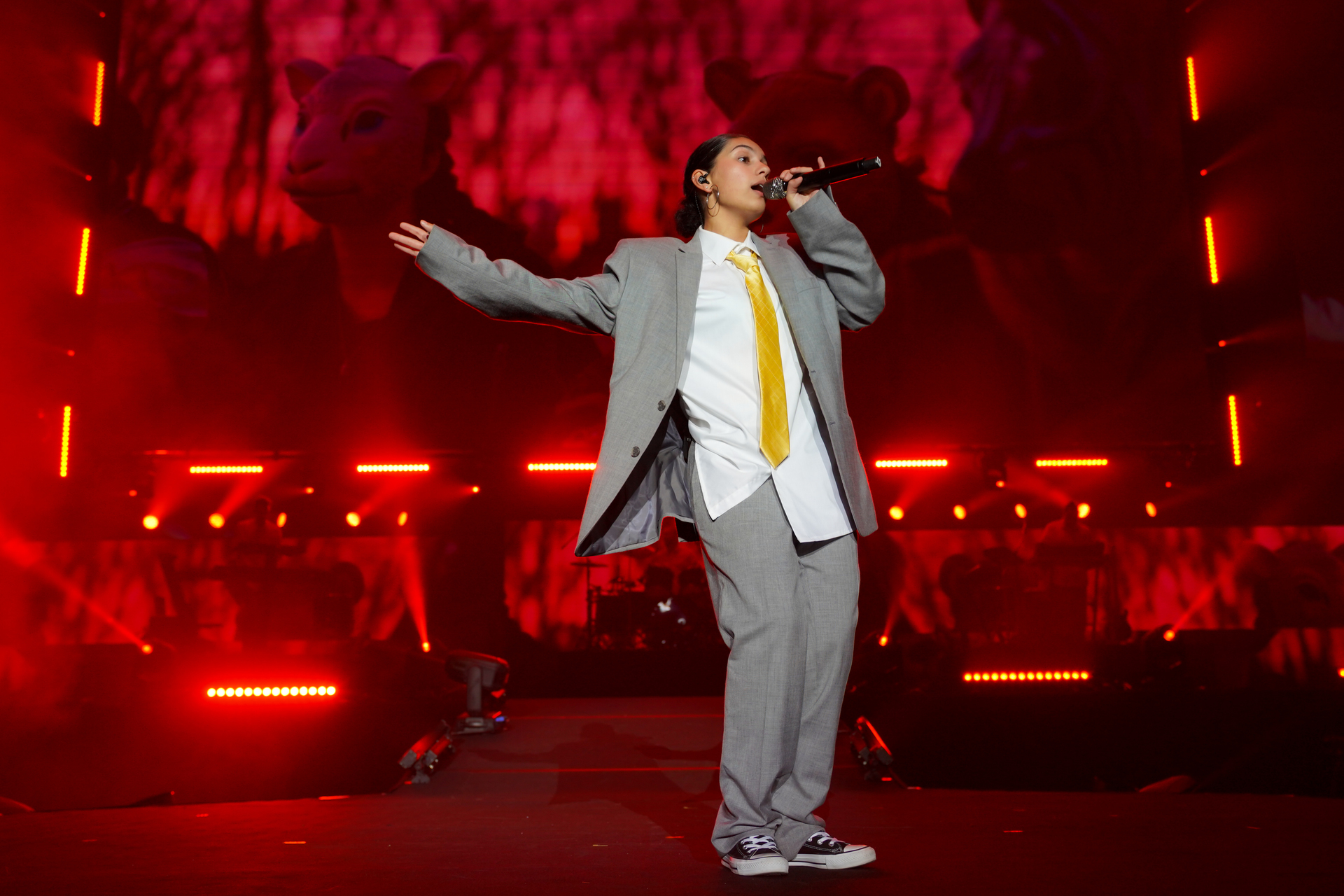 Tragedy struck at the very beginning of Alessia Cara's performance – the sound went dead for the entirety of her first track, 'Here', which saw Cara stride around the stage determinedly singing into her microphone, while casting frequent glances sidestage, waiting for the sound to return. MTV host Hanli Hoefer swooped in to stall with some placatory words for Alessia's fans, who were soothed when everything swiftly got back online for Cara's set to proceed as it should have. Cara showed off her guitar and vocal chops with a varied set, from the slowed down number 'A Little More', Moana soundtrack standout 'How Far I'll Go' and her Zedd banger 'Stay', which got the whole crowd on their feet and in the air. 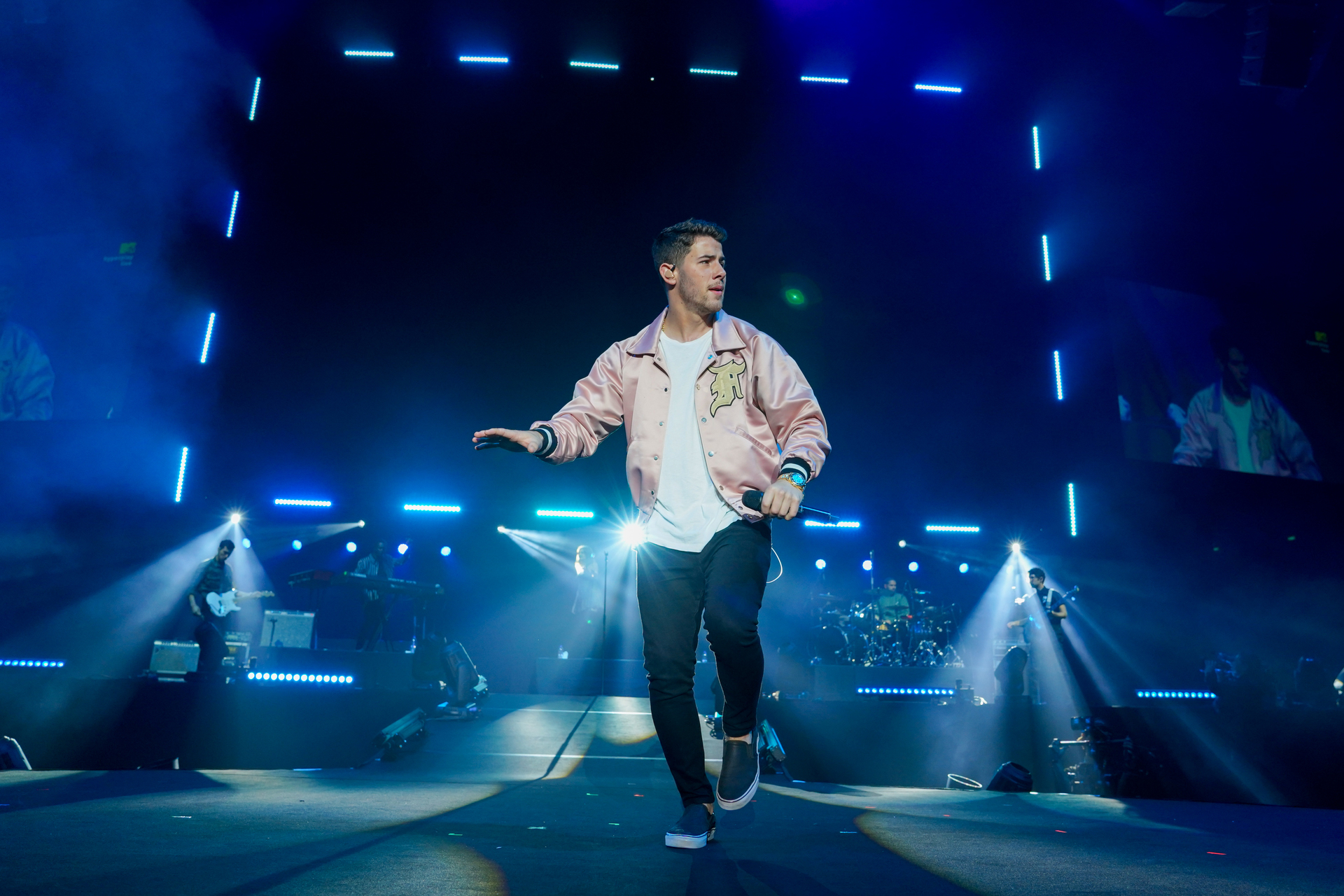 Nick Jonas came after Alessia Cara to wrap up Hyperplay, and both artists played sets that, at 30 minutes each, felt far too short. But Jonas milked his time for all it was worth, suavely telling the audience that even though they had one song left, all that meant was that they would have to return to Singapore. He emerged clad in a pink jacket emblazoned with "FEAR OF GOD" on the back, but no one was convinced of his godliness, given the steamy pop jams he rolled out, one after another. All the headlines pertaining to Jonas' love life have distracted from the fact that after the hits-spawning 2016 album Last Year Was Complicated, he's more than due for a comeback this year, heralded by his DJ Mustard collaboration 'Anywhere'. After Hyperplay, his Singaporean fans have had their appetites whetted and will no doubt look forward to what he has in store.

Special thanks to Hyperplay for the invite