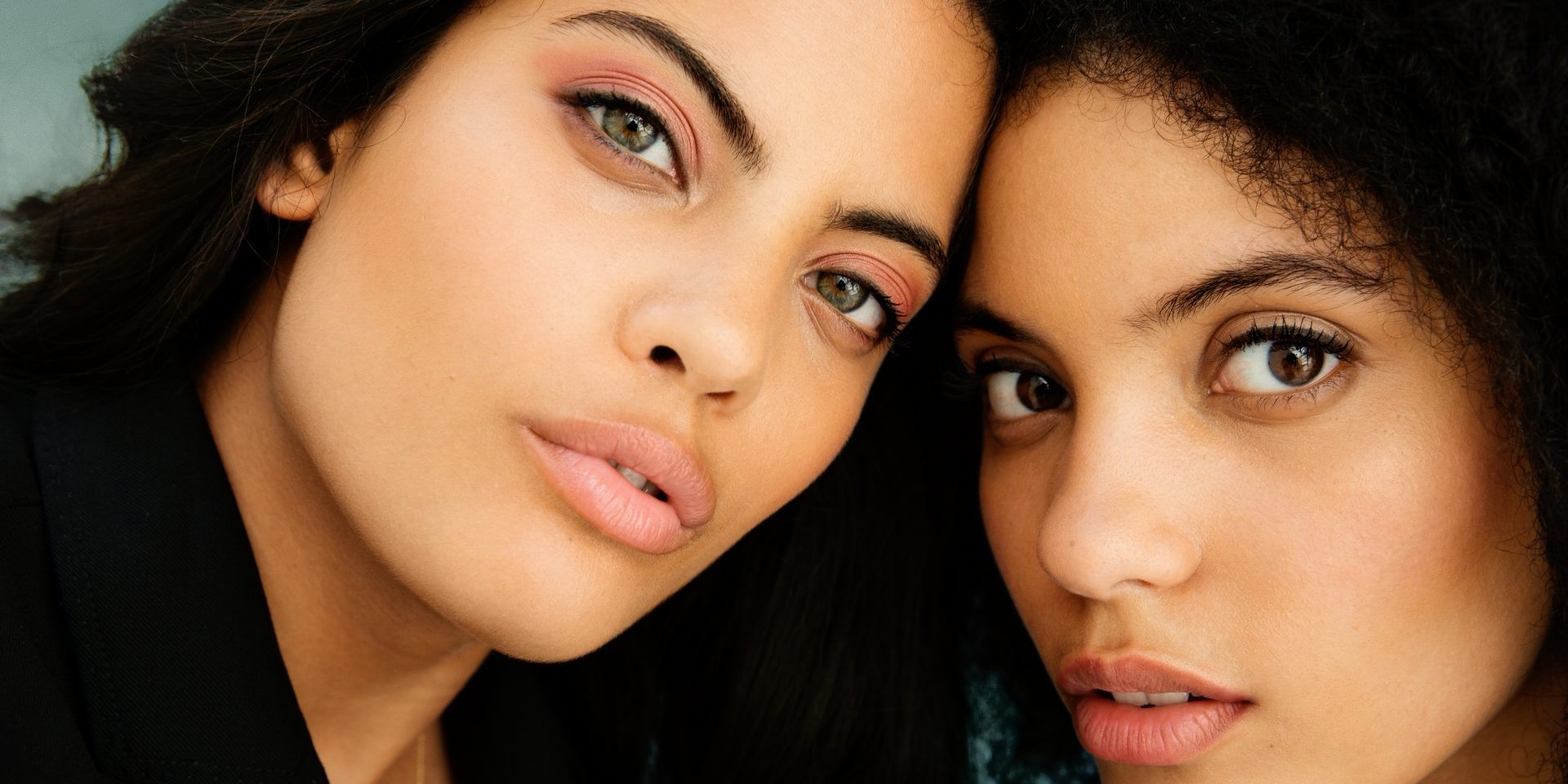 There is no middle-ground in an Ibeyi transmission. The French twin sisters Lisa-Kaindé and Naomi Diaz ensure that an all-pervading gravity, the kind of heft that separates art that is culturally essential from its antithesis, saturates the length and breadth of their transmissions – which include two albums, 2015’s Ibeyi and 2017’s Ash, and loose singles and features such as ‘Rise Up Wise Up Eyes Up’. Celebrated by path-lighters such as Lin-Manuel Miranda and Beyoncé, the pair is an antidote to apathy and indifference at large.

Nuclear and celestial, their songs are superstructures that look inwards and outwards, expanding and reconfiguring the farthest edges of sound and emotion in the embrace of the legacy of Yoruba, Afro-Cuban music, jazz and contemporary electronic music. Nuclear and celestial, the songs beat with the force of a drum, of the sum total of all the hearts seeking meaning in the most noisy and alienating of times. Therein is power; therein is beauty; therein lies truth.

Last week, Lisa and Naomi delivered their first-ever performance in Singapore. What follows is an illuminating interview we had with them.

How do you feel about playing in Singapore for the first time?

Lisa: It's really nice because we don't know what to expect. We have toured in places where we've played our previous albums, three, four times. It’s lovely to go back to people you've already met; people who've seen us multiple times. They get to see the evolution of our music. But we'll be playing in a place where we have no idea how people are going to react. It's nerve-racking but at the same time, very exciting.

What are your thoughts on the recent Notre Dame Cathedral fire controversy?

Naomi: It is very sad. But a billion Euros have been pledged to fix it, almost overnight. When you have a country which claims that it doesn't have much capital and this pops up, it shows. It’s telling of what the people with that kind of money see as the value of their money and where they're willing to channel it. Don't get us wrong. We're sad about the whole situation. We cried when we heard the news.

Lisa: Notre Dame is my favourite cultural destination. But when you see people still living on the streets in Paris and people are willing to donate so much money for the restoration, in a day, it makes you wonder where these people put the value in life. The deal is, when they give that much money, they’d be free of taxes. It’s a tax exemption. It's a way to get out of it.

Naomi: We would feel more comfortable if half that money was given to charities which support the poor, homeless or the migrants.

One of the songs you released last year is the beautiful 'Rise Up Wise Up Eyes Up'. What made you want to get involved with Lin-Manuel Miranda’s Hamildrops series?

Naomi: He tweeted us. He couldn't find our email so he tweeted something along the lines of "Ibeyi. I want to work with you. Hit me up".

Lisa: He offered us tickets to see Hamilton in London, which everyone (us and our team) watched. He told us that, while we were watching it, to think about whether we want to take up the offer. Towards the end of the play, there’s the only part that is not rapped; it's spoken. And I thought, "This is it. This is the moment". He says: "Rise Up. Wise Up. Eyes Up”.

We went to Cuba after that and wrote the song and recorded it. We then flew to New York for a day to produce it with Trooko, who's a friend and an amazing beatmaker. We had one day to do everything but it was so fun! In the end, they really liked it so we were really happy. It was a great experience.

We met Miranda for the first time in New York after that. He's such a sweetheart; he also gave us amazing tips about being creative.

Do you have any music that you're working on?

Lisa: Yes. There's music coming but we don't know when. It's a waiting game – you do a lot of things but you don't know when they're going to come out because they're not on our album. We have features with a rapper, a Cuban singer, whom we love, a jazz artist, and a few others. We're working on our third album but we're taking our time with that.

What remains the biggest difference between the your two alums, Ibeyi and Ash, for you?

Lisa: We grew a lot in between both records. When we started on Ibeyi, we were 14 and we finished producing and writing for it when we were 18. We took a lot of time to get to know who we were. We weren't even conscious that we were making an album.

As opposed to Ash, which we made in two months. We were writing throughout the whole tour (for Ibeyi) but it was created in two months. The amount of growth we had in those two years of touring was insane. It was an album that was a lot more conscious compared to Ibeyi, which was more intimate.

Naomi: There's a lot of progression; with the sound, it's a lot bigger.

Lisa: It's funny, sometimes, when we hear our first album on radio, we can hear our "baby" voices. But I still love it and I'm really proud of it. But the third one is going to be even bigger. We're going to be 25 when we start recording the third one. We were young girls when we started and we're women now.

One of the more notable things about Ibeyi is the standard you hold yourselves to in your messaging. Why has that been so consistently important to you?

Lisa: It's a tricky question because you have to be ready to talk about those issues. I used to write pure love songs. I think, it's about what you're feeling in that moment. You can force political issues or you can force feminism but if you're not ready to sing it, the backlash is going to come. As soon as you start talking about those difficult topics, they're going to come up in your interviews and you're going to have to defend your position.

What's interesting is that we're at the crossroads. We want both. We want to write an incredible banger but one that makes you realise things when you stop and listen to it through your headphones. 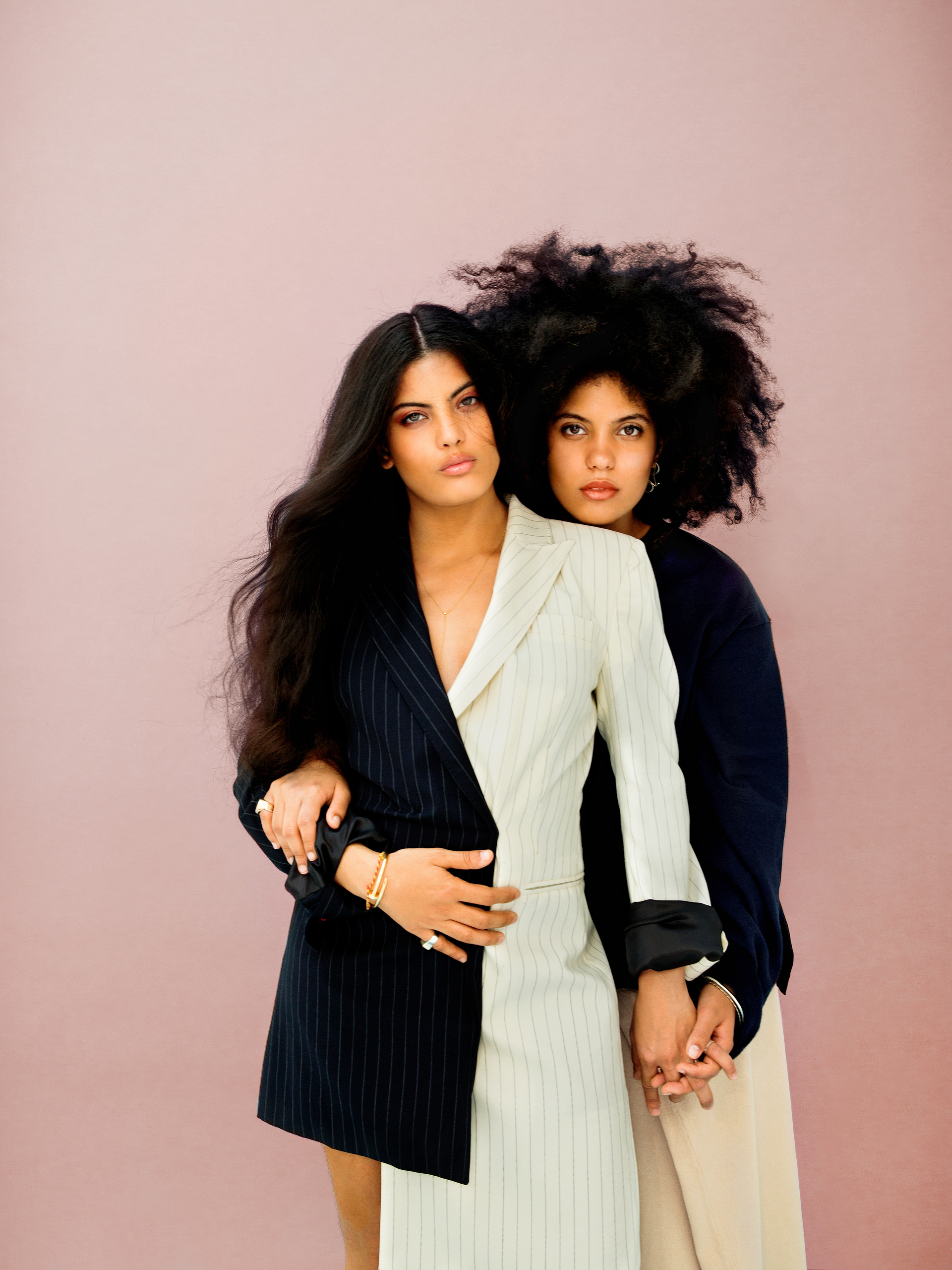 Increasingly, artists who address hot button social issues in their music in an allegedly insincere way are being called out. What do you think of that?

Lisa: I think that you should not give crap to artists who are trying to talk about issues to the masses because we need them. You don't know how much power a song has. Look at Katy Perry's 'I Kissed A Girl' – it really changed things. At the same time, I understand why people are frustrated because it doesn’t go deeper. I would love to write a song about that but it's difficult.

The both of you starred in Beyoncé's short film Lemonade. How was that like?

Naomi: She's a hard worker. She gave us advice but we're not going to tell anybody what she said. (laughs) Surprisingly, we didn't talk about music.

Lisa: What we learnt was mostly through watching her do things. That's why it's amazing that she did Homecoming because a lot of people are going to learn just by watching her. She's in charge. She's in charge of every single detail. She's the most hardworking person on set. She looks at everything. She hires everybody. She says yes to everything. If you're on that set, you've been approved.

The really beautiful gift is that we were informed that she would watch our performance at Coachella. We didn't get our hopes up because it wasn't like she was going to text us saying "How you doing?". On that day, we were performing 'No Man Is Big Enough For My Arms' and I turned around and saw her and Jay-Z watching us from the side of the stage. That really touched us.

Special thanks to Figure 8 agency and XL Recordings for the interview.