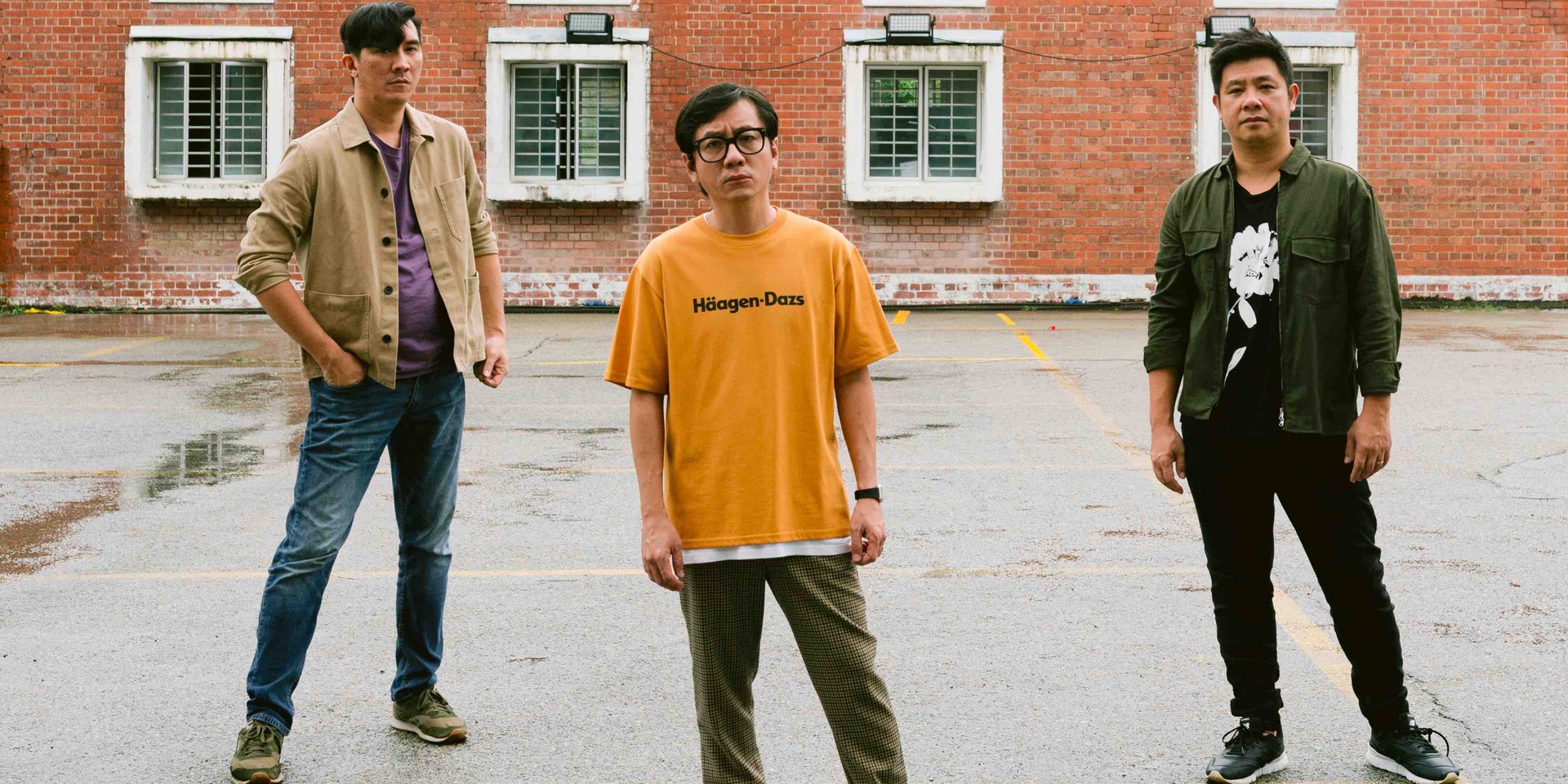 "Old" and "new" are often treated as binary opposites — words that cannot be used to describe the same thing. But as Electrico have recently shown, this does not always have to be the case.

The Singaporean indie pop-rock trio's latest extended play, 'B-sides Live at the Power Station', is an unorthodox comeback project in that it comprises four songs — 'Shadow', 'Little Girl', 'Only Where I'm Going', and 'Fabled Angst Machine' — that were released more than a decade ago. While they preserve the melodies and lyrics of the originals, these tracks have been reimagined to show a new side of Electrico, which is made up of vocalist and lead guitarist David Tan, bassist Desmond Goh, and drummer William Lim Jr.

Desmond shares: “Rerecording the four songs allowed us to introduce a deeper side of the band, which is more mellow and mature than before.” 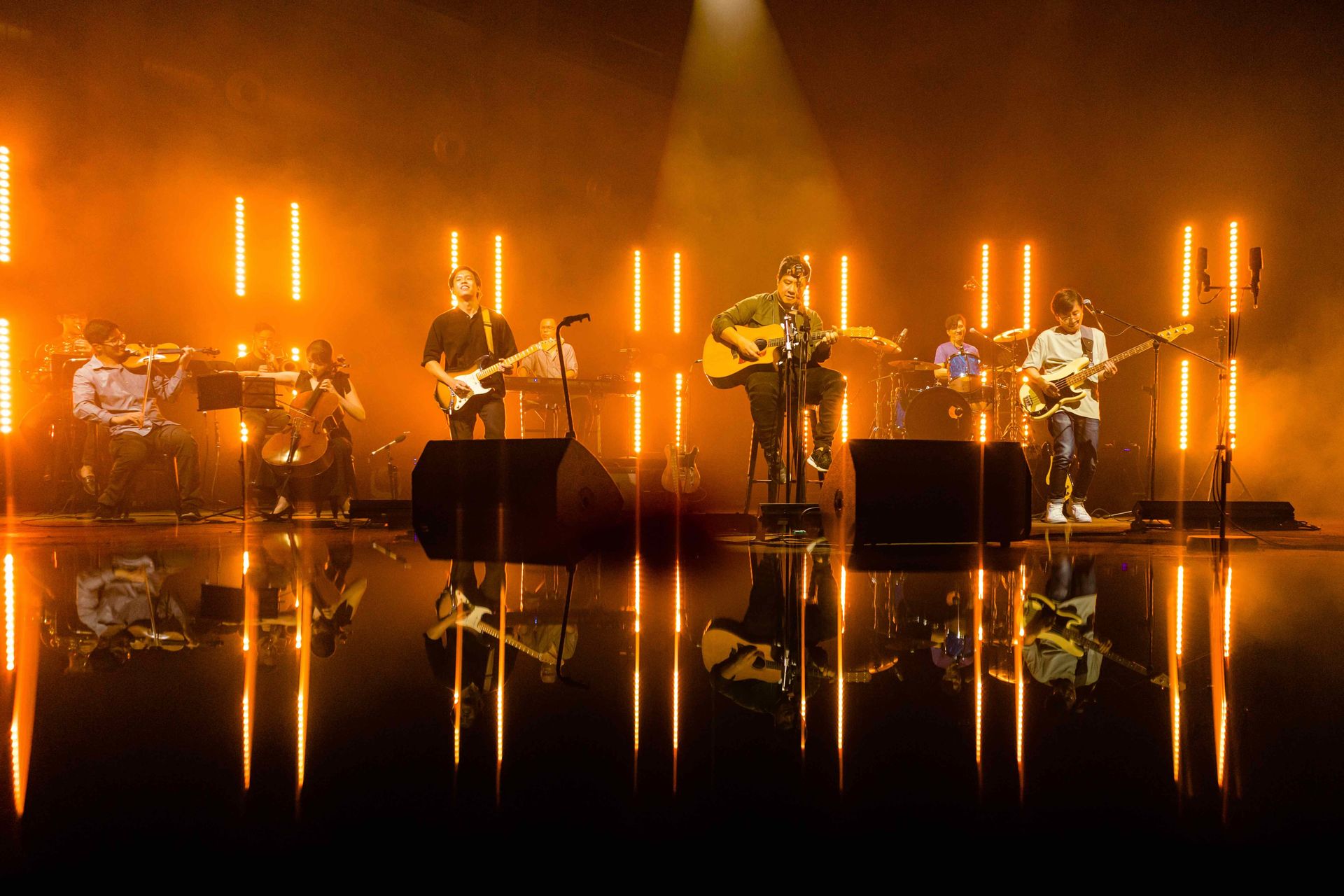 Recorded at the Pasir Panjang Power Station, the updated versions of the songs also serve as invitations to rediscover the three albums in Electrico's repertoire — So Much More Inside (2004), Hip City (2006), and We Satellites (2008) — which were released on streaming platforms between 26 March 2021 and 23 April 2021.

These works marked important chapters in the band's journey, from their debut after transitioning from Electric Company to Electrico to their ascent in Singapore and the international music scene and their experimental phase following their performance at the South By Southwest (SXSW) Festival in 2007.

In an interview with Bandwagon, David, Desmond, and William look back on their journey as Electrico and discuss the projects that defined them over the years. 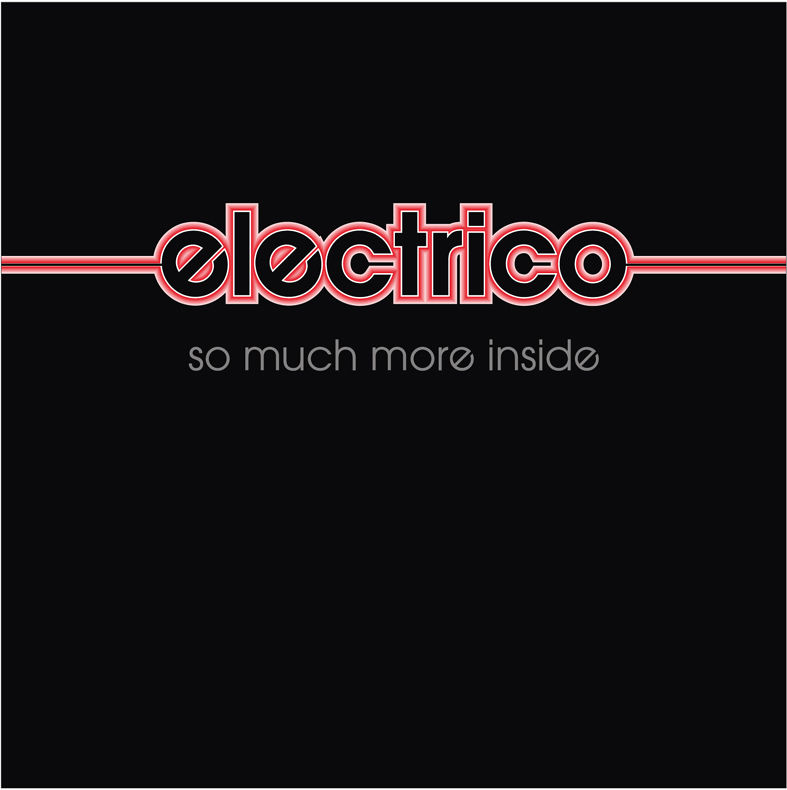 This was your first album after you re-debuted as Electrico. Were there any changes to your sound that accompanied your transition from Electric Company to Electrico?

David: Not really, we were doing a lot of covers prior to that, So Much More Inside was our first release of original music really, even if some of the songs were written years before.

Desmond: As Electric Company, we were straight-up rock and roll! With the change of name came slight changes such as having a bigger scope of sound as we incorporated more piano and synth, but kept the rock n roll spirit intact.

William: We looked at it as a fresh start with the fresh name as well.

What were some of your biggest inspirations while putting together this album?

Desmond: The punk of Oasis, bizarreness of Blur, and Boy George’s Culture Club!

William: Yeah, as you can see, we were influenced by the same music.

Your debut single ‘I Want You’ reached Number 1 on Perfect 10’s (now 987FM) chart. What was your initial reaction to this?

David: Surprised for sure. It had been a long time since there was much local music on the radio, let alone a chart-topper, so it felt pretty surreal.

Desmond: It felt nice to have one on the charts! The initial plan was just to have an album recorded, released regionally and to play shows, never did we expect to have a song on the charts!

William: Yeah, it was definitely a "wow" moment for me, when I was driving with the radio on, listening to the countdown show.

Why do you think the song was so well-received?

David: I think that with the internet, the world was already getting smaller. Singapore was hungry and ready for something of this sort to call their own and to fly the flag, who knows! But we're definitely humbled either way!

Desmond: Part of it was good timing, as the music climate was in favour of that type of sound and style. It helps that the song is catchy too.

Was this a debut album that you were satisfied with?

Desmond: For a first album, it is a great representation of us being a rock and roll band.

David: Yeah, looking back, I feel that it really captured the purity of the band. Of course, there are some things that I would do differently now, but a lot of our journey was about learning along the way, so it's cool the way it is and came to be.

William: I am happy with the way the album turned out! I even flew to L.A. to sit in for the mastering session of the album with the sound engineer.

Stream So Much More Inside here: 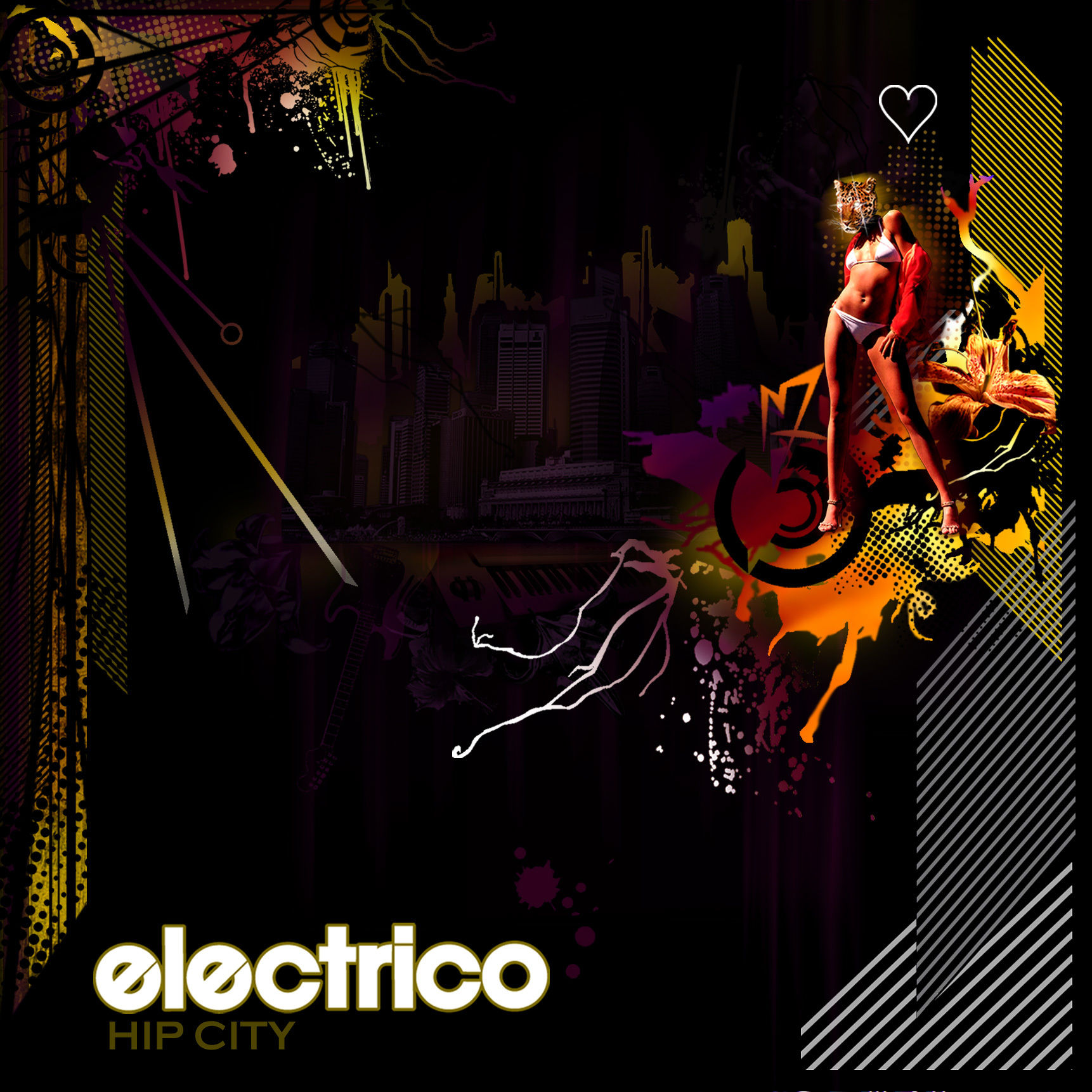 What’s the story behind this album’s name?

Desmond: It was about celebrating Singapore as one hell of a hip joint!

William: We wanted to make an album that people would hopefully get hyped about and enjoy with us! Also with the intention of making Singapore a Hip City, where we can find all genres of music!

In what ways is Hip City different (sonically and thematically) from your debut album?

Desmond: Although it didn’t differ much sonically, there is a more patriotic theme in Hip City. There’s a strong sense of identity and being proud of who we are in this part of the world.

David: Yeah, it really was a dedication to Singapore, and that's where much of the motivation came from. There was a spotlight on us, and we wanted to rock "the red and the white but without the blue!" with a lot more of a hard rock-inspired sound.

William: This album had many more fast rock songs, and after it was released, most of the songs we performed came from this album.

Did you make a conscious effort to differentiate the two?

Desmond: As we were working off the steam from the previous album, there might only be slight deviations.

William: It was not a conscious effort to differentiate the two, more about learning and growing from past writing styles.

‘We’re Not Made In The USA’ is one of the standout tracks from the album. What was your thought process while writing this song and did you base it on a real-life experience?

David: Yeah, I was at HMV once and overheard someone enquiring about the music that was playing. The store assistant handed him the CD, and I watched him put it back after finding out that it was a local band. This was one of the things that I had to write about and include in our lyrics, along with all the local band names and our children's day song melody as the guitar solo. I mean, who wouldn't!

‘Love in New Wave’ was a hit across Southeast Asia, even topping radio charts in the Philippines. Why do you think this song was so well received in the region?

Desmond: I believe our collaboration with Rivermaya helped propel us in the region. My dance in the music video might have helped too.

William: The production of the song was great and it was catchy. The drums, writing, and melody had evolved as well. Special kudos to Dave for coming up with great vocal melodies.

Of all the tracks on Hip City, which one resonates with you the most and why?

William: 'Electricorp'! I love it from that album, the way the rhythm changes and how the song sounds like an anthem. 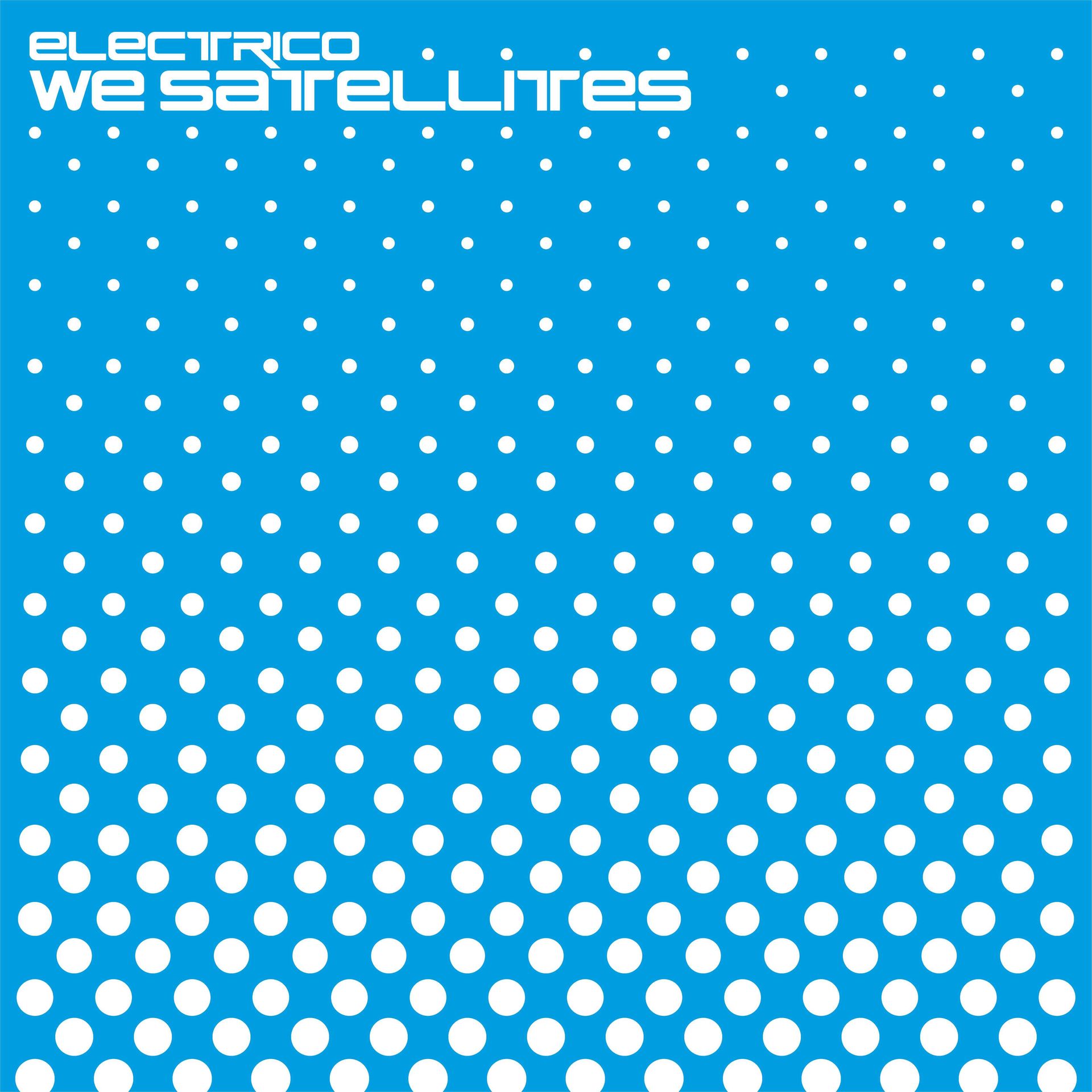 We Satellites was released the year after you became one of the first Singaporean bands, along with The Great Spy Experiment, to perform at Texas’ SXSW. Coming off such a huge milestone, did you feel an urge to push yourself further for your third album?

Desmond: We felt the need to shake up the sound a bit, be more experimental and explore various arrangements. It’s a record of growth!

William: Yes, most of the tracks were inspired by the festival itself. With this album, I wasn’t afraid to experiment with new drum beats, even those with different time signatures and playing off-beat.

What were some of the themes that you wanted to explore in this album?

David: I don't think we were pursuing any themes in particular, but we were definitely trying to push our boundaries melodically.

Let’s talk about ‘Shadow’. Why did you choose to reimagine this particular song for your B-sides Live at the Power Station EP?

David: It is our most epic track, for us it had to be done. Although ‘We’re Not Made In The USA’ is a close second.

Desmond: ‘Shadow’ is our longest song in length and it’s almost like a short film. With all the drama in the song, we figured it would work well with a chamber music arrangement, programmed lighting and in an industrial setup. We were very happy with the end result!

William: Yes! Back in 2009, we included a brass section for the first time in ‘Hail To The Friends’ and ‘We Satellites’ for a show on Channel 5 called "Live ‘N’ Loaded". So it was great to have the chance to do it again; this time including strings for ‘Shadow’ and the rest of the B-sides. As Desmond mentioned as well, ‘Shadow’ was a great song for the arrangement and set up.

Did this album also reflect who you were as a band back in 2008?

David: Personally, it's hard to say "who we were" as a band during that time for me. Those years being such a whirlwind, it was hard to actually pinpoint any moment; it all felt like one big moment in time. Musically speaking, we were definitely in a more mellow experimental phase.

William: With every release, there are bound to be changes, as they do in part reflect the era we were in.

Not many bands can say that they have written and performed a song for the National Day Parade. What was it like working on ‘What Do You See?’?

David: It was definitely an honour. During that time, as people felt like there wasn’t very much support for the local music scene, it would have been hypocritical if we didn't do it. So when Ivan Heng (Creative Director of the 2009 National Day Parade) called me one morning to ask if we'd do it, I said “hell yeah!” And I felt really comfortable with the knowledge that it was him at the helm as well.

William: Very honoured. We finally had the opportunity as a band to write and perform the National Day Song, as, up until then it was mainly solo artists. It was a good opportunity to show that we have both bands and individual artists to represent Singapore.

Unlike most NDP songs, the track was also played on MTV Asia a number of times. How does it feel to know that audiences outside of Singapore were exposed to this song too?

Desmond: MTV was one of the staple media channels for us to discover new acts, so we were immensely proud and happy to share this milestone on the platform!