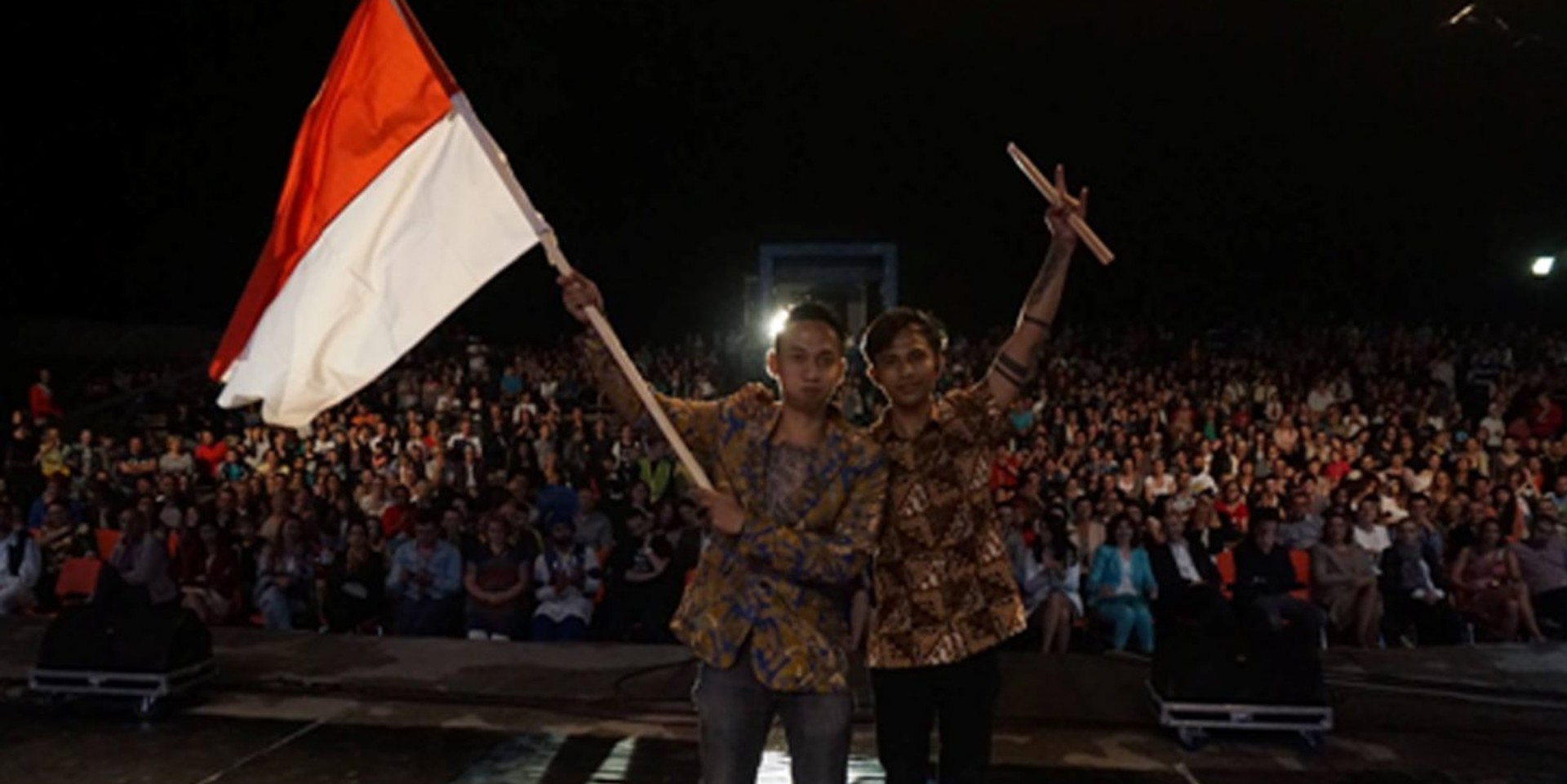 Furthermore, they were also the only contestant eligible to perform at the grand concert of the festival initiated by the Spanish company, Fiestalonia Milenio, S.L.U with support from Lloret de Mar Mayor City Hall.

The group consists of Viza Mahasa (vocal, guitar, gamelan) and Vais Randi (drums, sequencer), with singles such as 'Kurikulum Hatiku', 'Muhammad Ali', 'Jogja Love Story', and many more. Before performing in the grand concert, they performed in Concert Hall Auditorium Gran Casino Costa Brava. Just right after Viza and Vais finished their performance, one of Fiestalonia Milenio's representatives, Diana, said:

Thank you V1MAST for the amazing performance, hope we can meet again next year."