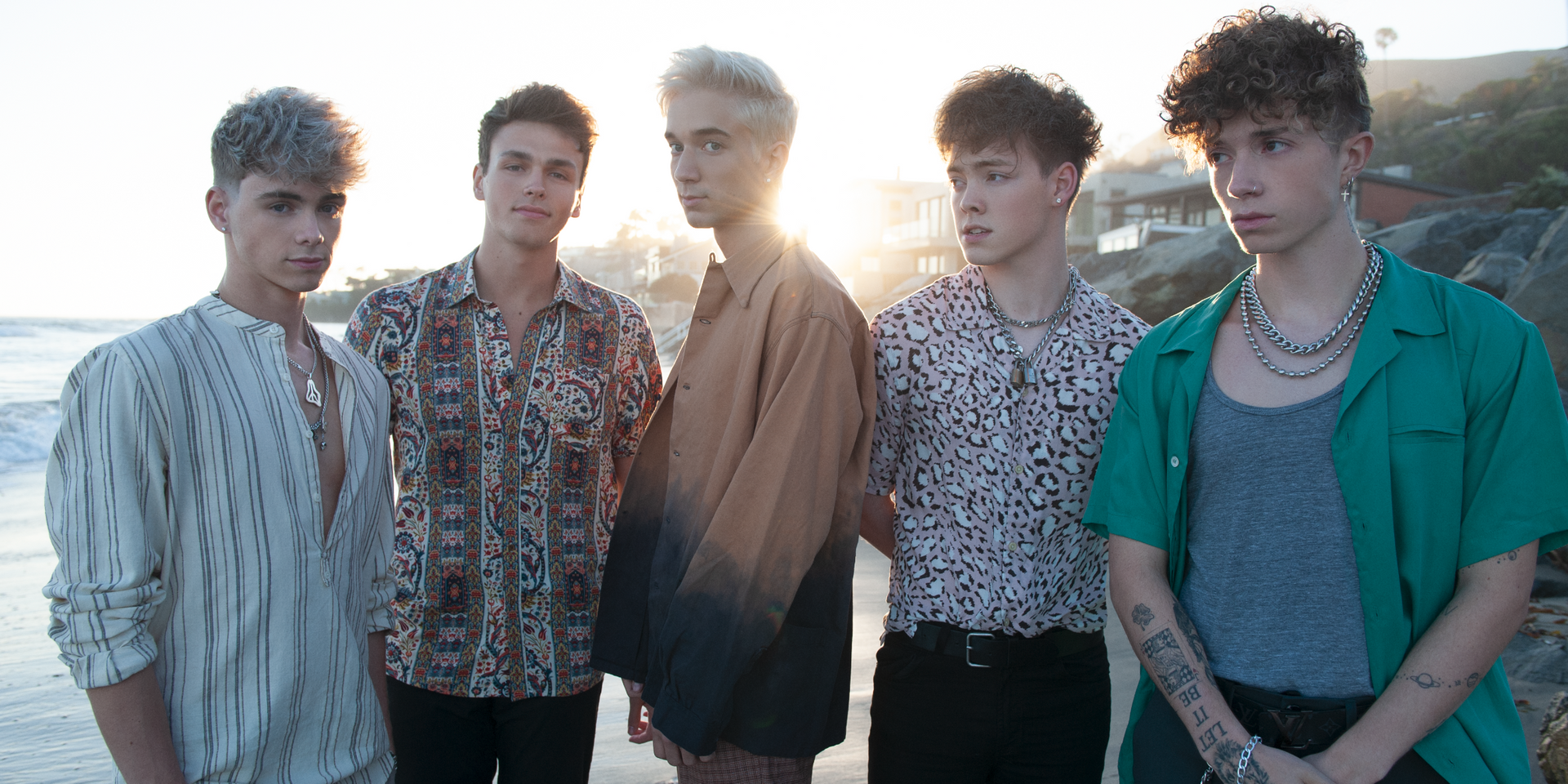 The appeal of the boy band has endlessly persisted across time and transcended space.

American boy band Why Don't We is the latest pop sensation that is living testament to that truism. The group, comprising Daniel Seavey, Zach Herron, Corbyn Besson, Jonah Marais, and Jack Avery, was formed in 2016 and first propelled to mainstream consciousness with their hit track 'Trust Fund Baby', which was written by Ed Sheeran. Recognised for its blend of sentimental pop, R&B, and a smattering of Latin elements, WDW has steadily amassed a substantial following with its prolific outpouring of new music.

Ahead of their 8 Letters Tour in Singapore, Jack Avery speaks with us about the band's music and what it means to be a boy band today.

How did you find your first Singapore show in August last year?

It was so fun! First off, I love our Singapore fans; they're super crazy! I'm really excited to go back to Singapore. The next time we go back,  we'll be performing at the Marina Bay Sands. It'll be super, super fun.

You'll be returning next month for your 8 Letters tour. What are you most excited about?

It's been three years since the band was formed. What has changed for you musically?

Honestly, my whole life has changed since the band was formed. I grew up in a town with 1500 people. Now, I live in Los Angeles with four of my best friends and make music everyday. That's a dream come true. 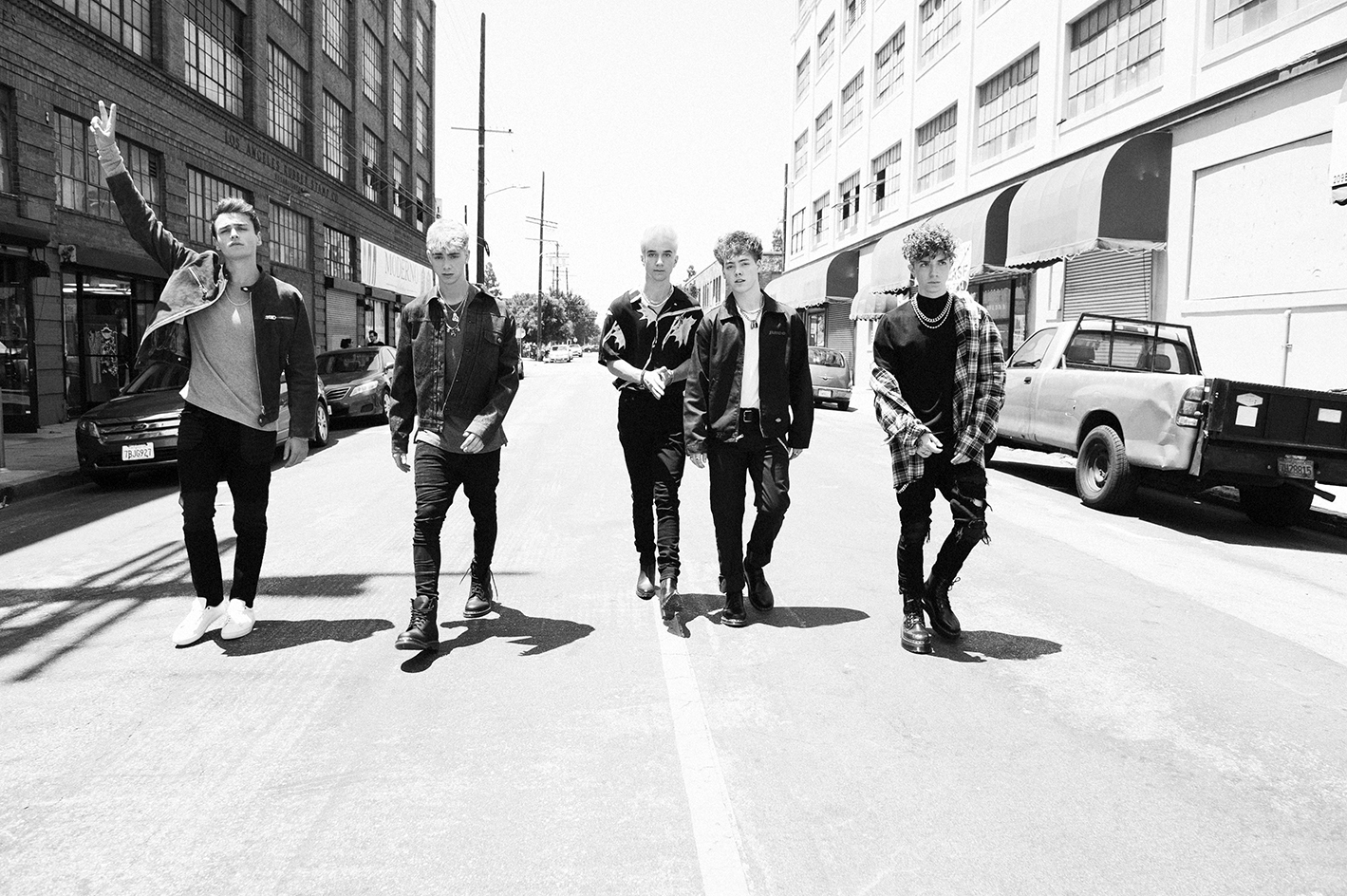 Congrats on the release of your debut album, 8 Letters, last year. Can you tell us about the main message that ties all the songs together in the album?

I would say it's the title of the album, 8 Letters. It's saying each song is a love letter, in a way, because there's eight songs in the album. It's kind of cool because each song has its own, different vibe. It's eight love letters and it's cool because the fans have a specific song they like and feel is more personal to them.

You've also released a few singles, with the latest being 'What Am I'. It's a love song and it's also your most mature and darkest release, so far.

It's really cool that Ed Sheeran came to us again and said "Hey, I have another song for you guys" and we were like "No way!". We were obviously like, "Yeah, let's do it". Then we ended up cutting it. It was funny because we actually recorded this song a year-and-a-half ago. Now we finally said, "You know what, we're going to do this song. Why did we forget about it?"

And now, we dropped it. I love the song and I'm super happy.

How was it working with Ed Sheeran?

It's super cool. We didn't go into the studio with him, but we did join his producer Steve Mac in the studio. He's a super cool guy and a genius. He cut it, and now we have this awesome song with him.

But honestly, it's cool. I feel like the guys and I have different vibes and the stereotypical quirks of boy bands. I feel like we have more of an R&B, urban undertone to our music, which is super cool. I think that started selling more as we matured our music.

The guys and I are slightly different from most boy bands that have been out there. I love being in a boy band in 2019. I don't even think of it as anything negative. It's all fun.

What music are you listening to right now and what do you think is the best album of 2019?

A lot of music I'm listening to right now is Post Malone, Travis Scott, Drake. All of these people. Oh, and Billie Eilish, she's super cool.

Best album though... I don't know, that's a hard question. But I'm really digging Hollywood's Bleeding by Post Malone. As of right now, that's one of my favourites.

Singapore is the third country on your most-streamed list on Spotify. How does that make you feel?

That is actually insane. I didn't know that was happening.

We're going to finish up our '12/12' campaign. And we've got some cool songs that will be coming out. Next year, we plan to release a bunch of music and we might be in the works of an album for next year, but who knows.

We're excited, we've got some new stuff coming and it'll be really great.

Looking back on this year, what's the best thing that has happened to you?

If we're talking music, it's probably when we released 'What Am I' because it's a great song. If we're talking about my personal life, then it's when my daughter was born. She's my angel.

Absolutely amazing. A lot of people say it's hard – I mean, it is hard. But I think the only hard part is being away from her; taking care of her is the easy part.

Why Don't We is set to perform at the Sands Expo and Convention Centre at Marina Bay Sands on 16 November.

Tickets are priced at $138 can be found here.