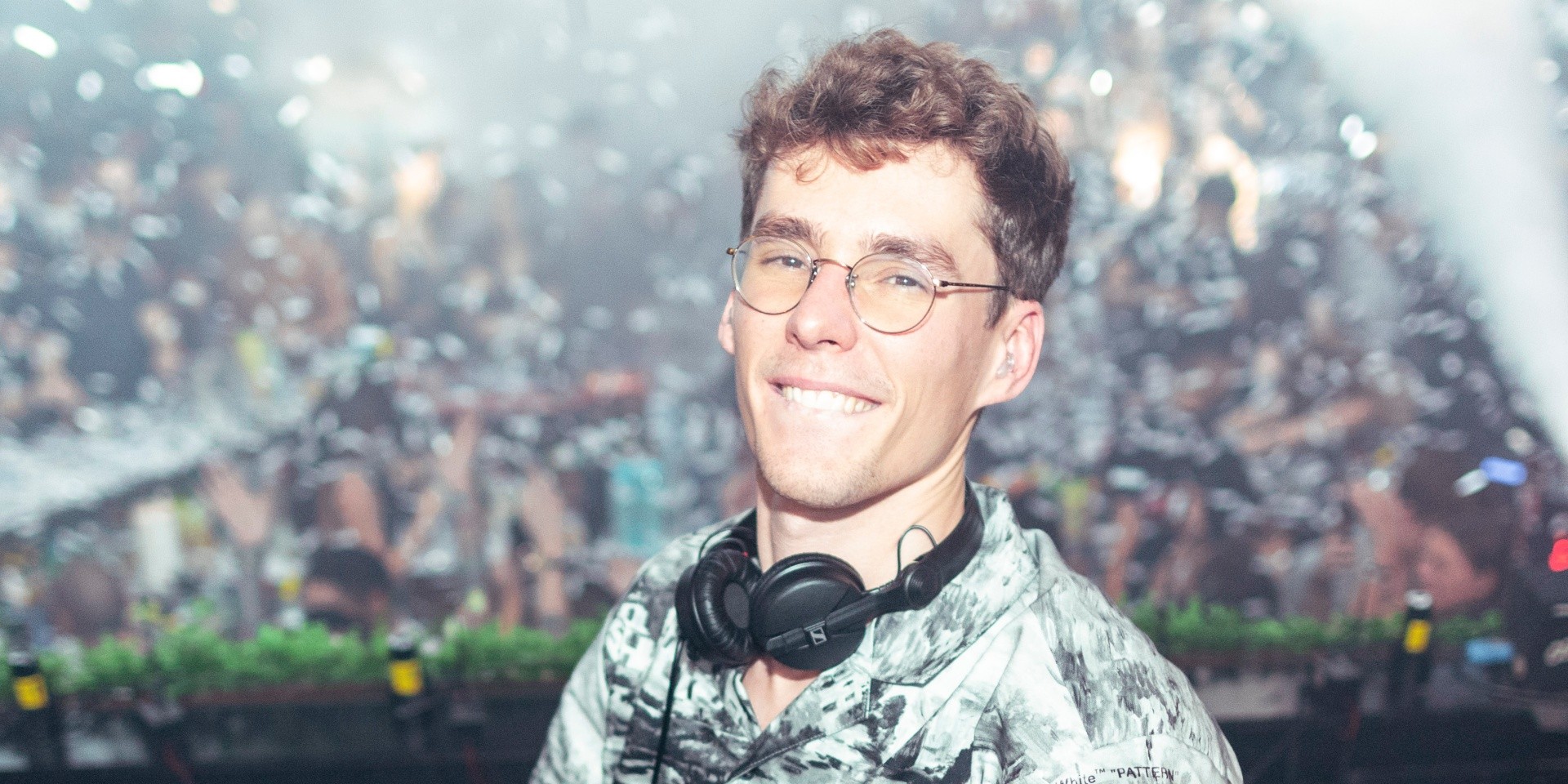 The inaugural AIA Glow Festival is upon us. The health and wellness event, sponsored by insurance giant AIA, aims to be “the ultimate festival to unwind” through a slew of activities such as yoga, wellness sessions and a concert, as well as celebrate its 100-year journey.

On the festival’s roster is 25-year-old emergent Belgian DJ-producer, Felix De Laet, better known as Lost Frequencies. He broke out in 2014 with his cover of Easton Corbin’s ‘Are You With Me’, which topped Ultratop Belgium Chart in the same year. Since then, he has played in almost all of the major music festivals including destination events such as Coachella and Tomorrowland.

In 2016, he released his debut album Less Is More and followed it up with harder, punchier versions of the songs on its deluxe version. He’s certainly cemented himself as one of the deep and tropical house DJs to look out for.

Before the big day, read up on his journey in music in our interview below.

How do you feel about performing in Singapore next month?

I'm very excited because it's a yoga event. It's a bit different from what I usually do but I can't wait to bring my chill vibes and to create a special evening with my music. Singapore is also a cool place – I've been there before.

Considering that this will be a health and wellness festival, are you a yogi?

No. I'm not into yoga, right now. (laughs) I don't have much time to do it and I don't think I'm patient enough. But if there will be a lecture or a course happening, maybe, I'll take it. 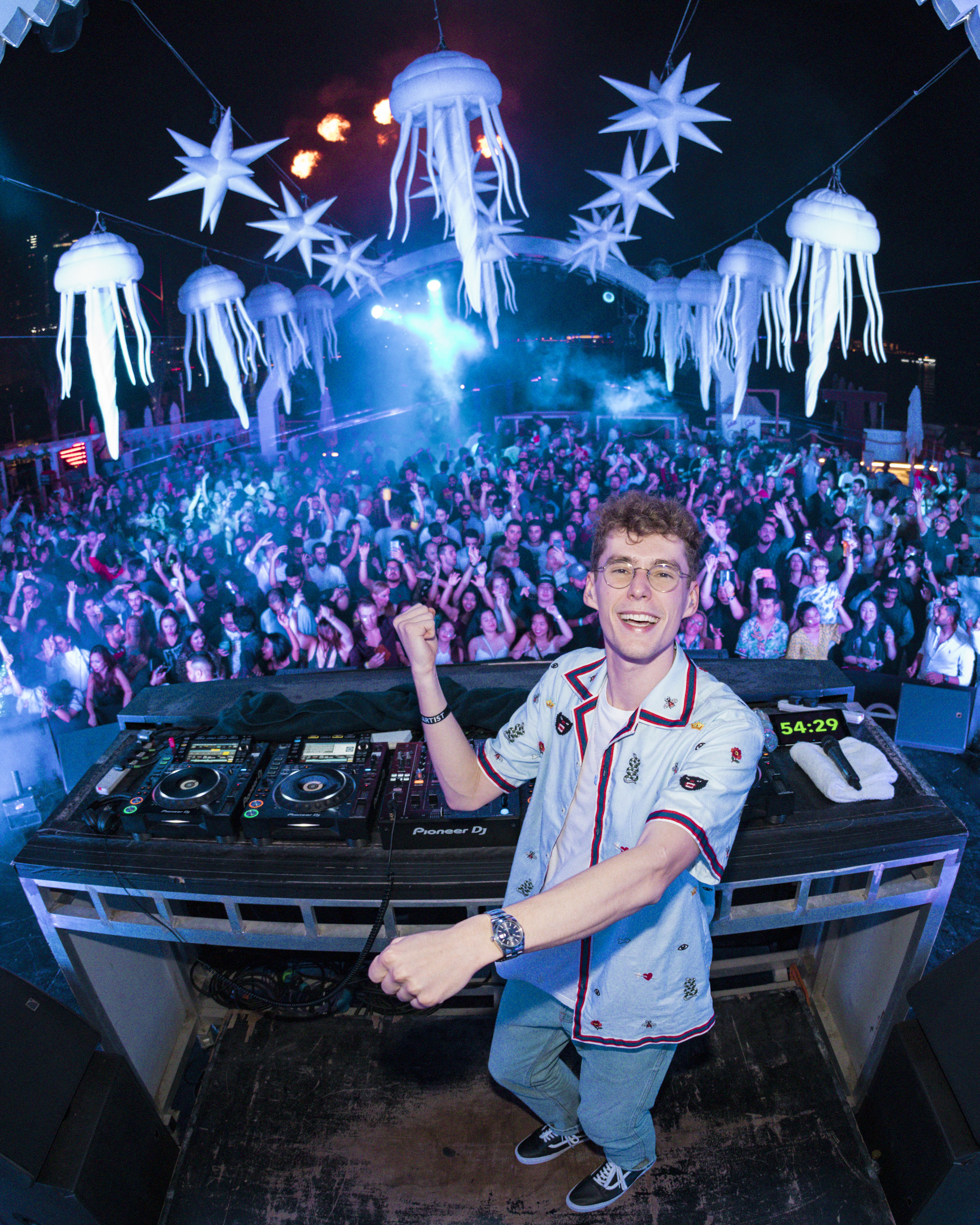 What would you say has been the most enjoyable part of DJing?

Another thing is, that, I get to hear a lot of different acts at big festivals and see how they play. There are a lot of things that I want to take in and learn. I'm always eager to learn something new – that's really something I like.

On your 2016 album Less Is More, you produced your own rendition of ‘What Is Love’, which is one of the most popular club songs. Why did you decide to do that rendition and what does this song mean to you?

I found a cover of a guy called James Young on Soundcloud, which was an acoustic cover. I was like "Whoa!". If I could also make a cover with the same vibe but more deep house-y, it would be amazing. So I worked on my version and it was amazing to do. When I started playing that song during my sets, people were wondering: "Wow. What is this track? What is this version?" In the end, I recorded it and released it. The guys from the original version were very happy with my version. It was very cool.

What is the main difference between Less Is More and the deluxe version?

In 2016, I had two different facets: I was making a lot of music, which everyone could listen to, and I was also going into a drum and bass route. I go a little crazy sometimes. I did a few versions of every single track of the album and I released them on two different albums because I wanted to share both facets with everybody.

The most important thing, for me, first of all, is to trust people. Second of all, is to have a good vibe with the people and not be too focussed on the money. It's more about the experience you can have and the achievements that come with working with other people. Sometimes, people are too focussed on success and you feel that, in turn, it won't work as much as those people who are focussed on the music. It's pretty funny to realize that if you're focussed on success, you won't really be successful. If you're focussed on being nice to people and doing what you do good, and doing it in the smartest way, of course, it's going to be more successful in the end.

There are a lot of people who say that vinyl has a better sound quality, which I can understand – if you like the more rough sounds. The feeling of hardware, as well, some people like that. I also like it because, visually, it looks cool. But you cannot ignore that fact that CDJs are really handy and quick.

For me, I can travel all around the world and I don't need to bring all my records with me. I can update my playlist in two seconds or I can play unexpected tracks I've never tried before or those which haven't been released yet. I get a lot of promos from DJs, too, who ask me if I can play them. If I was only playing on vinyl, I couldn't do it. I don't disrespect CDJs because I play on them, too. I don't specifically have more respect for people who play with vinyl records. But I think it's really cool and I like the fact that they're still doing it.

I also respect the fact that it's a lot of work and it's sometimes harder to mix because you don't have all the digital support. But I like both. I have vinyl players at home and I'll mess around with them, sometimes. But playing CDJs in a club is so easy and I think I'm going to be on CDJs for the next couple of years. (laughs)

Do you have any new music in the pipeline?