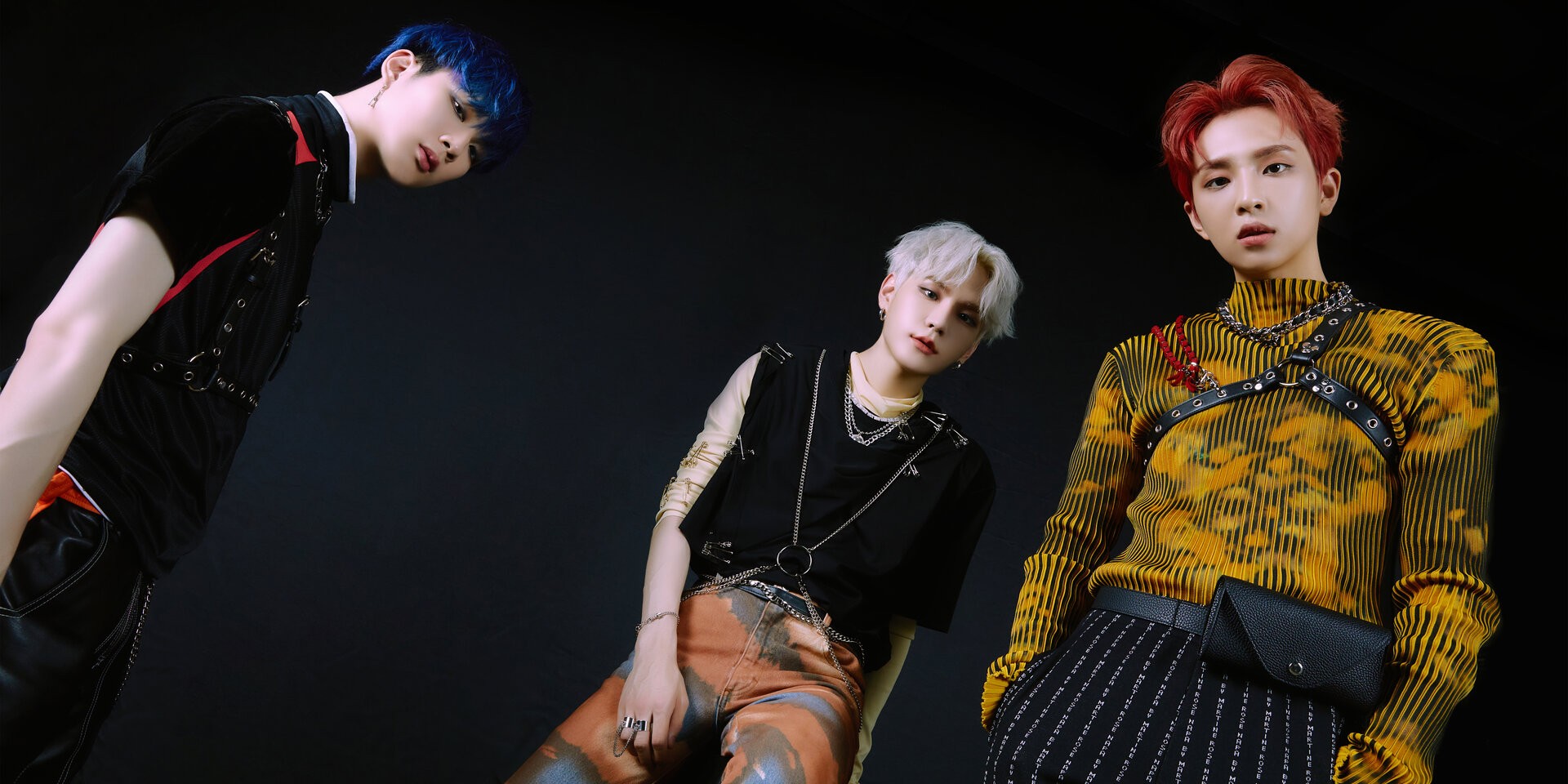 Amongst a vivid, dreamy and ethereal landscape, up alongside the moon and the stars, are a group that's beyond this world. BDC, alongside their fans Fines, are embarking on a magical journey beyond their wildest dreams while still never forgetting where they come from.

Taking their name from the acronym for "BOYS DA CAPO" which means "Let's go back to the beginning”, BDC comprises Sihun, Seongjun, and Junghwan. While they're a small group in size, what they bring to the table is beyond comparison – in fact, it expands multiple universes. Since their debut in 2019, the trio have ventured into an expansive album series that paint a picture of parallel universes and the existence of multiple versions of ourselves. Titled THE INTERSECTION, the series sees three parts – BELIEF, DISCOVERY, and CONTACT, all of which explore varied notions of multiverses.

Taking inspiration from acts like G-Dragon, ZICO, and BTOB, THE INTERSECTION sonically takes on an array of musical influences, from pop to hip-hop.

But when they're not wandering into multiple worlds through music and performing on massive stages, you'll usually find BDC playing video games, watching movies, and working out. Bandwagon caught up the trio to talk about their K-pop beginnings, their first impressions of one another, and their newest single 'MOON WALKER'.

Hi BDC, how did each of you first get started in music? How did your K-pop journey begin?

Sihun: I went to an art high school just because I liked dancing but I found myself enjoying dancing on the stage and wanted to keep doing it, so I dreamed of becoming an idol.

Seongjun: I wanted to become a singer because I like singing and I followed one of my friends to register the vocal academy where I could learn singing. Thanks to the headteacher who suggested me to become an idol I'm here as an idol today.

Junghwan: I started doing musicals on the recommendation of my mother, and I started to like being on a stage, got a lot of castings and then I naturally dreamed of becoming a singer. What were your first impressions of one another? How would you describe the group dynamic now?

Sihun: My first impression of Seongjun was strong elder brother image, and Junghwan had a comparatively dark image. I consider our teamwork to be pretty good, which is based on respect and consideration for each other.

Seongjun: Sihun had his own bright image and when I first saw Junghwan, I thought he was very tall. Because we three of us have very different tones, singing methods and vibes, I think we are a perfect match by filling up each other.

Junghwan: I first thought that both are very funny and know how to have fun. I think the harmony keeps getting better the more we match.

You recently ended THE INTERSECTION trilogy, what are some memorable moments working on that series? What are some lessons you learned from it?

Sihun: I think our team’s unique colours stand out more because of our concept and worldview. I learned a lesson that a solid storyline is needed to attract public.

Seongjun: My head was completely blank right after I finished the first 'SHOOT THE MOON' stage, didn’t even know how I did it. I learned a lesson that I should not be so nervous but to be relaxed and to overcome myself, but the thing is that I’m still not good at it.

Junghwan: Every time I recorded each track the pitch got higher gradually, and I found myself doing it after working and trying so hard, so I learned there’s nothing I can’t do.

What can we expect from BDC after THE INTERSECTION? Are there some concepts or themes you want to try moving forward?

Sihun: I’d like to try cool, refreshing track that suits for summer.

Seongjun: Please look forward to our further development. I’d like to try bright song and love song as well.

Congratulations on the release of ‘MOON WALKER’! Can you tell us more about the single and the story behind it? What message do you hope to tell your fans through this song?

Seongjun: This is the last song and as well as the epilogue of the MOON series. I feel that we really have to release the MOON series with a lot of memories in it, not only for us but also for our fans who are feeling a bit sad. I hope everyone looks forward to our further releases.

Junghwan: We have recorded it at the same time when we were recording the 'MOONLIGHT', title track of the previous album. Because we started practising in the midst of the album promotion, so the progress went quickly and we were really busy every day. Through this album, we’d like to show the public that our genre is simply BDC.

What was the creative process behind ‘MOON WALKER’ like? What are some of the group’s sources of inspiration for the song?

Sihun: When it comes to writing lyrics, I wrote it while imagining the feeling of being in space with Fines.

Seongjun: The progress went really quickly but everything went well. The inspiration of the song is moon and Fines.

The K-pop scene is vast with many groups debuting every month. How does BDC stand out amongst the crowd?

Sihun: I guess the fact that there's three of us would catch people’s eyes by making them doubt and interested in at the same time which also can make them become a part of Fine naturally.

What is the best part of being in BDC?

Sihun: Since there are few members, I feel free and easy to communicate.

Seongjun: Filling my shortcomings, everyone is so warm-hearted and kind and the fact that I could meet Fines are the best part of being in BDC.

Junghwan: Decorating the stage as being a part of BDC.

Where do you see BDC in the next few years?

Sihun: We’ll be shining at the top!

Seongjun: I hope we continue to release songs and would like to see many Fines and the public look forward to our songs and anticipate them.

Junghwan: I assume we’d be much improved and grown.