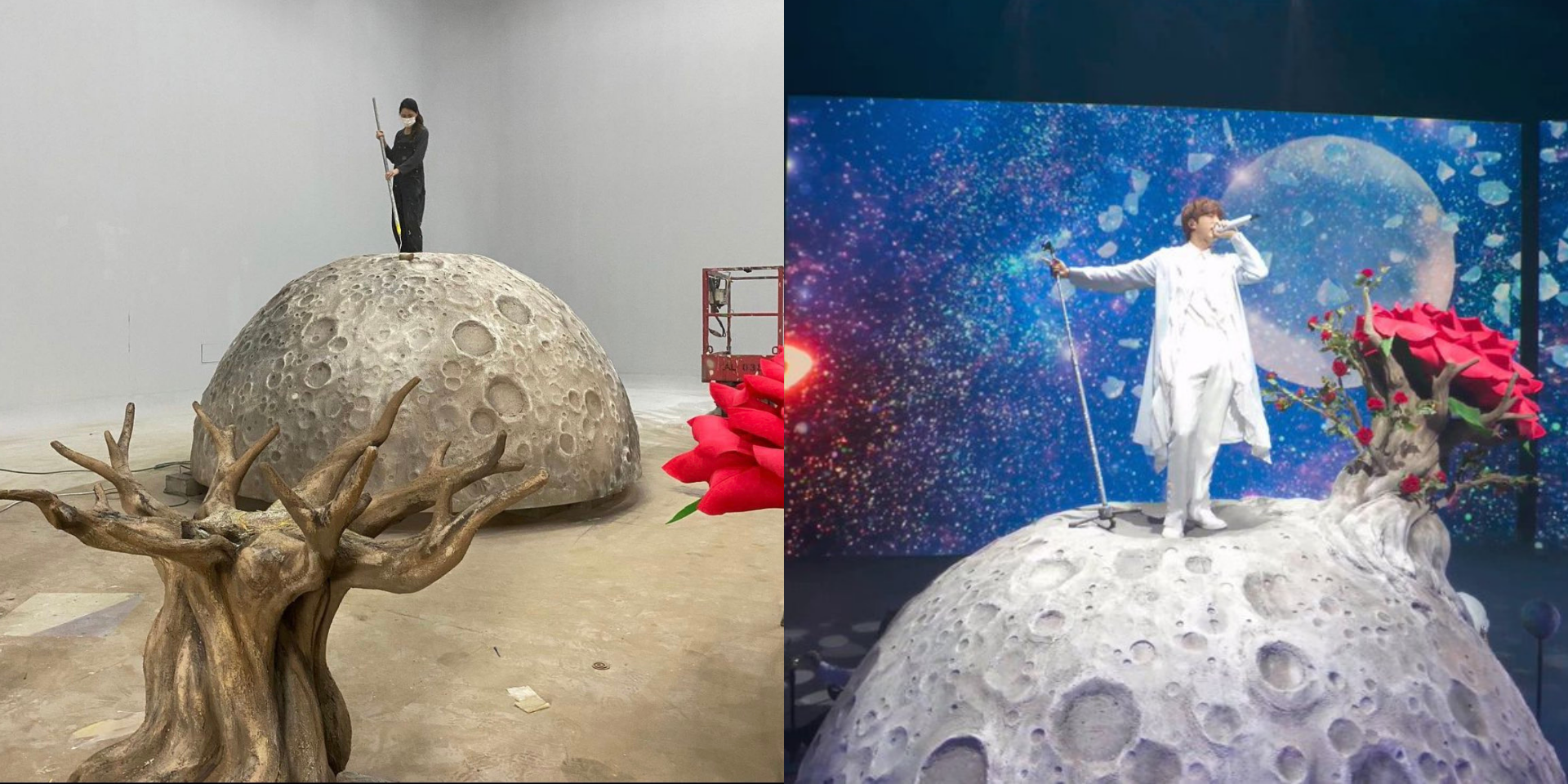 South Korean visual artist Oh Ye Seul is one of the hidden gems in the world of K-Pop.

Ye Seul might not have her name in flashing lights, but her touch is everywhere—from the sets of the most-watched K-Pop music videos to the backgrounds and props of your favourite online concerts. She plays with colour to create vibrant murals and breathtaking sets for the likes of BTS, BLACKPINK, ITZY, G-Dragon, and TWICE, amping up the wow factor of every performance from behind the scenes. 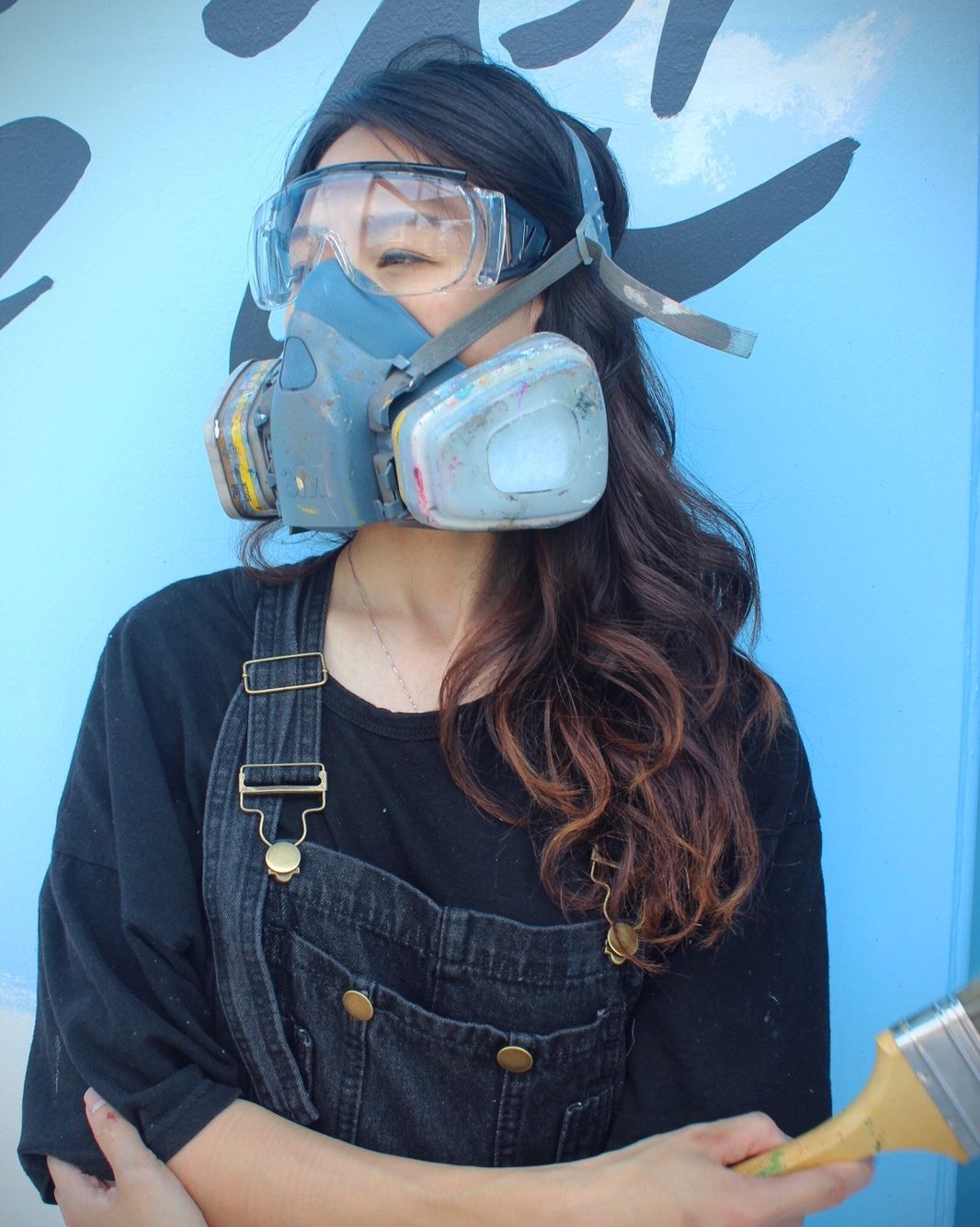 "It takes a lot of concentration," Ye Seul, who constantly replenishes the art library in her head by constantly sharpening her skills and picking up new ones, tells Bandwagon. "It would be hard if you didn't like the job."

Bandwagon caught up with Oh Ye Seul to talk about what it's like working in the K-Pop world, her favourite works, and what it takes to hold such a demanding job in an evolving industry.

Tell us about how you got started as a visual artist.

Hello, I’m Oh Ye Seul. I work in South Korea as an artist for murals, graffiti, stage art, etc. I studied western painting and first started with a part-time job for creating murals when I was a university student.

Once, I went to an interior construction site and they requested to express myself with the broken bricks, so I went there to draw broken bricks but then they gave me a hammer to actually break down the wall. That was when I realized that I was limiting my way of self-expression. From there, I started studying synthetic art by learning various skills like carpentry, sculpture, plastering, etc. 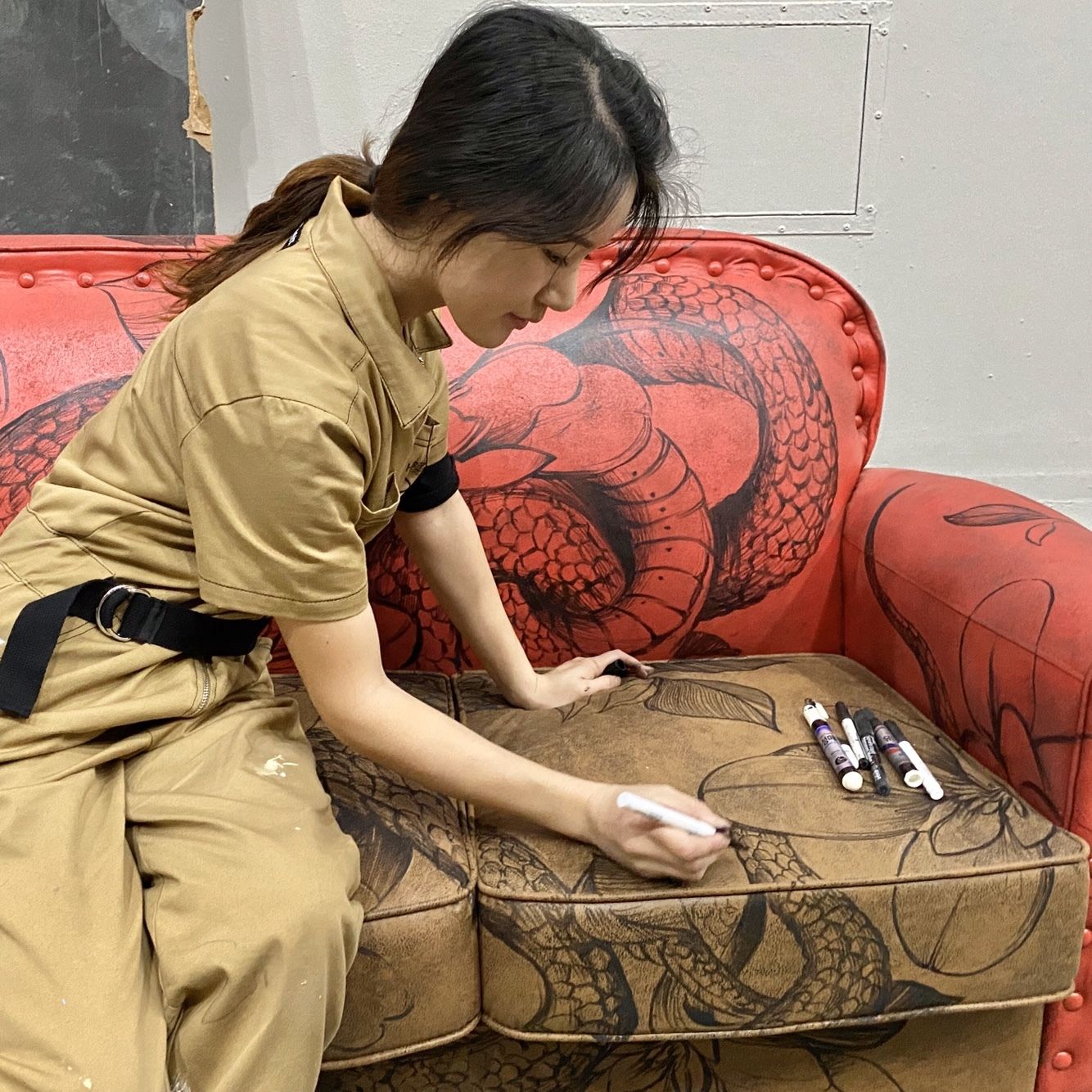 How did you get started working with the K-pop industry?

As I graduated from art middle school, art high school, and art college, I was able to do more diverse projects. In order to earn money, I did art-related part-time jobs, and I got the chance to work for a music video shooting studio. The stage set director recognized my talent and gave me a full-time job. I worked really hard and that helped make the relationship continue.


Music videos and advertising art have great power since the public can watch and see my work. If my activities can contribute even a little to bring joy to the public, I would like to dive into as many visual art genres as I could.

In what ways do you level up your art skills to stay sharp?

Through SNS (social network) and internet searches, I save new ideas for possible projects in order for me to connect with my work. These days, I also go to academies to learn new skills.

As I pick up more skills, I feel less limited in doing my work. I think everyone working on art would relate that trying new things and making it a common practice makes the work easier. A few other important things is to be strong physically and of course, responsible.

Due to the urgency of the site, night shifts are essential before shooting. As it takes lots of concentration, it would be hard if one doesn’t really like the job.

How do you get started on a project? What inspires you?

I’m very meticulous about the use of colours. Colour is a visually and psychologically very important factor in setting the overall mood.

I suggest colours that fit the singers or the actors, but the process of making the colour scheme is the most time-consuming work because the mood changes depending on your palette. Of course, 95% of the sets I’ve made are close to blurry backgrounds that their original colours don’t stand out, but they actually help the actors get immersed in the space of the character they play. 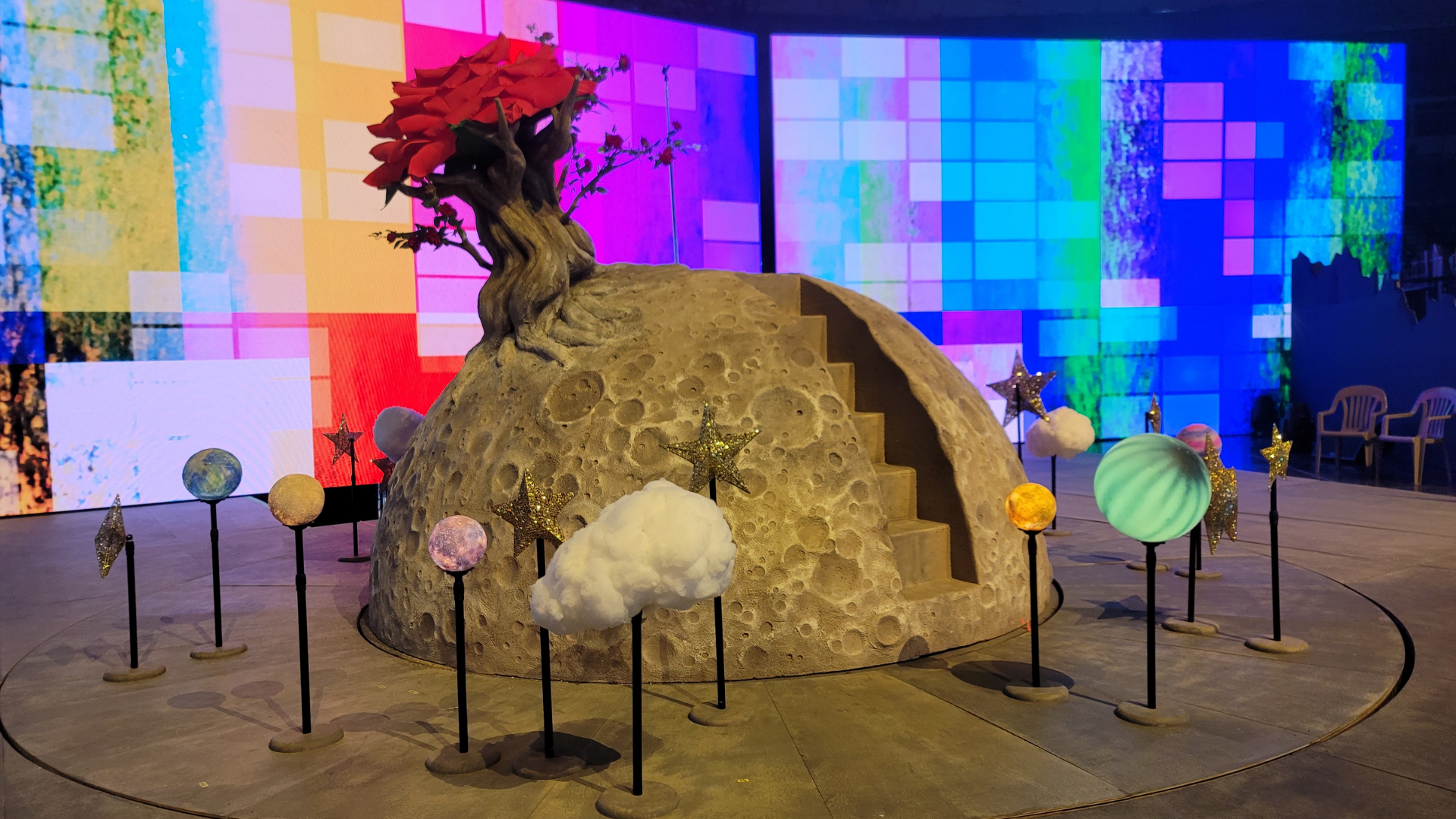 How do you conceptualize the sets of these music videos and online concerts? Do you have a whole team you work with?

Usually, it is mostly done as it is requested. The director sets the big frame first, then the people in charge of each part meet, and then the drawings of the sets are completed.

We consider which props to put, how to use the light, and consider every direction, then decide how much artistic elements to put. I handle one of the parts and participate. Because sets can never be done alone, we coordinate with experts in different fields depending on the set composition.

How much creative freedom are you given in creating these sets?

It depends, but for a music video, it has a fixed concept and story. When it comes to storyboard-based space composition, the studios that produce the sets first decide after they discuss time and budget with various stakeholders if it can be built in time.

Detailed elements about the set space can be freely suggested, but I don’t hold the right to decide. After getting the approval for each element—like colour and texture for a wall, within that outline—I'm free to use whatever materials I want. 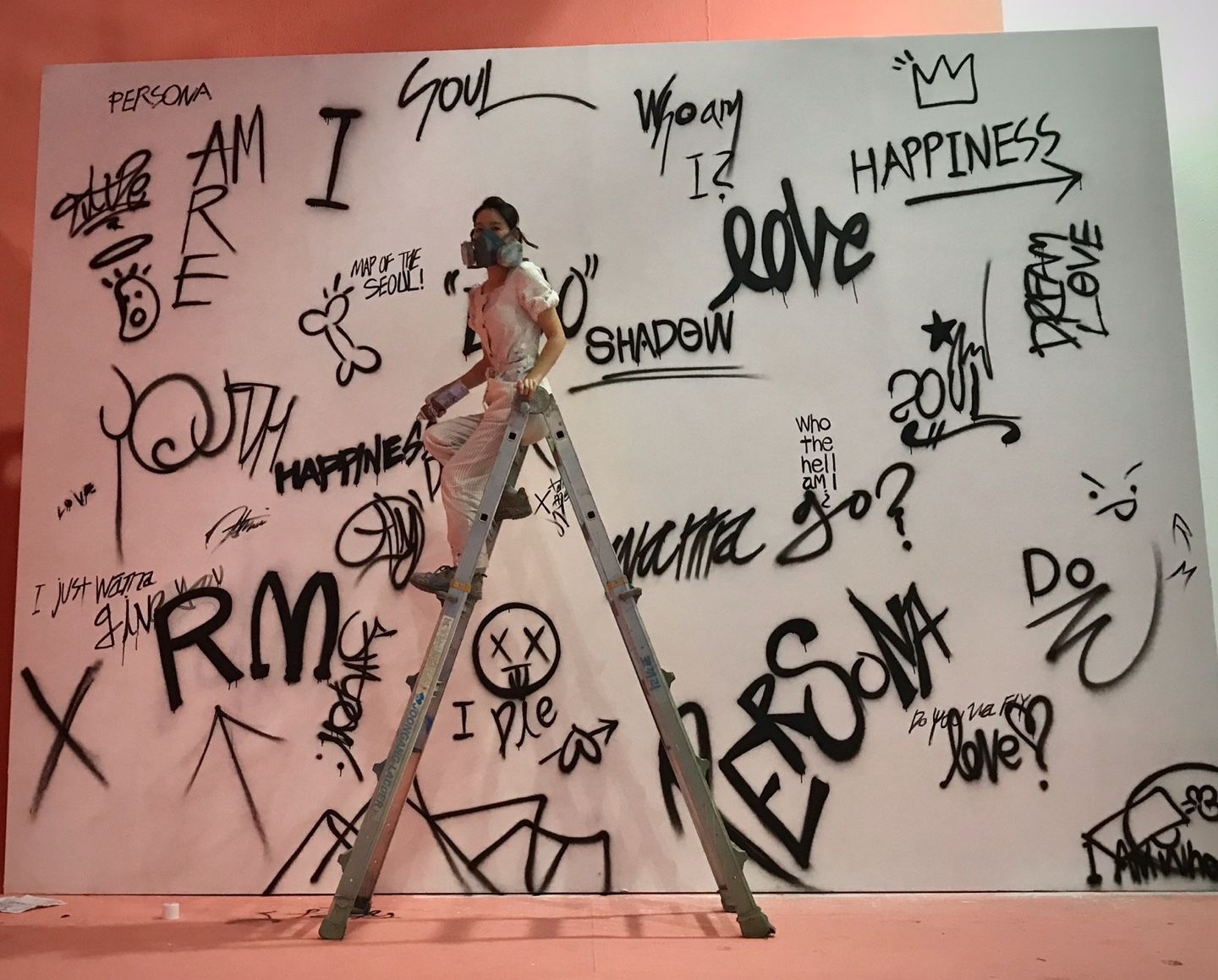 Like for the moon sculpture from the BTS online concert, if their request is simply to “make it real and nice,” I have the freedom to figure out how to express it, but the concept of the moon and space is decided by the company.

What are the biggest challenges you face working in this industry?

I feel pressured to do well because people from the opposite side of the Earth can see my work. What’s harder is that sometimes—depending on the producer—the ownership of the work goes to the producer. Because of that, I can't let the world know that I did the work. It's emotionally frustrating and I feel it's unfair that I can’t take a picture, even if I designed it. 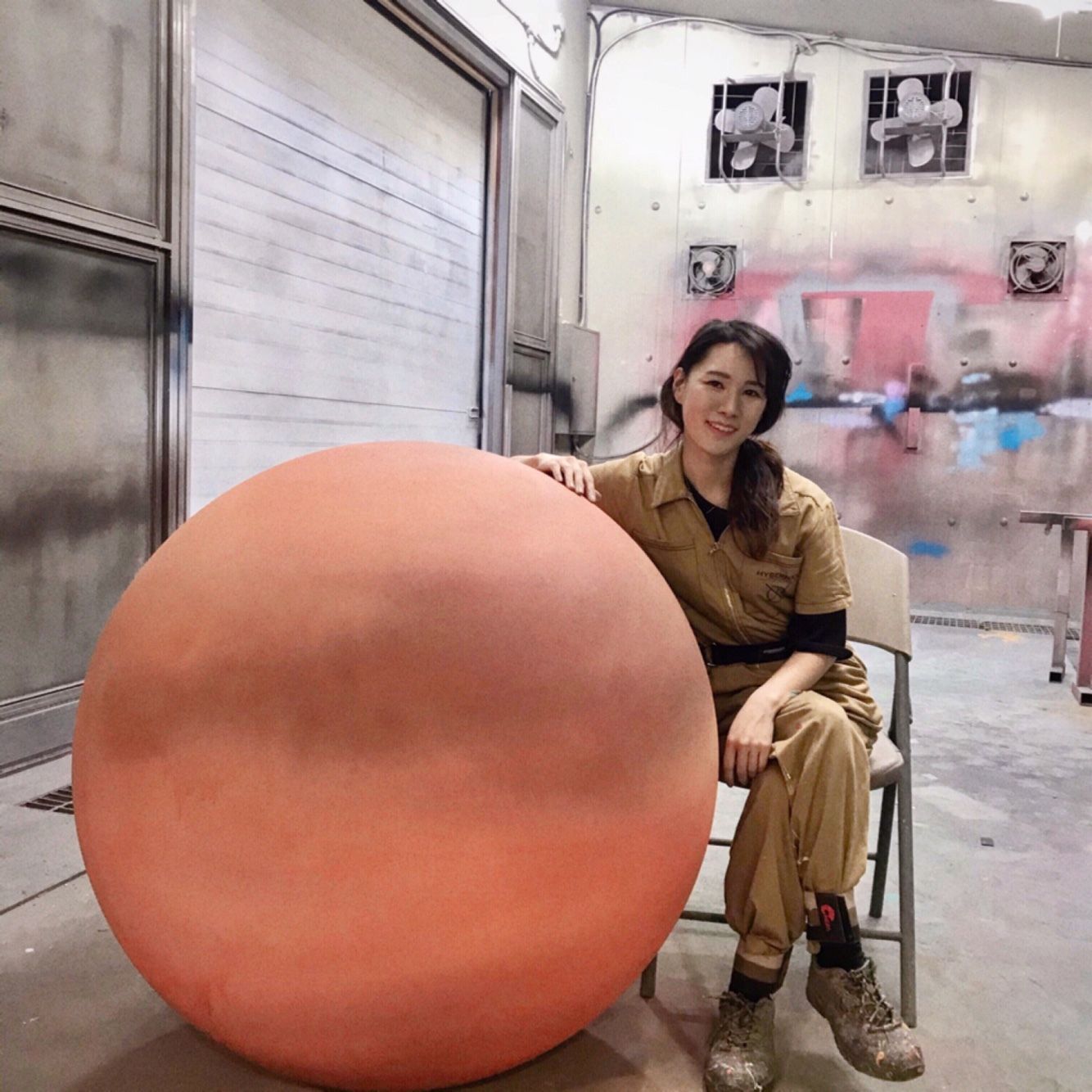 What is it like working with all these idols?

When I first started this line of work, the fact that I can talk with the idols anytime and eat together with them amazed me. So I took pictures with them whenever I had the chance, but I didn’t know the implicit rule in the set then.

Now, maybe because I'm older, I don’t get those feelings when I see them. I just want them to shoot well on the set that I made.

What have been your most favourite projects and why?

The most memorable one is my work for BLACKPINK's music video, ‘DDU-DU DDU-DU’. With the shooting date fixed, I was requested to paint a mural of Jisoo, but I was on a business trip abroad for a mural project in Vietnam with local artists. 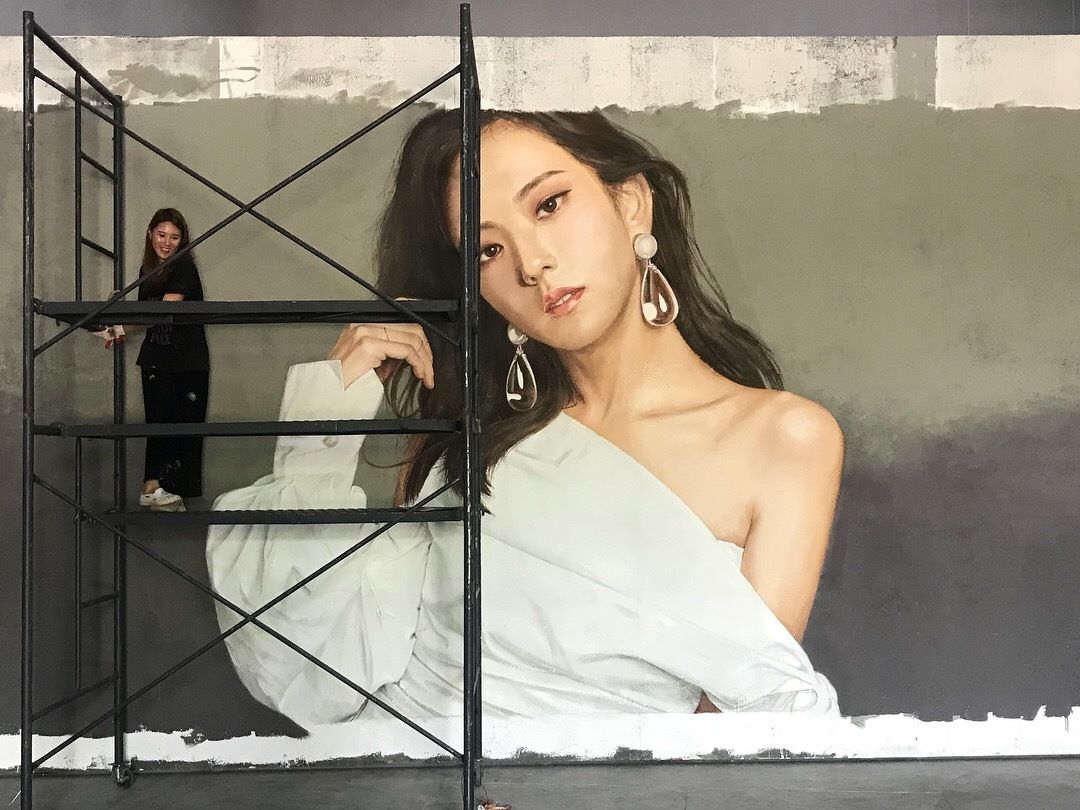 When I heard that they would replace my mural [of Jisoo] with a banner if I couldn't do it, I felt this great sense of duty. Three days before the ‘DDU-DU DDU-DU’ shoot, I rushed to the studio as soon as I arrived in Korea. When I got there, they'd already prepared a banner just in case. 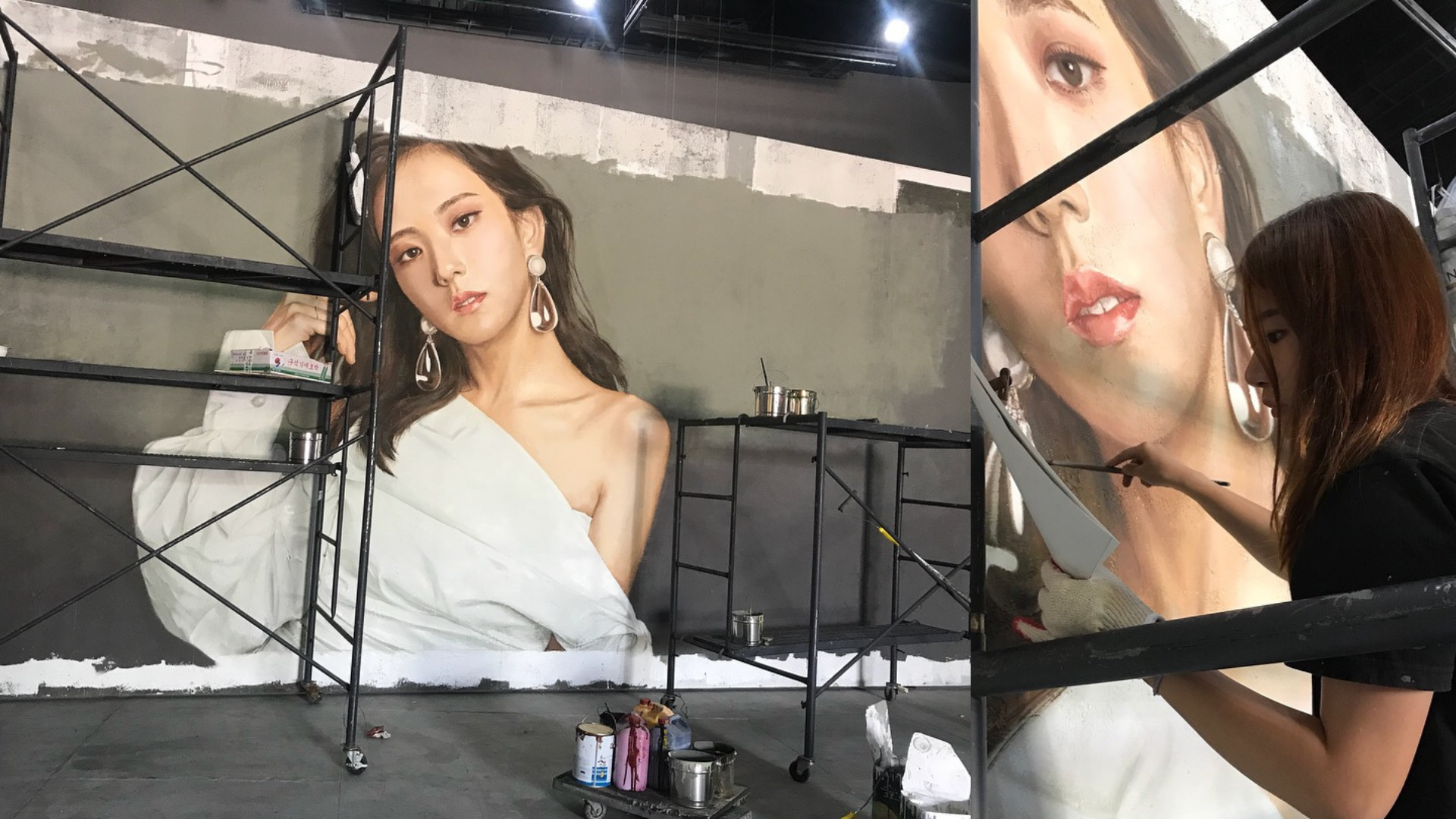 Fortunately, I finished my mural safely. Painting a complex portrait for a music video isn't exactly "normal." I'm deeply thankful they still decided to work with me. It was a very memorable mural to me. And I’m proud of the number of views that the music video continues to get.

What kind of music do you listen to?

Before I started this line of work, I usually listened to EDM or pop. But I listen to K-Pop a lot nowadays. I listen to the music of the singers I work with at least once. My playlist is filled with K-Pop. 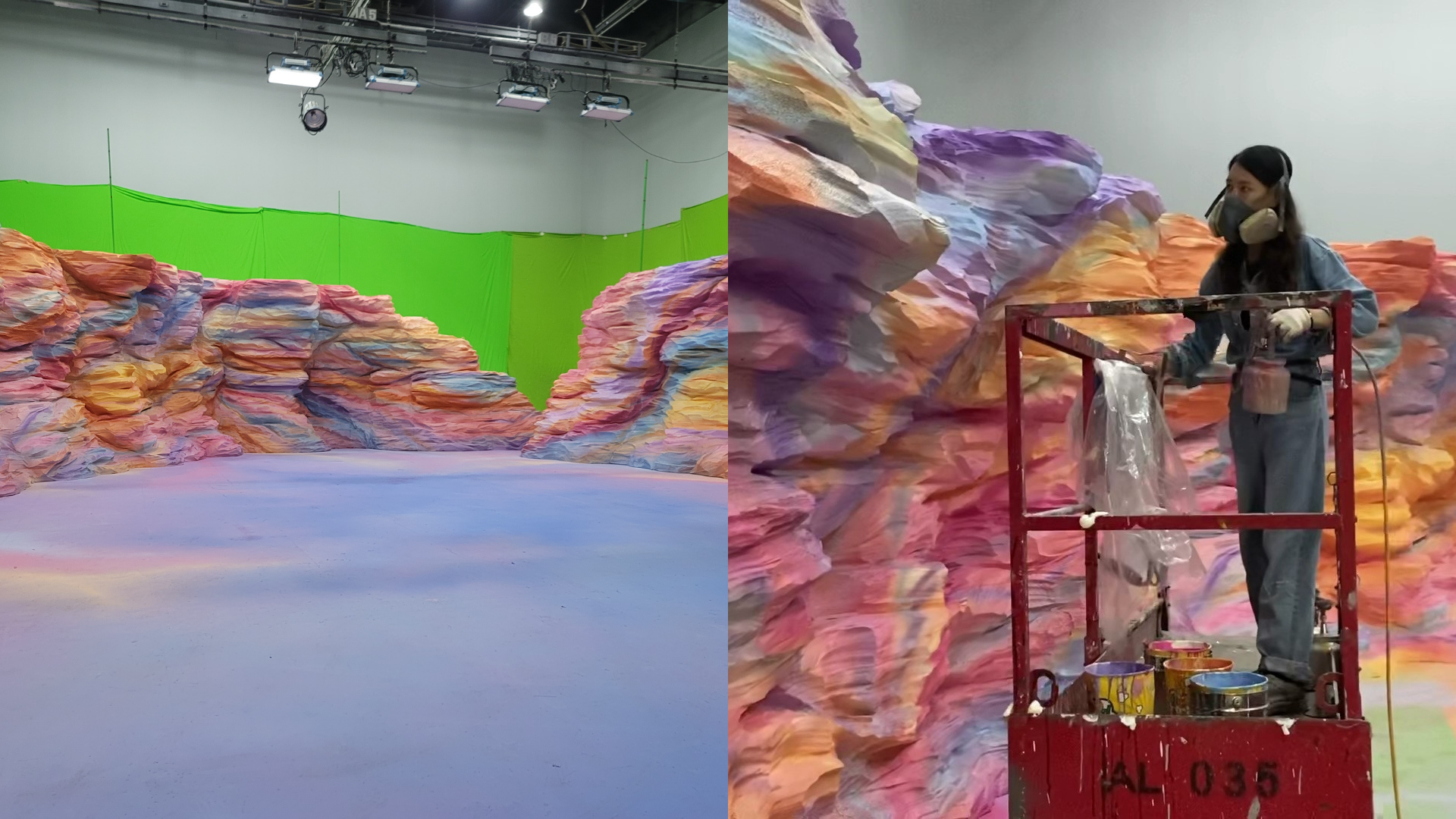 Do you have any advice for aspiring artists who want to work in production as set designers, artists, etc.?

I hope they don’t think that it is something big just because you get introduced to celebrities and the mass media. I think they have to face and experience first whatever direction they want to take.

Young people nowadays try, but I don’t think there are a lot of young people who push through with it because it isn't as glamorous or easy as it seems when they're actually doing it. Even if you didn't major in Fine Arts, if you have an aesthetic sense and the will to do it, start whatever you can. Then you will have helpers that will guide you. I’m rooting for you.

Check out some of her work here: