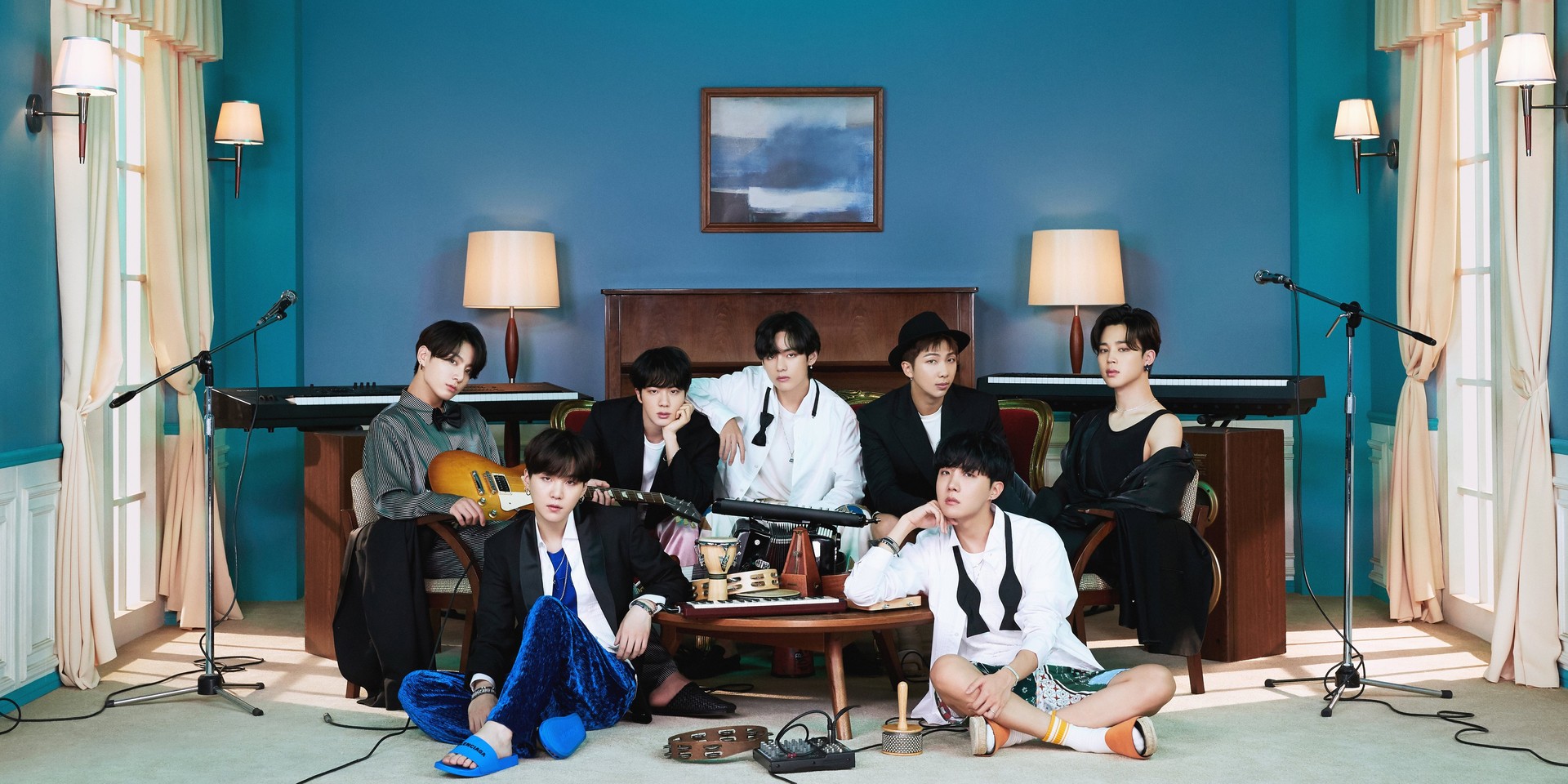 It’s raining, sunny, cold, or any other weather condition wherever you are. But one thing stays true and is unsettling: the world we live in right now. Every semblance of normalcy is a luxury and, even at the end of this year, we’re deep in our own thoughts and losing hope. We go back to our favourite songs to recreate familiar feelings. That’s what BTS’ BE unfolds to be: the safety blanket we’ve longed for this whole time. 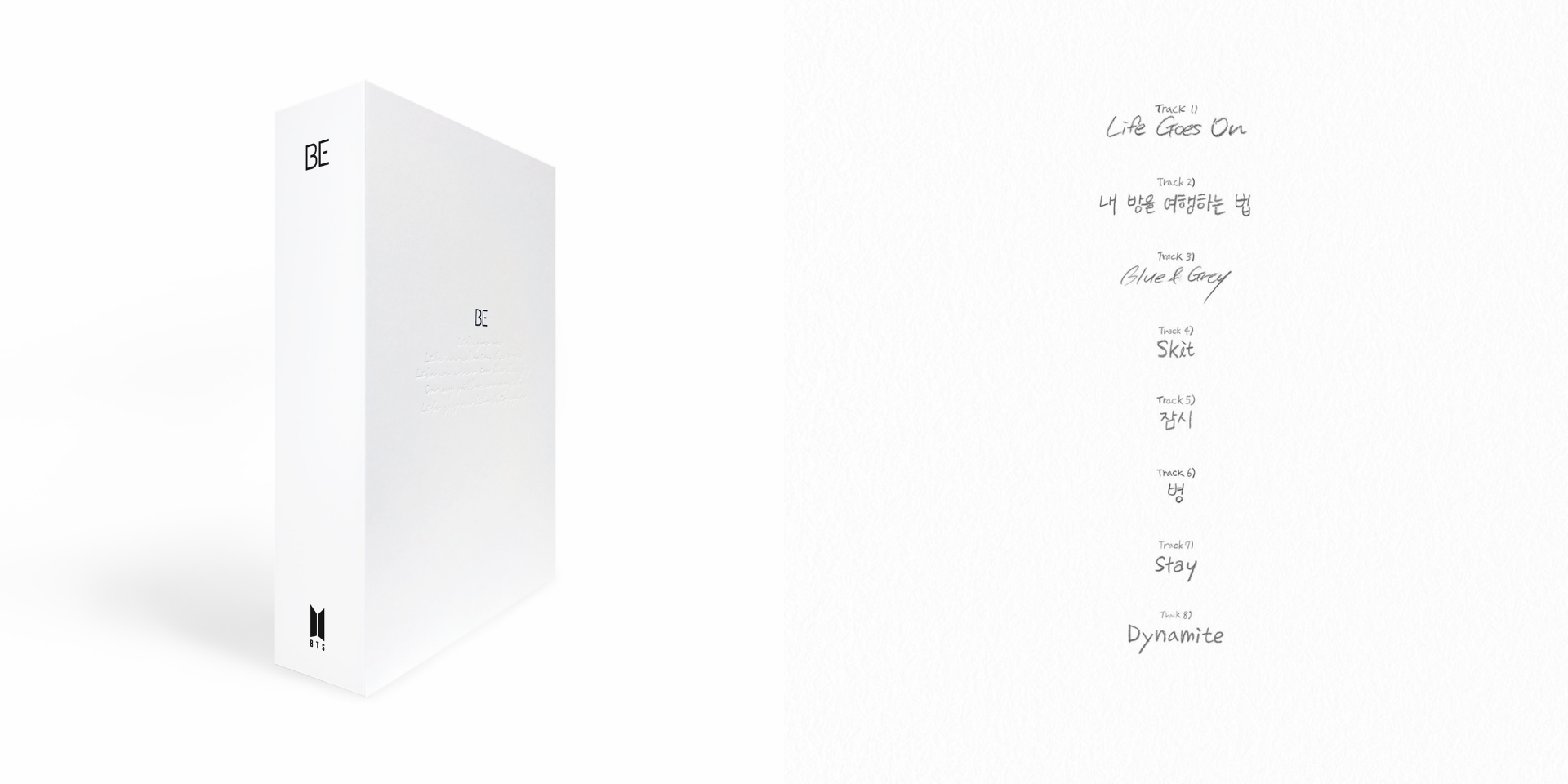 There’s nothing fancy about this album: it has 8 tracks, an audio clip of Korean men being proud of their place on the Billboard Hot 100, and monochrome packaging. The simplicity and vulnerability that builds this album are what make it charming. BTS walks in our cluttered headspace in their most human form: talking about their lives, giving advice, and sharing their own struggles. There are no silk robes, Greek gods, chains, or props. They present themselves as the people we need during these difficult times. And proudly holding a Grammy nomination that is a thrilling milestone for the Asian, especially Korean, music industry.

The album starts with a slow-paced, light-hearted tune that you could summarize from its title alone. 'Life Goes On' is comforting and grounded. It begins with vivid imagery of how the world drastically changed at the start of this pandemic. The track is seemingly reminiscent of SUGA’s intro for The Most Beautiful Moment In Life Pt. 1 where he uses basketball as a metaphor for forces in everyday life. This time, all 7 of them are gathered, talking about the new normality we’re facing.

We've had our fair share of wishful thinking for their sub-units, and 'Fly To My Room' lived the fantasy we've been dreaming of. Produced by Australian duo Cosmo's Midnight, and performed by SUGA, J- Hope, V, and Jimin, it collectively served as a reassuring piece. The track dwelled on the challenges of staying at home while thinking of the possibilities and experiences we could've had outside – a world tour, fan meeting event, or overseas trip. It reminds us of all those times when we wish for a normal day and wake up to the same scene as yesterday.

Then, the flow weighs heavily during 'Blue & Grey,' bracing us for a downpour of their thoughts and emotions. Jin sets the mood when he sings, “I just want to be happier”. The track describes the corner of our minds where sadness looms and shadows occupy the gaps.

But the mood doesn’t stay there – the following track is 'Skit,' a nod to BTS’ early albums where they featured audio clips of the boys in conversations. Whether we could pick up familiar words or listen to this clip for background noise, we listen to it because it’s a sound we’ve been acquainted with. It’s the environment at busy restaurants, crowded streets, and celebrations with our loved ones.

They talk about their achievements, laughing at how unbelievable it is to make it on Billboard (while SUGA recorded a track before for AGUST D where he’s starting to claim their spot on Billboard). The conversation ends with them discussing 'No More Dream,' and it feels like home for them to casually talk about their past, present, and future. They’re contented and, even without understanding a single word, you could tell from the tone of their voices.

BTS' BE: A track-by-track guide

The latter half of the album sets anyone back to old-school parties. While 'Telepathy' gives us that signature BTS sound, 'Dis-ease' leads us to the Dark & Wild era – refined to a modern taste, mixing that distinct '90s sound that makes the verses crisp and fuelled by attitude and flair.

While RM, Jin, and Jungkook's 'Stay' retraces early EDM tracks, it surrounds us with mental images of underground clubs, hole-in-the-wall bars, and neon lights. Even when some of us aren’t big fans of raves, we can’t help but dance to this. It sounds similar to the music that BTS puts closely to the end of their shows.

At the end of the album, we immerse ourselves in the '90s daydream that is 'Dynamite'. Known as the anthem of summer this year, it continues to extend its warmth, colour, and light to gloomy days through all seasons. BE closes on a good note and an open door that invites us to bask in all its glory.

Making Waves, Building Bridges, and Responding to the Echoes of the World

Over the years, eras, and numerous comebacks, BTS has consistently included meaningful concepts. The Most Beautiful Moment In Life featured a youth concept, highlighting the pains of growing up and finding joy in mundane activities, friendship, and the sunrise above the horizon.

You Never Walk Alone included 'Spring Day' which was a letter to the loved ones and affected communities of the Sewol Ferry tragedy. It was released 3 years after the MV Sewol sank and during springtime when the Korean government lifted the ship. BTS shared their support for the people who continue to fight for justice and truth. They produced a music video packed with references and one of which is a literary piece that depicted a city that sources their joy from another person’s misery.

Love Yourself was produced during the rise of BTS’ influence worldwide. People from around the world were beginning to pay closer attention. The members were fully aware to an extent that their concept was about self-love, acceptance, and growth. Turning the message into a call to action, RM delivered a meaningful speech at the UN General Assembly that focused on their anti-violence campaign.

While many artists have planned releases for this year, BE stands out with its depth. The album was produced as a channel for BTS to share their insight and feelings on the world during the COVID-19 pandemic. It reflects sadness, encouragement, and a piece of them that resonates with us. The setting of this album is not a museum or surreal environment – it is wherever we are at the moment. It is accepting that loneliness exists; that what used to be done on a regular basis is now a luxury. But it also acknowledges the steps you’ve made to cope. 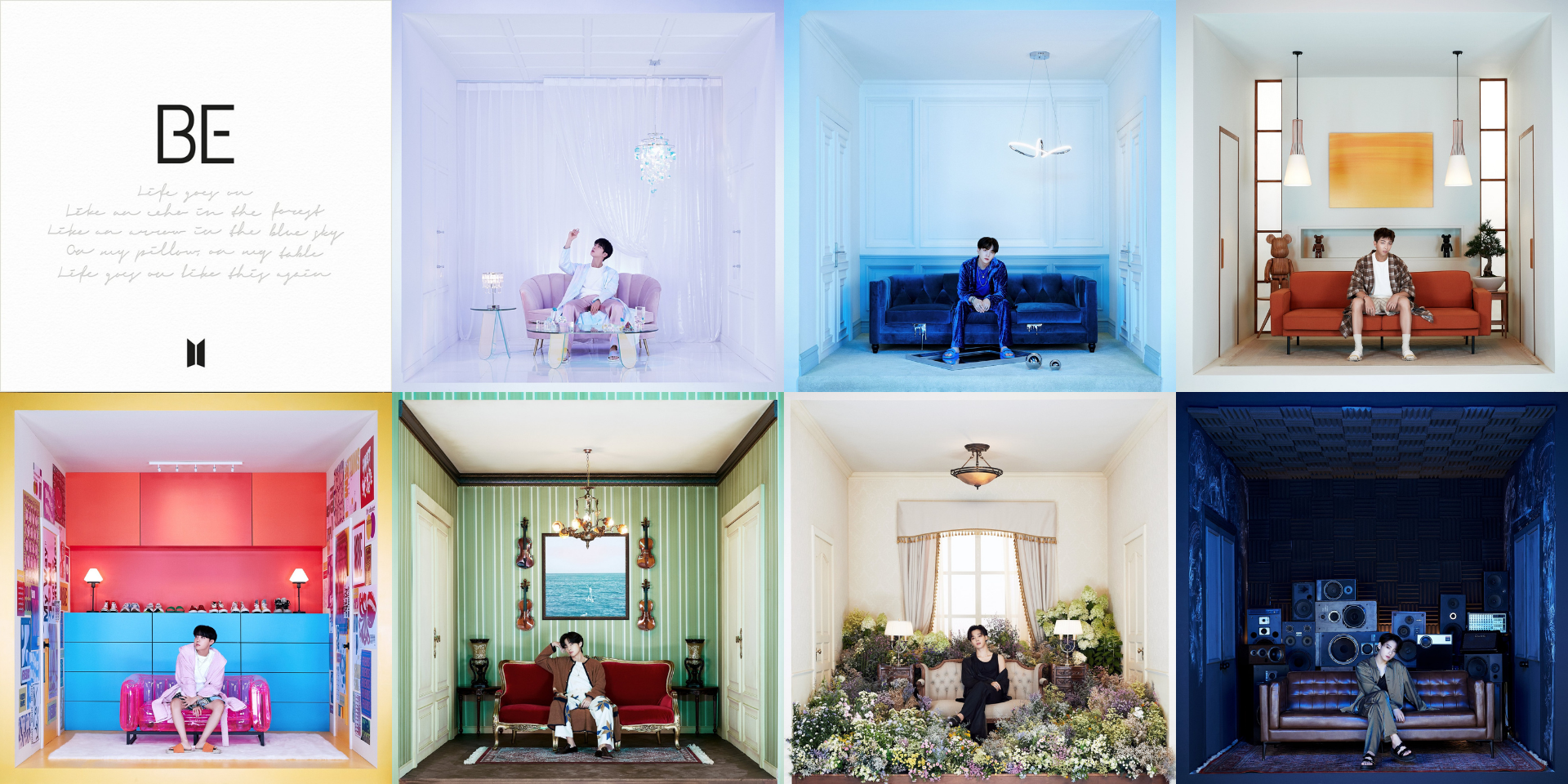 This is why I find it apt that the boys chose to take portraits of them in spaces that seemed close to home. Their concept photos are straightforward, expounding their perception of themselves and their aspirations. It coincidentally reminds me of a social media challenge where people put photos of themselves from 2001 parallel to a photo of them in 2019. It allows us to reflect on who we are, where we’re going to, and how we’ve actually been.

BE is a standalone piece that doesn’t require any flair, theories, or follow-up releases. Like a friend, it brings comfort in the simplest ways: through music and encouraging words. At first, I thought this may have been easier to pull off because it's posting about how you feel during this year. But this is more complex than their previous releases because it is more personal. It connects with every person who has endured the challenges of this new world we live in.

While you’re listening to this album for the first time or having it on loop, I hope you find a piece of you that continues to shine. BTS moved forward to a new chapter while being proud of their beginnings. May these concepts inspire us to reconcile with what’s been holding us back, so we can navigate the next years of our lives. Without hesitation and with a greater appreciation of ourselves.

BE (Essential Edition) will be available for pre-orders starting 25 January at 11 AM KST and is slated for release on 19 February at 2 PM KST.