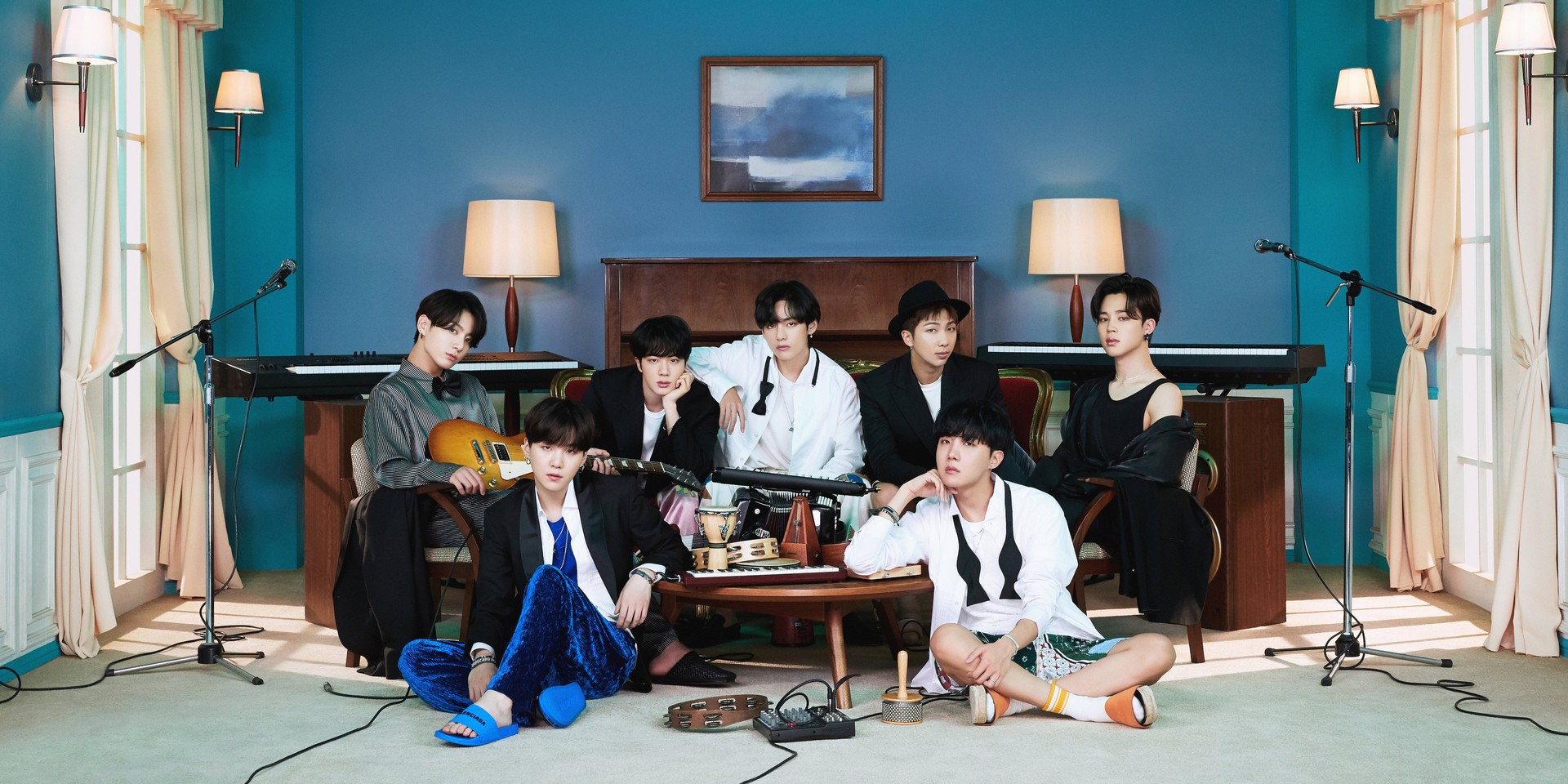 Described to be the global supergroup's most personal album yet, the eight-track record has been officially released today (20/11).

BE, the new BTS album, is out now, here's everything you need to know

All the members had a hand in the production of the album – from creative direction and album design, to production coordination, the group decided on every single detail that went into BE. In true BTS fashion, the members also participated in the songwriting, with at least one song credited to each member.

In a press release, Big Hit Entertainment shared more details about the overarching concept of BE, where they expressed their "mixed feelings" about the COVID-19 pandemic and its impact on their world.

The album contains the band’s emotions and ruminations they had throughout this year, and the story of “us” continuing the existential journey. That is also the reasoning behind the album’s title, BE, that stands for “to be” or “existence” and does not abide by any form.

In a global press conference held before the release, the Bangtan Boys gave a track-by-track rundown of the album. Jin shared that the entire album-making process "healed them", and hopes that when ARMYs listen to the record, they will also take away with them consolation, comfort, and healing.

The album drop coincides with the release of title track 'Life Goes On,' which is accompanied by the official music video co-directed by youngest member, Jungkook. Dubbed the "golden maknae", this is his first official music video credit as director, having dabbled in short film projects via Golden Closet Film.

Jungkook shared more about his directing experience in the conference, "I tried to do my best, what I wanted to emphasise was the reality and sincerity and authenticity. That was the basis of my discussion with staff, camera directors. I tried to reflect [member's] opinions in the video as much as possible".

The title track is also produced by their longtime collaborator, PDogg, who has co-written well-loved BTS hits such as 'FAKE LOVE', 'Mic Drop', 'DNA' and more.

According to a press release from Big Hit, the lyrics from 'Life Goes On' "echoes a comforting message that in the face of unexpected turns and abrupt disruption", is "delivered through BTS' emotional voice".

Leader of the group, RM, also explained that it is "our way of providing healing and consolation that life continues to go on, it is a simple message but it is also a profound truth."

'내 방을 여행하는 법 (Fly To My Room)' is co-written and performed by the subunit of Jimin, SUGA, J-Hope, and V. Touching on the subject of boredom while in a pandemic, Jimin elaborated that "it's about this situation where we can't travel or go around freely and how the idea of travelling will change in the future. But this song is not a sad song or a melancholic song, it's a fun song."

Australian electronic music duo Cosmo's Midnight, who helped produce the track, shared how honoured they were to have worked with the global superstars.

Can’t believe this even happened but .. Such an honour to work with @bts_bighit on 'Fly To My Room'! Congrats on #BTS_BE 💜💜 pic.twitter.com/cgSLy83zp7

In an interview with WSJ. Magazine, V shared that Big Hit honcho Bang Si-Hyuk asked him to tone it down for the next track: 'Blue & Grey,' a "guitar-filled pop ballad".

RM, SUGA, and J-Hope, along with V, co-wrote the acoustic pop track that showcases sadness and depression by expressing it in blue and grey, which is the motivation behind the lyrics. V reassured fans that "the song may be a bit darker but the guitar sound is very soft."

Ji Soo Park, who also goes by NIve, co-wrote and produced 'Blue & Grey'. The singer-songwriter and producer, who has worked with likes of NCT and EXO's CHEN, shared his gratitude for being a part of the track. "I wish this song consolates you," he adds.

I'm very thankful to have written and produced "Blue & Grey" with V for Bts' new album "BE". I wish this song consolates you. Thank you guys all! 🙏🙏 pic.twitter.com/tiBSKY0sls

In the latest episode of NIve's vlog, In the Lab, he talked about how and he and V came up with the song's theme and title. He also shared a touching story of V and another producer friend pouring "blood, sweat, and tears" to assemble a gaming chair, which V then left in his studio as a present.

'Skit' is a "vivid record" of the group's conversations when they first topped the Billboard Hot 100 charts earlier this year, RM elaborated, "For this skit, we turned on the mic and we put in our emotions, our reaction when we heard we hit No. 1 on the Hot 100 Billboard chart... live, unedited."

Jungkook also chimed in, "You have to listen to the skit, we were all really excited and nervous, I think this track is really meaningful."

'잠시 (Telepathy),' co-written by SUGA, RM, and Jungkook, is described to be a retro and fun song "filled with funky rhythm" that you can dance to. As SUGA is resting from his shoulder injury and is taking a short break to heal, Jin said on his behalf that he wanted to "melt down the feeling of not being able to meet with fans into the lyrics of Telepathy".

Old school, hip-hop track '병 (Dis-ease)' takes the listener through the quarantine period of the pandemic. J-hope elaborated that it was a time where almost everyone had a chance to take a break, albeit a break that was "tinged with uncertainty and it was uncomfortable". Jimin, SUGA, J-Hope, and RM share songwriting credits for this cut.

Ivan Jackson, 1/2 of Brooklyn-based hip-hop duo Brasstracks shared how he enjoyed co-producing 'Dis-ease' with BTS and their team, and "would absolutely love to work on another one together in the future".

Would also like to add, GHSTLOOP and Pdogg took this record to a different place. When I got it back in my email, LOVED the big changes to arrangement, the new additions. Would absolutely love to work on another one together in the future.

RM, Jin, and Jungkook perform 'Stay' as a unit, with Jungkook describing the song as "fun but very emotional". Jungkook also shared how it tells fans that "we are far apart physically but we always stay together, that's the message we wanted to put into this song".

Up-and-coming EDM producer Arston from Belarus shared how it was a "dream come true" to have been a part of "such a special project."

I’m super thankful to @bts_bighit and @BigHitEnt for the chance to produce 'Stay' from the new album ‘BE’! Being a part of such a special project is a dream come true! 🙏❤️#BTS_BE #BTSARMY #junkook #RM #JIN pic.twitter.com/GyApnbPpag

'Dynamite,' the group's first-ever Billboard Hot 100 hit and English single wraps up the album. RM explained that they put a lot of thought into deciding whether Dynamite should be included, but ultimately, they went with it as they wanted "to have a positive and hopeful conclusion to this album through Dynamite... a finale with fireworks, [like] marking the end of a concert".

BTS held the BE Comeback Countdown Show on BANGTAN TV thirty minutes before the album release to celebrate with their beloved ARMYs.