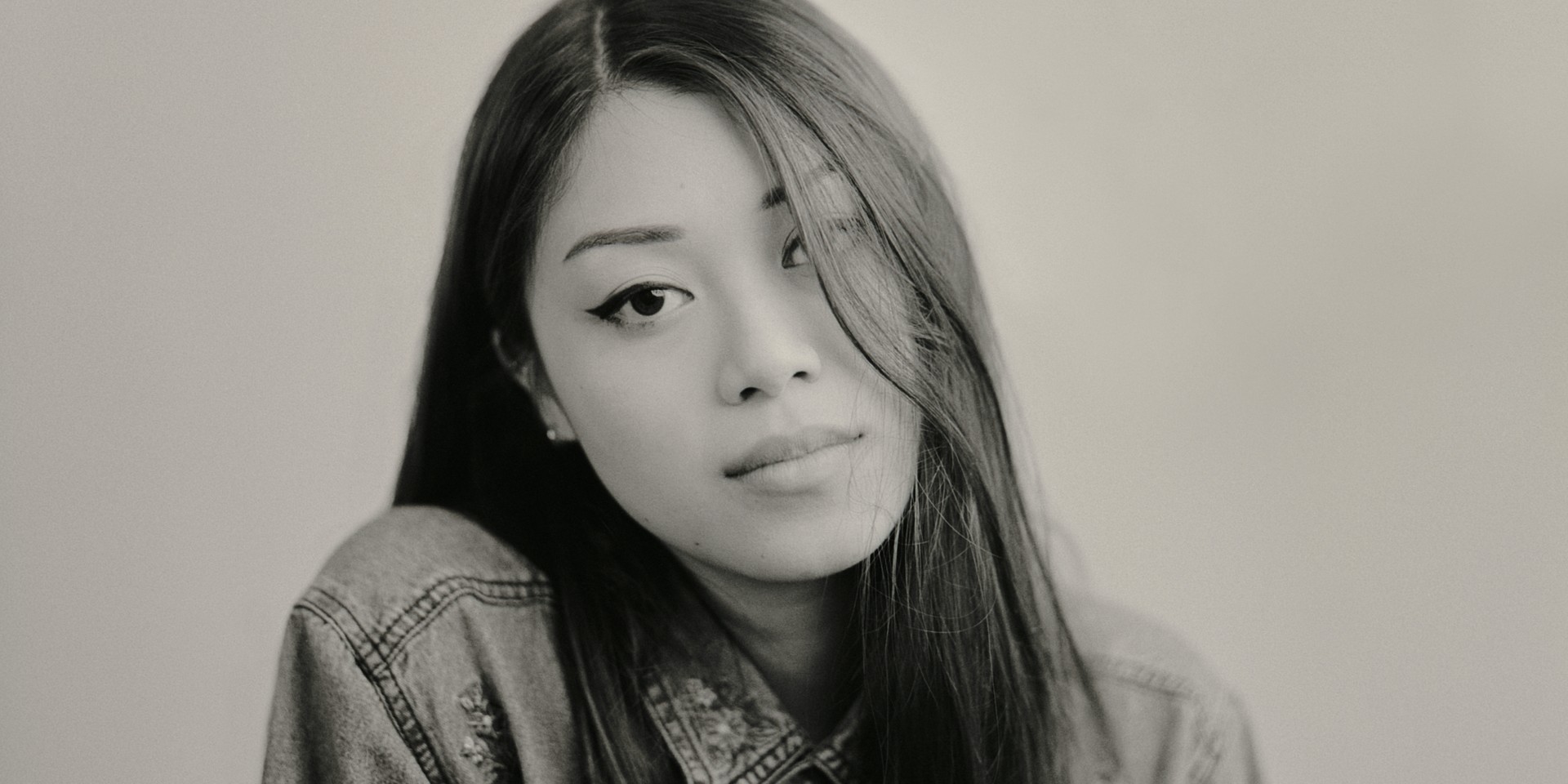 Writing stories that cut deep and singing melodies that captivate anyone passing by, cehryl is an all-round creative with a knack for creating music that soothes the soul.

Documenting life's fleeting moments through her songs, the 24-year-old leaves traces of all the places she's been in her music. Cheryl, artistically known as cehryl, was born and raised in Hong Kong, before moving to study in Boston, and moving out to Los Angeles. Now, she's back in Hong Kong, working on her latest record set for release next year.

Describing herself as a songwriter, producer, and singer - in that order, cehryl is an independent artist in every sense of the word. Whether it's recording a single or producing a whole album, she makes and cares for each and every record entirely by herself.

In June 2019, she released debut album Slow Motion, which she independently wrote, produced, and perform. The album narrates cehryl's time in LA and stories that came along with it.

"Slow Motion was released in June 2019, which feels like a lifetime ago. Most of my music is autobiographical or reflections of my life, so that album is just about my time in LA. It was just about friendships and relationships, homesickness, being 23, being depressed and having someone really close to you struggle with depression, and time passing," cehryl tells Bandwagon.

Most recently, she released 'angels (emily)', a dreamy pop track driven by a heartfelt acoustic guitar that talks about reaching out for something that you desperately want.

Bandwagon caught up with the indie star to talk about how she discovered her love for music, her evolution as an artist, and what else she has in store.

Hi cehryl, introduce yourself to us!

Heyo! I'm Cheryl, I was born and raised in Hong Kong, went to college in Boston then moved out to LA for a couple of years before recently relocating back to Hong Kong. I consider myself a songwriter, producer, singer, in that order.

My artist name really was just my Instagram handle from 2009 that I stuck with because I liked how it was succinct and simple and recognizable and still true to my actual name. I like its element of suspension of disbelief like I don’t have to separate my artist self and my real-life self.

Tell us about your beginnings in music. How did your interest in music start and what pushed you to pursue it?

I don’t come from a family of musicians or music-lovers but always weaned on music growing up. I took classical piano lessons when I was young because I'm Asian, you already know, but I’m a lazy person so I never practised. When I failed my grade 5 piano exam I ugly-cried in my dry bathtub for an hour straight but I think I knew, then, that music is what I wanted to live for.

I was really depressed at the end of high school and my depression confirmed that music was what I really only cared about, so I went on to apply to universities for music. I didn’t think I was going to pursue an art career because I'm a shy person. I intended to just be a film composer or songwriter. Becoming a singer actually happened by accident.

I’d describe my music as nostalgic and melancholy, mostly. I’m grateful for being the soundtrack to anyone’s life at any given moment. I’m happy if my music makes someone feel anything at all, other than disgust, I guess?

Who are some artists you listened to growing up and how do you think they have influenced your music?

Growing up I actually listened to a lot of Taiwanese pop. I will always be a fan of Jay Chou, whose music was always before his time. His production was always really creative and was influenced by music globally, from American R&B to Bossa. I also really respect how he confidently and tastefully puts traditional Chinese/Taiwanese musical elements in his songs. His music was really Pop and accessible but at the same time really experimental and weird. I think melodic writing is something you can work hard and improve on but mostly it’s talent. I was really inspired by him growing up.

Since 2016, you’ve released a couple of singles and two eps. Since your first releases to your latest album, how do you think you’ve evolved as an artist?

Musically, I don’t think my process is that different; I just sit down in front of a computer with a guitar or keyboard and work tunnel vision. What I’m listening to always changes, and whatever I’m into usually reflects in the song I’m writing.

Stylistically, I think I've been more drawn to the idea of contrast in a song, and I’ve been more aware of my vocal delivery. My musical goals are always going to change, but I’ve been trying to work on singing with more intention and conviction.

Your song ‘Side Effects’ is one of your most-streamed songs on Spotify, amassing over a million streams. Could you tell us about the track and why you think it resonated with people?

'Side Effects' is catchy. The lyrics are simple and sweet, it’s just about falling in love.

I don’t think I’m that fond of songs that writing songs about falling in love. They always feel one-dimensional to me, like they lack arc. I’m proud that I made it but it’s not my favourite song. People tell me they like that song because it’s chill, which, honestly, annoys me but thank you to everyone who likes it.

From writing to mixing, you produce your songs entirely by yourself. Could you take us through what your music-making process looks like?

It’s different for every song. It’s also different depending on where I am. Sometimes I write songs with Ableton open while other times, it’s played out in my head and I record my voice in voice memos on my phone and verbally quickfire what I imagine it sounds like texturally before sitting down to create it from scratch five months later.

What I do most consistently is probably just play the guitar until I find a shape or rhythm that feels like an emotion, then I keep playing it over and over again until I find a nice entry point with something fitting to sing over it melodically. It feels like skipping rope, double dutch.

You just released your new song ‘angels (emily)', tell us more about the track and how it stands out from your current discography.

'angels (emily)' was written kind of stream-of-consciously. It’s vaguely about the feeling of 'I’m at the edge of wanting and needing this specific good thing to happen, tell me immediately what I need to do and I will do it no matter what it takes'. Whether that specific good thing is forgiveness from a friend, or success as an artist, or getting a visa to go back to America, 'angels' is about the vague feeling of reaching for something, pleading.

Considering the pandemic and tense social climates all around the world, what role do you think music and musicians play during these difficult times?

Nina Simone says that the duty of an artist is to reflect the times. Nina Simone is my hero but I don’t know if I think that’s true for all artists. I suppose my take is that, art — whether intended to or not — always reflects the times. Sometimes a song can just reflect an artist’s personal heartbreak, I don’t think that makes the artist any less of an artist. I might also just be saying that because I don’t really write music with the intention of directly declaring my values and beliefs, I do that through other outlets.

Making music for me is just therapeutic, it’s really for myself, as a way to document and process my life. I think listening to music is healing. I think music is the alternative space or dimension that allows people to survive. With the music that I love, I’m grateful that the artists have shared it with the world. I think that alone is enough to ask from musicians.

Five years from now, what do you hope to be doing?

I hope to be making music that I’m even prouder of. I hope to be scoring my friends’ films as well. I also hope to be involved in interesting projects and not be worrying about rent.