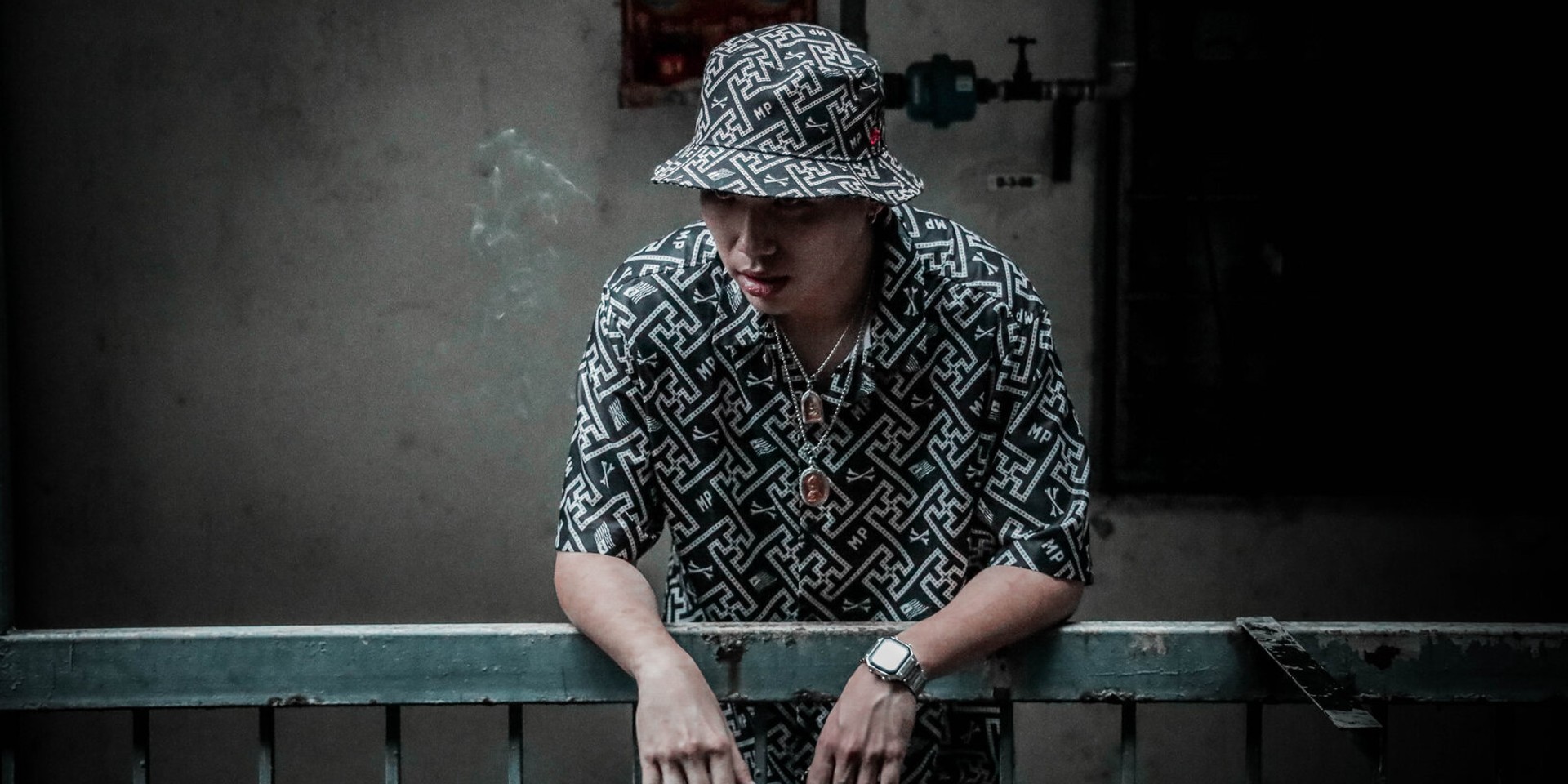 We've seen a lot of rappers come out of Malaysia's vast hip-hop scene, but no one quite like Dato' Maw.

Intense, powerful, and driven, the Malaysian-Chinese rapper is using the power of rap to share a message of strength and courage to anyone willing to lend an ear, while simultaneously pushing the limits of CINA music.

Determined to push forward the capabilities of CINA music, the rapper, alongside his record label Ban Huat Sdn. Bhd. are changing Malaysia's Chinese music scene one track at a time.

"I just want to let people be proud of their own unique identity, and that there's music that resonates with each and every Cina in Malaysia," Dato' Maw tells Bandwagon.

Hellbent on his mission, Dato' Maw has gone on to promote his music and his culture all across the region. Most recently, he joined Levi's Music Project Malaysia where he made it to the top 4 finalists. Before then, the rapper also competed in Rap of China.

Usually known for his usual high-energy and upbeat trap sound, the rapper explores a different route in his latest release. After a difficult year, Dato' Maw dives deeper, immortalising every struggle and emotion in his EP CINA Part 1 熬過來.

“This EP is for myself. Instead of doing my usual [sound], I decided to write about what my thoughts are and work out my demons through music. I want to tear down all forms of pretence and show a rawer side of myself to my listeners,” the rapper on his newest EP.

"For me, lyricism is a way of life and each one of my tracks is memorabilia from a certain part of my life and what I've been through."

CINA Part 1 熬過來 is the first of many records that will lead to the highly-anticipated CINA Album. Going with the flow and following his emotions, the rapper hopes to release the whole series by the end of the year.

As we wait to see how the CINA series unfold, Bandwagon got caught up with Dato' Maw to talk about his mission for CINA music, his inspirations and influences, and how he put together CINA Part 1 熬過來.

Hi Dato' Maw, what have you been up to lately?

I think just usual routine, lah. Waking up and the first thing I do is brainstorm ideas for Ban Huat Sdn. Bhd., write lyrics, listen to music and beats or just record random demos. Just keeping myself busy and sometimes playing Dota.

Tell us, how did your interest in music start and what pushed you to pursue it?

Started quite a long time ago, when I heard 'Feel Good Inc' by Gorrilaz and De La Soul's verse on it. That’s the song that changed everything. I always knew I wanted to be a rapper since primary school but in Malaysia, I kept that idea to myself and involved myself in other hip-hop elements.

I started a moshpit the very first time I got on stage while performing my own song in Taipei, that’s the moment that changed my life for real. I got addicted to the adrenaline rush of being on stage.

What’s the story behind your name?

A music director in Taipei named Afei gave me that. It came from the animal ‘tapir’. In Chinese, it’s called 马来貘 (Mò), then we replaced that “mo” word into 魔 (Mó) which means monster but with a similar pronunciation. The 魔 (Mó) word works well with my stage presence so I kept that word when I come back to Malaysia. I kinda translated it into Maw and decided to put Dato in front of it, rather than Lil or Yung.

You describe your music as “CINA music”, could you tell us more about what that entails and how you would like your music to impact your listeners?

I feel like Malaysian Chinese doesn't really have a strong sense of belonging in Malaysia. Most of them don’t really see what they have, in terms of culture and uniqueness, and they don't appreciate their own identity. Most people feel like local Chinese music sounds quite “low” in terms of aesthetics.

For me, I sort of "internalise" local Chinese culture, in the way I talk, every aspect of how I live my life and in my music. I make sure the sound of my music is on par with international artists. I just want to let people be proud of their own unique identity, and that there's music that resonates with each and every Cina in Malaysia. If you fuck with Higher Brothers rapping in Chengdu dialects and their own slang, there’s no reason for you not to fuck with my music.

At every different phase of my life, I listen to different kinds of music that resonates with me at that certain period of life. So I’m influenced by quite a lot of music genres and songs, in general.

One of my biggest inspirations would be Manhand. They are the first-ever Cantonese/Mandarin rap group that made a huge breakthrough into the mainstream Malaysian Chinese scene. Not to mention that local and overseas friends of mine who are in the rap scene and doing much more than me, blowing up and achieving things big time. They give me pressure and drive to work harder so that I could also be on par with them.

From using different dialects to utilizing an array of sounds, your music is quite distinct. Could you walk us through what your creative process looks like?

Usually, I write down whatever I think or feel at the moment on my notes. It's not exactly a bar or lyrics, it’s just a habit of mine to remember what I felt or what I see through my perspective. I open up myself to immerse in and experience every single aspect of my life, the ups and the downs.

Most of my EPs and singles don't have a plan cause when I feel overwhelmed by whatever I'm experiencing, it usually turns into a full project. I don't really plan for my music or releases.

Could you tell us more about your CINA series and what else you have in store for it?

To be honest, I haven't planned the rest of the series. The concept has been there for quite some time, I just decided to kickstart the whole project because I felt like this is the right moment. I haven’t really been through a big self-reflection phase until the lockdown, which forced me into having a conversation with myself, not to mention the financial struggles. Basically, reality kicked in real hard.

If I did the CINA album a few years back, it would probably sound like an album with a bunch of turn-up tracks that don’t reflect CINA. I want every phase of my life, every emotion that I felt, every message that I want to convey to be written into that album. The second part of the CINA album is either about self-growth (自我成長) or self-numbing (自我麻痺), depending on how my environments affect me or where my decisions bring me.

How did you put together the tracks for CINA 熬過來 ?

I have no solid idea about how I put everything together. The writing process was pretty fast after I was able to face myself and just let everything out. Most of the vocal tracks in the EP are actually demo versions of it. I felt like I couldn't duplicate the moment I first said it out on the mic.

That's why we use the demo vocals and just proceed to mixing and mastering. I've gotta give the executive producer Saucie J credits though, he’s the one that handles every aspect of the producing side. When he came out with the first few demos of the beats, everything just fits so well together and we just proceeded like that. Also, shoutout to our co-producer Franco.$, and audio engineer Kaiote.

Long story short, the struggles of standing your ground in music when you could have just clown yourself to get paid.

I could have gone the short way since it’s easier to make it happen but I want to be that exception where I’m able to make a decent living by making my own music without conforming to all those fucked up norms in the industry. It’s not about choosing between getting paid and dignity. It’s about how I want to get both of them - respect and cash.

Five years from now, where can we see Dato' Maw?

Hopefully, I'll be able to buy at least a condo unit, drive the latest version of Myvi, build Ban Huat Sdn. Bhd. into a successful label, still doing shows and if God blesses me good enough, do a world tour. Lowkey, hope that I'm married at the time too.

Recently, I’ve been quite into staycations, finding a nice Airbnb with Netflix and just enjoy my day off with my girl, like a short escape from reality. I like food as well, you know, just eating away all the stress. I like bundle shopping too, if I score something nice while I’m thrift shopping, I’m going to be happy for a long while.

What upcoming projects can we expect from you this coming year?

I’m not sure but I'm definitely going to be more productive this year. A few singles and hopefully, be able to finish off and drop the whole CINA album before 2021 ends. I'm definitely gonna drop more music and visuals in 2021.