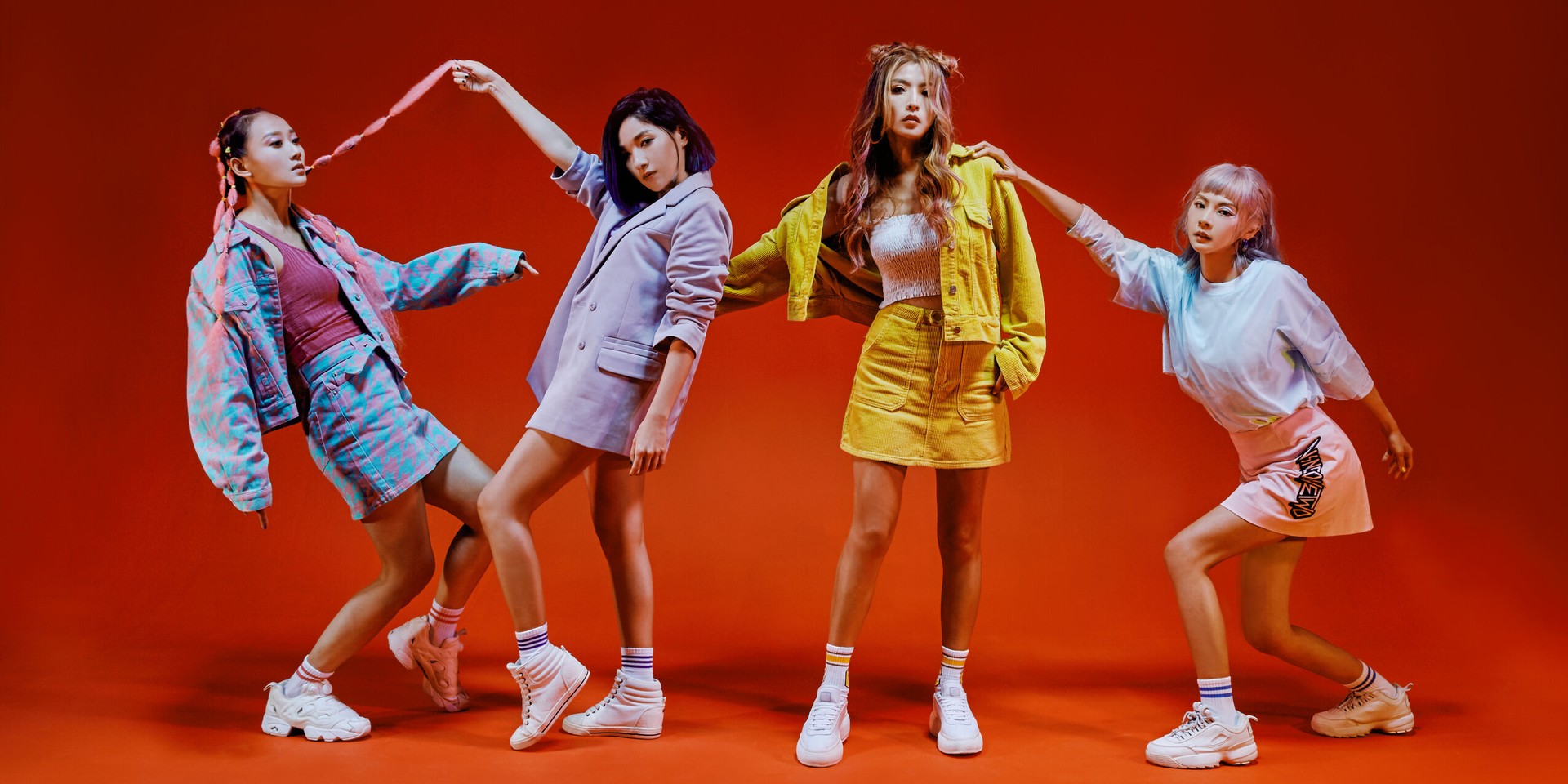 Flashing neon lights, thumping music, and a rush of adrenaline, NekoJam creates a soundscape reminiscent of weekend nights out in town and that contagiously energetic festival atmosphere.

Hailing from Taiwan, the four-piece electronic band first stepped into the country's vibrant EDM scene in 2016. Since then, the band has been dropping tracks that take on the sound of classic house music with the excitement of pop and electronic – a unique brand of music they describe as 'T-Music'.

Beyond their passion for music, NekoJam are founded on a decade-long friendship and sisterhood. Comprising of Molly (bass, synth), Sandra (vocals), Ching (keys), and Kim (drums), the members all came from a musical background. Wanting to share their music stylings with the world, the four girls came together originally forming a rock band before changing their sound in 2016.

As an electronic group, NekoJam has been stirring up Taiwan's EDM scene. In 2019, the group released their first-ever album NKJ_1, which sees the members flourish in their T-Music soundscape. The album is a collection of all the songs the group has released since their music re-direction in all its heartpumping greatness.

The band were most recently announced as part of the lineup of the online edition of SXSW 2021. This comes as NekoJam's second time performing at the music festival, following their exciting set at SXSW 2020.

Hi NekoJam! Tell us how each of you got into music and how the band eventually came together.

Molly: I’ve played classical piano since I was 5 and bass guitar since I was 14. We have been together as a band for more than a decade now after it was originally formed due to a suggestion from an audio engineer friend.

Sandra: I’ve always loved singing since my early childhood. Molly and I were in the same student club for rock music in college. One day, she just asked if I’d like to audition for the vocalist in an all-girl band she was forming. I was interested and went to one of their soundchecks. We bonded right away and NekoJam was formed.

Ching: I’ve learned classical piano for about 10 years as a hobby. I joined NekoJam after Molly came to my online album launch and left a message – 'would you like to play music with us? We are looking for a keyboardist in an all-girl band'. I was surprised and excited because they seemed really cool. Even though I had no idea about their music style or what a 'keyboard' was, I was super happy to meet them.

Kim: I joined the school band when I was 12, and I learned how to play the drums. A few years later in 2007, Molly wanted to form a female rock band, and I was introduced to her by a mutual friend. That’s how we met back in our hometown, Taichung City.

We would call our music 'T-House', where elements of catchy hooks, electronic music, and other pop elements were incorporated into house music. We do this because house music is easy to dance along with and it pumps dancing vibes into the audience while they listen to our music. To be able to make the audience dance with us is what we’re aiming for.

How would you describe Taiwan’s electronic music scene, and what role do you hope to play for it?

In addition to mainstream EDM, the independent electronic music scene is getting stronger and stronger in Taiwan. More and more techno and house parties and events are being held, with many DJ producers and electronic music groups constantly releasing music and building solid fanbases for themselves.

We certainly hope to see that NekoJam can play a part in this maturing music community and be able to expand our reach further so that more people in Taiwan get a sense of what electronic music represents and how great the house genre is.

Molly has always been the brain and soul in the group. 99% of NekoJam’s music originated on her mind. She is constantly recording music ideas on her phone, and she also sees beat-making as a monthly task. Then, the girls would gather and go over the demos, picking what everybody likes and adding new elements.

Could you tell us more about your debut album NKJ_1 and how it came together?

NKJ_1 is the band’s first full album. We named it 'NKJ_1' because we wanted to mark our first album after our reformation. What can be more meaningful than a simple numeric label?

As for the main concept of NKJ_1, it is similar to that of the British series Black Mirror. We try to captivate imaginations of a somewhat dystopian future as well as these somewhat scary relations among people, technology, and societal issues. But obviously, we do not apply such bleak approaches toward the subject matter, instead, we used more colourful and cuter lyrics. So, maybe we are a shade less black, more of a 'Grey Mirror'.

Talking about the EDM genre, we make house music precisely. Therefore in this album, we focus on the rhythms of the music and smoothly blend Chinese lyrics into the 4/4 beats without affecting the groove.

Tell us more about your latest single ‘Green House’ and the story behind it?

This is a song we made to promote the tourism of Green Island. The lyrics mention some of the unique landmarks and spots on Green Island. We express in the song that Green Island is just like a home away from home, and you get so relaxed and cozy there that you forget about time. The music style is 'Future House', and we hope that we can turn the image of Green Island into the Ibiza of Taiwan.

We can’t wait to watch the group perform at SXSW 2021! What other festivals and destinations would you like to perform at?

Ching: We want to go overseas to do gigs, but so far we only hope that the global pandemic can be relieved, so SXSW Online. Here we are (wave hands)!

Kim: I would like to perform at all kinds of festivals such as Nuits Sonores and Fuji Rock. It would be great to bring our music to other countries like Japan, South Korea, England, France, and more. I hope to introduce Taiwan’s electronic music to the world.

What is your favourite part of being part of NekoJam?

Molly: No matter what happens, there will always be a group of good friends and a team around.

Sandra: A group of supportive sisters.

Ching: I can play my favorite music while observing how the audience enjoys our music.

What is your biggest dream for NekoJam?

Molly: I think my biggest dream is…. a world tour.

Sandra: To stay true and happy.

Ching: Everyone can hear our music and 'Feel So Good'.

Kim: I hope we could let people worldwide learn about Taiwan. We are a small island but our music can be very diverse and strong.

Ching: I love traveling, taking photos, spending time with my family, and my dog, documenting all beautiful things.

Kim: When I’m free, I like cooking, photography, traveling, and exploring the world.