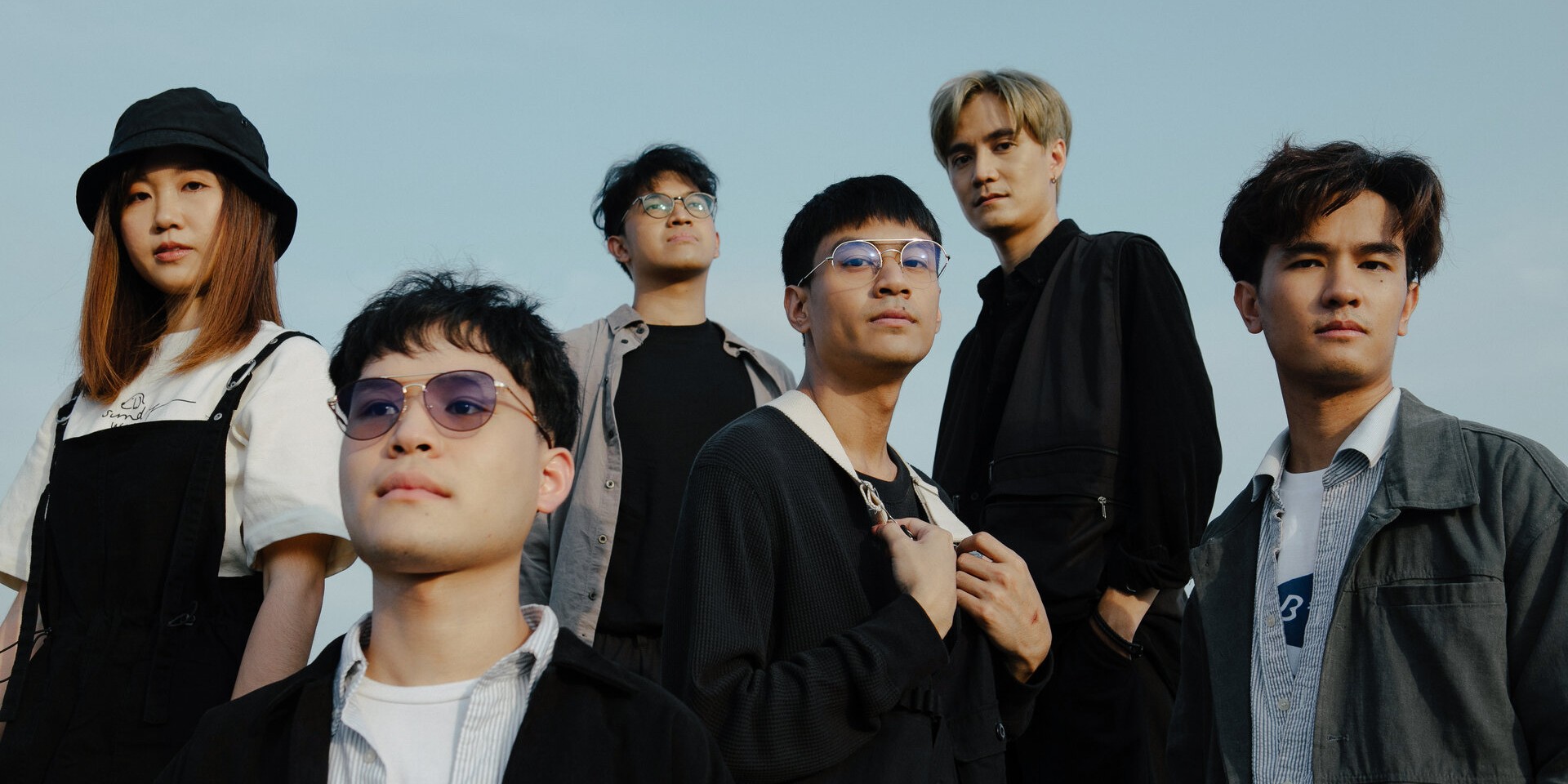 Music has always been about bonding over tunes and having a great time with friends, and Thai indie-pop group, loserpop agree.

Introducing themselves as "six best friends just making music", the band's creative process has always been centered around fun, friendship, and an admiration for 80s Thai bands. 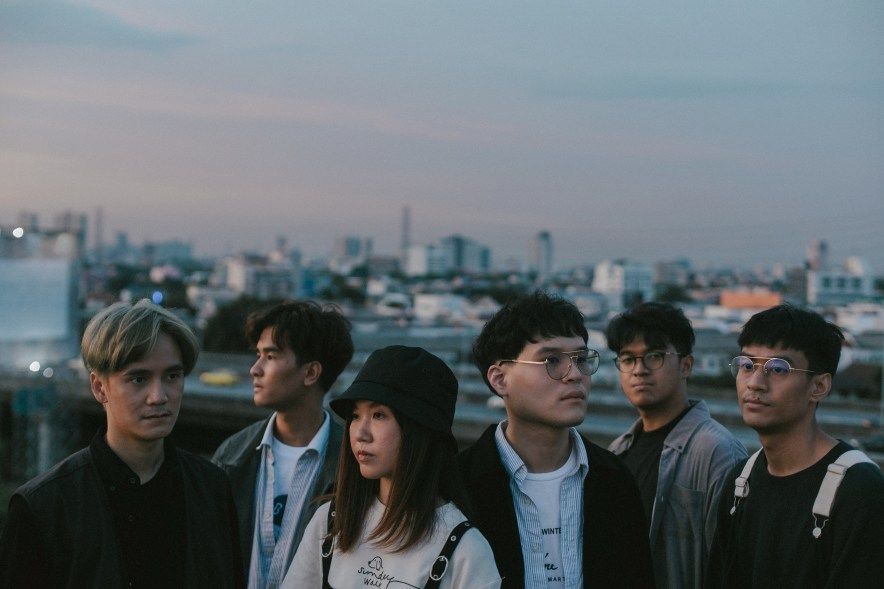 Comprising Bank (vocals), Aum (guitar), Touch (guitar), Korpai (bass), Praew (keyboard), and Puen (drums), the band took its name from a random demo name Aum conjured up in the middle of the night.

Known for their distinctive mix of pop and soul, loserpop makes music that's reminiscent of a serene summer road trip with friends, quite telling of the band's natural dynamic.

loserpop dropped their debut single 'ยังรอ (still)' in 2019, which instantly gained attention all over Thailand. Later that year, they released their debut album that they lovingly titled Stupid Love Song. Relaying tales of bittersweet relationships and the adventures of falling in love, the 8-track was well-received by listeners all over the region.

Following their successful releases, many regard them as one of Thailand's emerging pop bands.

As they're en route for another thrilling and musical year, Bandwagon caught up with loserpop's Aum to talk about the band's musical beginnings, their favourite on-stage memories, and the inspiration behind their debut album Stupid Love Song.

Hi loserpop! The band has quite a unique name, tell us how you came up with it and how the band first came together.

It was just a silly name I randomly named after finishing some demo when I ran out of energy so I just quickly saved it as ‘loserpop demo project’. That’s sort of the silly things that go too far (laughs). I first made the demo by myself a few years back and left it unfinished for a while. After I graduated from architecture school, I found myself having some gap time so I invited my close friends to this project, and luckily they liked this name. 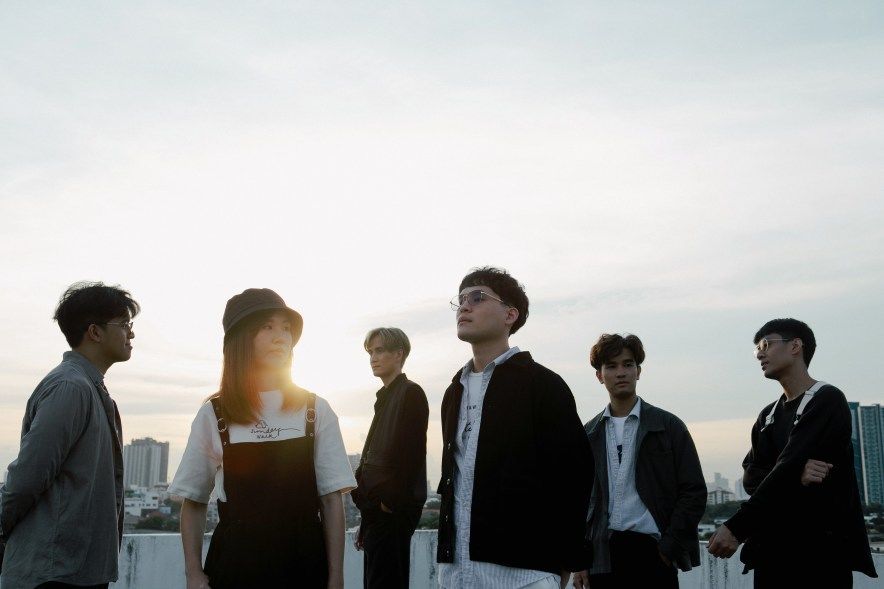 You describe yourselves as “6 best friends just singing and playing together”. Tell us more about the band’s group dynamic. How is it making music with your best friends?

It’s really fun that you can truly be yourself because we already know each other, sometimes too much. We spend a lot of time making music with zero pressure because we don’t need to talk much.

How would you describe the music that loserpop makes? What impact do you hope it has on your listeners?

I can't describe much about our music because our audience would have their own opinion towards our music. But for me, we make music that we generally reflect on after some good or even bad memories that we sometimes experience ourselves. I hope our music and lyrics can relate to our listeners in some ways.

Who are some of the band’s musical influences, both locally and internationally?

We all come from different musical backgrounds but the compromising areas are 60’s to 80’s band. Thai 2000’s indie band like Scrubb play a big part in our memory too.

Tell us about your debut single 'ยังรอ (still)'. What story does it tell?

It was the first track we spent almost a year trying to finish and It was a good start. The song is about a guy who has been hopelessly waiting for a girl even if she doesn't like him back. It was a sad story that we try to tell in a cute way.

Tell us about your first album Stupid Love Song. What story does it tell and how was it put together?

I first named this album Stupid Love Song before we even finished all the tracks, I think it fits our band name. I like it when they are named together as 'loserpop - Stupid Love Song', it gives me the vibe of a little boy who’s inexperienced with love – so young, so naive, and yet so pure.

Your song ‘เคย (strangers)’ is one of your most popular songs. Could you tell us more about the song and why you think people enjoyed it so much?

We never thought people would like it this much but it was beyond crazy to know that people outside Thailand recognise us too. I think it gives out a festive vibe and festive vibes bring a lot of good memories.

You’ve gotten to play at stages all across Thailand, share with us your favourite live stage memory.

CAT EXPO! It's the biggest indie music festival in Thailand and it was our dream to perform at the festival as a band. We were so excited and happy at the same time, the crowd was great even with the rain (laughs).

What other stages or countries would you like to perform in?

Any stage that gives us the opportunity (laughs).

What is your biggest dream for loserpop?

To maintain our quality of making music as long as we can.

Sleep, we need lots of sleep!