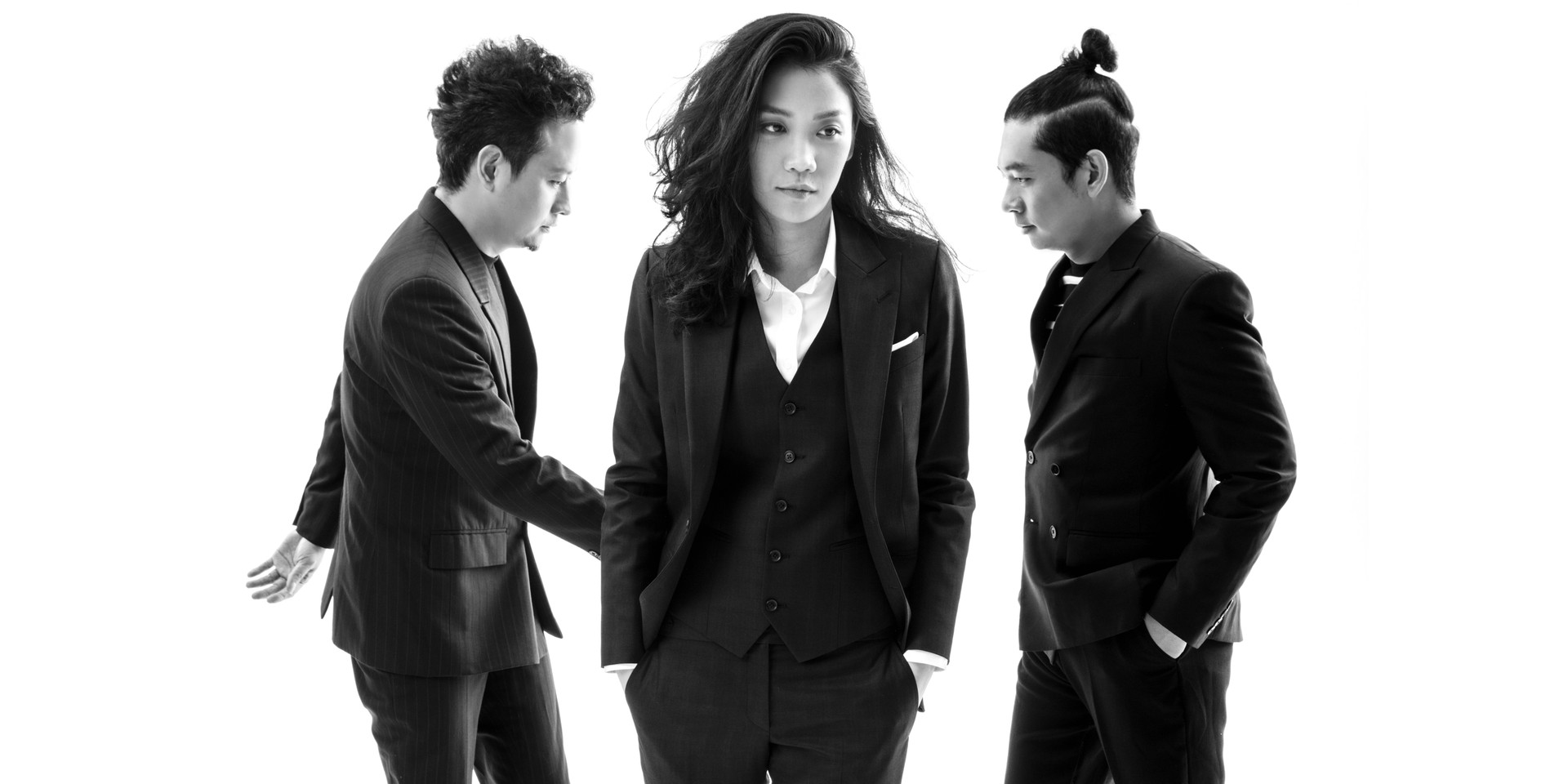 Introspective, calming, something like a late-night drive to the convenience store - My Life As Ali Thomas make music for the soul.

Formed by Pie (vocals), Rack (guitar), and Taw (drums) back in 2014, the band got acquainted through playing gigs in a bar in Bangkok. Music-making for the indie-folk trio is seen as an expression of their other self, hence the resonating band name which represents their alter ego.

"Shadows to me feels like a twin, that she’s always with you, even though she’s only visible in some light, but she’s always going to be a part of you," said Pie. "I think in some sense My Life as Ali Thomas is a home for all of our shadows." 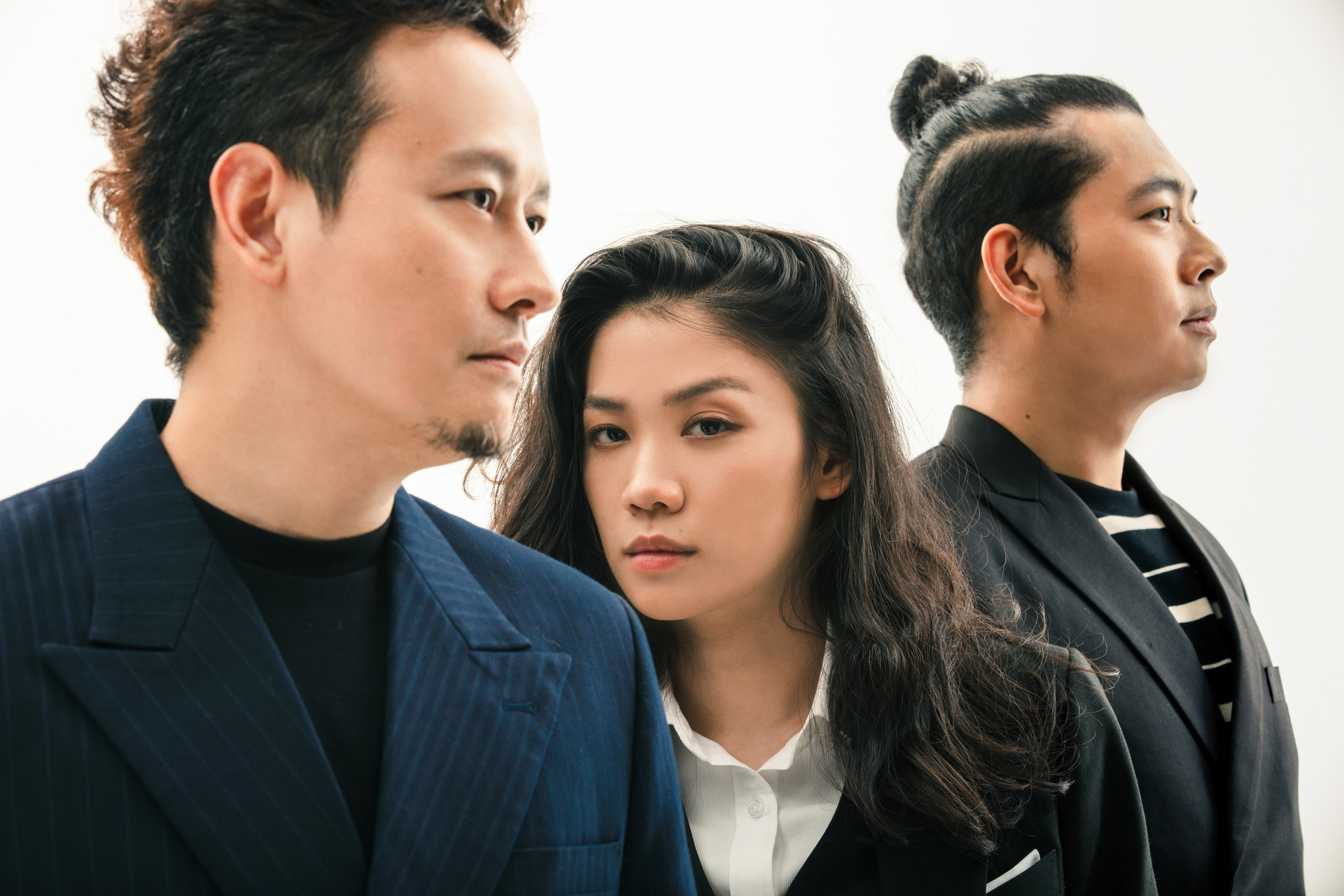 Describing their debut album Paper as a "mood swing", their 2016 album which was produced after signing to Warner Music Thailand is an eclectic blend of the genres the individual band members enjoy. Remnants of Rack's favourite British rock are evident in the heavier, emo-inclined 'Paper', whilst 'Lover to Lover' and 'Winter's Love' remind one of American folk songwriting, which Pie grew up listening to. 'Cordelia', instead, is a close cousin to 2000s American rock - owing to Taw's love for The Killers.

After performing at South By Southwest (SXSW) 2019 in Austin, Texas, My Life As Ali Thomas has begun working on their upcoming album Peppermint Town which will drop in 2021. In recent months, they have released 'Dear All The Universe' and 'Baby, I Love You', showcasing a more diverse palette of colours in their soundscape.

Bandwagon caught up with Pie from My Life As Ali Thomas on their journey so far, writing me-time music, and unpacking their musical style.

I was introduced to Rack in 2014, when he was a house musician at a bar in Bangkok called the Cosmic Cafe. We were introduced to each other through the owner, who figured that I was looking for a guitarist and felt that his guitarist was a good match. Two weeks later, Rack and I were scheduled as an opening act for a local indie band. After that show that we decided to make the band a little bit bigger, hence Taw joined us.

I think we’ve always been involved in music one way or another. We’ve always had the heart for music and music has always played a significant part in our lives. So when we finally found each other, we understood straight away it was what we were meant to do.

We’re curious to know what is the alter ego of ‘Ali Thomas’ that the band is named after. What kind of life does she have and what does this represent for the band?

From spending a lot of time on the internet, I found that the name Ali has the same meaning as the word alias and that Thomas, the name of the cat from the cartoon Tom & Jerry, means twin in Greek. So I put together a phrase that would resonate with the idea of shadows and twins, hence My Life as Ali Thomas, which means my life as another twin. I think in some sense My Life as Ali Thomas is a home for all of our shadows.

I think we make music for people who enjoy being alone. I think it’s the kind of music that you don’t really share with other people, or for ambience in restaurants/parties. It’s the kind of music you'd listen to on a drive alone, walking around with headphones, when you write, or out on the balcony when the moon’s out.

The band released your debut album Paper in 2016. Share with us how it was conceived and put together.

Our first album Paper was mostly on the indie-folk spectrum. I think indie-folk with maybe a little bit of post-rock. I guess you could say that the first album was bits and pieces of everything [we like] everywhere. There was a lot of trial and error going on as well, being the first time the three of us moved together as a band. We didn’t really set a style or tried to commit to a specific genre for Paper. I think it all just fell somewhere and that would be where it was. I think it’s too hard to put a frame on music especially when you were just starting.

Tell us about the single ‘Dear All The Universe’ which was released this September.

'Dear All The Universe' was actually the last track that we wrote and recorded on the new album Peppermint Town. For the final empty slot, we wanted to give thanks to the things and the people in our lives. When we think back on our journey, we think of friendship - the people who have helped and supported us always. There’ll always be times that we get hurt or fall down, and I think it’s the people that help you get up are the ones that deserve your love the most, and this song is a shoutout to them. Musically, we wanted to bring back the music from our childhood. We wanted to share that part of our lives growing up to Thai 80s pop. It’s that cassette tape that our parents listened to, so 'Dear All The Universe' is basically a thank you note in a mixtape.

How would you compare the band’s early sound to your current style? In what musical direction is the band heading towards?

We believe it’s under the same Ali Thomas sound, only with a lot more - more colours and more refined. Our producer Shane Edwards definitely played a big part in making our vision come to life. I'm not sure where we’re heading musically, but we hope to create something that is both emotionally and creatively satisfying. It’s that creative satisfaction benchmark that we’ve always been aiming for.

How was it like performing to an international crowd at SXSW 2019?

SXSW 2019 was a lot of fun. The different atmospheres, stages, crowds, halls, and acoustics. It was such a cool experience to see how our music bounces off different walls, whether it’s woody acoustics in a church hall, or in an open space on the balcony of a hotel, or in a dive bar. The crowds were very welcoming, the energy was very friendly. A lot of it felt very fresh - new air, new space, a new set of people.

Where else in the world would you dream of performing? Any festivals in particular?

Red Rocks Amphitheatre, Bluegrass Underground...not that we’d be qualified to but we love caves and rocks! I can’t imagine performing in spaces like that, it would be a dream. To be able to tour in different concert halls in different cities would also be pretty cool too. Anywhere with amazing natural reverb and echo works.

With your new album Peppermint Town coming up soon, tell us what we can look forward to and when it is unveiled.

You can look forward to hearing a lot of things and seeing a lot of colours, diving into the deepest of oceans and seas, and then rise to touch the moon. Lol, I don’t know but I think it should be a lot of fun. It’s a bit of a time machine as well. The full album is set to release just passing next year.

Listen to My Life As Ali Thomas' latest single 'Baby, I Love You' here: