Running away from reality may be instinctive for most, but for Reality Club, escaping what is in front of them isn't an option - it's a choice.

"Our understanding and vision of reality have always been an accurate perception of what is going on and how things are. Not a skewed pessimistic or optimistic view of how things are."

This philosophy has kept the Indonesian alt-rock band going since they recorded their first single 'Is It The Answer' back in 2017. Consisting of Fathia Izzati, Faiz Novascotia Saripudin, Iqbal Anggakusuma, Nugi Wicaksono, and Era Patigo, the formation of Reality Club was in fact a pleasant surprise for the band members.

Written by Faiz before the band was even formed, 'Is It The Answer' was their escape from the vicious cycle of playing as yet another cover band in college. "Honestly, it was all so quick. We didn’t even have a band name yet after recording the song. Thankfully, people seemed to like it and it’s doing really well today," they added.

It's been a great three years since the band had debuted and with each song they wholeheartedly put out, one would agree that it's a party in every single one of them. In their two full-length albums Never Get Better and What Do You Really Know?, it is evident that Reality Club is not one to shy away from experimenting with instruments and style while retaining the grooves that make their music an easy listen any day.

"Since we were all kids we’ve always loved music. Prior to Reality Club almost all the members were performing in campus bands," they said. "We recorded and released our first song with no real expectations and it kind of fueled our curiosity to keep doing Reality Club."

The band shared that with most of their music inspired by their lives - be it real or fictitious events - they strive to translate the snapshots of their present selves into their music. Romance makes up a huge portion of their lives, so naturally, a fair share of what they write about would relate with the heartbroken or lovestruck.

"What we always seek to achieve is for our listeners to feel the feels. To relate to the songs and basically just feel, Sadness, joy, frustration, confusion, or any emotion really, we hope that our songs make you feel."

With all of their songs written in English, Reality Club had always positioned themselves as an international band, with that dream somewhat on its way to fulfillment today.

"We’ve always had our eyes set on the international stage so we want to allow our songs to be more accessible to a bigger group of people. Seeing it happen on a regional scale is really uplifting and makes us feel like we’re doing something right." 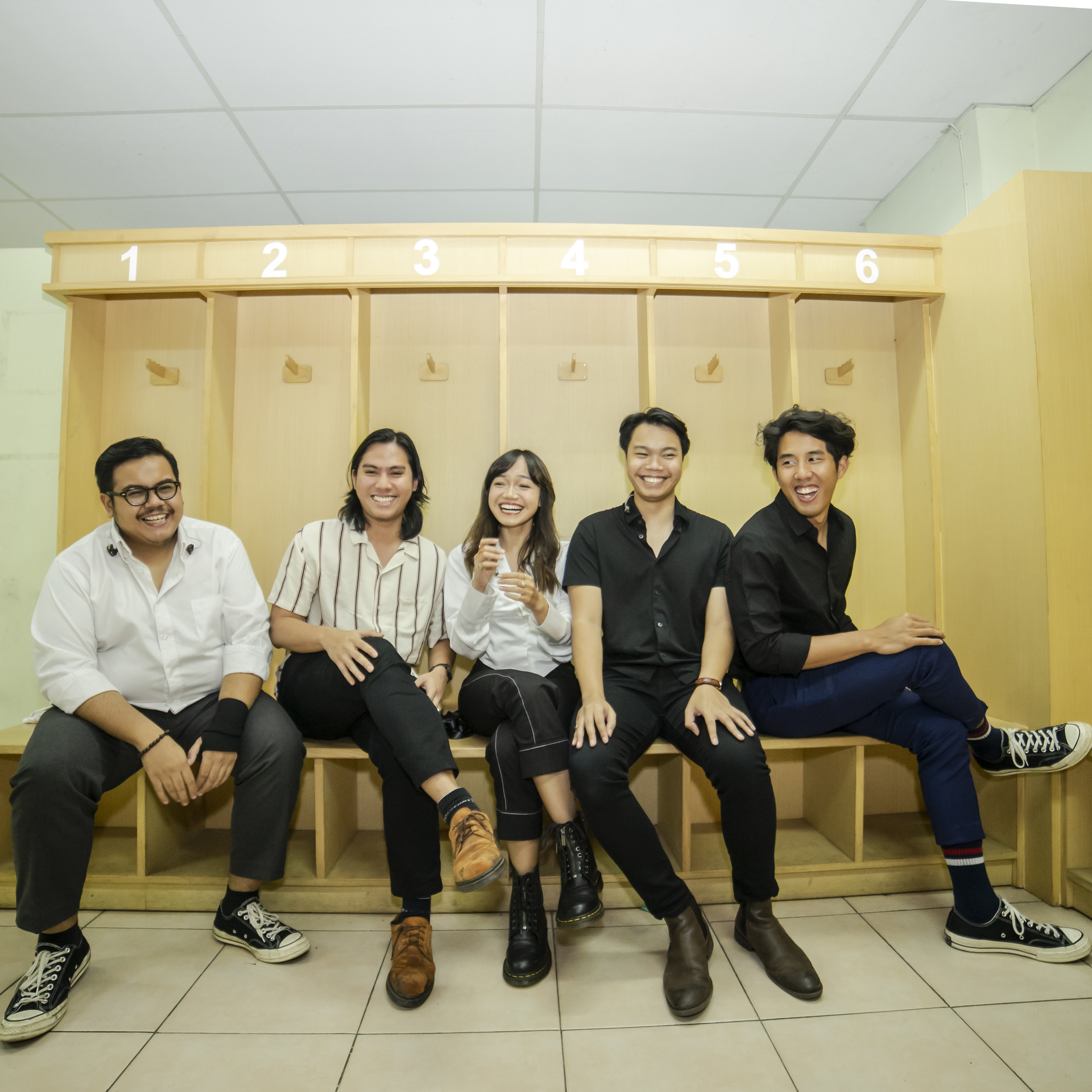 In 2019, Reality Club played their first international show in Kuala Lumpur, Malaysia, as part of Sifters Asia's Journey To The South music showcase. Shortly after, Reality Club headed over to Singapore and performed at the Esplanade as part of the annual Baybeats festival. Beneath the kaleidoscope of fluorescent lights, they energised crowds of fans outside of Indonesia for the first time.

Singapore, you were one of a kind. How many hours would you wait for us on a park bench out on the moon? #WhatDoYouReallyKnow

"It’s honestly surreal. I mean the first time people sang along to our songs at home in Indonesia it was crazy. But to hear people from different countries sing along and memorize our lyrics and become fans of our music is just on another level of surrealism," the band said.

While fans from the other side of the world were anticipating the band's South By Southwest debut this year, they were not left empty-handed when the convention was cancelled due to Covid-19, as Reality Club presented a series of promising online gigs for their international fans. Having played at the likes of the United Kingdom's GOTOBEAT Online Summer Fest and Germany's Indoor Inspired during the pandemic, the band was delighted that their music was in demand in those parts of the world.

Last week, Reality Club released their latest EP The Rush and Other Vices, comprised of three tracks based on their 2019 single 'The Rush'. Coining it "a single with not only an A-side, but B and C sides as well", the EP loosely reminds one of those choose-your-own-ending storybooks.

"'The Ultimate Rush' is actually the first version of 'The Rush'. It’s got a classic rock late 80s vibe to it and we all love it. However, it didn’t really fit the mood of the 2nd album and that’s why we modified it and changed it into the album version that you can hear right now," they said.

The remix version was also a long time in the making. It’s a hip-hop/rap version of 'The Rush' and features one of the best up and coming rappers in Indonesia, Basboi."

As Indonesia's lockdown had seen an indefinite end for the past six months, Reality Club shared that they have spent most of their days in their studio songwriting. It will take a while before they would fulfil their dreams of touring the world, but look forward to their new music coming up in the rest of this year and the next.

Listen to Reality Club's second album What Do You Really Know? here: