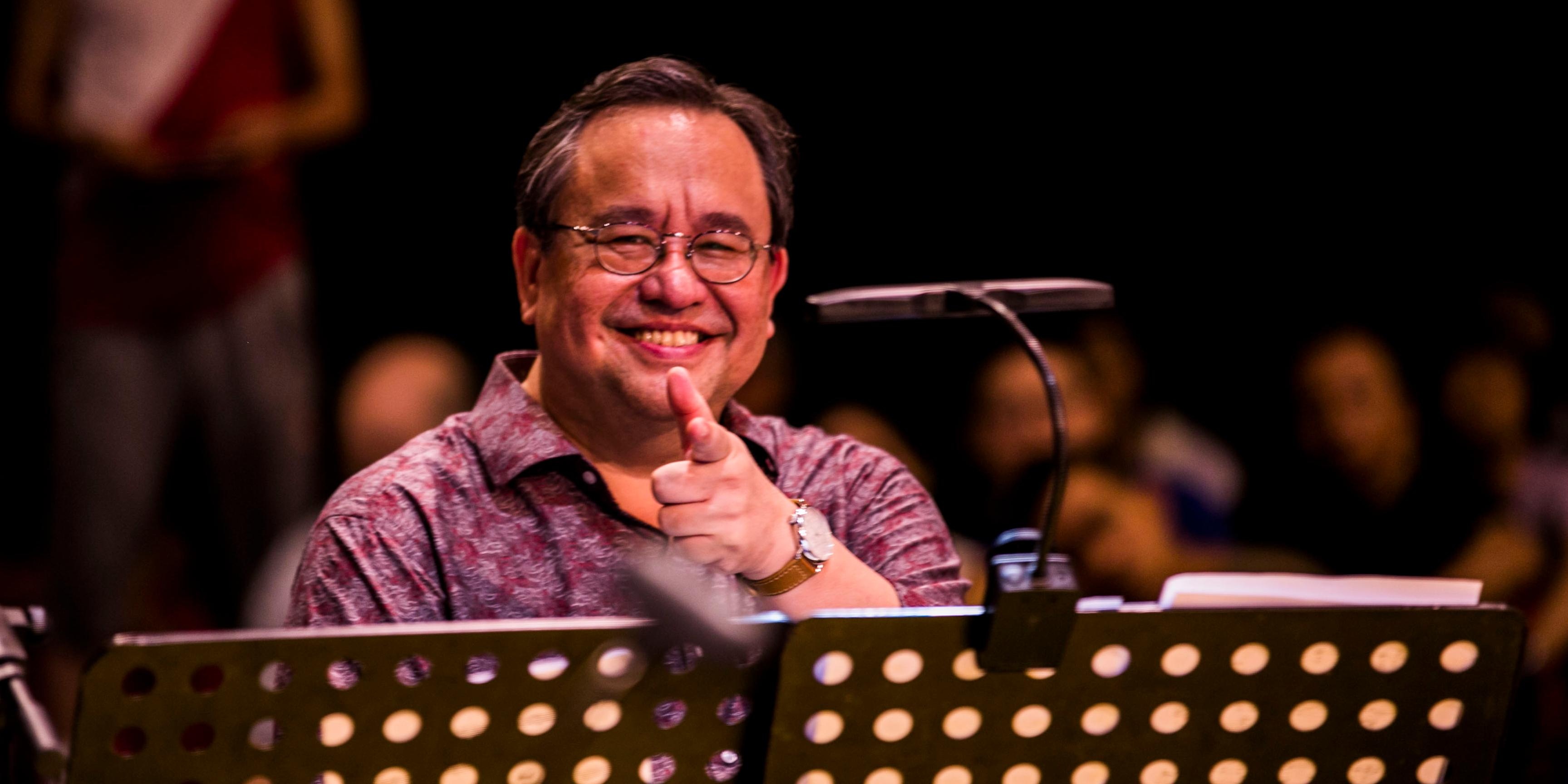 The King of Swing – a lofty and formidable honorific status. It implies an esteem and power distinctly creative and sublime, which is why that mantle belongs to Singaporean jazz legend Jeremy Monteiro. At home and beyond, his is a vaunted and revered name for the generations of zeal and ardour he has expanded on the cause and discipline that is jazz. Both leader and disciple, his continual labour in the name of one of most fundamentally progressive musical forms is a boon to anyone with any measure of investment in the creative arts.

Ahead of his yearly Christmas showcase, Jazzy Christmas, he talks to Bandwagon about what this time of year means to him and how we can go further in making the art we see in our hearts.

What does Christmas mean to you?

It’s a chance to slow down from all the craziness of the year, you know? But because I put on this public concert every year, I don’t really celebrate Christmas like everybody else, until it’s over. One year, I was so exhausted after Jazzy Christmas that I only celebrated Christmas on the official last day of Christmas, which is January 5. This concert is my little National Day Parade. I have to think of a new concept every year. Other than that, it’s a time of giving and reflection. But I’m a pretty reflective guy  – I reflect the whole year round.

And how is this year’s concert special to you?

I haven’t really repeated a concept in the 12 years I have done it. Whether it’s New Orleans style or a Brazilian Christmas, each one is conceived around a different theme. This year’s is special because I’m reprising the big band concept that I did five or six years ago but with a different singers, different arrangements and different treatments. It’s going to be swinging as hell. 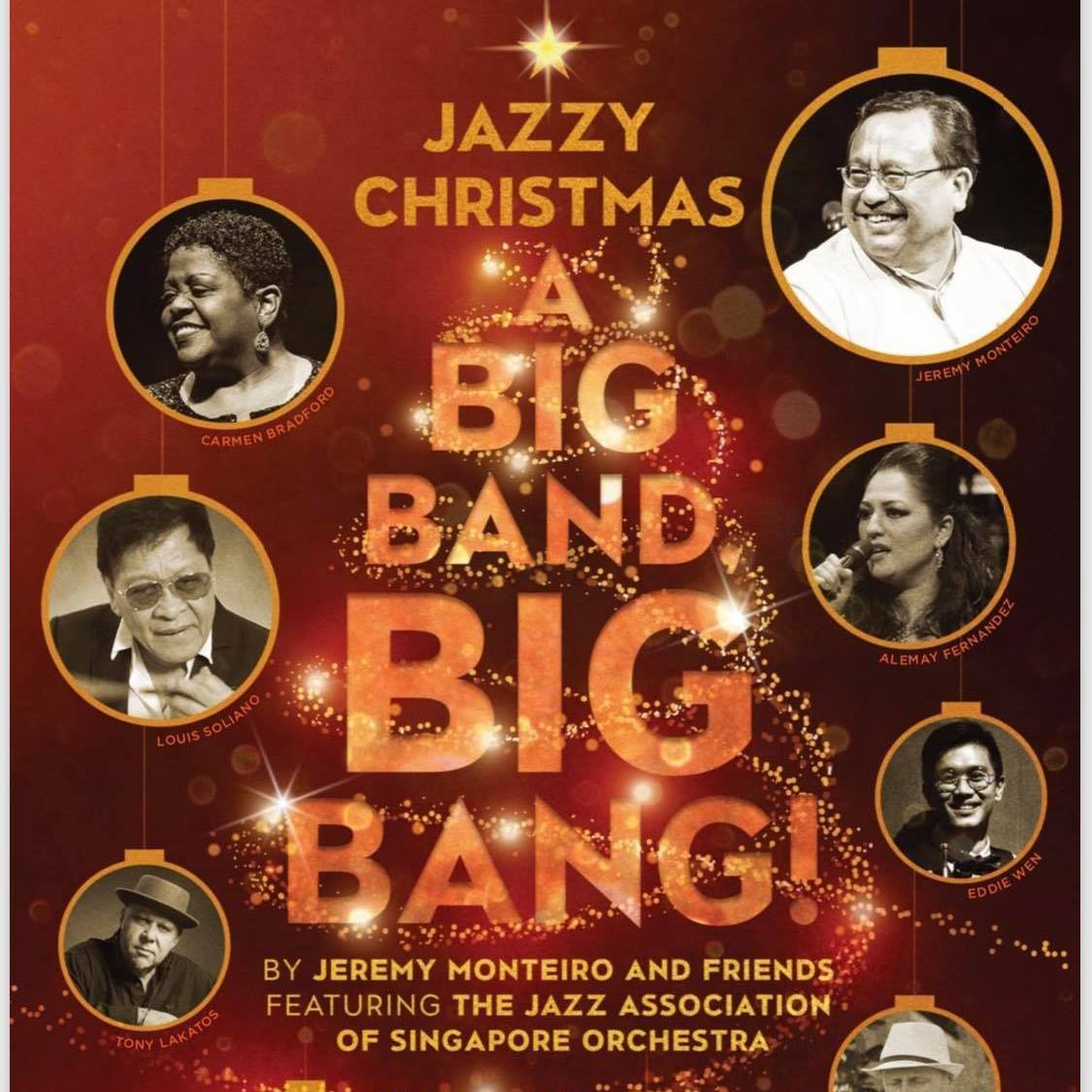 What keeps you on this path of uncompromising musicality?

I straddle. If I were to play hard bop all the time, I’d have a much smaller audience and I won’t be able to fill up the Esplanade all the time. Neither will I be able to fill up big venues around the world. At the end of the day, my KPI for Jazzy Christmas is to have people leave with a smile on their faces and a glow in their hearts. That’s what I set out to do and that’s what I often achieve.

You played at the Montreux Jazz Festival in 1988. What was that experience like?

Well, it was wonderful. Firstly, it’s very difficult to replicate that because the confluence of events that led to me playing there, with Chick Corea playing before me, could never happen again. They don’t let unknowns play on the main stage at Montreux anymore. I was probably one of the last to get the chance to play on the main stage with all those superstars. Now, they only just let you play the fringes. I was very lucky. It was overwhelming for me. After our set, I was just in a corner completely zoned out. I couldn’t believe that a few days prior, I had seen Miles Davis play on the very same stage.

In an interview with Channel News Asia, you highlighted the lack of jazz gigs in Singapore. Why do you think this problem persists?

Unfortunately, market forces are such that we live in a place where rents are exorbitant. No matter how many cooling measures there are, this issue is always going to be a difficult one to control. The cost of owning a jazz venue is insane. Actually, I wouldn’t wish the owning and running of a jazz club to my worst enemy. For those who do open such venues, God bless them. At least, we’ll have a place to play.

What are your thoughts on what has happened to Blu Jaz Café?

It’s very good that the National Arts Council has decided to grab the bull by its horns and try its best to continue it. As long as the venue complies – and I think it’s mitigated the sound problems quite well – it’ll be ok. I hope that this will continue and that the appeal board will agree to keep it going. It’s such an important place to a great many musicians and punters in Singapore.

Lastly, do you have anything to say to the emergent generation of jazz musicians?

I talk about this in a chapter in my book. You shouldn’t think that just because you want to become a professional-level musician, that you should become a professional musician. There’s not enough money in music anymore. That’s just how it is. Now, you can have 50 000 listens on Spotify but you can’t sell 3000 copies of your album. In and of it itself, art isn’t commercial, but it has become a wares that you sell. But that’s only for a very lucky few. I would say, that if you love music, work at it for no other reason than you love it. When you can separate your job from your work, you can live comfortably and still make the music you want. The struggling musician myth has to stop. Don’t be hungry for food – be hungry to create.

Catch Jeremy Monteiro and friends and the Jazz Association of Singapore Orchestra live at Jazzy Christmas tonight at the Esplanade Concert Hall. Get your tickets here.