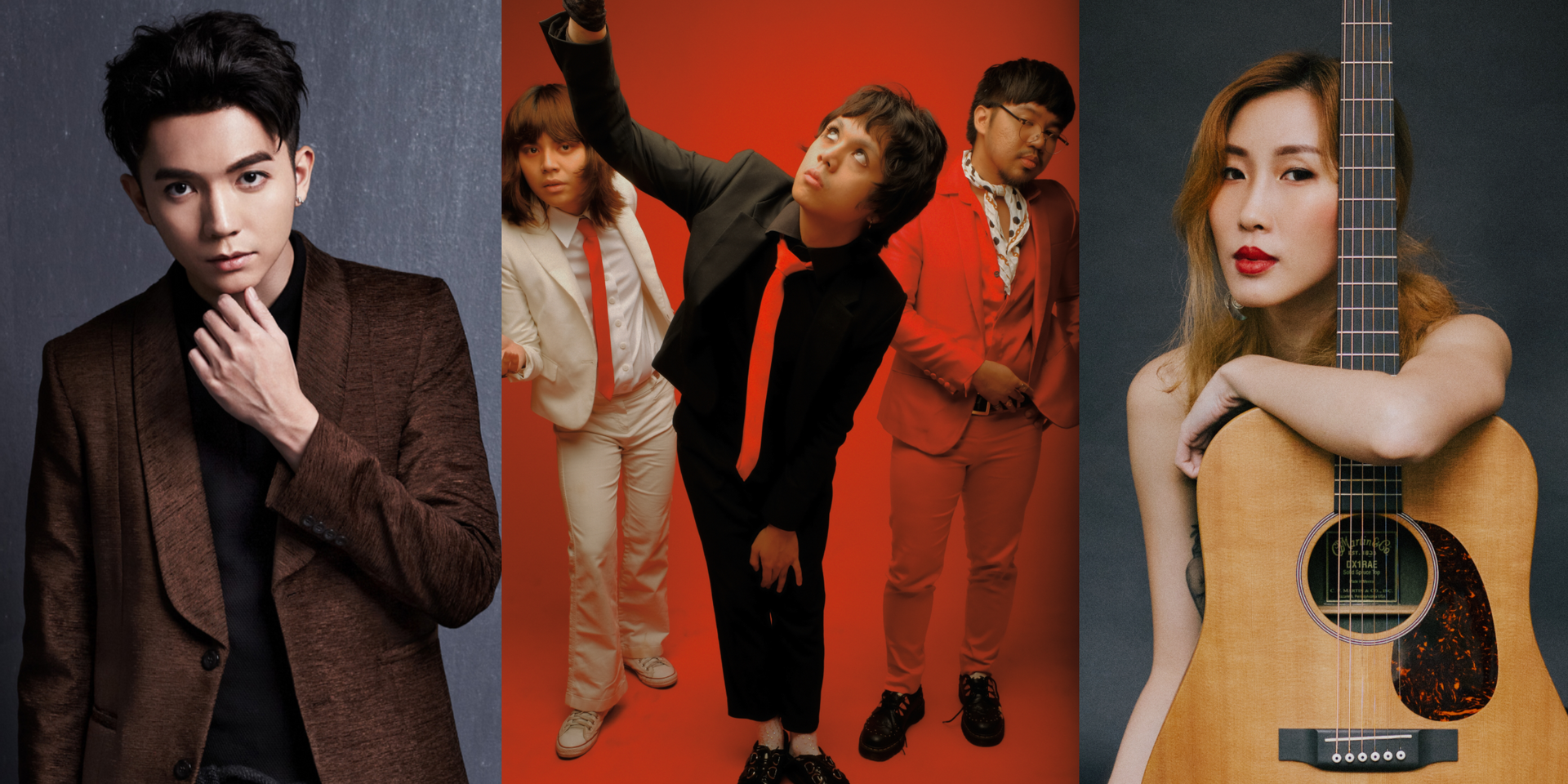 Marina Bay Sands' free concert series Open Stage is set to return this month on Saturday, 27 July with an incredibly diverse line-up of breakout stars that features the likes of Adia Tay, Haoren and IV of Spades.

Filipino funk-rock trio IV of Spades will have the honour of headlining Marina Bay Sands' Open Stage for its debut performance in Singapore. The band has made a name for itself as one of the fastest rising bands in all of the Philippines, thanks in part to its funky and playful tunes. The trio released its beloved debut album earlier this year to widespread acclaim, and garnered over 2.5 million streams within a week of its release. The band has also amassed a long list of accolades that include a US tour, opening for Panic! At The Disco, clinching a plethora of awards, and more. IV of Spades has also earned over 100 million streams on Spotify throughout its career.

Joining IV of Spades will be Singaporean singer-songwriter Adia Tay and Malaysian Mandopop star Haoren. Following the release of her debut EP in May this year, Adia has captivated the hearts of many, thanks to her soulful and heartwarming voice. Adia started as a busker and cover musician, selected for performances like DBS Busking by the Bay, and building a strong following before venturing out into a career in original music, including a recent Hear65 performance at Sofar Sounds.

"I would do anything to keep the human touch in my music": An interview with Adia Tay

Haoren got his start in 2008, when he competed in Astro's Star Quest reality competition. Later that year, he released his debut album and hasn't stopped since. Over the years, Haoren has released numerous albums, standalone singles, theme songs for films and TV series, while also juggling an acting career. He is best known for his self composed and produced track 誰說不可能 ft. Namewee, and garnering over 207,000 subscribers on YouTube.


The ninth edition of Open Stage is supported by Bandwagon and will be held at the Event Plaza at Marina Bay Sands. The series will also be accompanied by the integrated resort's nightly light-and-water show, Spectra. Set times are as follows:

Open Stage, presented by Marina Bay Sands will take place at the Event Plaza on Saturday, 27 July, from 7.15 to 10pm. Entry is free 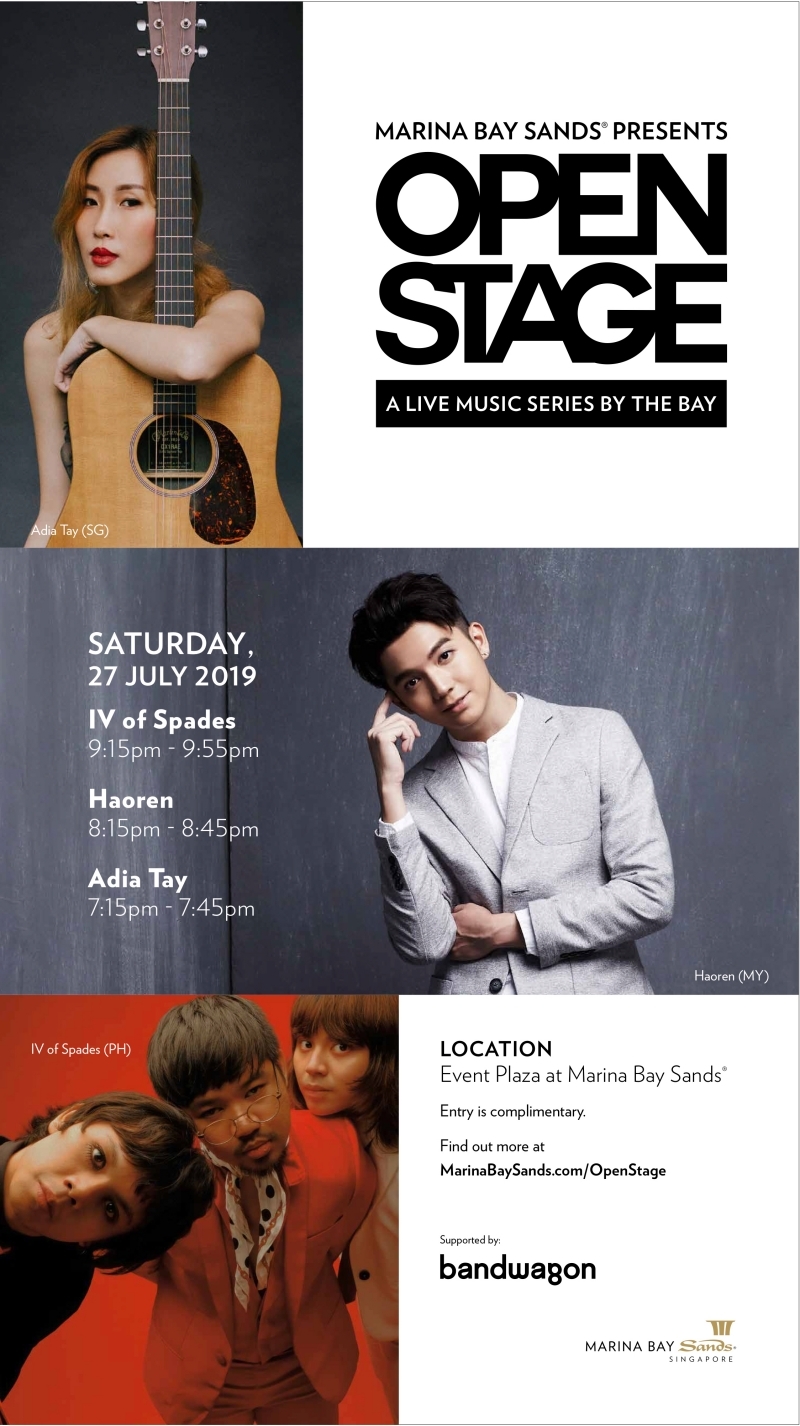