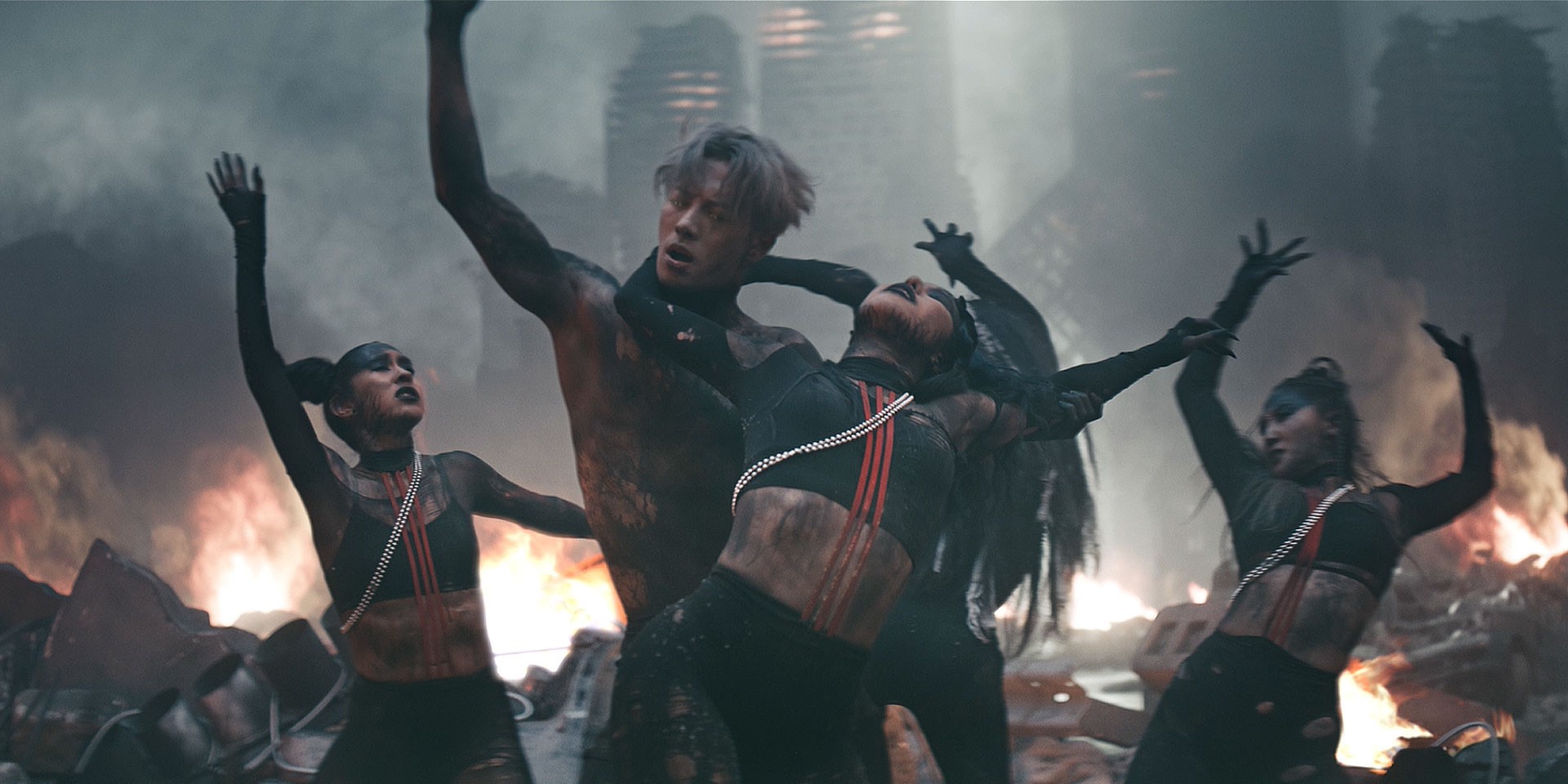 Jackson Wang is back with another jaw-dropping video.

On 29 July (Friday), the 'Blow' singer unveiled the highly anticipated visual for his latest single 'Cruel'. The new track, which will appear on his upcoming solo album MAGICMAN, debuted live at 88rising's Head In The Clouds showcase at Coachella in April.

Described as a "beautiful mental breakdown," 'Cruel' represents the distorted and warped story Jackson hopes to unfold with his new album.

"'Cruel' is a very special record for me. It really set the precedence for where the narrative of the album needed to go and sound.” Jackson shares in a statement, how much he and his team "struggled" to find a clear direction for his MAGICMAN era. "Once 'Cruel' came into our hands, it all made sense for us, it was like a beautiful mental breakdown. 'Cruel''s grunge, and raw sound is exactly the perfect representation of the distorted and warped story that I am trying to unfold. It is the opus to a wild yet beautiful symphony."

The stunning visual is set in a gritty post-apocalyptic world, where buildings have toppled over a city on fire. Jackson, with his eyes glowing gold and his body covered in dirt and ash, lands from a whirlwind of smoke and breathes flames into the hazy air. As he makes his way through the ruin, he battles women who rise from the rubble and mesmerizes them into a beautifully choreographed dance before taking their flame for himself and going head-to-head against a powerful temptress, played by Bailey Sok.

Jackson Wang's MAGICMAN is set for release on 9 September (Friday). Check out the tracklist here:

MAGICMAN will also be available on vinyl, CD, and a special ZINE CD edition. Get it here.

(UPDATE 03/08): Jackson Wang released a behind-the-scenes featurette about the 'Cruel' music video, which was shot in an XR studio.

Director Rich Lee discusses Jackson's vision and aesthetic for the cinematic visual. "I think it's always great when there's collaboration and trust. I trusted what he had to bring, he trusted what I had to bring." Lee adds, "Everything really kind of lined up beautifully."

Check out the behind-the-scenes video below.

Check out Bandwagon's interview with Jackson Wang below.