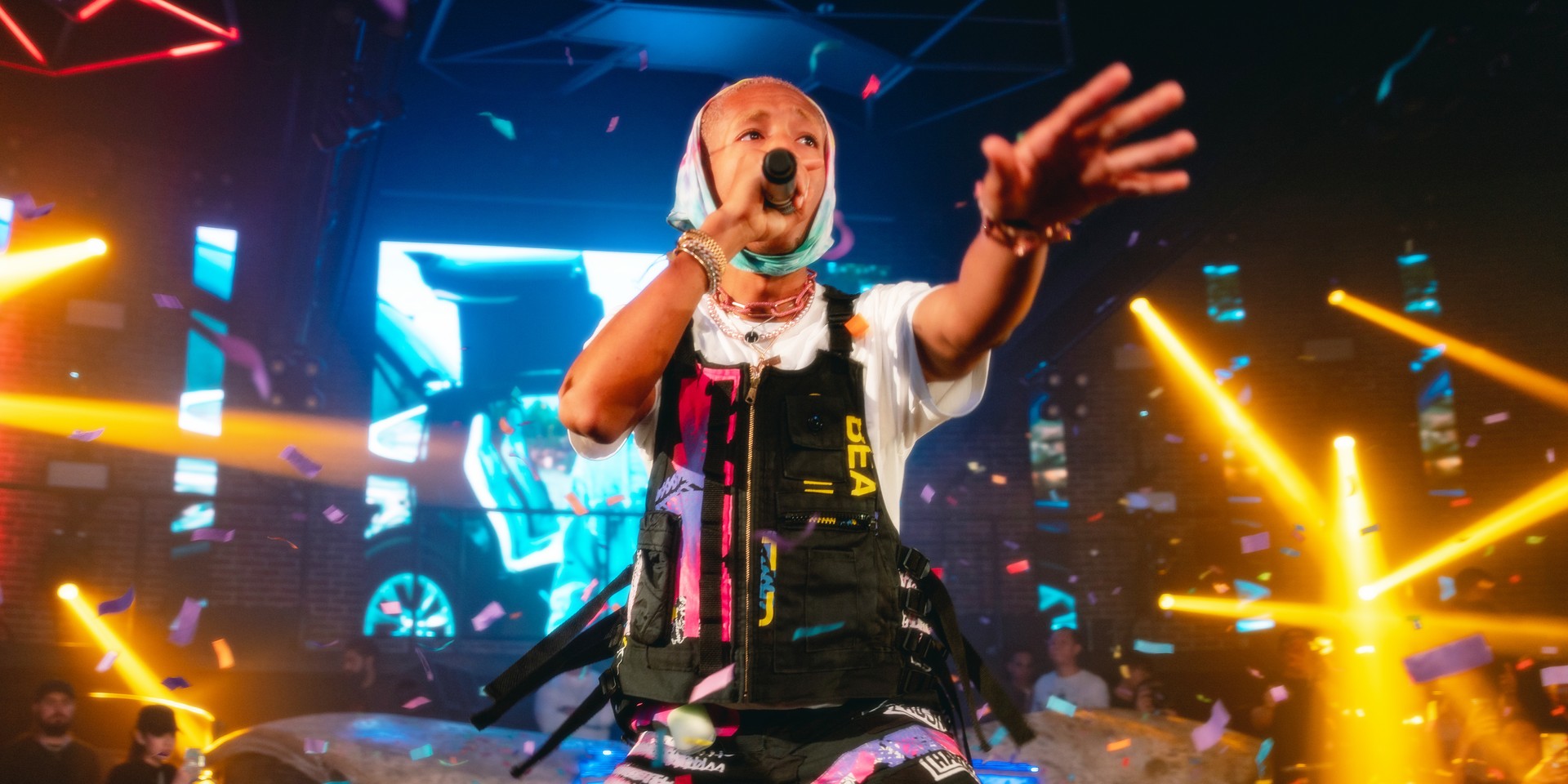 “This show has been legendary – no, this show has been iconic” – It’s not self-praise when it comes from a multi-hyphenate force of nature, a rapper, a movie star, a fount of meme-age, Gen Z wisdom, an offspring of Will Smith, and, especially, an icon living.

When Jaden Smith touched down at Zouk, normal went out the window. What we got was a firsthand view of a true zeitgeist-shaper’s affirmation of his place of foremost prominence in the culture – and a consummately joyous celebration of new-school hip-hop. 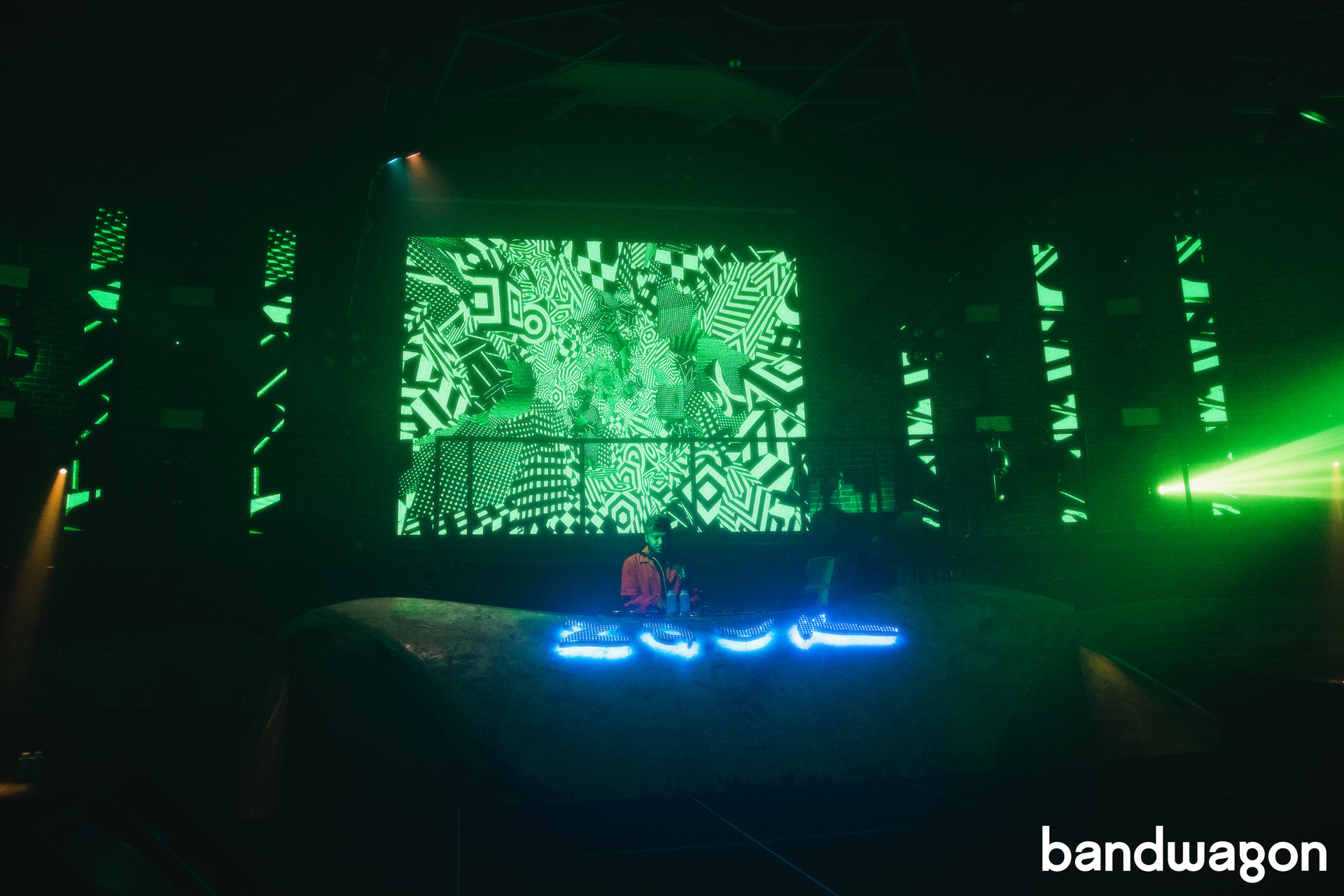 On the cusp of the last long weekend of 2019, Zouk’s main room was the stronghold of two hip-hop ambassadors, a temple resounding with the chants of the most hype, turnt and Internet-quaking, unspooled by Zouk’s resident hip-hop tastemaker DJ Nashd. 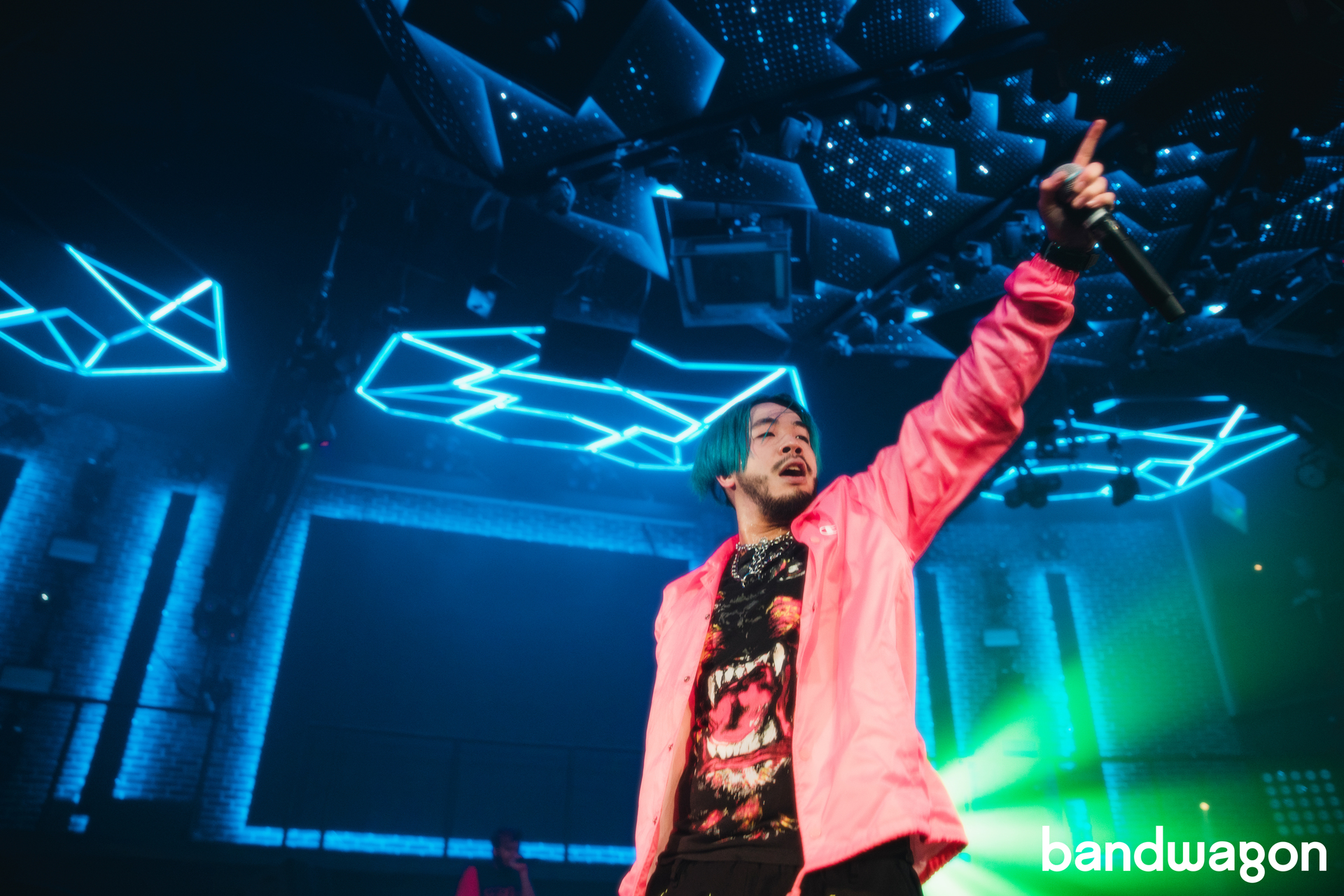 Going on first, was ShiGGa Shay.

One of Singaporean rap’s most popular voices, he delivered a four-song set that reinforced and underlined why his ubiquity has been so earned. Rap is a battleground and into its arena, he brought a heat-seeking missile in the form of his low, gravelly voice that is precision-engineered for the kind of shout-along flow that helps turn the energy at such events into a feverishly delightful brew. With focussed intensity, he unraveled his latest window-rattler ‘DOMO’, the one-two punch of ‘Ramen’ and ‘You Right’ and ended with his confessional bare-all ‘if i,’. It wasn’t just the shout-backs of his words from the crowd that indicated that he had a good show but the existence of the resplendent smile that beamed from his face as he held up the mic and acknowledged his work.

During the change-over, Nashd, in chronological order, gifted the crowd with these songs: Chance the Rapper’s ‘No Problem’, Migos’ ‘Walk It Talk It’, Sheck Wes’ ‘Mo Bamba’, Post Malone’s ‘Better Now’, Higher Brothers’ ‘Made in China’, Future’s ‘Mask Off’, an EDM remix of Dead Prez’s ‘Hip-hop’, Kendrick Lamar’s ‘Humble’, Post Malone’s ‘Rockstar’ and Lil Uzi Vert’s ‘XO Tour Life’ – until the stage lit up as Jaden bounded on it. 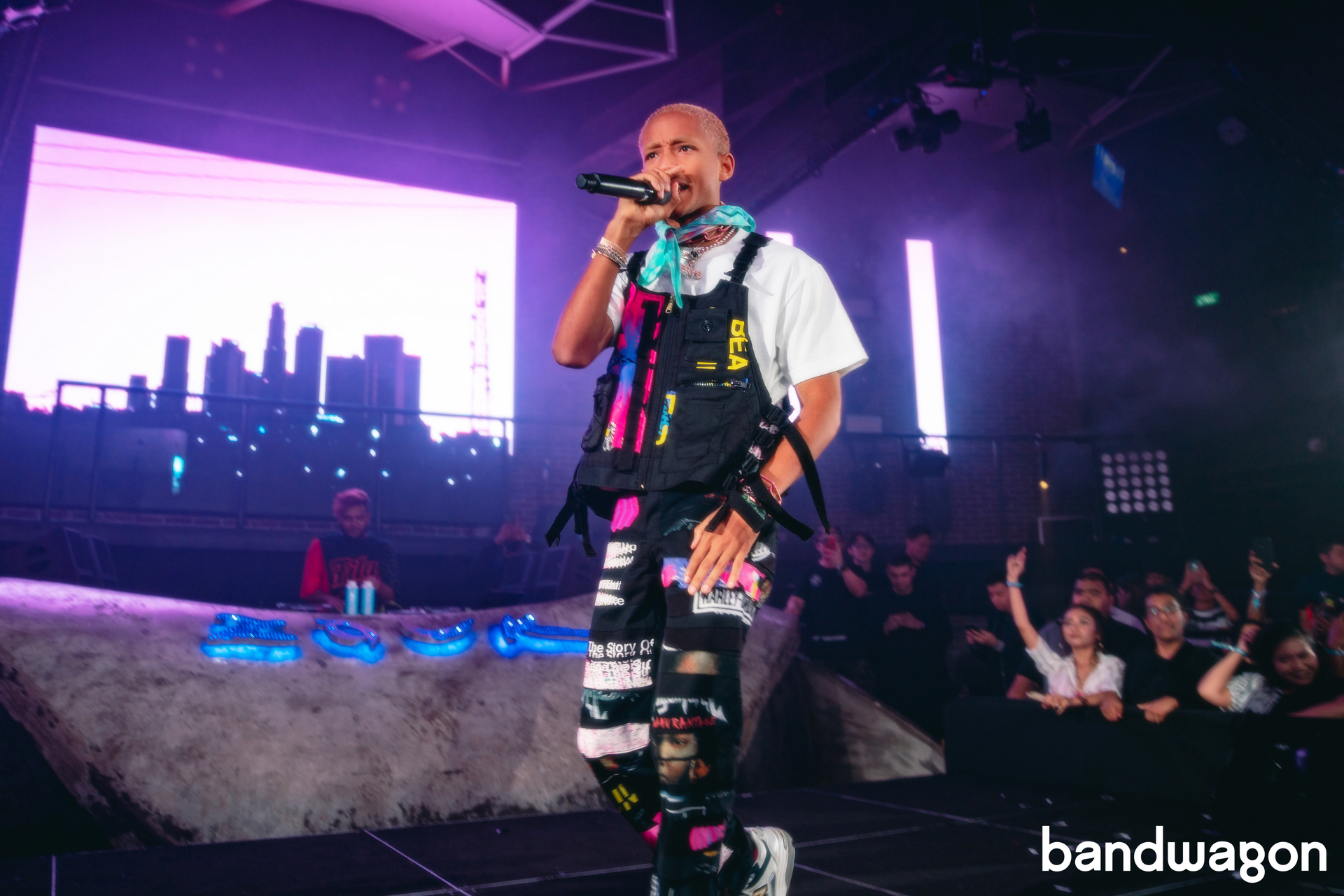 “I go by the name of Jaden Smith”, he said, by way of needless introduction, only to be greeted in return by the totality of screams from the multi-level room. His dressing, postmodern punk with era-defining chic, was but a footnote in his larger head-turning thrall. Though his set was all the way frenetic and unrelentingly high-energy, his first few minutes on stage were particularly kinetic. 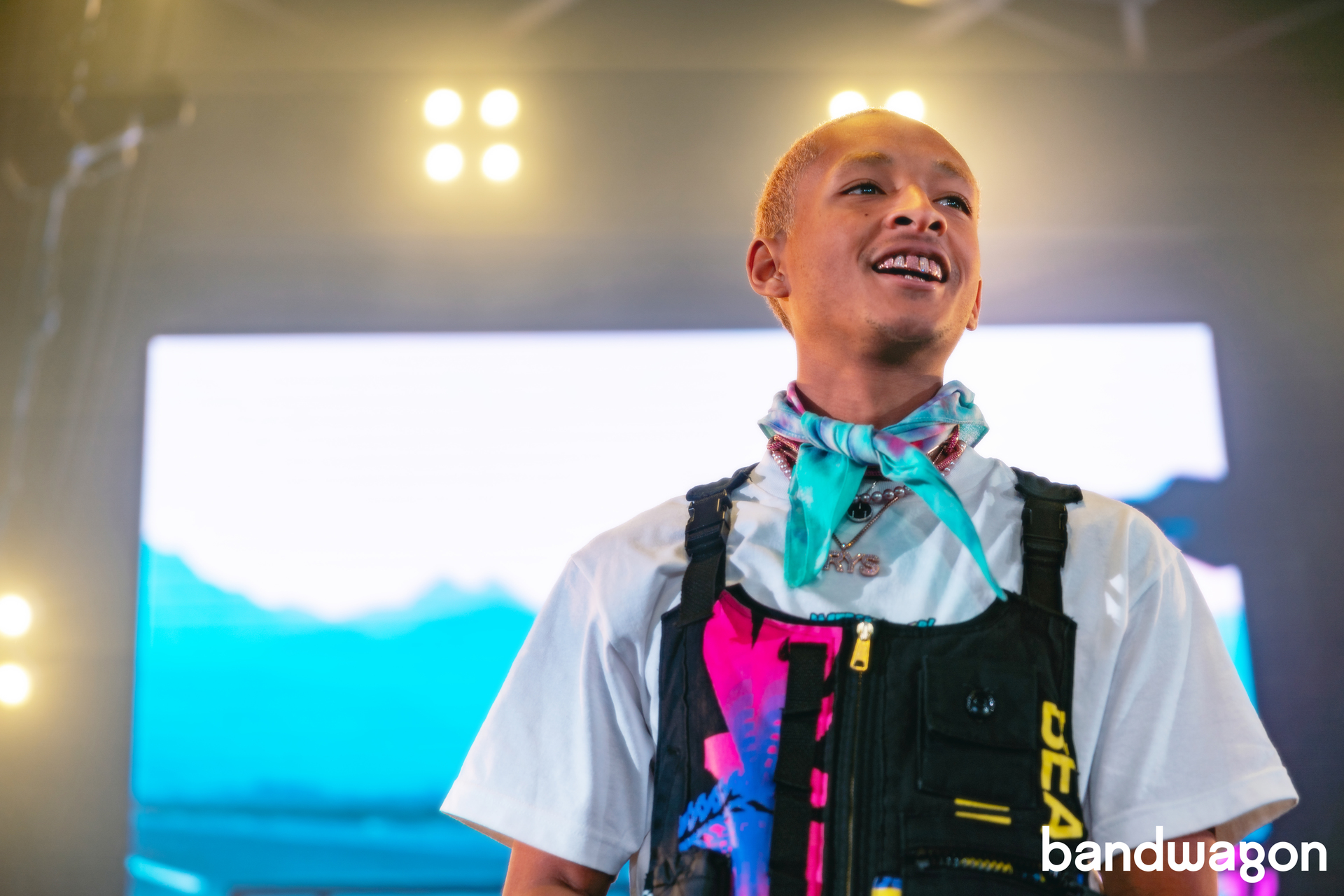 I was struck by one major revelation: He actually rapped. Unlike a lot of rappers who are content to hype or ad lib over their house-speaker-blasted songs live, Jaden rapped each word before our very eyes. His songs are forged in the sweet spot of being able to be savoured in the block-out-the-world privacy of one’s headphones or, like then, en masse, in roomful of jumping people. In the latter setting, it’s the role of the centrepiece to continually harness and elevate that energy, sweep it into something increasingly more contagious and sublime. But Jaden did that and rapped. 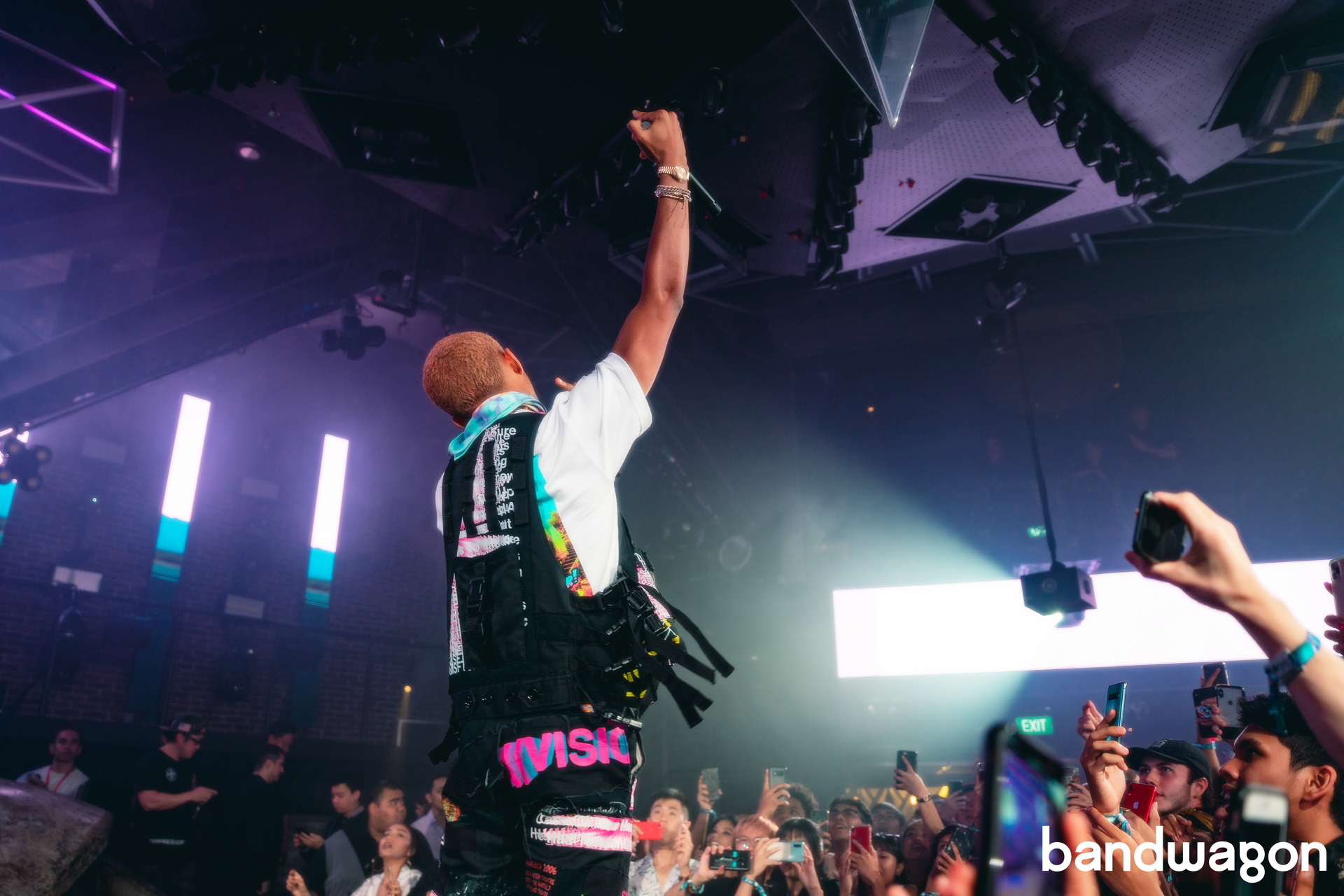 One other thing: He shook and dapped any hand that was stretched out to him. He is one on the most famous people on the planet, but his humility was immaculate and natural. He didn’t need to fake it because it was very obviously there. Criss-crossing the stage as fast he did to make sure all corners and sides got his attention came as organically to him as his dance moves. 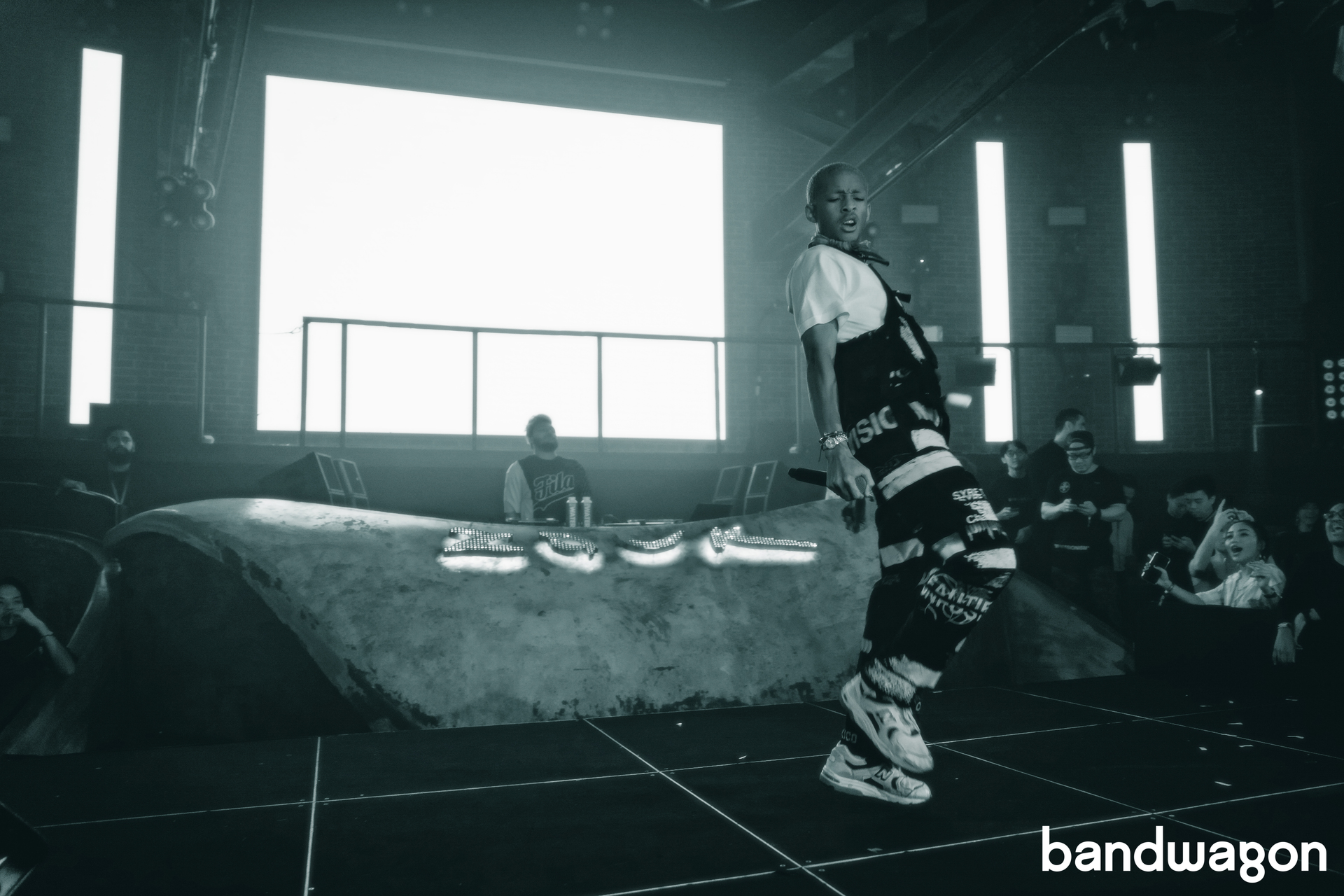 As expected, the big songs got the biggest reactions. As confetti cannons blessed the room with their payload, Jaden fired off ‘Batman’ from his vantage point. On record, the song is energetic. But sped-up live, it’s a blast to adrenaline into an already-soaring mass of bodies. The hook became a mantra –“Batman, batman, batman” – as limbs obeyed the demands of the turbocharged ritual. 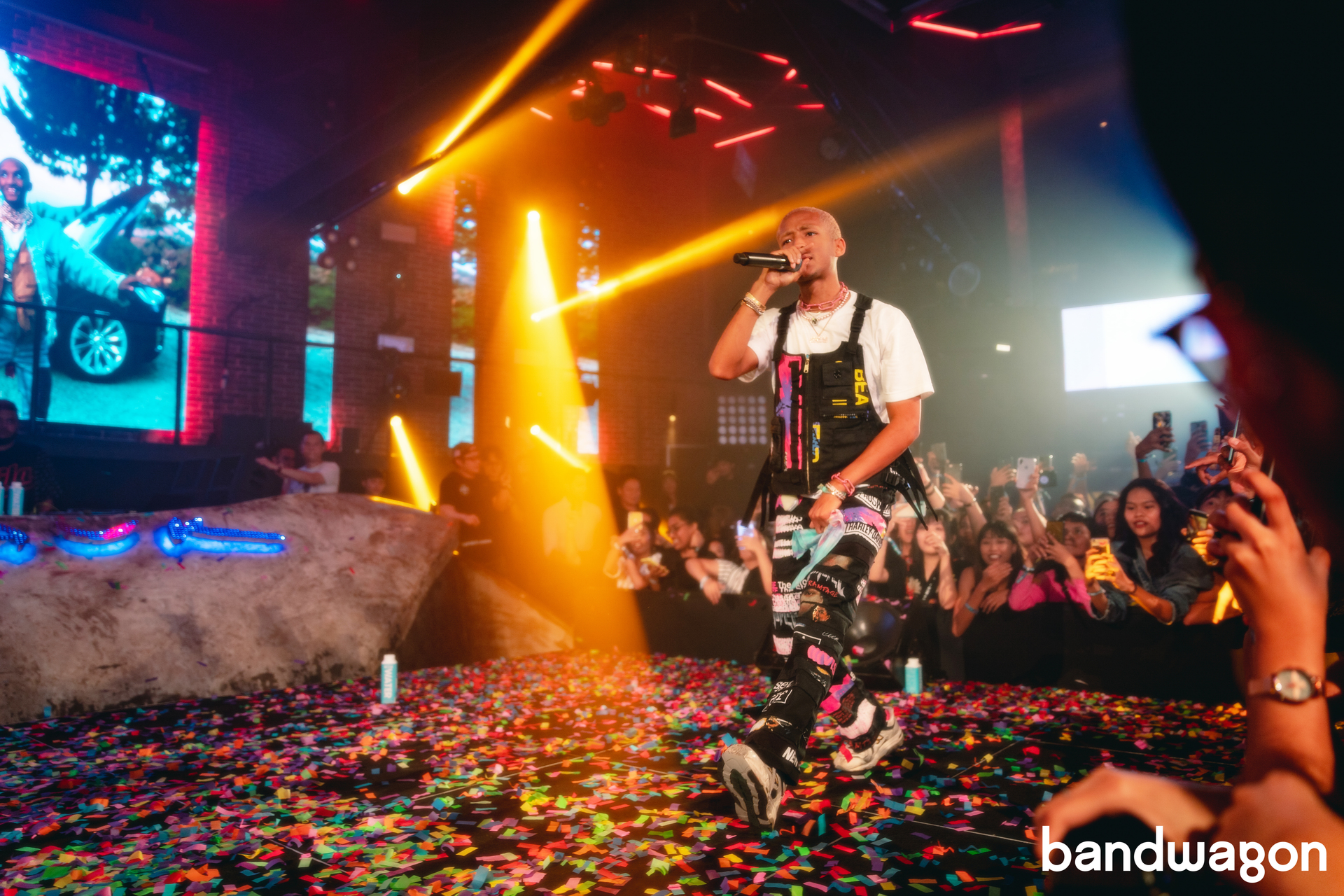 Then, as a pregnant pause fell over the room, he ushered ‘Icon’ into our consciousness. Once more, confetti was blasted into the stratosphere as a screaming, writhing, jumping Jaden belted his most reverberating calling card. Hearing that song, which has existed in the culture as trumpet call to let loose for the past two years, live, is a supremely uplifting and visceral experience. It’s both welcoming and final, fire-starter and mic drop.

And just like that, as ‘Old Town Road’ – a song that owes its appeal to the rule-breaking spirit that Jaden has moved with since the get-go – wafted into the mix, he was gone.