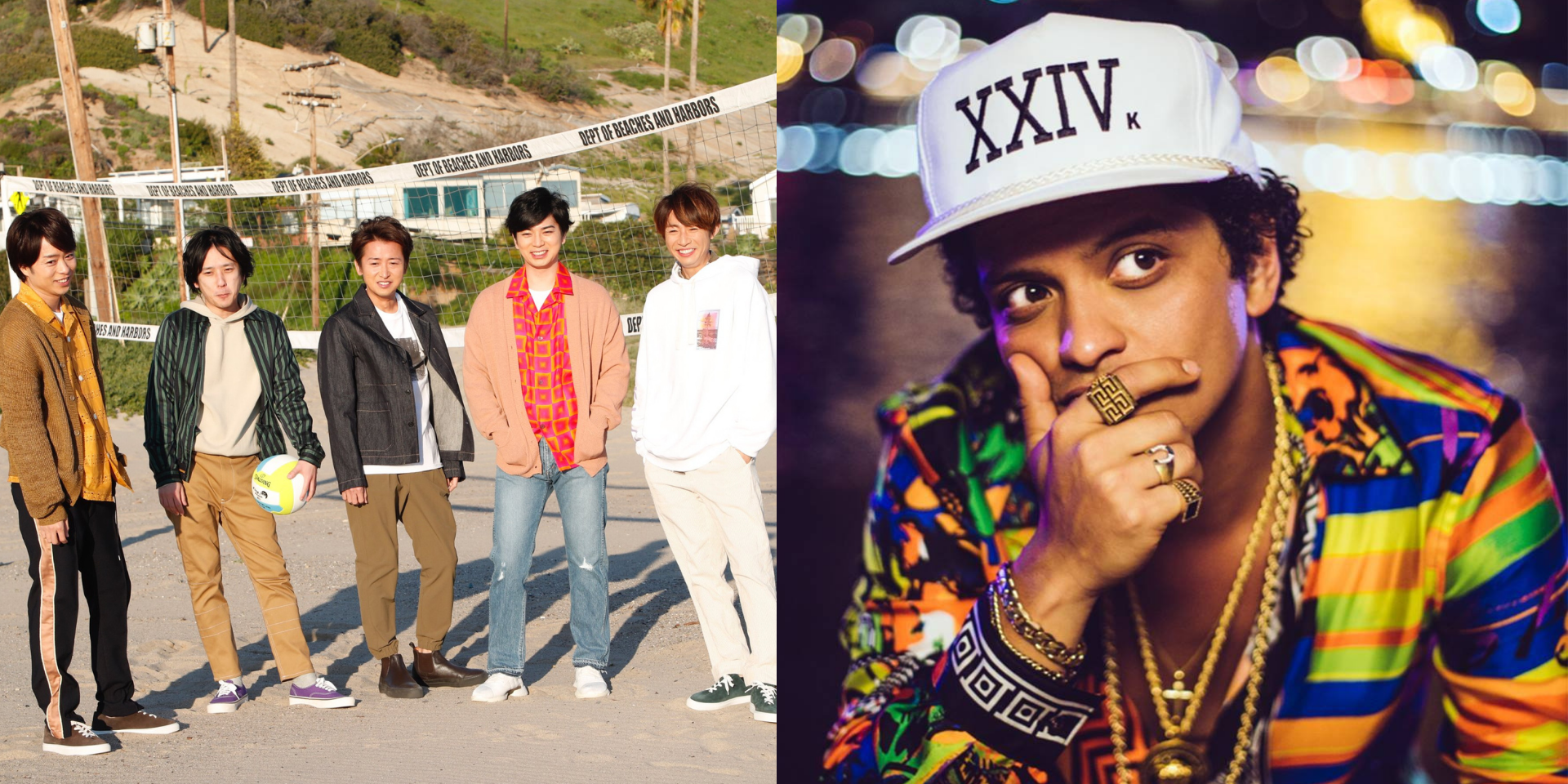 We've seen how the K-pop wave has dominated the global music industry this year, but J-pop is certainly keeping up.

ARASHI, one of the best-selling J-pop groups ever, has teamed up with American singer-songwriter Bruno Mars for their new single, 'Whenever You Call'. Regarded as mainstays in the Japanese entertainment scene, the group has been together since 1999.

Dropped on 18 September, the quintet's new single produced by the Grammy-award winning artist marks their first-ever English song The upbeat and soulful pop song with lyrics personally penned by the American artist was accompanied by a music video that has garnered over 4 million views since its release.

Due to the COVID-19 travel restrictions, ARASHI was unable to fly over to LA as originally planned, so they managed to make it work over the cloud.

j-Our new single "Whenever You Call" is out Friday, September 18! A big thank you to Bruno Mars for producing this track for us! Can't wait for you to hear it! Pre-save "Whenever You Call" now! https://t.co/23ppXFNUy6#WheneverYouCall #嵐 #ARASHI pic.twitter.com/iInZRua9cZ

In an interview, ARASHI stated that they hoped the Japanese-American crossover collaboration would influence more Western audiences to discover and appreciate their music. "It's a great opportunity to have lots of people listen to our songs. There are many people who don't know about ARASHI but know Bruno Mars. I'm happy if those people would listen to our song because it's written by Bruno," ARASHI shared.

In early 2019, the group announced that they would be going on an indefinite hiatus after December 31, 2020.

Watch the official music video for 'Whenever You Call' here:

Check out the dance version: