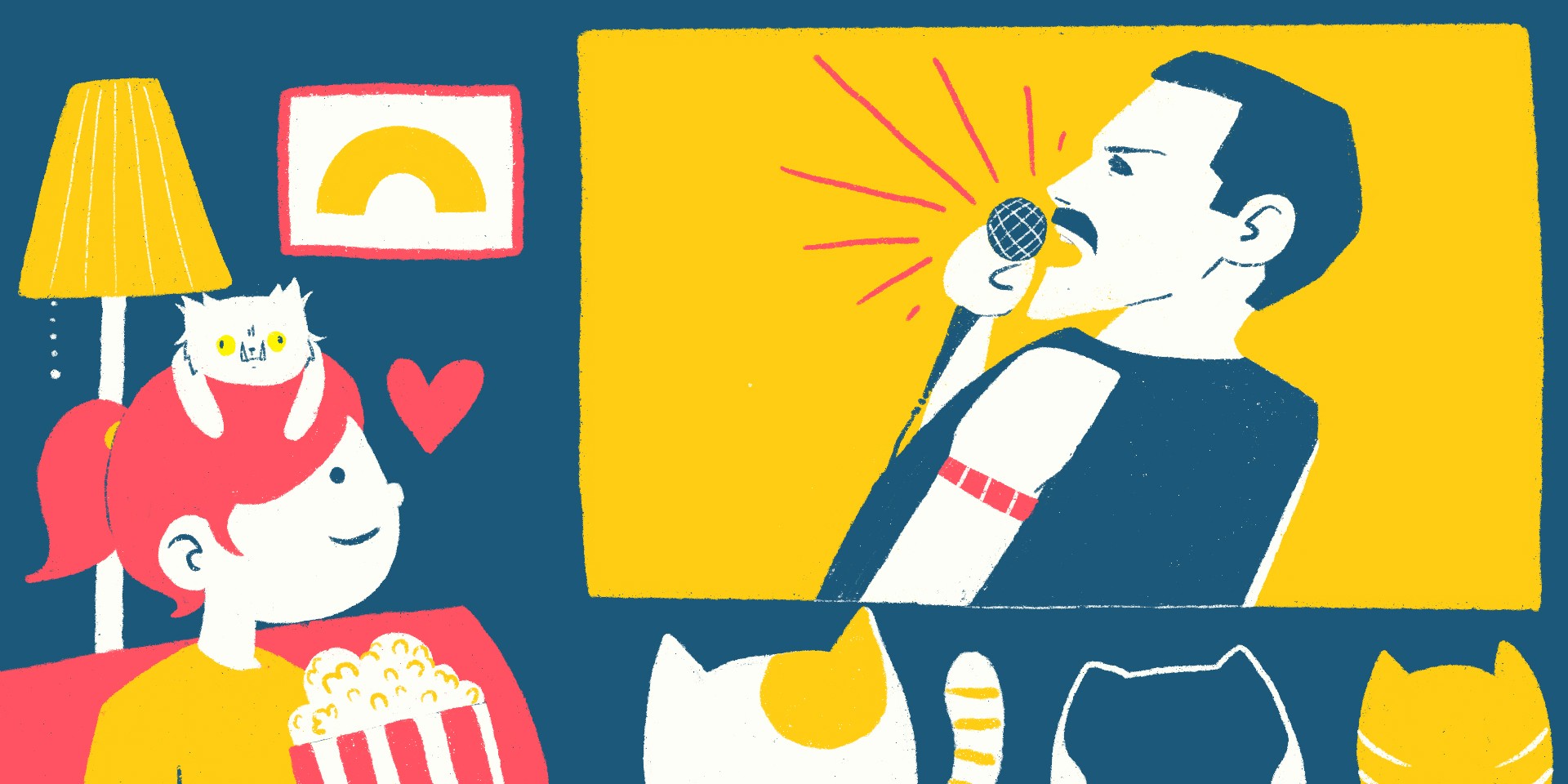 Being under quarantine doesn't have to be all doom and gloom. There's always something you can do to lighten things up.

Things have been really shaky since the novel coronavirus broke out. It's forced countries to go into lockdown and its citizens trapped inside their homes. While the "community quarantine" has only been around in the Philippines for nearly a week, a lot of people are already trying to find things to do to pass the time safely like sharpening their creative skills, catching up on their to-read pile, creating memes, and binge-watching everything on Netflix.

Gigs are cancelled, here's how you can support your favorite musicians

Here are some music documentaries you can stream from home.

Coachella: 20 Years in the Desert

Take a trip down Coachella's vivid history on the festival's 20th anniversary.

Taylor Swift's documentary Miss Americana offers a look into the iconic pop star's life, during a transformational period of growth and independence.

Miles Davis: Birth of the Cool

Jazz icon Miles Davis is one of the most influential artists in the world, making him an artist who transcends generations through his music. Birth of the Cool explores the genius behind the music through archival photos and home videos, manuscripts, original paintings, and more.

Look Mom I Can Fly follows American rapper Travis Scott through his rise up the charts and his third studio record Astroworld.

Lady Gaga's documentary Five Foot Two shows a glimpse of the 'Stupid Love' singer's glamorous life and the physical and emotional pain that comes with it.

Where to stream: Amazon Prime

Take a look at the humble beginnings of the Jonas Brothers with their documentary Chasing Happiness, which is packed with personal interviews, never-before-seen footage, and exclusive music.

Clive Davis: The Soundtrack of Our Lives

The Soundtrack of Our Lives follows one of the biggest producers in music, Clive Davis, who has worked with the likes of Bruce Springsteen, Billy Joel, Santana, Westlife, Whitney Houston, Barry Manilow, Air Supply, Alicia Keys, TLC, Usher, Outkast, and Earth Wind and Fire.

A Head Full of Dreams: Coldplay

Where to stream: Amazon Prime

Get an in-depth and intimate look into the lives of Coldplay from their early beginnings from Camden pubs to selling out massive stadiums worldwide.

Starting Now follows the story of DIIV and their sessions recording Deceiver with producer Sonny Diperri.

Steve Aoki's I'll Sleep When I'm Dead, directed by Justin Krook, gives an introspective look into the life of the acclaimed DJ and his greatest passions.

Tokyo Idols offers a glimpse into the world of Japanese pop music and the cultural phenomenon behind their girl groups.

Follow MC and journalist Shad Kabango as he meets some of the world's biggest hip-hop superstars to trace their influence into today's society.

Where to stream: Apple TV

Get up close and personal with Mike Diamond and Adam Horovitz of the Beastie Boys as they talk about their 40-year journey together with their upcoming documentary Beastie Boys Story, directed by Spike Jonze.

Bruce Springsteen’s Letter To You

Where to stream: Apple TV+

Bruce Springsteen’s Letter To You offers a peek into the rock legend’s creative process for his new album Letter To You recorded live with The E Street Band, in-studio footage, unreleased archival material, and insights from the artist himself. The documentary premieres Friday, 23 October.

Originally released as a four-part docuseries in 2008, the documentary takes fans through the Eraserheads' musical journey from their beginnings in UP to their overwhelming success, their eventual breakup to their reunion concerts.

Burn The Stage: The Movie takes us behind the scenes of the BTS Wings Tour in 2017, where the group played 12 countries and 20 shows throughout the year. The film follows the global K-pop superstars' rise to worldwide fame and features exclusive tour footage, plus one-on-one interviews with the Bangtan Boys. An accompanying 8-episode series is also available via YouTube Premium.

Where to stream: Weverse

Break The Silence, the latest BTS film takes fans through the group's massive 2019 Love Yourself: Speak Yourself Stadium Tour. The film comes with a commentary version, with the members reacting to the film. A 7-part series of the same title is also available on Weverse.

J-pop group ARASHI debuted in 1999 and have recently announced that they will be going on an indefinite hiatus after December 30, 2020. The new Netflix docuseries takes fans through the bestselling group's final year together before saying goodbye (for now).

The beloved podcast series Song Exploder has found a new home on Netflix. “It was the most incredible feeling, and with Song Exploder, I wanted to take that feeling and go even further. It’s been so exciting to turn it into a television show, because it’s provided a chance to immerse yourself in the music — and the ideas behind the music — in a deeper way than I ever imagined, Hrishikesh Hirway, host and creator of the popular podcast series shared.

Rex Orange County recently dropped his live album, Live At Radio City Music Hall, as well as a new documentary, Funny How Things Go From One Thing To Another. The documentary follows the singer-songwriter on his Pony tour across the UK, Ireland, Europe, and North America, before having to stop because of the ongoing coronavirus pandemic.

Where to watch: Apple TV

Billie Eilish is giving the world a peek into her early years with the release of her full-length documentary, Billie Eilish: The World's A Little Blurry. An Apple TV exclusive, the film is slated for release in February 2021.

Shawn Mendes' feature-length documentary, In Wonder, is set to premiere on Netflix on November 23. Directed by acclaimed music video director, Grant Singer, who also worked with the likes of Taylor Swift and Ariana Grande, the documentary will feature an intimate look at the singer-songwriter's life and musical journey. His forthcoming album, Wonder, is slated for release on December 4.

BLACKPINK: Light Up the Sky

Get an all-access pass to look into the lives of BLACKPINK through never-before-seen footage, including audition clips, videos and photos from their childhood, behind the scenes clips, and so much more with their first full-length documentary BLACKPINK: Light Up the Sky.

In celebration of their 3rd anniversary, H1GHR MUSIC presents an inside look into the label's heart and soul. Split into several episodes, the docu-series revolves around the last three years of the record label and what's to come in their next chapter.

Ahead of the release of their 10th studio album, EPIK HIGH IS HERE will take fans through part 1 of the upcoming double record. The group talks about the stories behind the songs and gives fans an inside look into their creative process.

Filipina singer-songwriter ((( O ))) sheds light on her moniker and musical and spiritual journey in this short documentary.

P-pop group SB19 take fans through the making of their comeback single and music video, What?, in this 5-part docuseries.

The World Health Organization (WHO) recommends everyone to regularly wash their hands, cover their mouth and nose when coughing and sneezing, and thoroughly cooking meat and eggs.