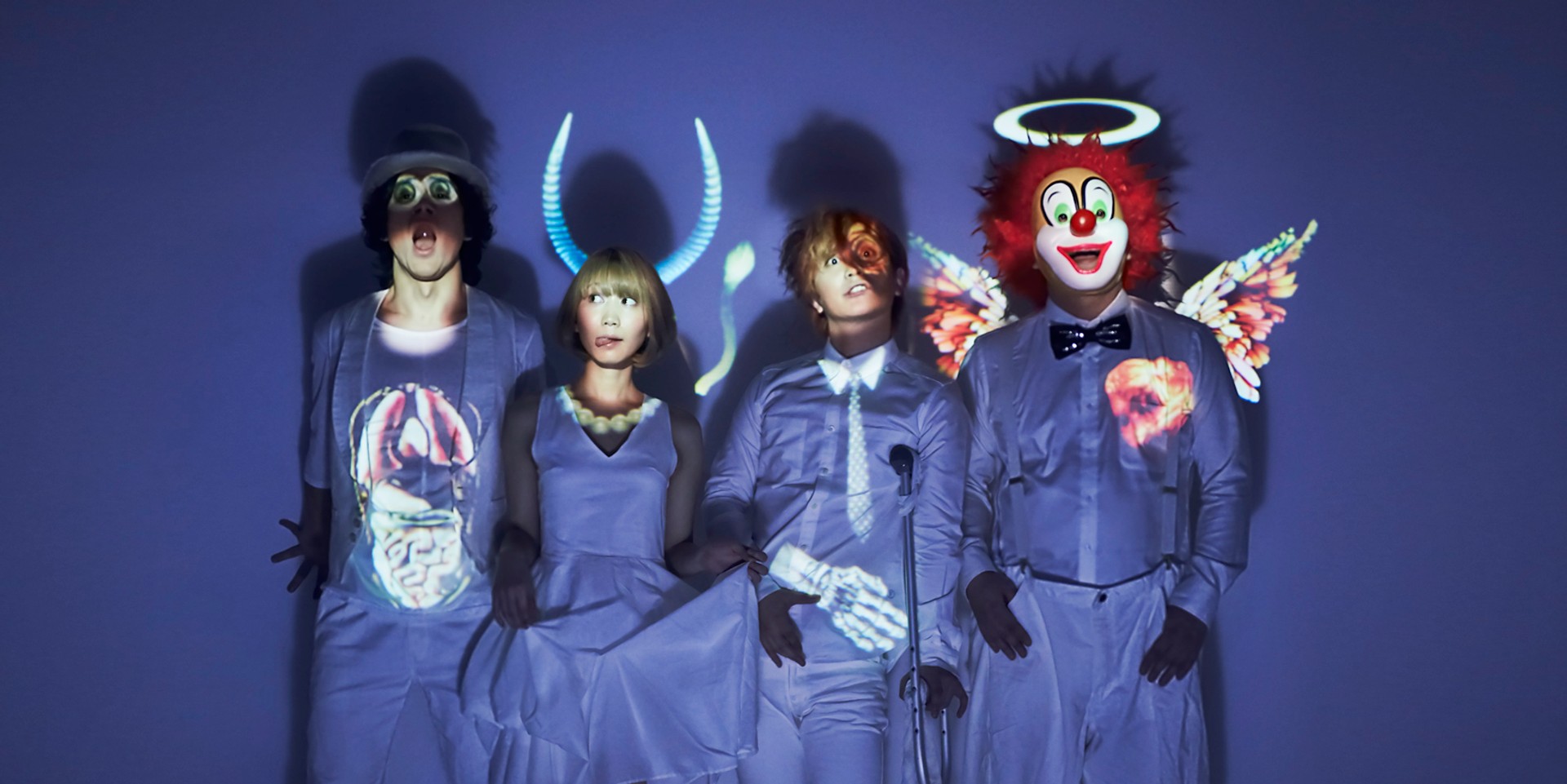 One of the biggest acts in Japan happen to have a DJ dressed as a clown, but they're also gaining steam in the rest of the world.

The band initially started out as an alternative rock outfit, but have since embraced stronger pop elements, fusing in synth-pop and EDM and performing songs with English lyrics.

Since then, their concerts have grown to be a huge attraction in their native Japan, especially with their songs used as theme songs for the live-action adaptations of anime Attack On Titan, but they're also currently building their fanbases around the world.

For now, fans might get a preview of their new songs at The Coliseum. Tickets are priced at SG$118 and VIP packages are available at SG$168 through Apactix from January 20th, 10am. Citibank card customers will be able to purchase pre-sale tickets beginning 18 January, 10am until 19 January, 11.59pm.

Here's what we thought about Sekai no Owari when we caught them in Malaysia alongside Jason Derulo and Carly Rae Jepsen.

Watch the music video for Sekai no Owari's 'Hey Ho': 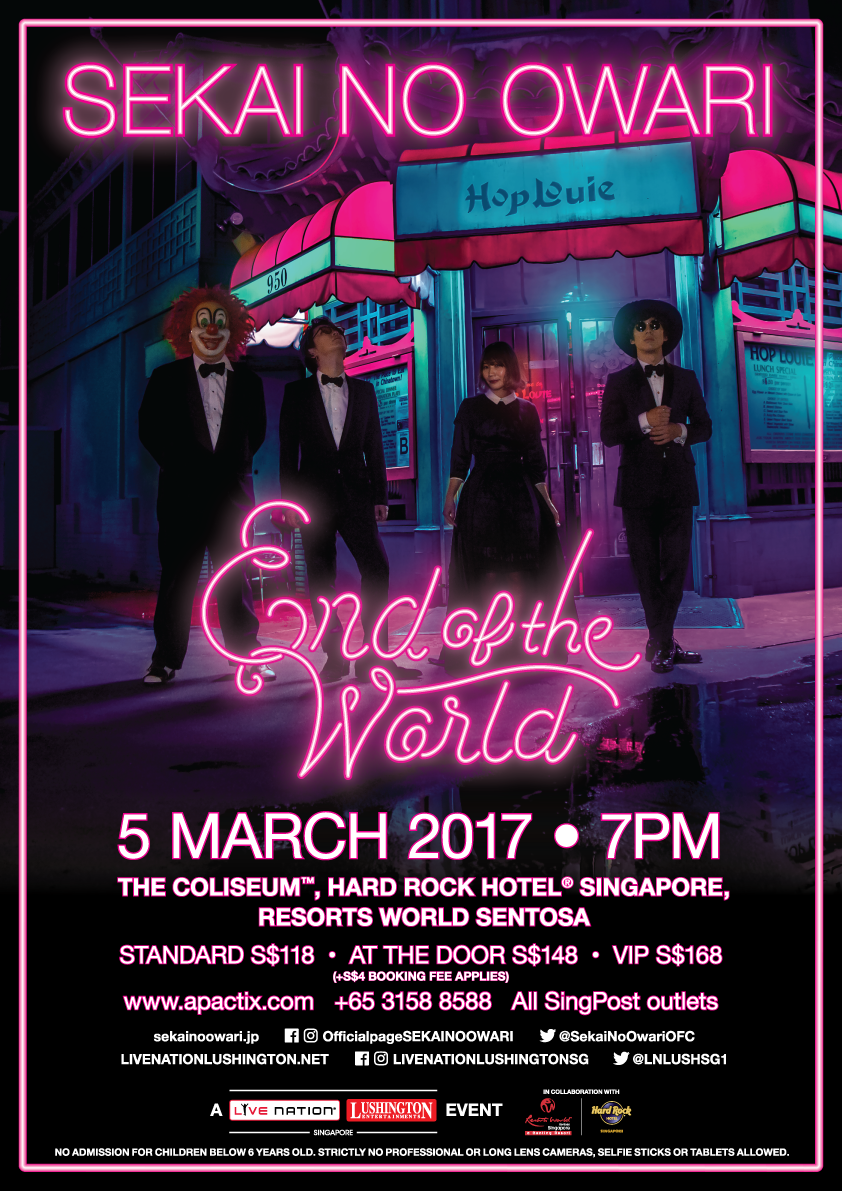