With the annual MTV World Stage, the music channel's penchant for modern-day extravagance and all-rounded inclusion reaches its zenith — from its elaborate, LED-infested stage to its ability to generously provide free tickets for all concertgoers, they've certainly practiced a "music-first" belief that extends out of TV, in some ways putting to rest the oft-used adage that MTV "doesn't play music videos anymore".

MTV World Stage is hosted every year in Malaysia, a country with 30 million people and (presumably) hundreds of thousands of music junkies. With a consistently huge annual turnout, it's one way for various popular music fans to connect through a live experience. It's a gathering of the Huggalos — the exuberant youth who permeate the grounds of Sunway Lagoon every year. For all your preconceived mistrust towards pop music, it's hard not to be assimilated into the euphoria once the first act lands onstage.

No matter how diehard the fans may be, the discernment (or lack of discernment) hardly becomes a bad thing and instead, manifests into a widespread joy of simply being entertained.

With that in mind, here's what made up the live experience of MTV World Stage Malaysia 2015. 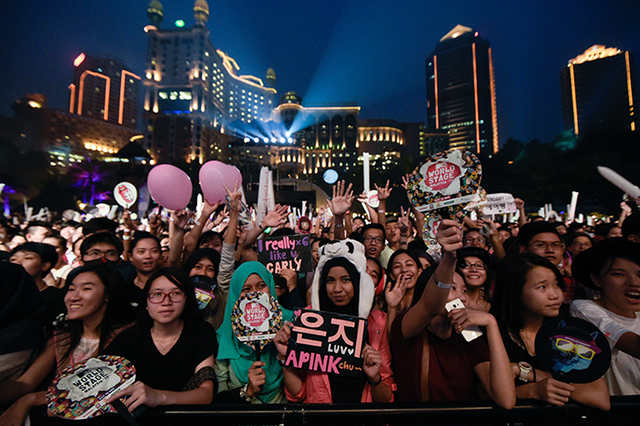 No surprise — plenty of fans for Jason Derulo and Carly Rae Jepsen.

Big surprise — majority were there for K-pop group Apink. Turns out Malaysia has been unceremoniously deprived of major K-pop concerts, so MTV's stable roster of South Korean acts every year never fails the deprived Malaysians of their dose of saccharine Korean electro-pop music.

Coolest part about @mtvasia's #WorldStageMY? You can drop pop hits or hip-hop bangers and the crowd will embrace it all. 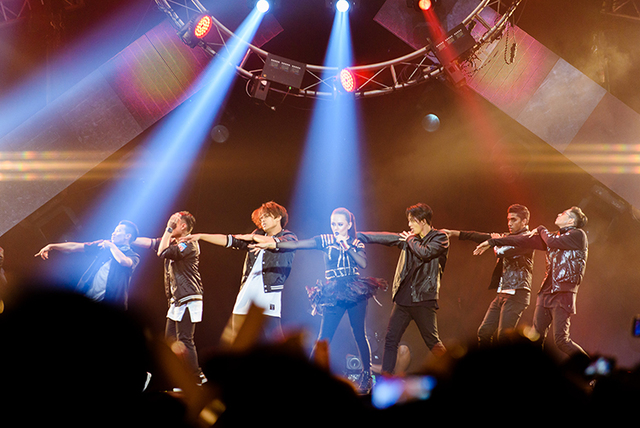 Malaysian singer Stacey was voted by fans to open the festival and she certainly made a big impression, even if it was just for one song. Tight choreographed moves, guest rapper, vivid lighting show, all engaging... for about four minutes. Hopefully future Malaysian acts get more set time! 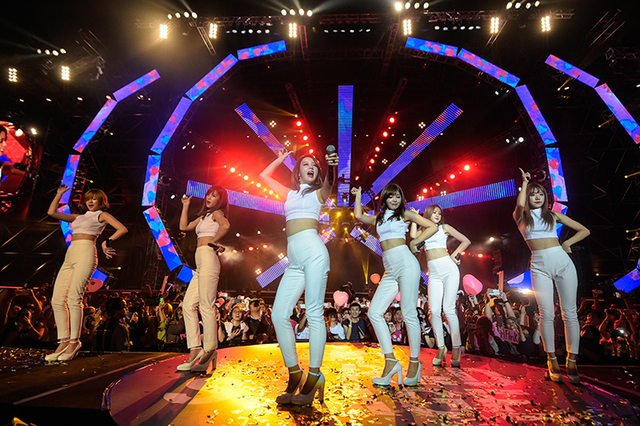 Like we said, Malaysians haven't been as fortunate as the rest of us to regularly catch K-pop favorites live in big stadiums with $288 seats. MTV World Stage has provided that opportunity, with free tickets to boot. +100 points, MTV! 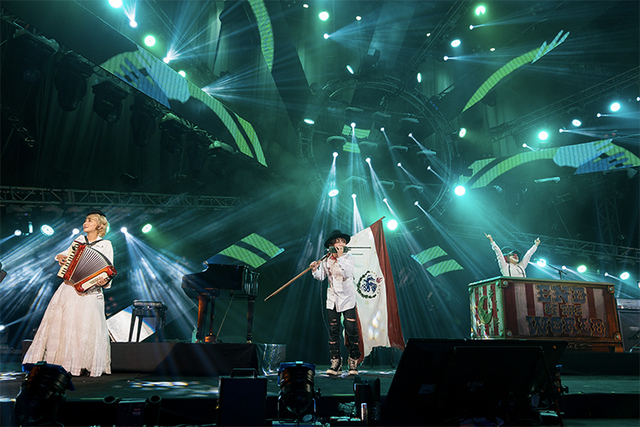 We're not kidding. Despite the Japanese band's characteristically outlandish outfits, along with a DJ dressed a clown (this is important), Sekai no Owari were essentially an EDM-influenced synthpop group that were raised on a diet of Owl City and Lights in teenagehood. A bit disappointing, but watching a Japanese clown speak Malay behind a DJ deck will be etched in my mind forever. 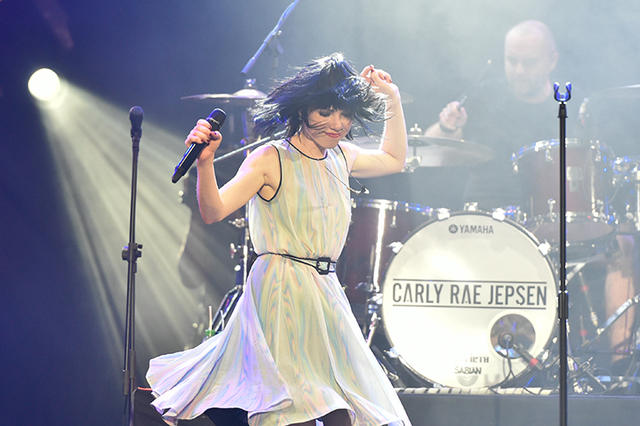 We've made it known that we adore Carly Rae Jepsen's new album E•MO•TION — a record unafraid to be so shamelessly pop with a stunning maturity in production and lyrics. We saw Carly Rae two years ago at Gardens by the Bay and we were left moderately impressed, if not amused at her seemingly ingenuous personality. Two years on, with an addictive new album, her presence has manifested into something utterly likeable, and it contributed into the best set of the night. Fun tunes? Check. Immensely charming performer? Check. Saxophonist? CHECK BAKER.

The one and only, the Jason Derulo. We have no proper words to form a paragraph, we'll just list the most memorable totally-legit-not-made-up quotes of the night. Here we go... 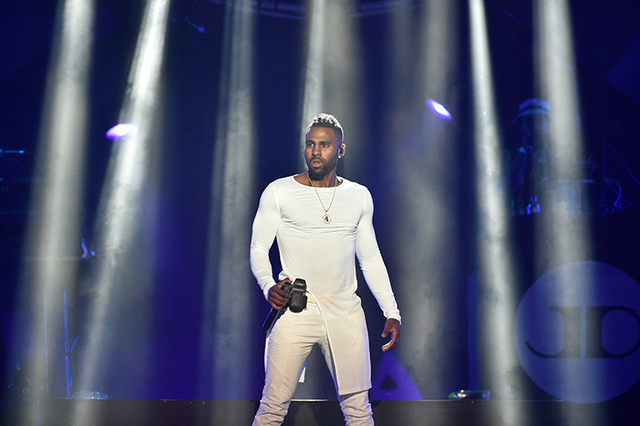 "who these people where am I what's my name

jk I know my name but seriously who are you people" 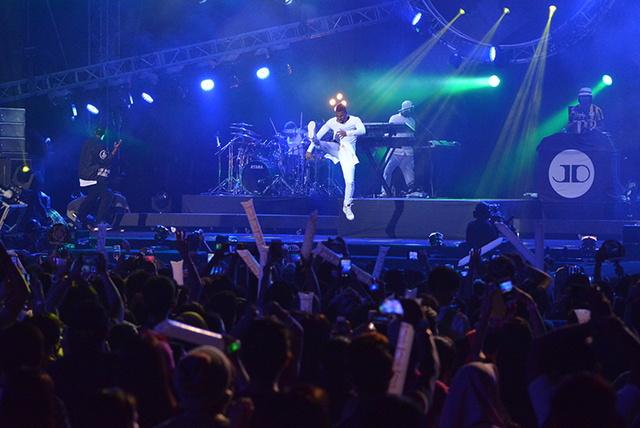 "CAN USHER DO A FLYING KICK, MALAYSIA??" 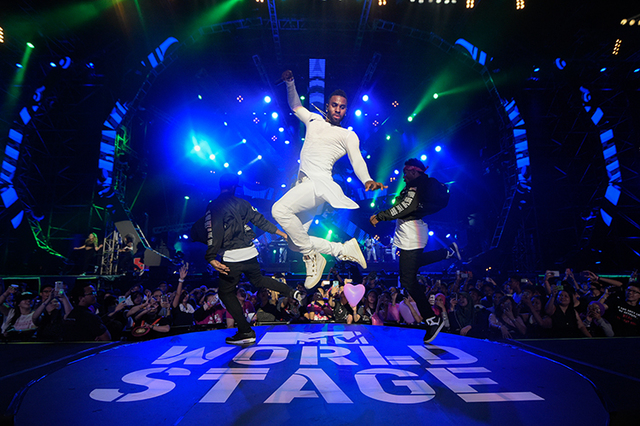 "Why isn't my name printed onstage?" 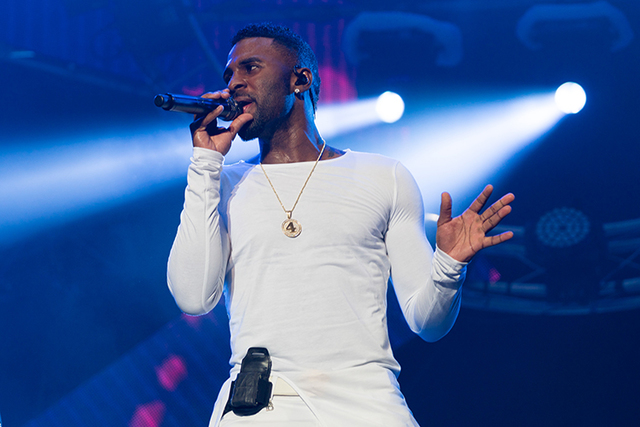