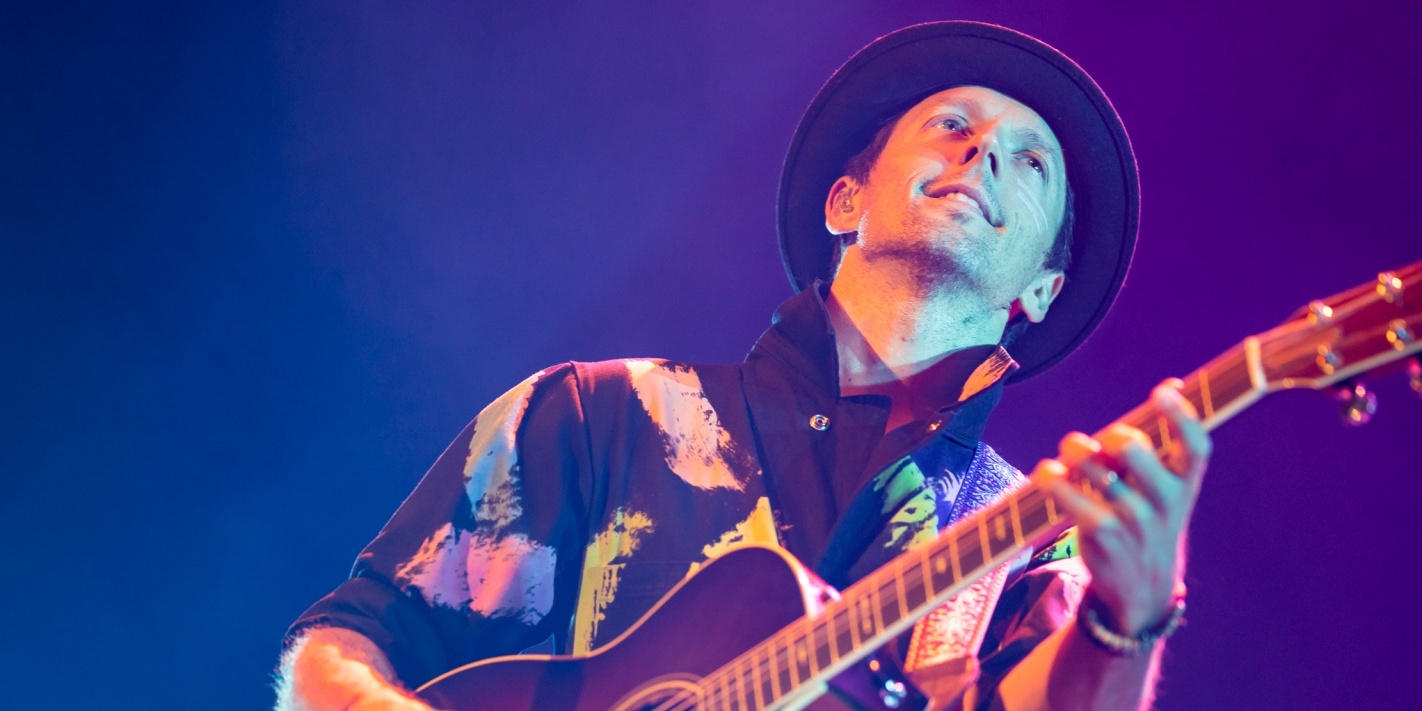 Words by Katherine A.
Photography by Lushington Entertainments

To picture Jason Mraz without a fedora is like trying to use soap without water, or trying to eat pizza without cheese (if you are not vegan, you have no excuses). His signature look is one thing – it gets a lot more elevated when his attire is doing its due diligence to radiate positive vibes for the evening ahead. He sauntered onto the set from down the middle of the stage, dressed in a black patterned jumpsuit and sparkling white trainers. Armed with an acoustic guitar, he strummed the chords to ‘You & I Both’, getting the crowd immediately excited with the familiar number. The Star Theatre was packed with up to 5,000 attendees on Saturday night, and the vibe in the room was, well, good.

Travelling in his company for his Good Vibes worldwide tour is the four-woman eclectic rock-folk band Raining Jane, who covered bass, sitar, percussions, electric guitar, mini keyboard, ukulele, cello, djembe, and backup vocals. They harmonised brilliantly on ‘Let’s See What the Night Can Do’ off his latest Know. album, and followed through with a revisit into 2008 with a string of selections from We Sing. We Dance. We Steal Things. 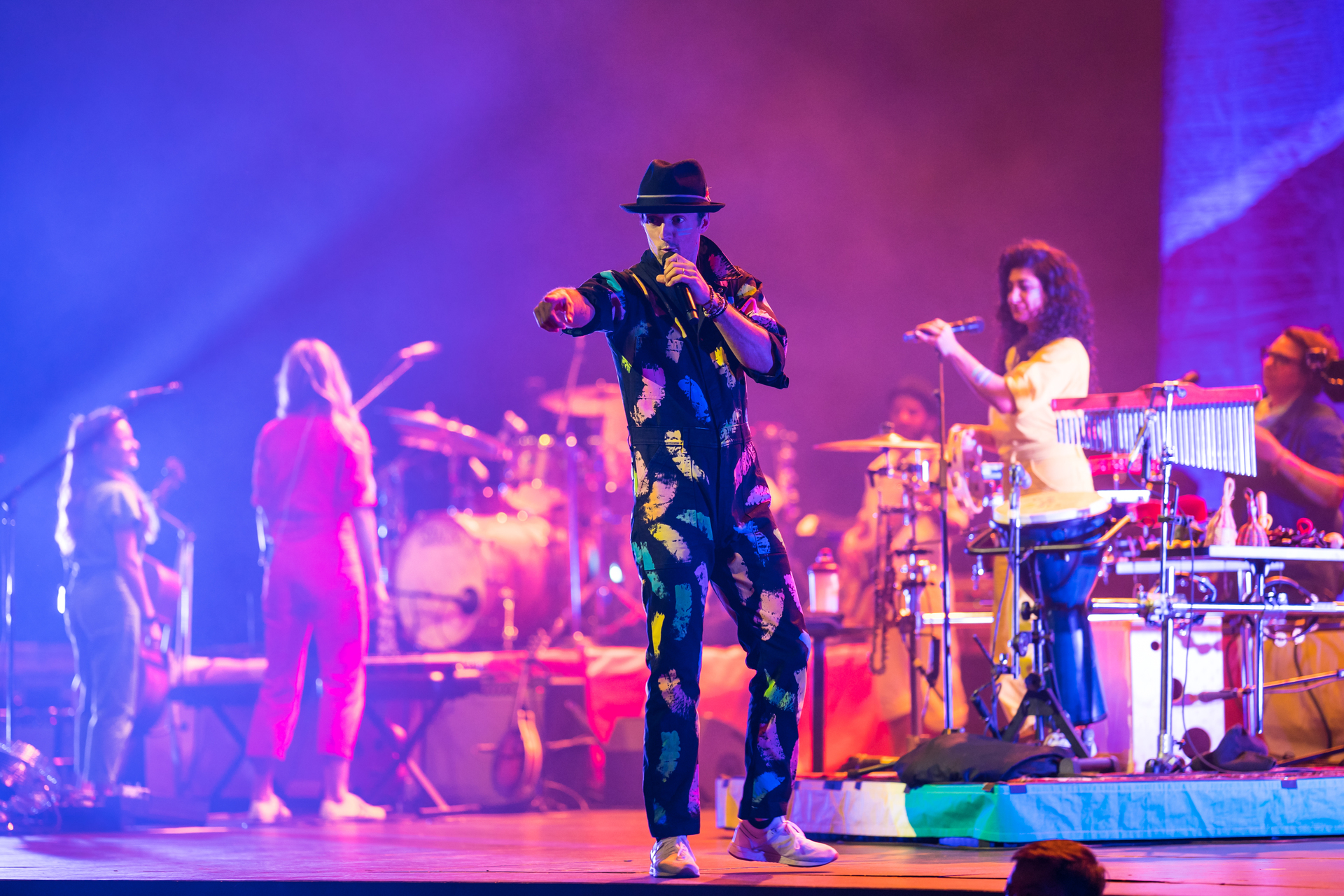 This being his seventh visit in Singapore, Mraz was not one to shy away from sashaying his whole body into perfect rhythm or sharing personal anecdotes. He performed a hilarious self-written song entitled ‘Chocolate’ that’s dedicated to his wife during their days of dating, and even gave Kanye West a shout out in jest when it came to the lyrics “The way the kinko’s loves a copy / The way that Kanye loves his Kanye”.

He thereafter fell into a monologue about the mundaneness of household objects, which turned into an exhibition of his vocal prowess, where he held a note as long as it’d take one to scarf down a Big Mac. And before he started on ‘I’m Yours’, he said the words “I love Singapore” but not before sharing another anecdote about receiving a friend’s pain-laden voicemail which included something about being on “an island of reality” and in “an ocean of diarrhea”. Go figure.

At this point, it struck me if we were supposed to feel as if we at the famous Woodstock Festival of 1969. I’ll admit I have no idea what that feels like, because the 70s happened way before I was born, but the talk of “good vibrations”, peace, love, joy, and individualism, coupled with the colourful garb draped over the sets and technicolour uniforms would suggest an attempt of reviving the flower power era. The stage lights emblazoned the set with vivid colours from blue to orange and white, all the while the words “Good Vibes” in the backdrop (done up by Mona Takavoli) stood as a grand reminder to everyone in the room the kind of attitude we were all supposed to be in. 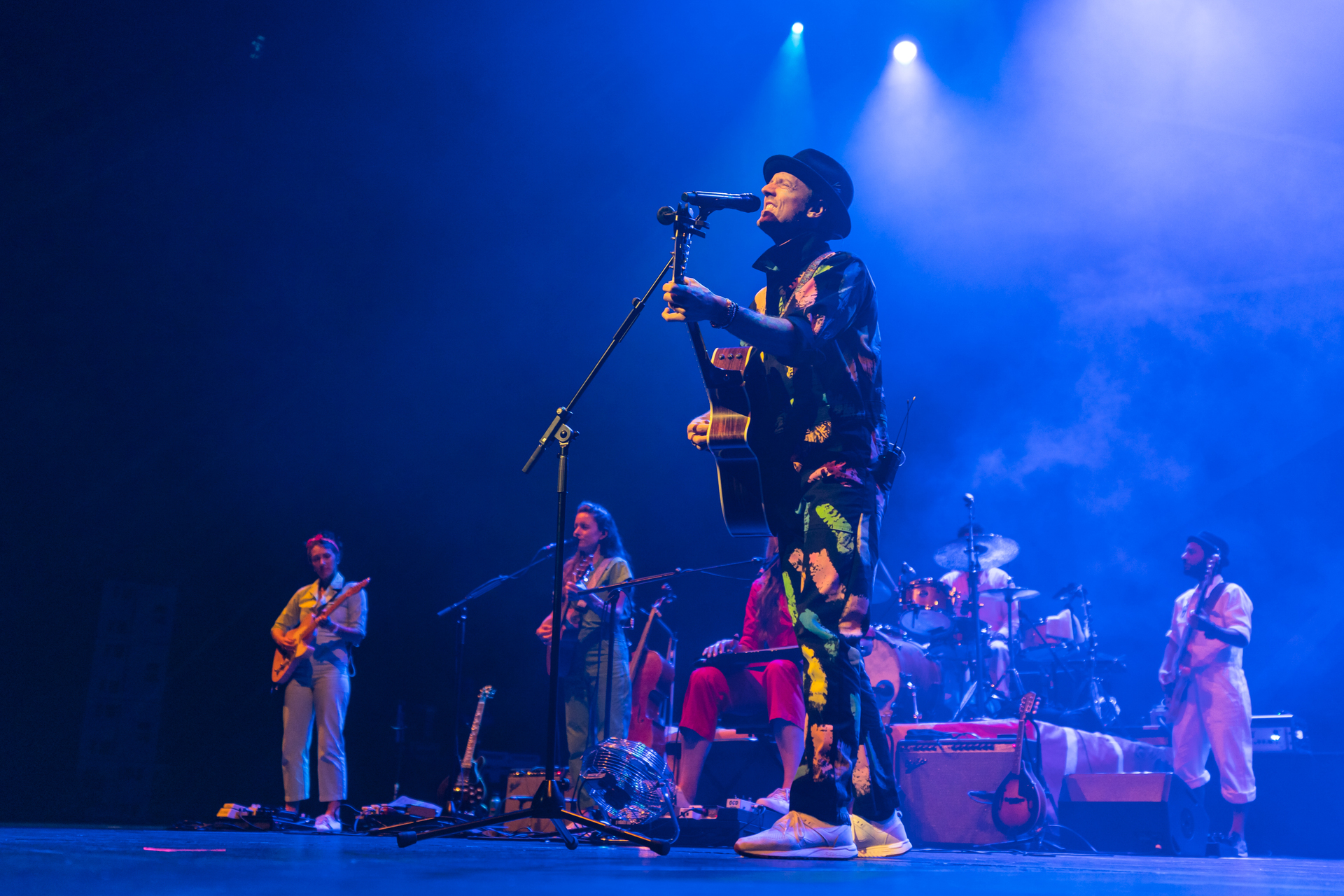 He switched it up with a powerful duet with the introduction of Manila-based artist Reneé Dominique where they performed their collaborated single ‘Could I Love You Anymore?’ and challenged each other to a series of falsetto acrobatics before delving into ‘Lucky’. It was also a treat to watch Raining Jane hit the set whenever the songs flowed from sentimental to campy, because it also meant that Mraz would be turning the stage into a dance floor at the same time, as his eye-catching jumpsuit (a garment sewed by his mother-in-law) gave him room to knee-jerk and shoulder-jab in every direction. Becky Gebhardt and Mona Takavoli got the spotlight when they performed ‘Browntown’, where the bewitching strumming of the sitar and Takavoli’s animated stage presence absolutely destroyed the cajon and chimes – in a good way, of course.

Mraz’s music championed in the early 2000s, when ‘You & I Both’ reigned supreme as one of the top anthems of choice for pubescent teenagers for their love declarations. His 2005 album, Mr. A-Z, encapsulates the early days of his lyrical talent, where ‘Geek in the Pink’ was a riveting injection of a rap story about dorks getting a girl. Come 2008, ‘I’m Yours’ was the serenading song of the year played on every acoustic guitar, and the true identity of Mraz seemed to fully form. From Love Is A Four Letter Word to Yes!, his feel-good emotions cemented him as of the best love song lyricists of our time. 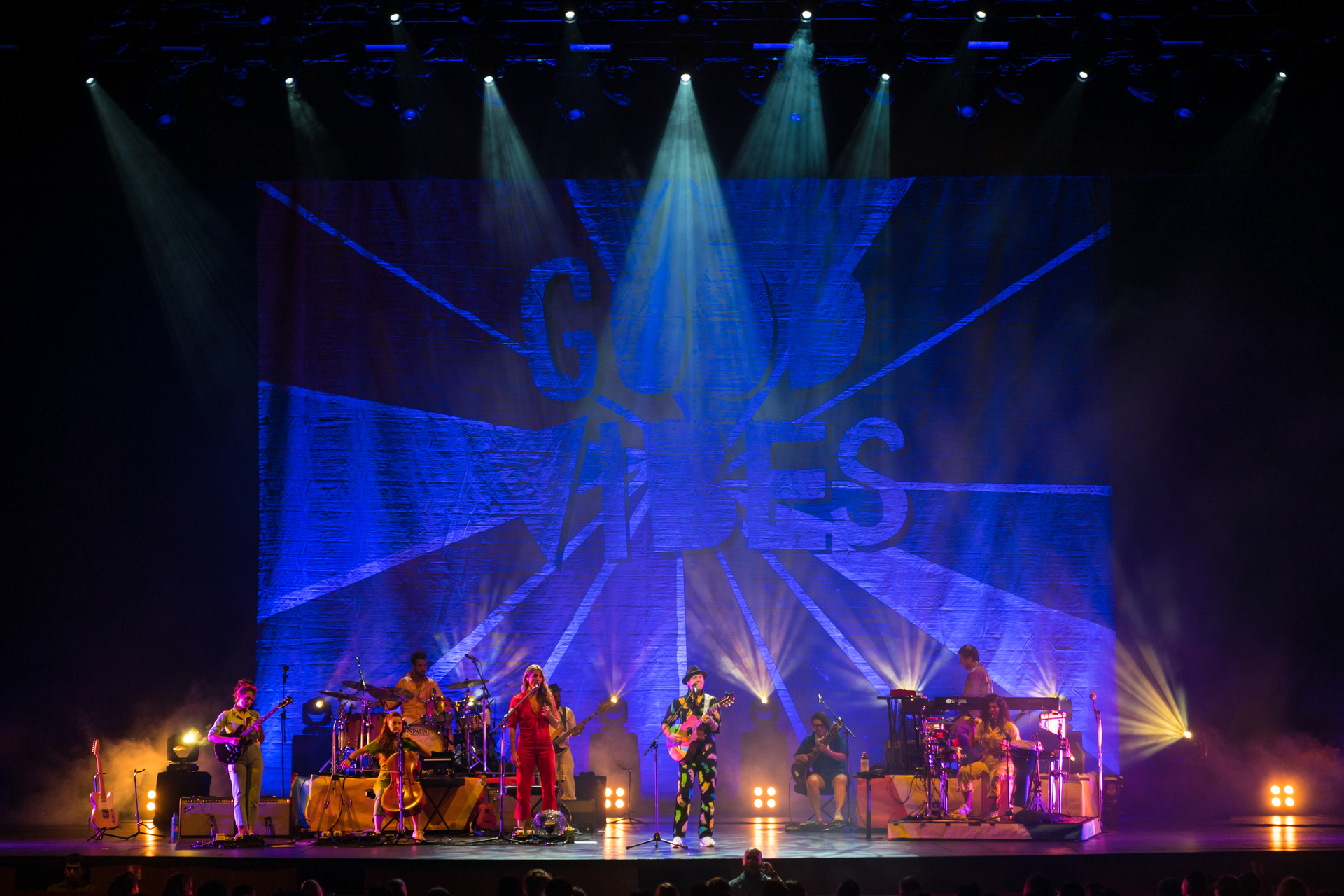 At the end of it all, one could be sick with overtly positive messages he was transmitting to the room. The only flaw the show had was not handing out gift bags filled with rainbow essence and unicorn dust. The chemistry between Mraz, his band and Raining Jane exuded a genuine happy energy that kept the audience on their feet, singing, laughing, and dancing – it was at that moment, a happy place. Mraz no doubt returned to cheers for an encore with ‘Love Someone’, wrapping the evening up with a mellow, heartfelt finish. But in the spirit of good vibrations, Mraz and gang took their bows and curtsies and danced all the way off to their exit.

New life mantra: To dress oneself in a technicolour jumpsuit or two from now on.