[UPDATE, 27 June: this post has been amended to add details about an additional show by James Morrison.]

A second show on 3 July has been added after the first one on 2 July sold out.

While best-known for his trumpet playing, the all-round entertainer plays a wide array of instruments including alto saxophone, clarinet, flugelhorn, guitar and piano. He has performed at prestigious festivals all around the world alongside other jazz legends to the names of Dizzy Gillespie and Woody Shaw, and most recently put out the album Midnight Till Dawn with his own quartet. (He's also not to be confused with the English singer-songwriter of the same name.)

Morrison last performed here in 2014 as a headliner for the Singapore International Jazz Festival. This time, he will be performing an intimate show at The NCO Club’s newly-launched Cool Cats lounge. 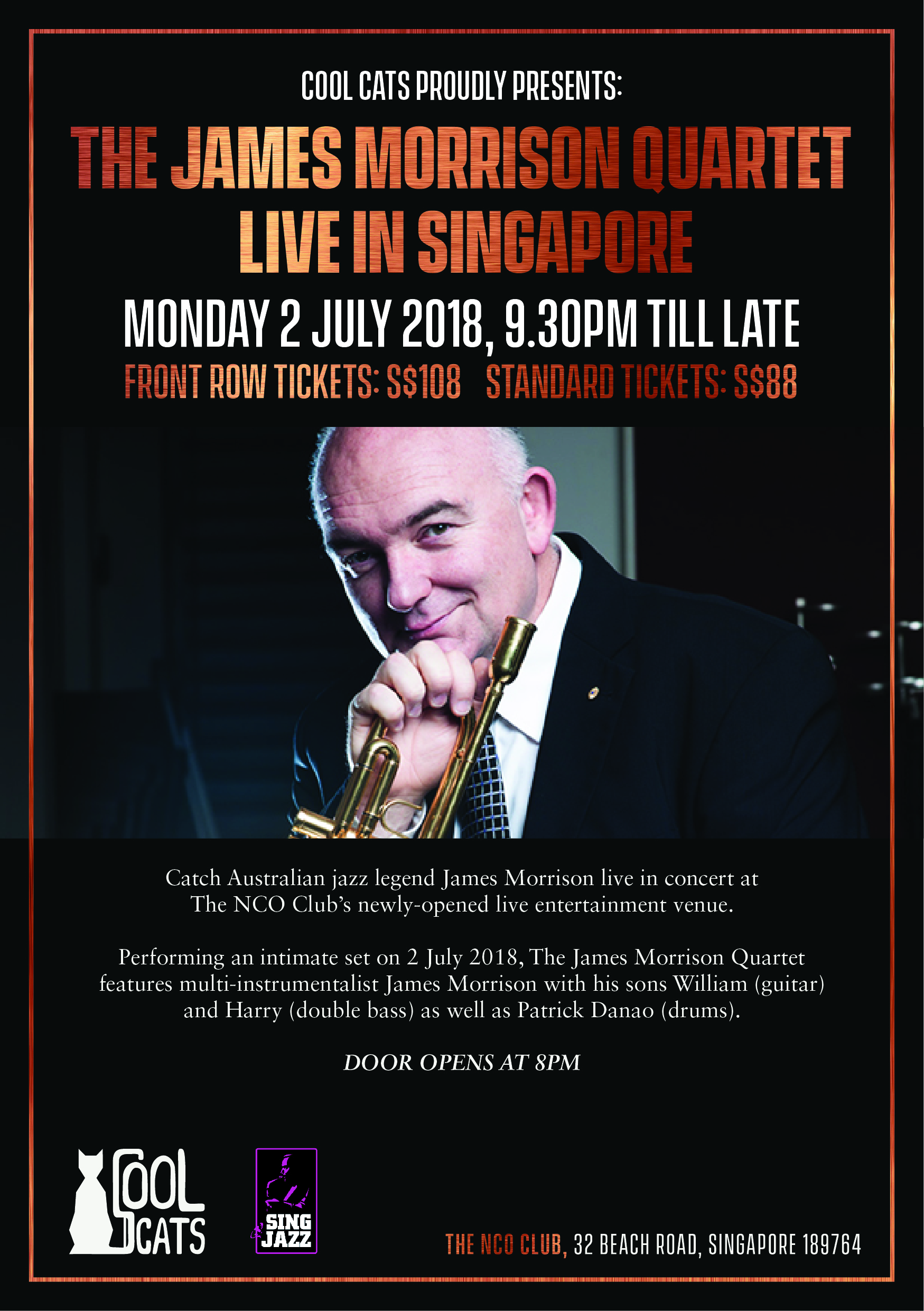